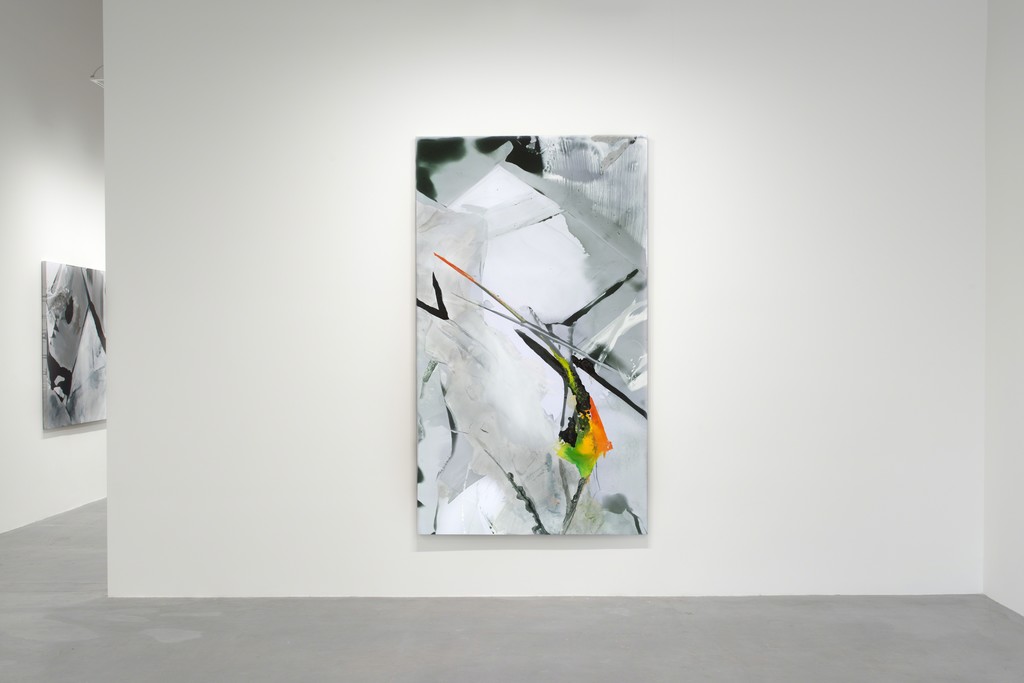 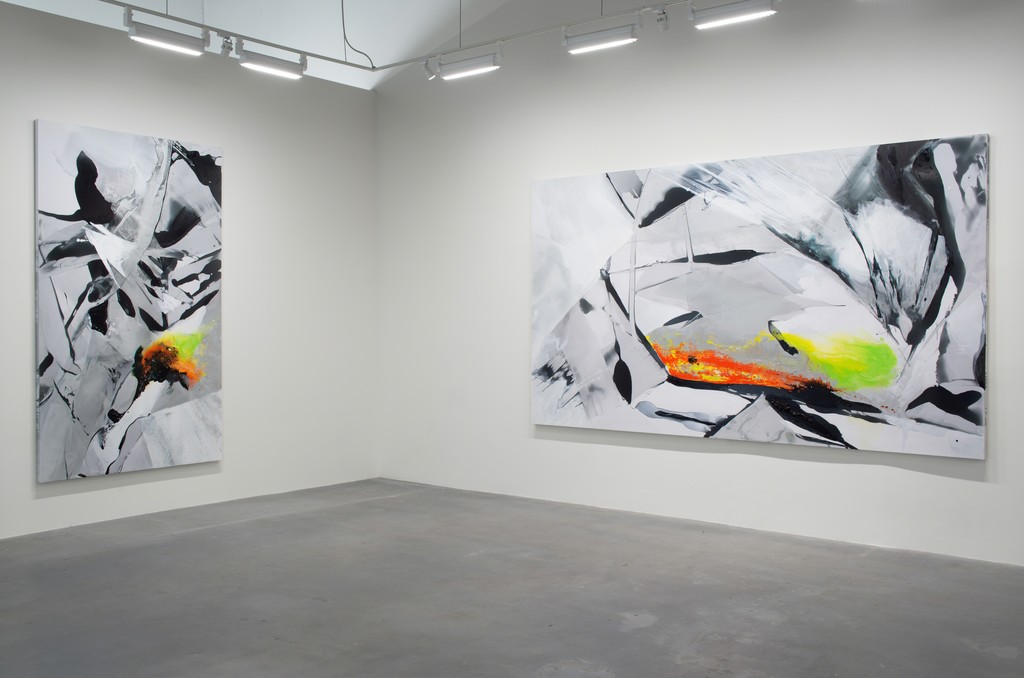 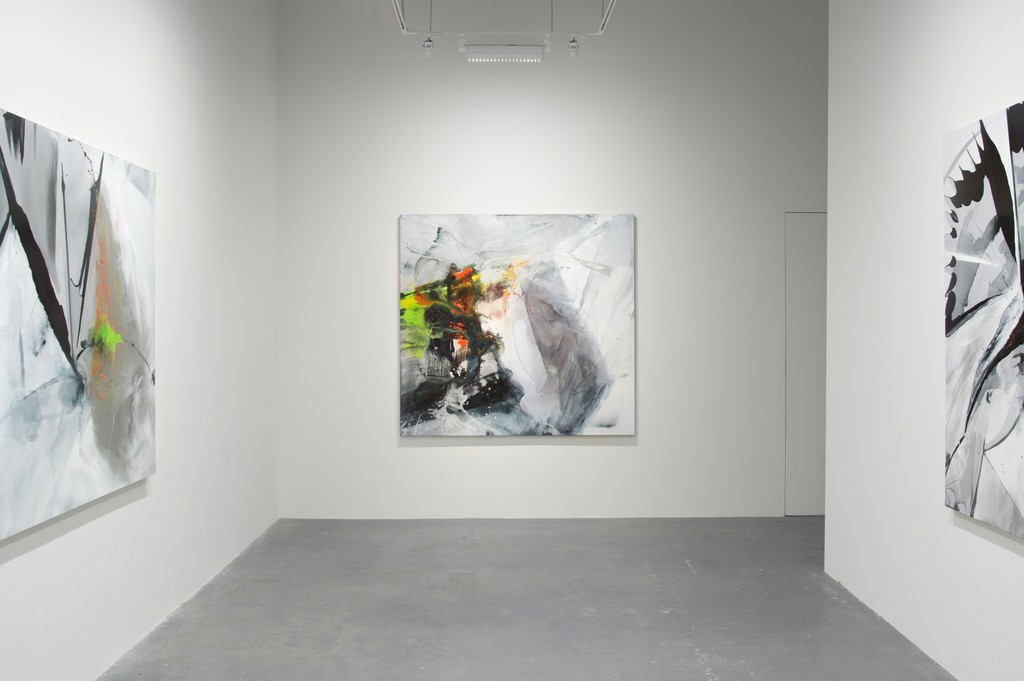 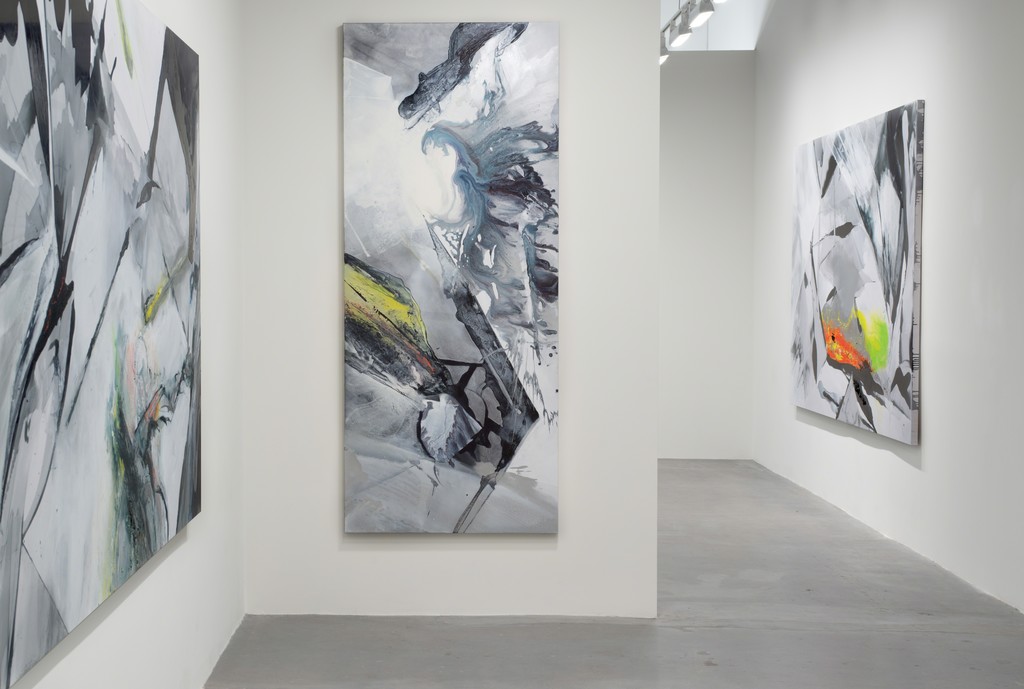 Ruptures happen to reality; we’re helpless on that matter. They create metaphysical abysses in which time’s nature is unveiled for us. A time that is not a substance but an energy that links events in ways that allows them existence. (1)
from premonition, by Etel Adnan

Moskowitz Bayse is pleased to announce STREAM, an exhibition of nine new large-scale paintings by
Los Angeles-based artist Claire Anna Baker. The exhibition marks the artist’s second solo presentation with the
gallery, her first in its permanent Hollywood space.

Claire Anna Baker’s works speak to the tradition of drawing-based painting that extends and merges concerns of
written form with those of visual representation(2). Grounded in observation, and structured akin to poems, her paintings express a drawn language that pushes beyond itself to sensation, relating to such contemporary artists as Etel Adnan, Elizabeth Murray, and Pat Steir.

Sequences of mark-making move from layer to layer as in stanzas experienced all at once, the cadence expressed
in light and line. Each sweeping mark becomes both object and shadow, illuminating further levels of light held
within the surface. Choreographed movements with the artist’s oversize mechanical tools extend each mark beyond
her body. Offering an expression of the hand that is distilled, distanced, yet urgent, kinesthetic lines define
the space within each composition. Dense blacks fix stillness, while sheer grays allude to the shifting of planes.

Opaque color ruptures the nearly photographic black, white, gray, and aluminum tonal densities in the overall
composition. The color functions as a displaced form set against a void-like space in reverse—becoming a void
itself—the color additively cutting the surface with a subtractive effect like that of a physical gash. In the foreground, this saturated break links continuously to the ground of the painting through the rhythm of light. This
heightened contrast is a mirror for the ruptures within our contemporary society.

Claire Anna Baker (b. 1983 Berkeley, CA) earned her MFA from UCLA in 2008 and her BA from Brown University in 2005. She received a Pollock-Krasner grant in 2011. She lives and works in Los Angeles.