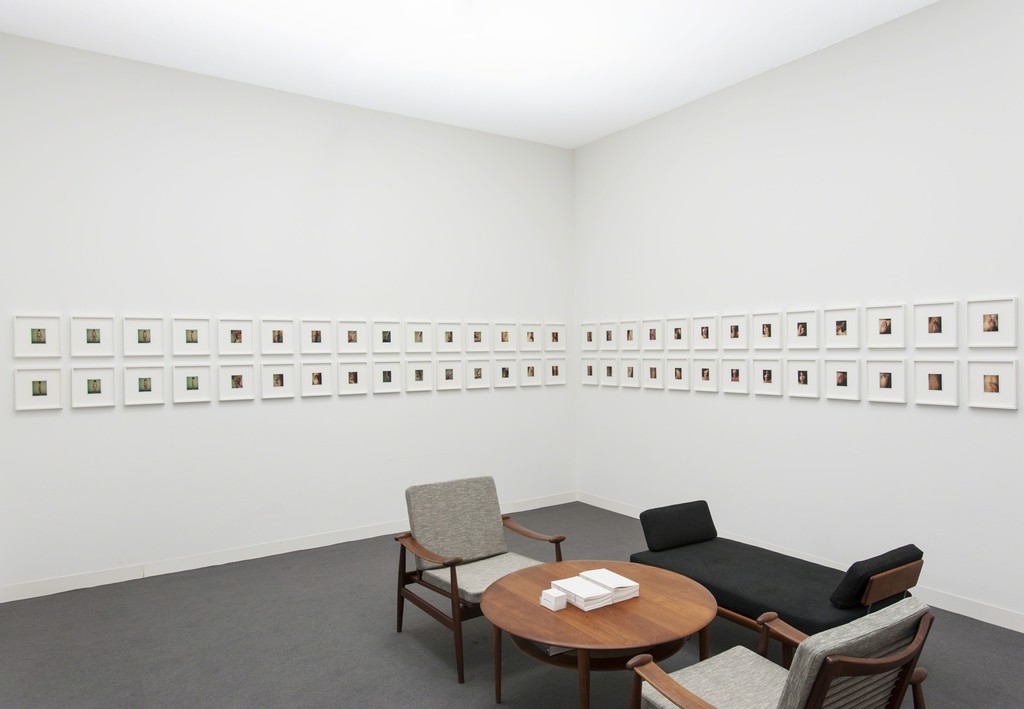 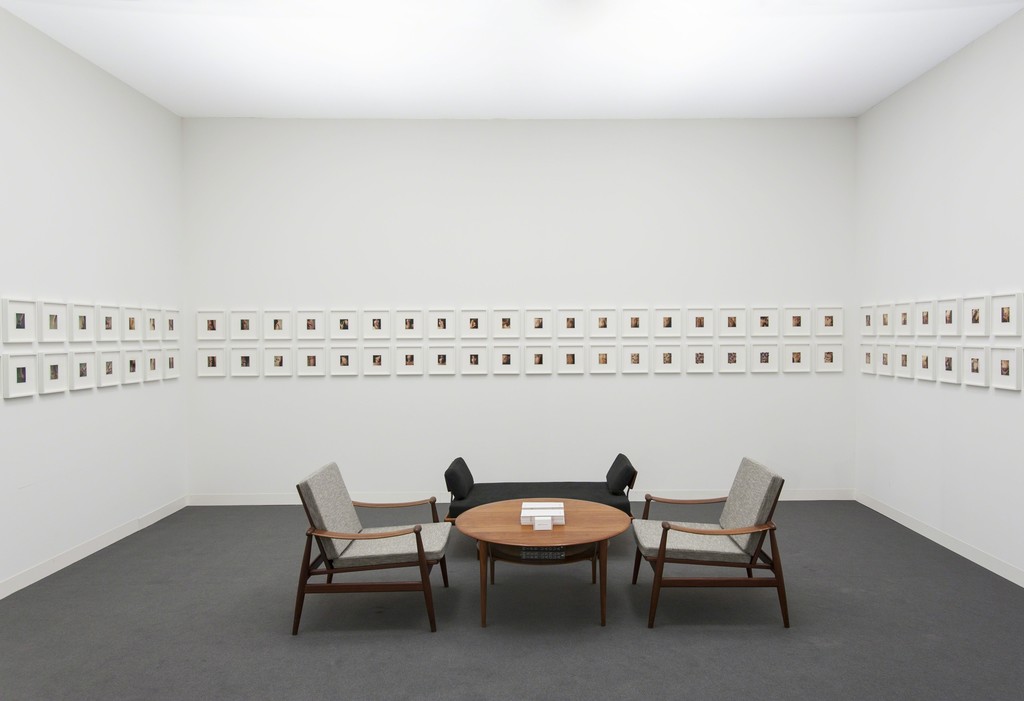 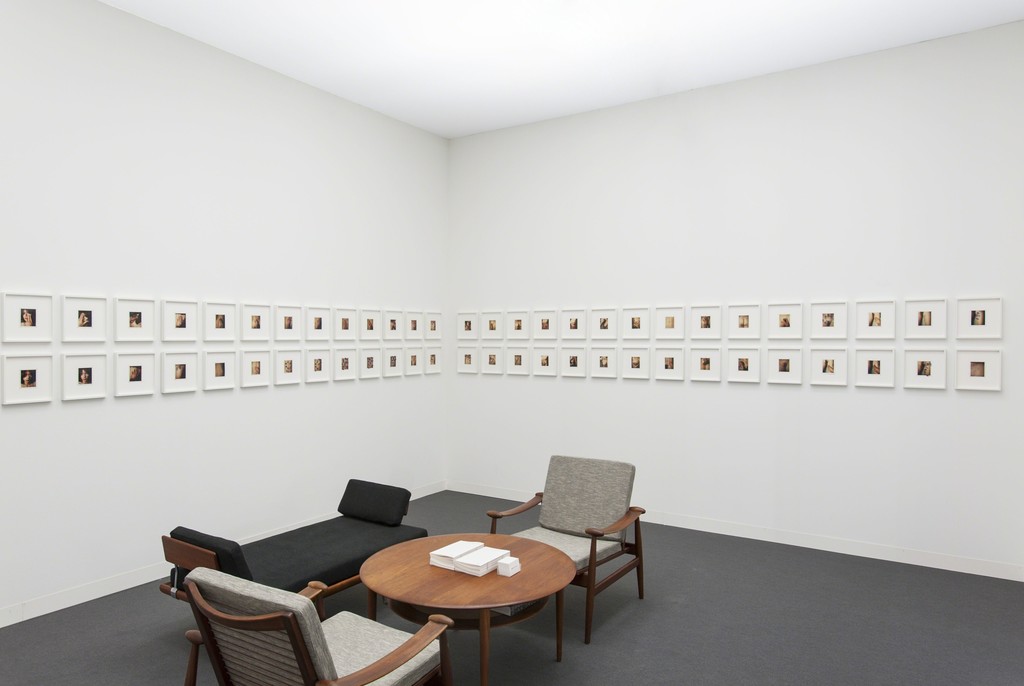 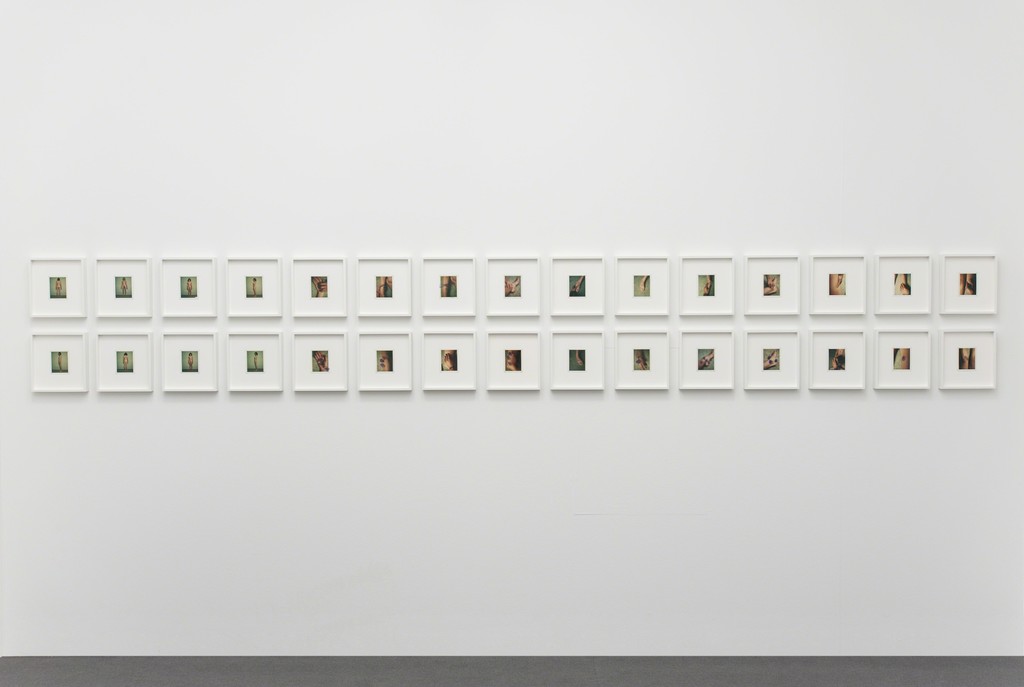 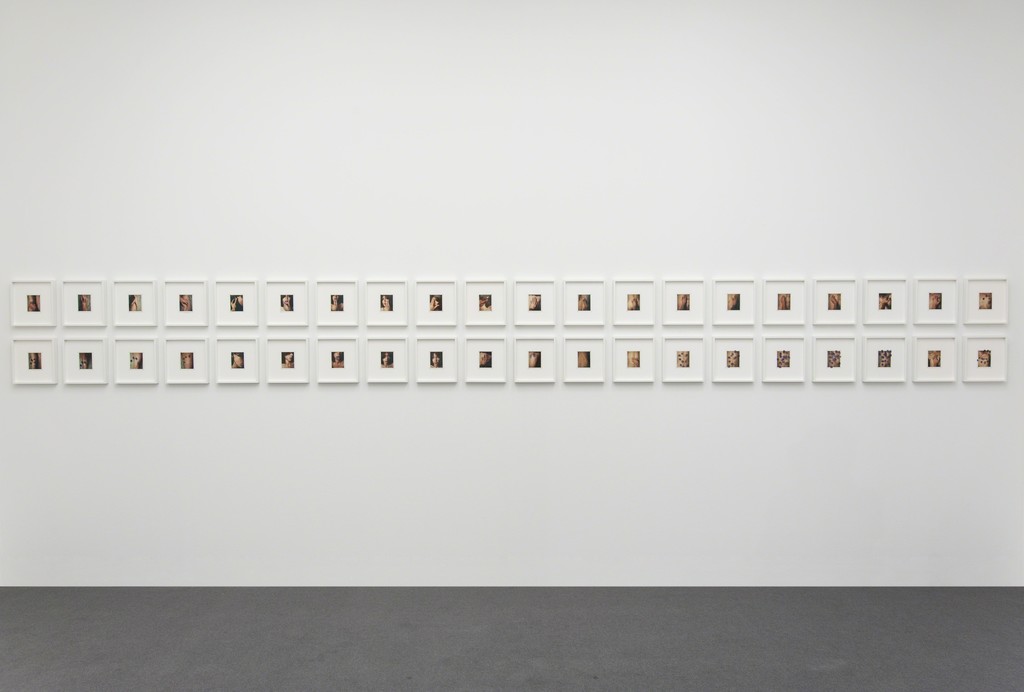 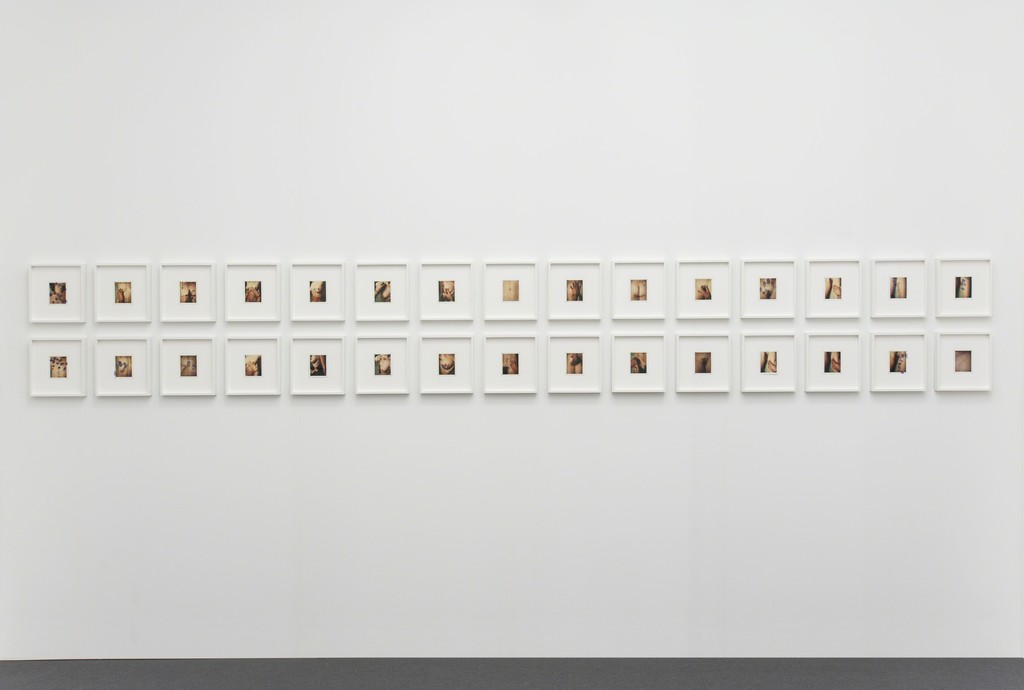 MOT International, London & Brussels is delighted to be presenting
Retouching Bruises (1975) by Ulay. Consisting of one hundred Polaroid
photographs, Art Basel Feature 2015 will be the first public exhibition of
the work in its entirety.
Significantly, Retouching Bruises pre-dates Ulay’s now iconic
collaboration with Marina Abramović (1976-1988), with whom he is widely
recognised to have produced some of the most influential performance
works of the 20th Century. Setting a substantial precedent to this
partnership, Retouching Bruises demands a contemporary reassessment
of both Ulay’s solo career, and the Abramović/Ulay collaboration.
Combining photography with performance, Retouching Bruises captures
an intimate series of actions, in which the artist and his partner mark
each other’s flesh with ink. A finger is placed on a collarbone, or grasps
a thigh, each time imparting a dark fingerprint onto the skin in a gesture
that maps one identity on top of another. Reiterating this exchange, Ulay
transferred his fingerprints onto the Polaroid photographs themselves,
reasserting the immediacy both of the action and the medium.
Ulay had many early collaborators, notably Jürgen Klauke and Paula
Françoise-Piso, while Retouching Bruises was produced with avant-garde
musician Charlotte Moorman. However, Retouching Bruises should be
considered exceptional, as it is a direct example of the experiments with
identity, the body and performance that later characterized Ulay and
Abramović’s work together.
MOT International will contextualise Retouching Bruises with Ulay’s
Polaroid pieces from the same period, in which the artist tested
delimitations of gender codes and explored androgynous representations.
These include works from the Renais-Sense (1972-75) series, produced
with Paula Françoise-Piso, and signed with the composite name PAULA-
Y, in addition to the triptych Ich bin Ich (1974). This presentation
at Art Basel Feature reveals a tenacious body of work that decisively re-appraises accepted narratives on Ulay’s career. In underlining his
radical interrogations of male/female dynamics, Ulay’s enduring and vital
importance to performance history–in his own right–is articulated.
Ulay (b.1943, Solingen, Germany) lives and works in Amsterdam, The
Netherlands and Ljubljana, Slovenia. Recently Ulay’s solo work has been
exhibited at artevida, Rio de Janeiro; Venice International Performance
Art Week, Venice; Tate Liverpool; Schirn Kunsthalle Frankfurt; Lentos
Kunstmuseum Linz; upstream Gallery, Amsterdam; Jewish Museum,
Vienna and Salon Dahlmann, Berlin.