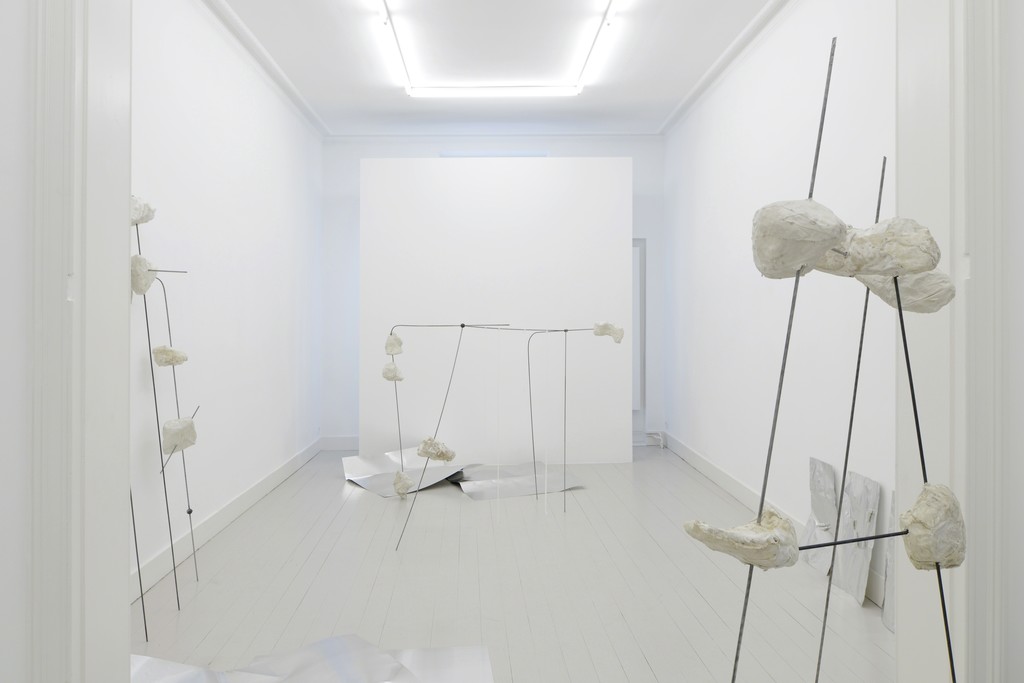 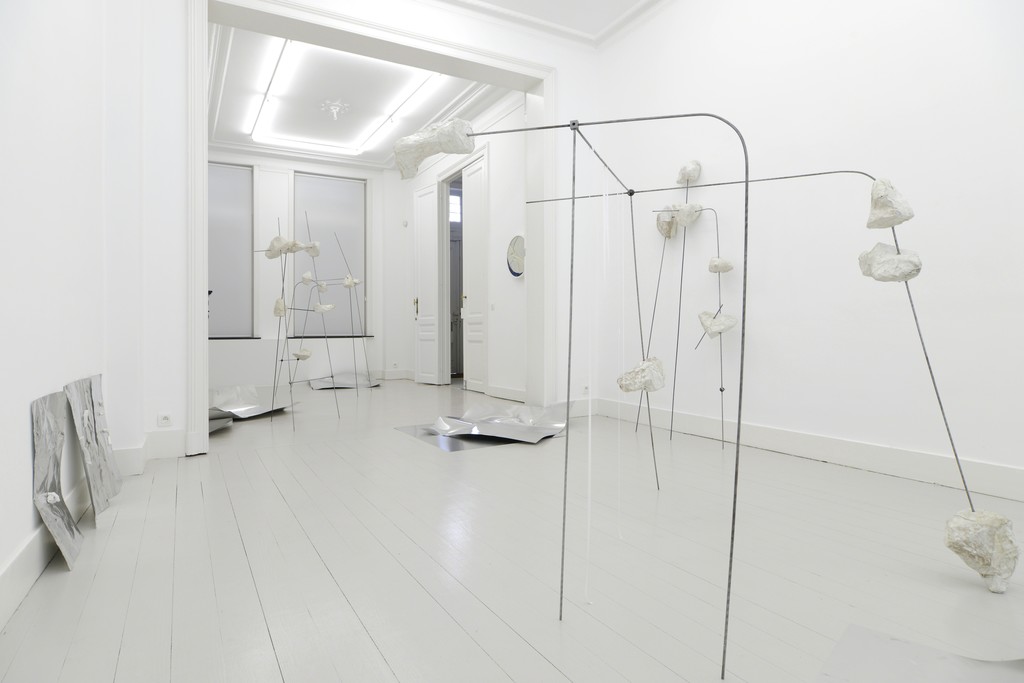 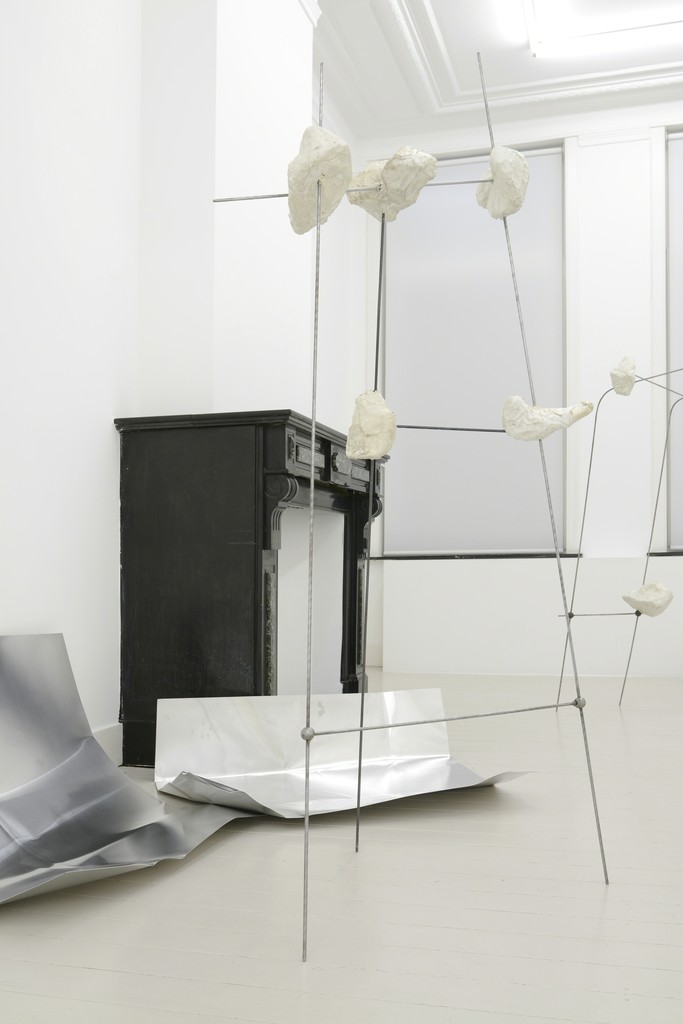 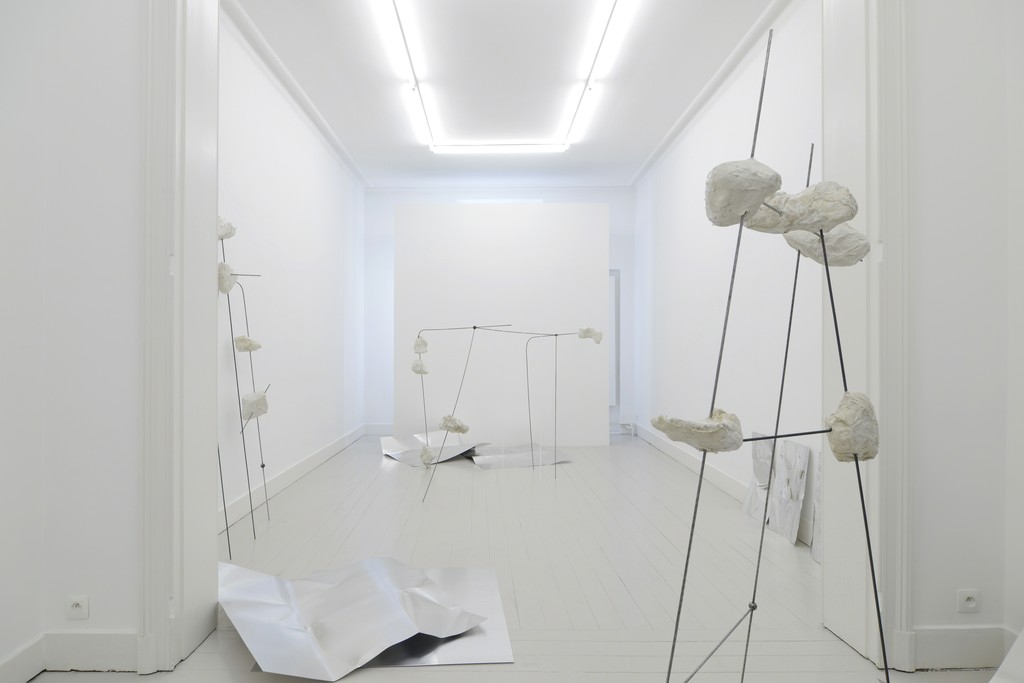 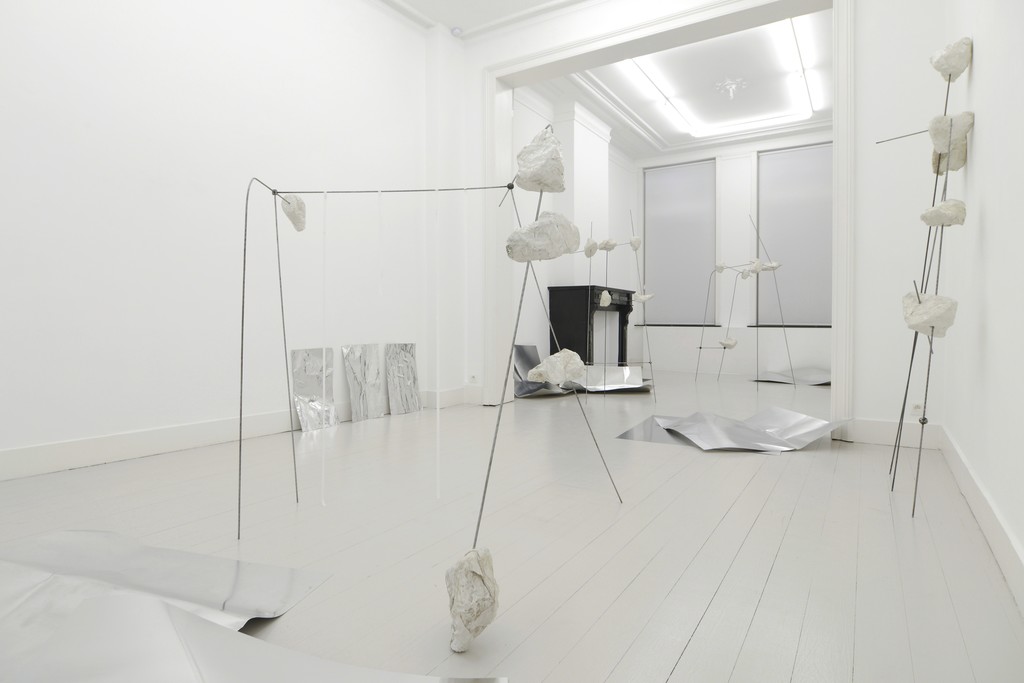 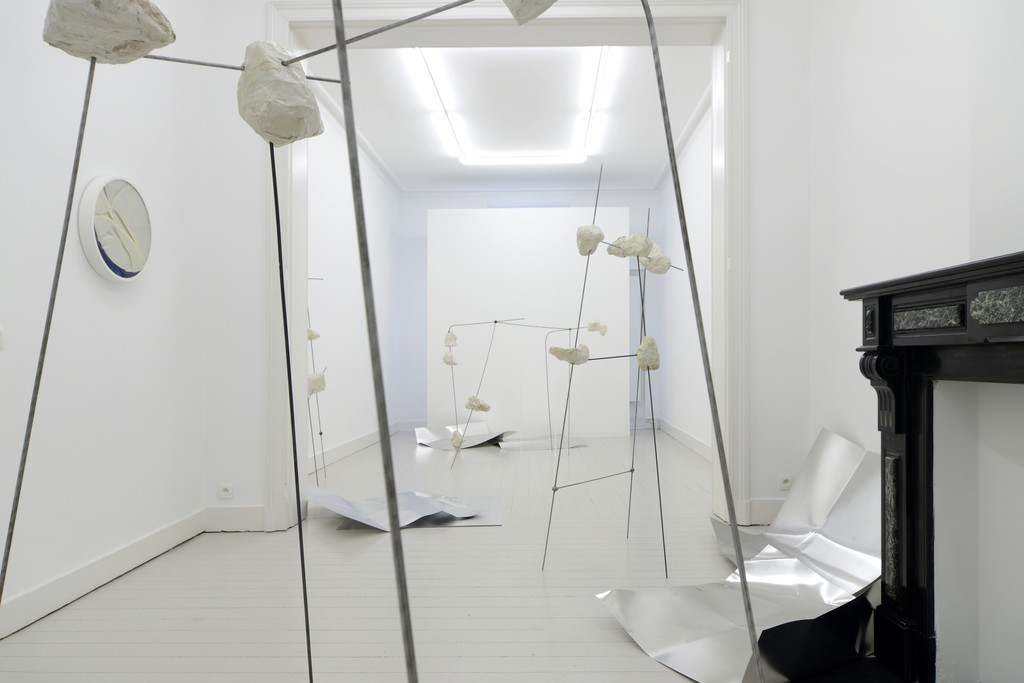 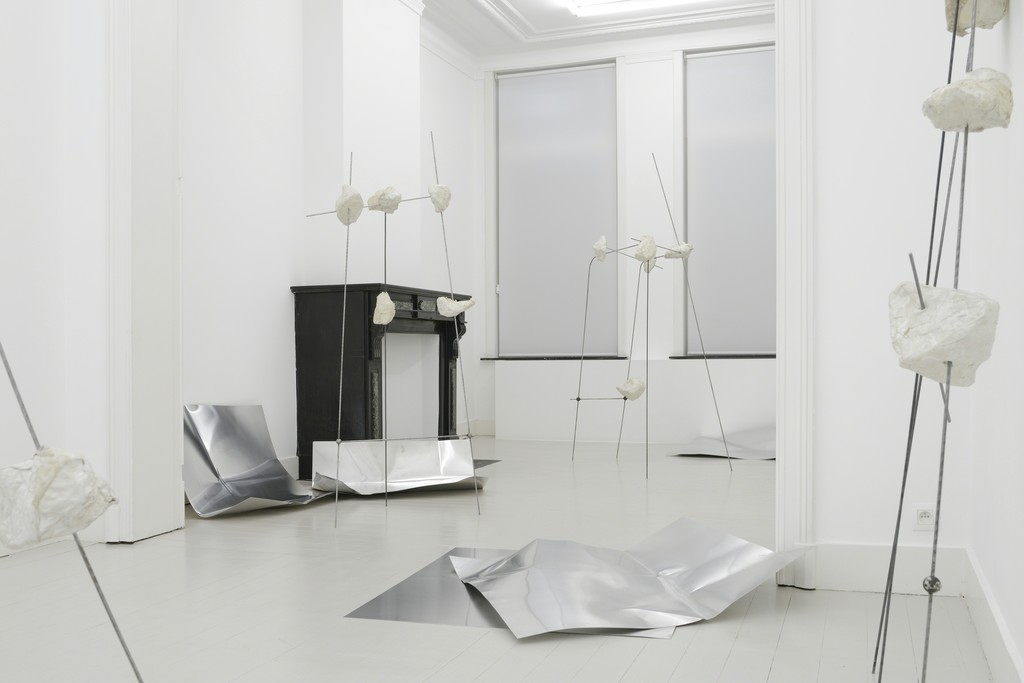 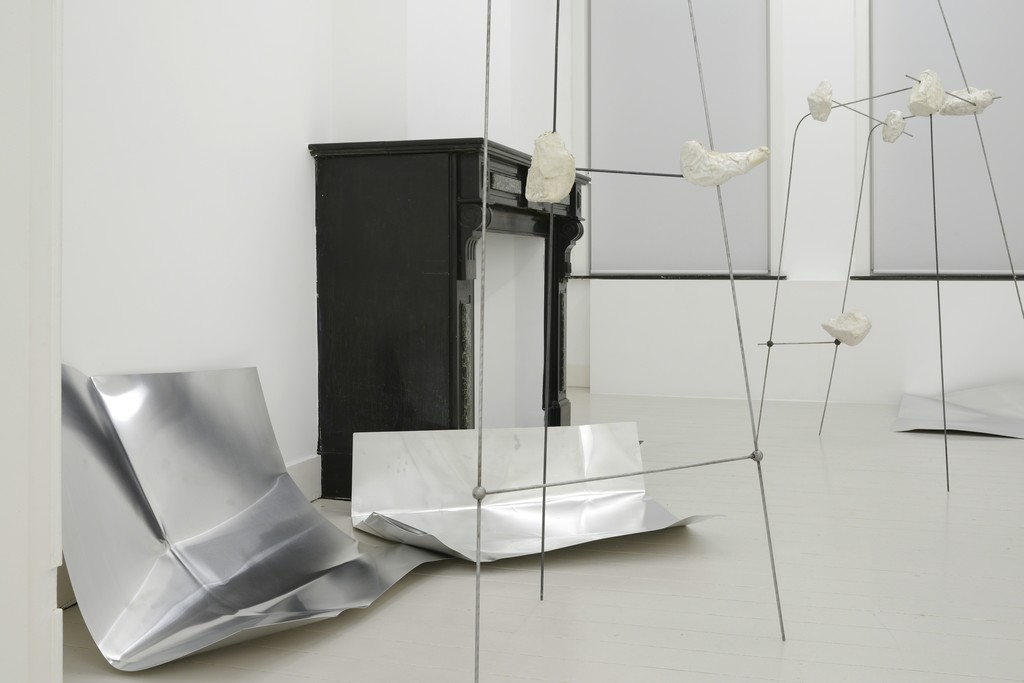 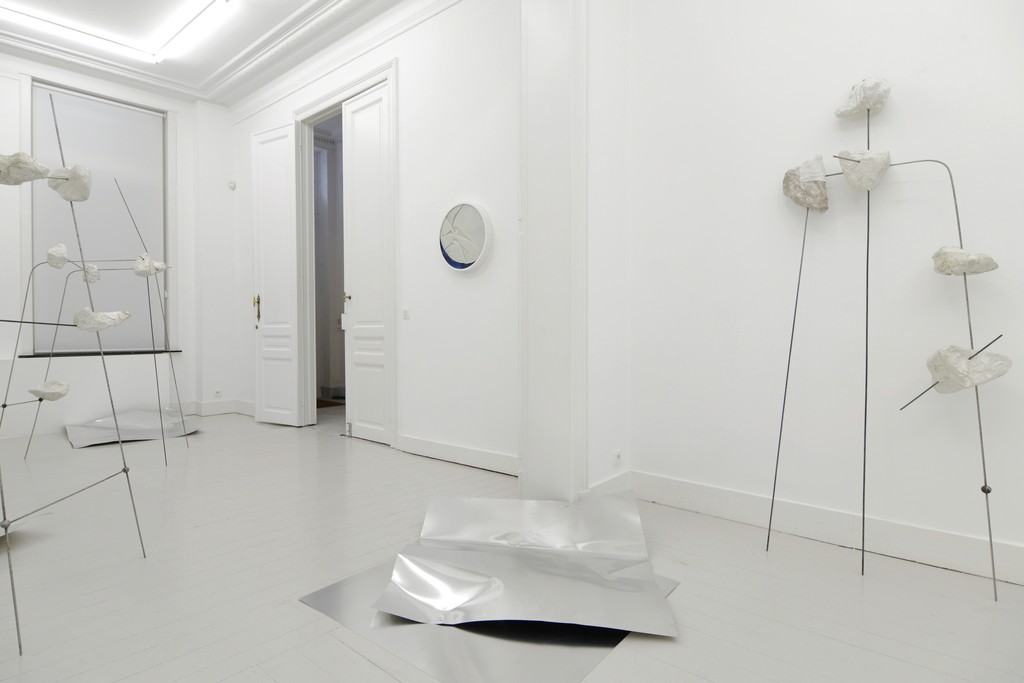 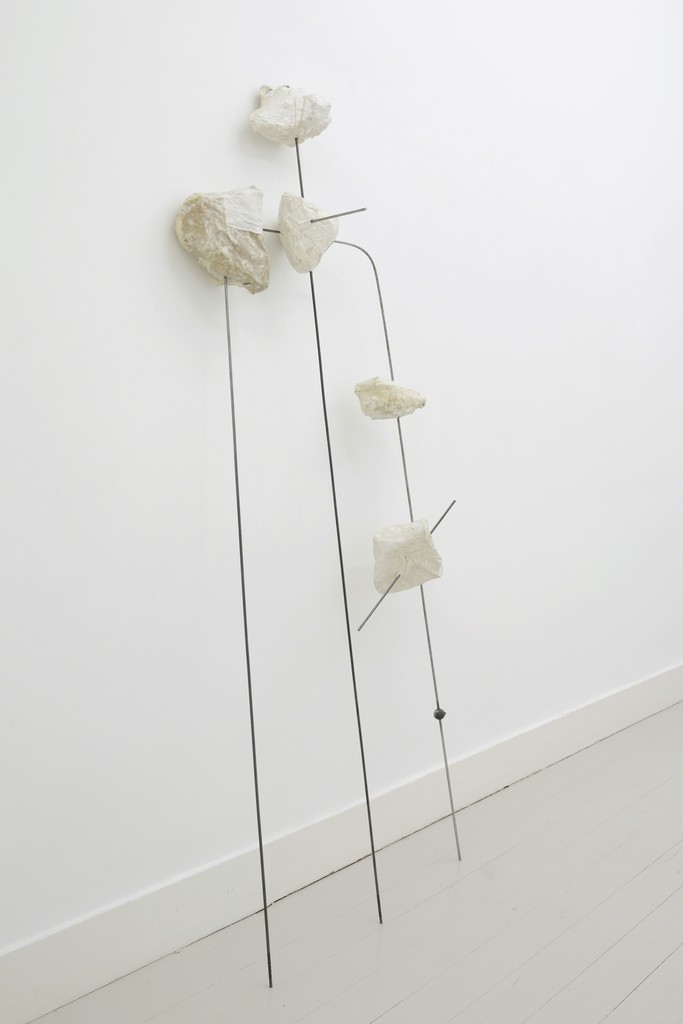 Press Release
The first pictures of the earth and the moon triggered a global awareness of the unique and fragile nature of our planet. The Apollo program promoted the dissemination of innovations in the field of materials science and engineering and promoted advances in computers and technology.
Vanessa Safavi’s exhibition Airbags was inspired initially by NASA tests and simulations of crashes, accidents or gravity tests used to prepare astronauts for space missions. A decrease in bone density and muscle mass, balance disorders, sleep disturbances, cardiovascular irregularities and immune system depression are common symptoms experienced by astronauts during a mission. Intense preparations are required in order to reduce the syndromes. The title Airbags evokes impact, when the physicality of the matter meets the human body. At the very moment or the very limit when the body transcends to a different sphere, it enters a process that Lygia Clark located as “where the frontier between body and object is broken”.

Safavi is interested in the alienation that we have with our body. She believes that this alienation exists in the hybridity between the tool, the unconscious desiring machine and hyperreal object.

The exhibition developed her research on the interpretation of the body as a physical form more than social or cultural entity. More generally, she is interested in the way our modern cultures colonize nature. When the space mission sent advance technology satellites and space probes to observe and collect data from space, it was a form of colonization. But more than that, developing intelligent machines to increase this form of colonization provoked political fears and human curiosity.

This phenomena of hybridization prompted Safavi to develop a new series of sculptures made from steel, silicones and bandages. The works attempt to be a synthesis between the human body, the satellite and prosthetic devices. Like all the pieces in the show, they endure the mutability between nature and technology. Fragile, delicate, and aerial, their physicality stands between floating satellites and medical devices irregularly shaped, with anthropomorphic banded shapes covered by silicones—hybrids of human organs and asteroids.

industrial materials that appear in transition between different states: solid, liquid, animated. Working with silicones allows her to suggest a topologic ensemble of forces and materials that draw a vast world of connections between body fluids, the suffocation of the skin and the organs and the information between inside and outside.

Evoking the atrophied body, the work of Safavi also highlights a certain vision of the female body. Through the use of fragile materials and vulnerable gestures, she composes a fiction of the body, which becomes itself an object, the receptacle of a lived physical experience. Her work, marked by poetry, emphasises all at once the pain, shock and conscience of the body when it is ‘out of whack’.

Safavi’s reference to Lygia Clark lays in the relation to the alienation of the body, the ‘quasi-body’. Clark’s urge for an intimate sensation of the interior life allowed her to cease classical production and to step towards a healing and therapeutic practice by making her “participative sculptures” happenings, which included people and healing objects. Looking into this practice but nonetheless witnessing her contemporary posture, Safavi combines materials to explore new forms and fashions that evolve our media technological being without however denying a therapeutic need.