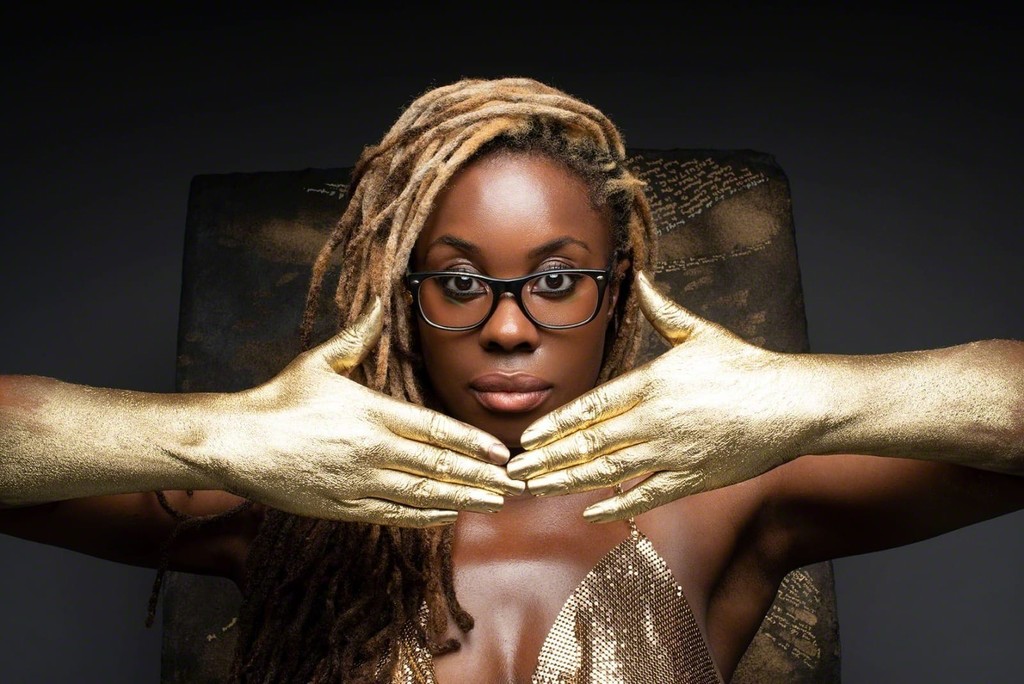 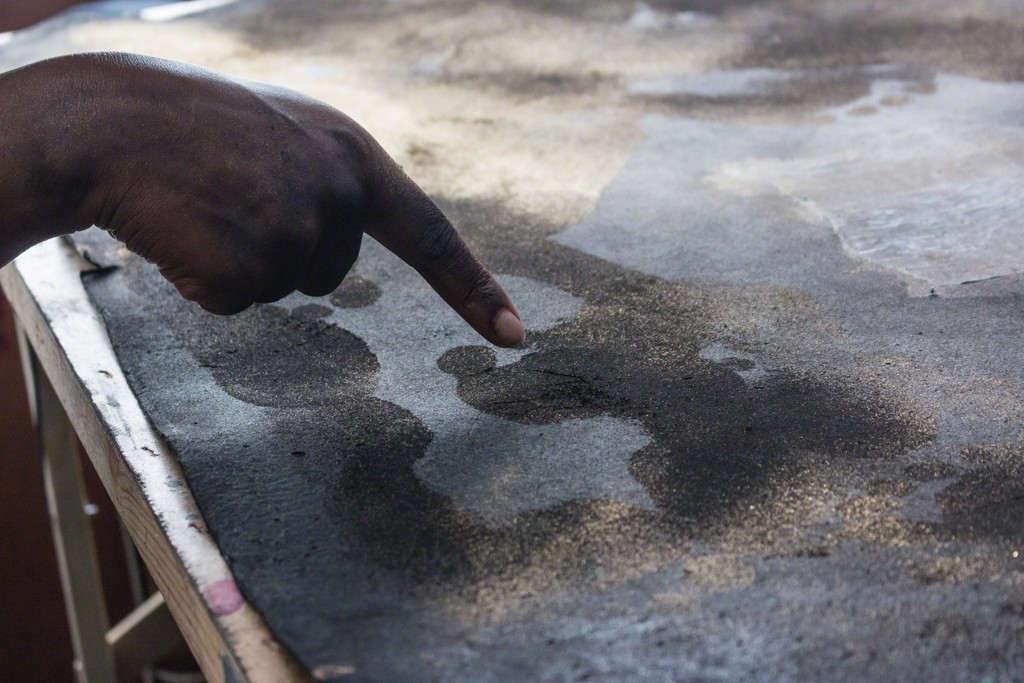 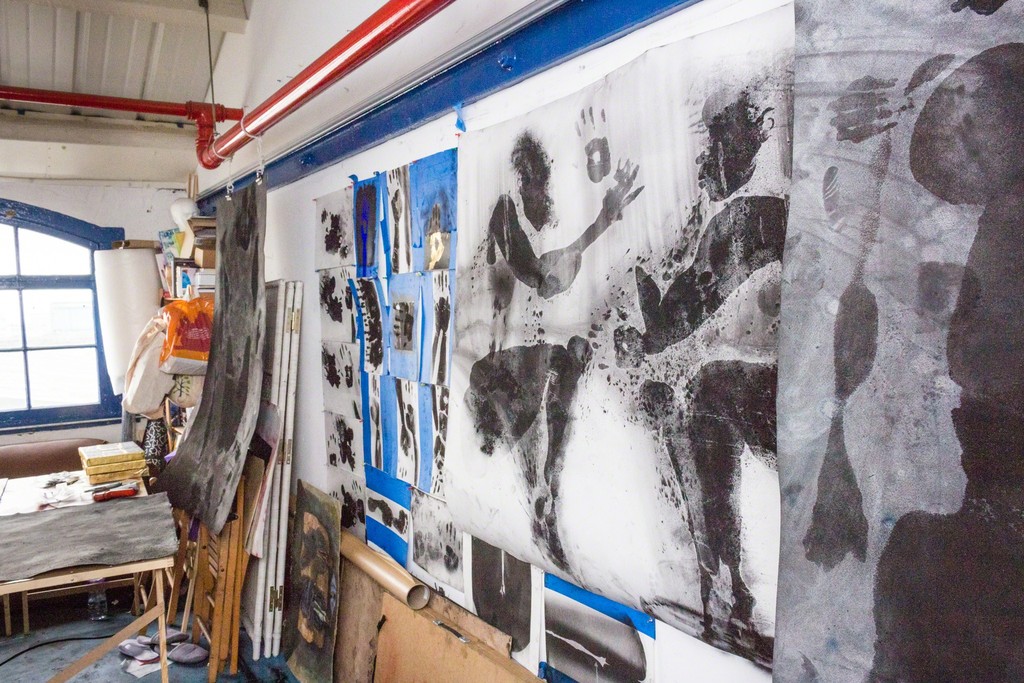 Genesis will see British artist Adelaide Damoah, member of the Black British Female Artist Collective, present a new and ambitious body of work exploring sexuality, gendered subjectivity and race. Simultaneously referencing and inverting Yves Klein’s 1960 performance Anthropométrie de l’époque bleue, which saw the artist use female participants as malleable ‘printmaking tools’, Damoah has instead assumed the role of living paint brush, using her own body to make painterly gestures, exerting her power as a black female artist. The shift from male director to female protagonist has enabled Damoah to redefine how the black female body is portrayed, deconstructing stereotypes as a means of reconstructing wider socio-cultural narratives. The artist has cited David Hammons and Ana Mendieta as key influences in the production of Genesis.
The exhibition, which comprises paintings, prints and performative works, will be accompanied by a dynamic events programme, including a live streamed performance by Adelaide Damoah, democratising the way in which the work is consumed, but also interrogating the complexities of internet culture and how we connect through performance. Though the work itself is complex and multi-faceted, it has been built around a minimal palette of black and gold. Speaking of this decision, the artist explained that ‘black and gold have been used both for aesthetic and metaphorical reasons. Black is evoking skin colour, but also absence as a lived experience. Meanwhile, gold is referring to Ghana's historical source of wealth which gave it its colonial name (Gold Coast), it also resonates on a personal level as…...’
Genesis is supported by MTArt Agency, under artist agent Katrina Aleksa, delete:’both’ (it’s the same entity as Katrina is a MTArt Agency agent’ renowned for providing platforms for the most exciting up and coming international artists.
“This year saw the must needed rise of support towards minorities, whether that’s gender or skin colour in our industry. Art shall be inclusive and represent everyone. Adelaide’s oeuvre positions her as an inspiring visual role model and challenging the status quo in performance art. We hope for this exhibition to celebrate a fairer future.” Marine Tanguy, MTArt Agency

The exhibition is presented in association with Bloomsbury Festival, a five-day celebration of the area’s pioneering creativity, built around an inspiring programme of arts, science, literature, performance, discussion and reflection. The overarching narrative around Genesis is congruent to that of the 2018 Festival which follows a theme of Activists and Architects of Change. This year marks the centenary of The Representation of the People Act 1918, which permitted women to vote for the first time. Whilst not all women (or indeed all men…) had the vote, it was a crucial moment in the campaign for equality and democracy. Bloomsbury has rich history of activism and is as radical now as it has ever been.
Ahead of the launch of Genesis, Adelaide Damoah will be exhibiting in Muse, Model or Mistress, an all female exhibition at Gallery Different, London (23 - 28 September 2018), which looks at the ever-evolving portrayal and perceptions of women in society, and specifically in the arts.