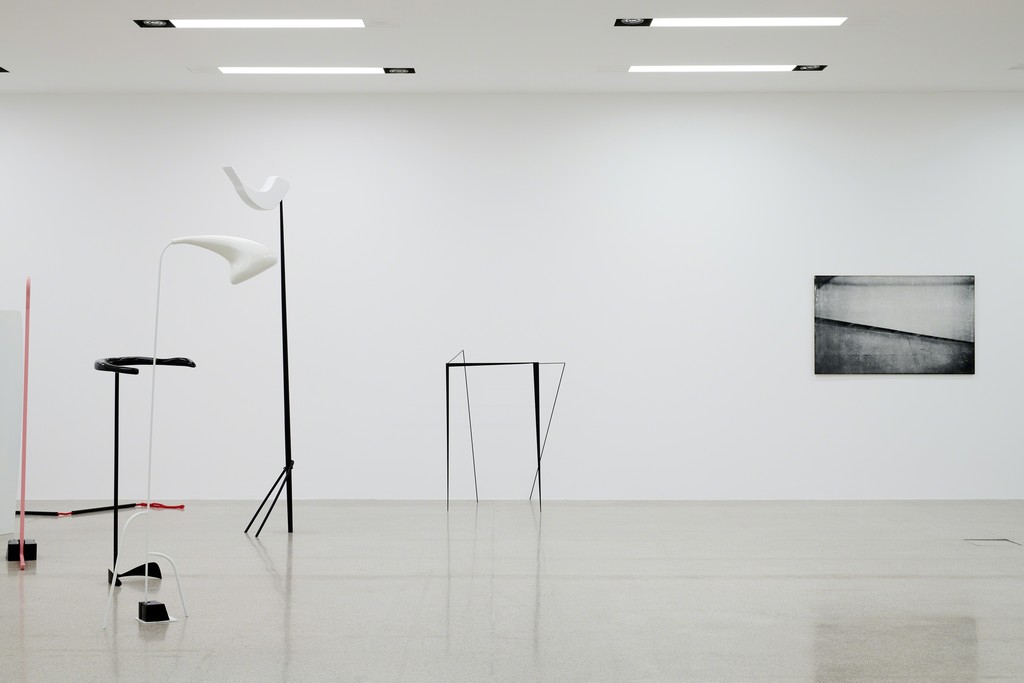 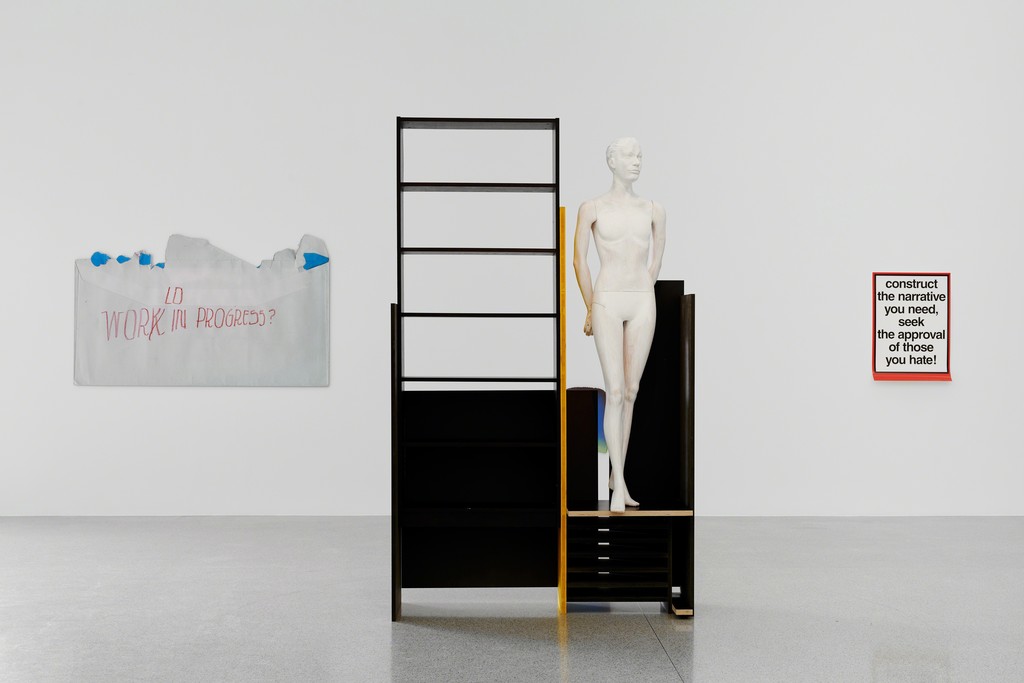 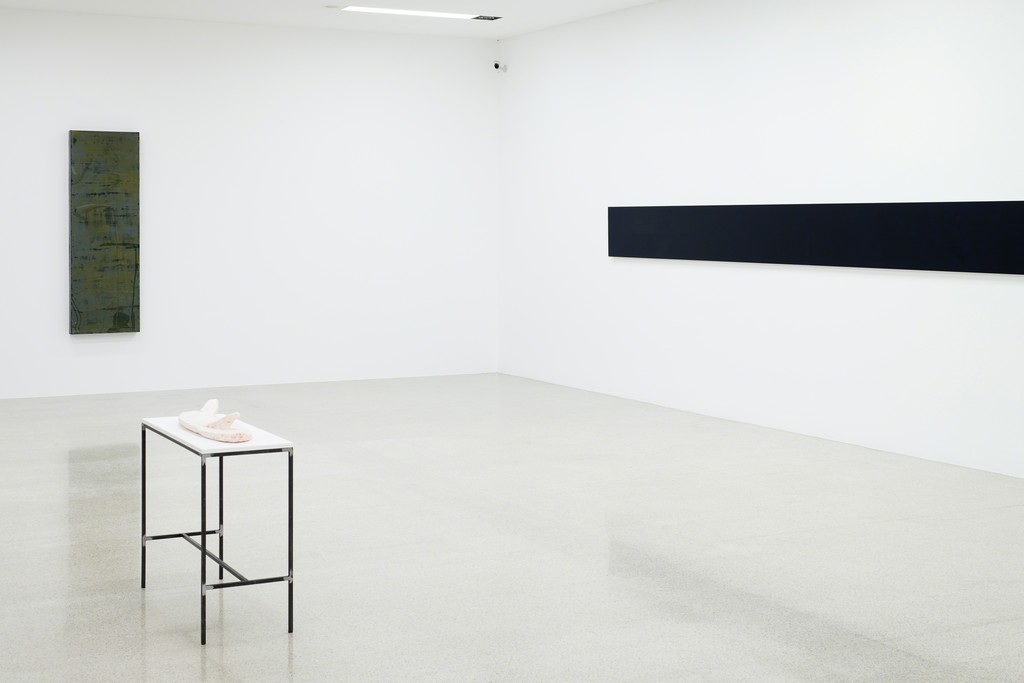 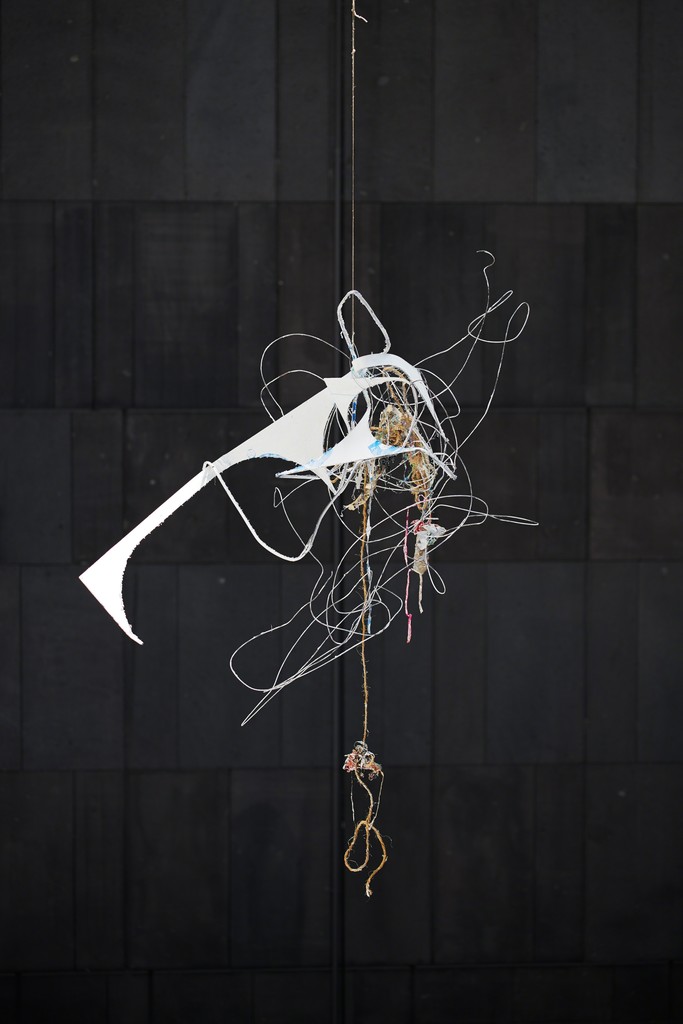 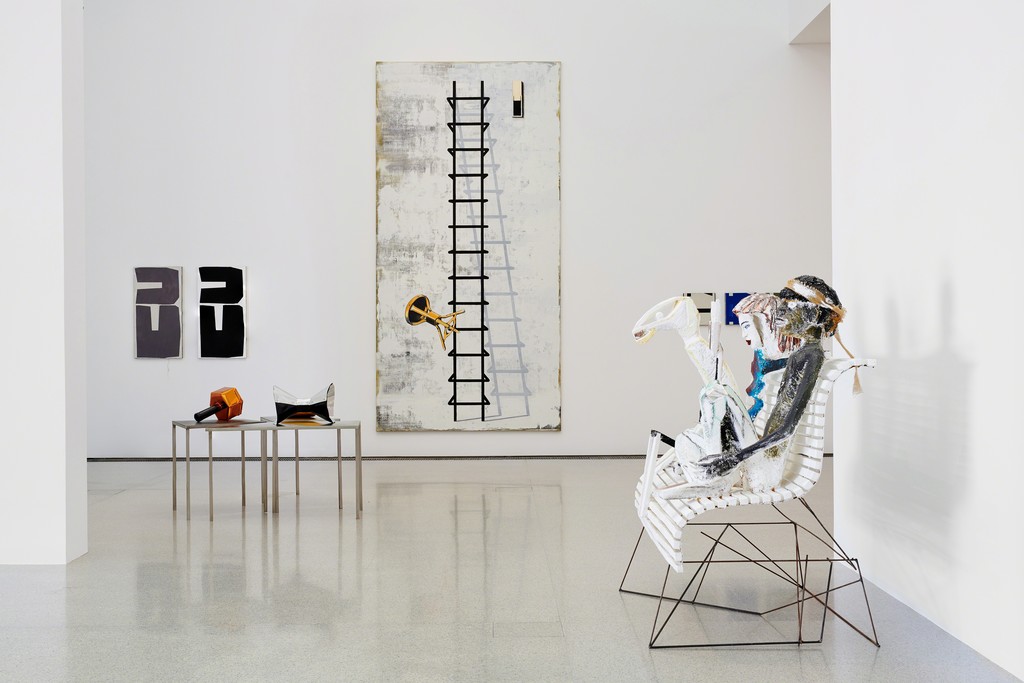 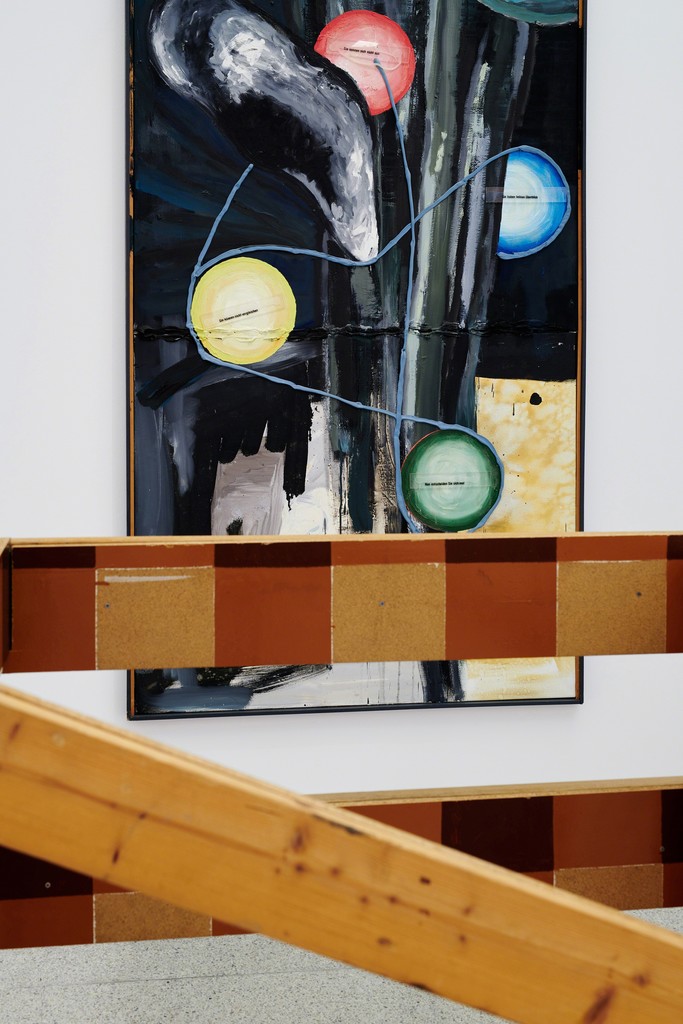 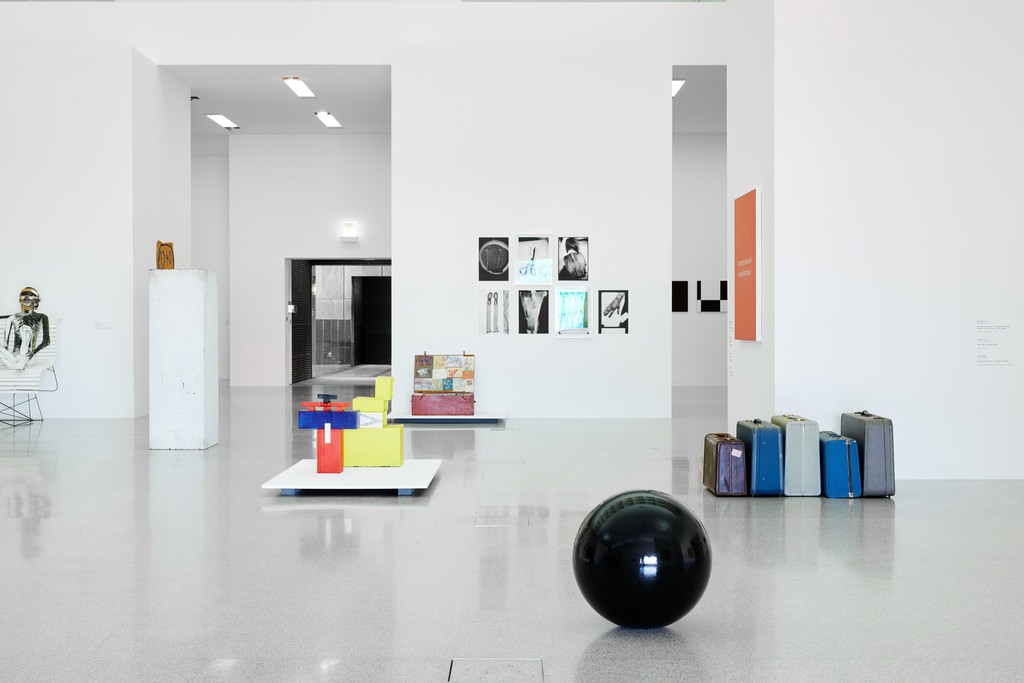 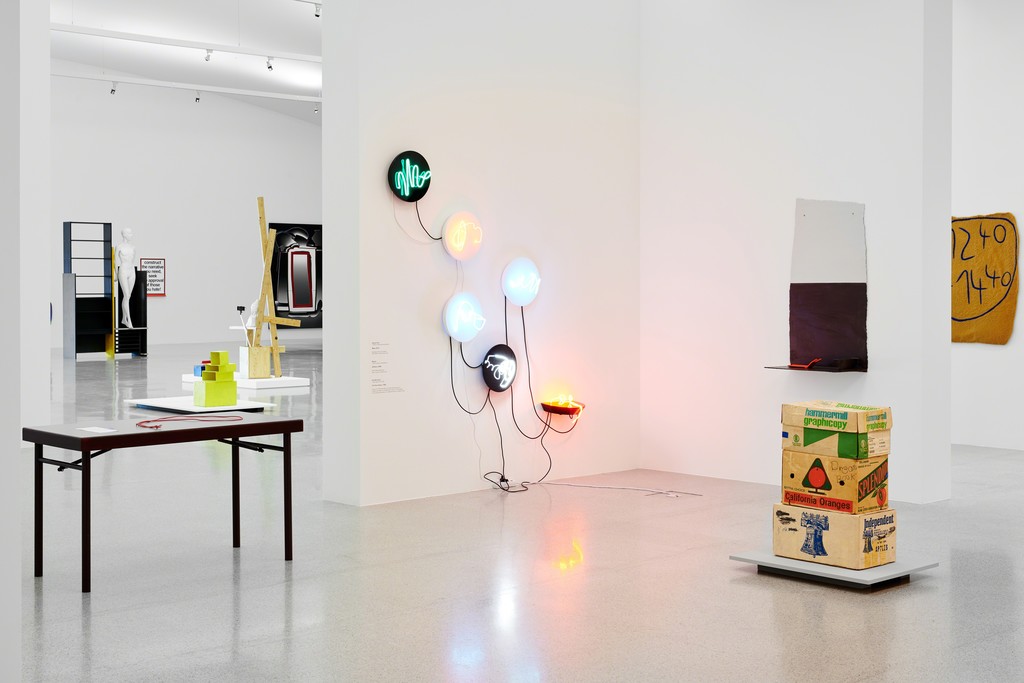 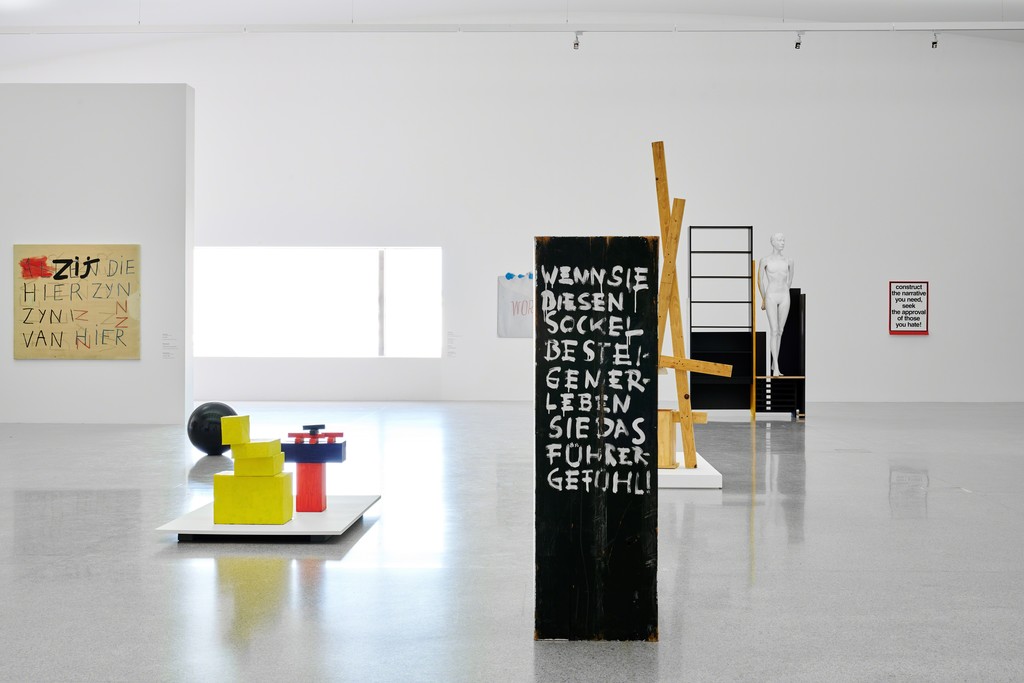 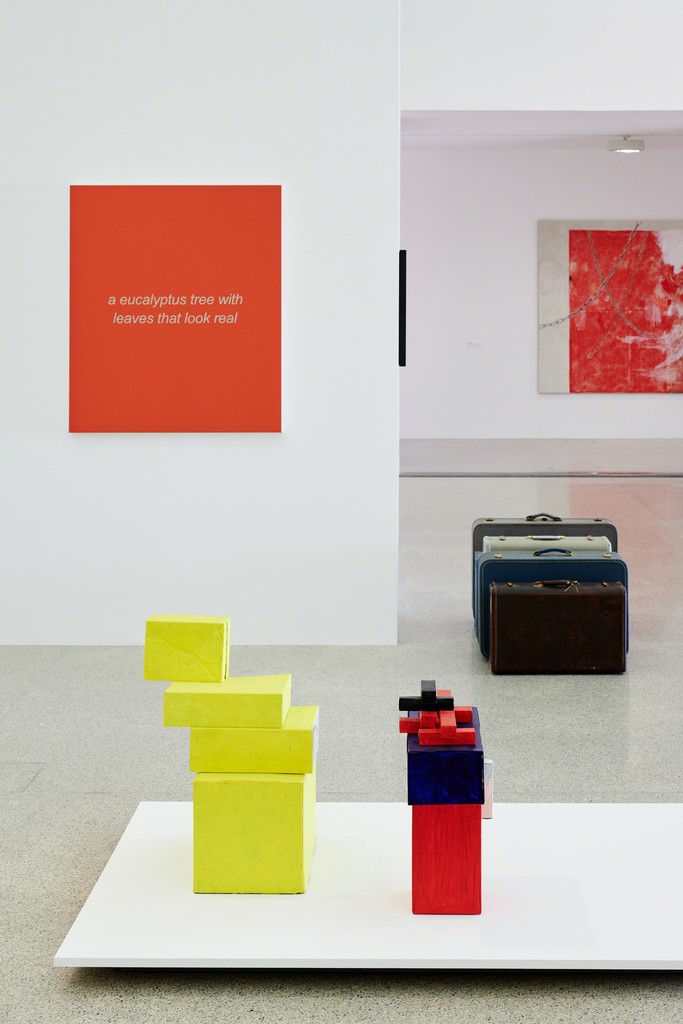 Gaby and Wilhelm Schürmann do not see their collection as just private property or a prestige object, but rather as an item of cultural value that needs exchange with the public. Their collection has been constantly growing since the late 1970s, and it provides an incomparable view of the development of contemporary art from the 1980s onward. This is a progressive statement on behalf of contemporary art that is anchored in social issues and sees itself as a form of communication. The rationale behind the collection, which is held in Herzogenrath near Aachen and in Berlin, is both creative and productive, and the two collectors’ practice can be described as a particularly free-spirited form of cultural production. The act of collecting is realized less in the processes of keeping and completing artworks and is instead understood mainly as an invitation to participate in the public production of connections. This very pragmatic and hands-on approach is manifested in sensual and unconventional gestures of presenting, including the principle of “comparative seeing.” In this sense, the Class Reunion exhibition, the title of which refers to a 2008 installation of the same name by artist Nairy Baghramian, will unravel an exciting, humorous, and surprising dialogue between the diverse artistic positions in the collection, establishing unexpected points of contact. One focus in this is on Viennese influences on this international collection and its networks.

Gaby und Wilhelm Schürmann take a hold of art, and of the practice of collecting, for intellectual purposes, subjecting them to continuous critical scrutiny. This implies a dynamic collecting philosophy. “Art and the ways in which we approach it,” Wilhelm Schürmann says, “are a never-ending process for me, which can and has to be continually changed. In public I am an interpreter, translator, and thus also co-producer. I am also there as a collector.” And Gaby and Wilhelm Schürmann reject notions of collecting according to a “contemporary canon” or as a way of amassing venerable works. They are more interested in features of art such as its relevance to reality, its openness and humor, its credibility and necessity. They also value the quality of what is not immediately evident. “I have always been interested in what you cannot see in a picture,” Wilhelm Schürmann says. The two collectors also welcome large installations that cannot be kept or shown in private spaces.

Collecting as practiced by Gaby and Wilhelm Schürmann opens up the possibility “to bring together very different perspectives and mentalities and to credibly interlink divergent approaches.” Collecting is not aimed at establishing a legacy, but is about the here and now. Wilhelm Schürmann has often criticized the timidity of both private and public collections when it comes to abandoning “the well-trodden paths of the mainstream,” and he has used his own curatorial and media activities to set a progressive counter-model against a lame “thinking on the safe side.” Art must and should be seen as an engine of exploration, change, and renewal. Like a conductor of music, Schürmann would like to utilize a concert made up of solos to “direct our perception but without any intention to lecture or to teach.”

A key factor initially was a thorough and very professional interest in photography. “Photography shaped the way I look at art, and art shaped my perspective as a photographer,” Wilhelm Schürmann says, thereby describing a mutual relationship that he knows to contain contradictions. Leaving the perspective of photography behind was ultimately only possible thanks to a more permanent interest in art. “By taking a full-time interest in art, I no longer see the world as a photographer does.” As a collector, Schürmann has been particularly interested in the work of August Sander, Robert Frank, Karl Blossfeldt, Larry Clark, and Bernd and Hilla Becher. He also collects film posters as well as documentary, fashion, and press photography, and he does not distinguish between fine art and applied art: “I really do not know what applied art is. In some way, art always influences the intention to make art. The intention can come from the artist, the viewer, or the mediator.” The interplay of different artifacts from different contexts engenders insightful exhibition formats.

Wilhelm Schürmann, who was born in 1946, developed his interest in art in the early 1980s in the context of punk and new wave music and their lifestyles. His first purchases were works by the Cologne studio collective Mülheimer Freiheit, but he later took these works out of the collection. In 1984 he also sold his collection of historical Czech photography to the Getty Museum in Los Angeles. His connections to works by Günther Förg, Georg Herold, Martin Kippenberger (who like Schürmann was born in Dortmund), Meuser and Albert Oehlen have remained significant throughout the history of the collection. From 1984 to 1986 Schürmann curated exhibitions of contemporary art at the CCD photo gallery in Düsseldorf, which was owned by F. C. Gundlach, and he encouraged some artists there to take an interest in photography. In the early 1990s the focus of the collection shifted toward American art, including West Coast influences (Jack Goldstein, Mike Kelley, Liz Larner, Paul McCarthy, Raymond Pettibon, Stephen Prina, Jason Rhoades, Julia Scher, Christopher Williams). Since then the collection has been expanded continuously, with works by international artists including many Austrian artists.

We wish to thank the mumok sponsors, Dorotheum and UNIQA, and our media partners Der Standard,
Falter, Wien live, and Ö1.