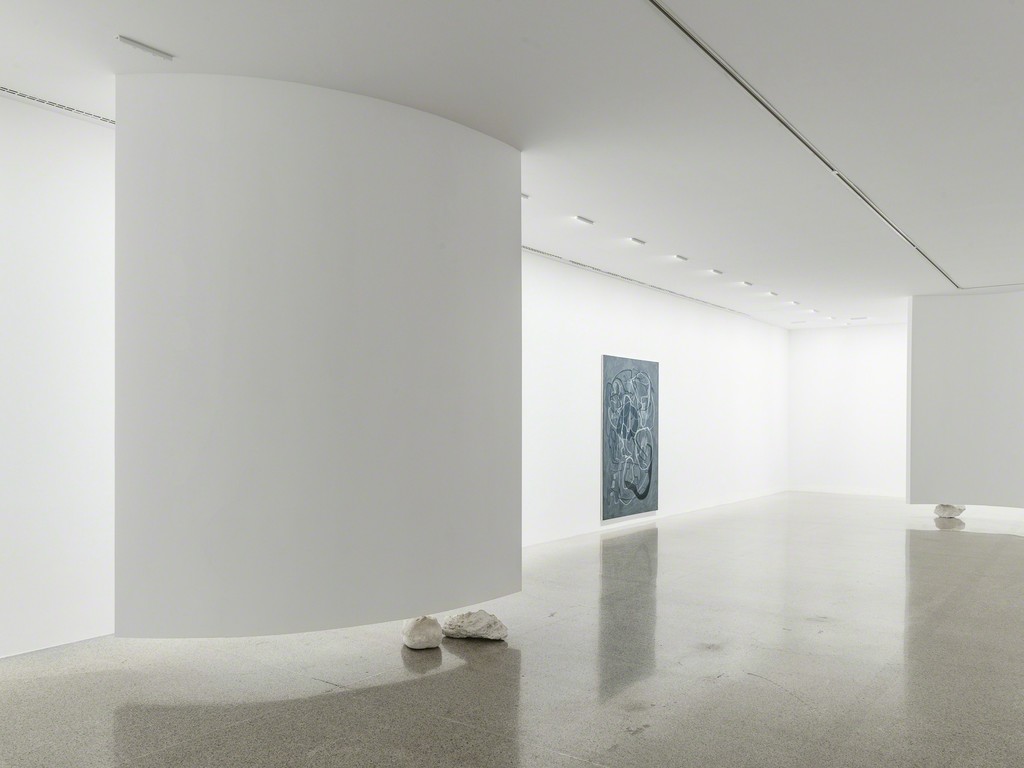 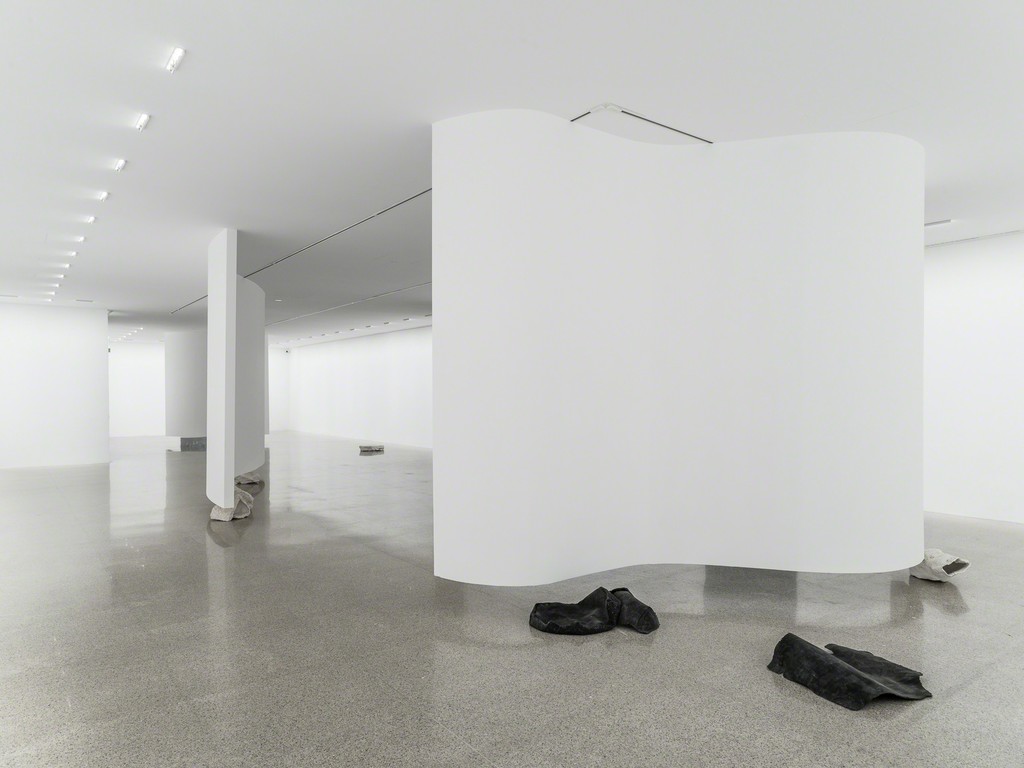 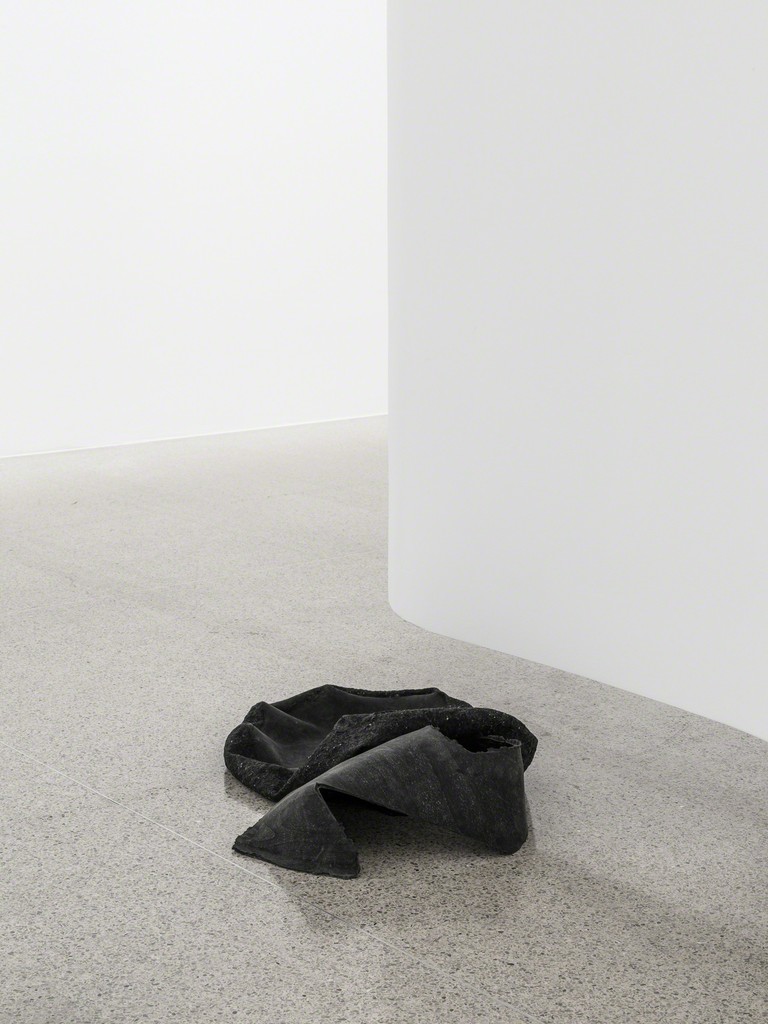 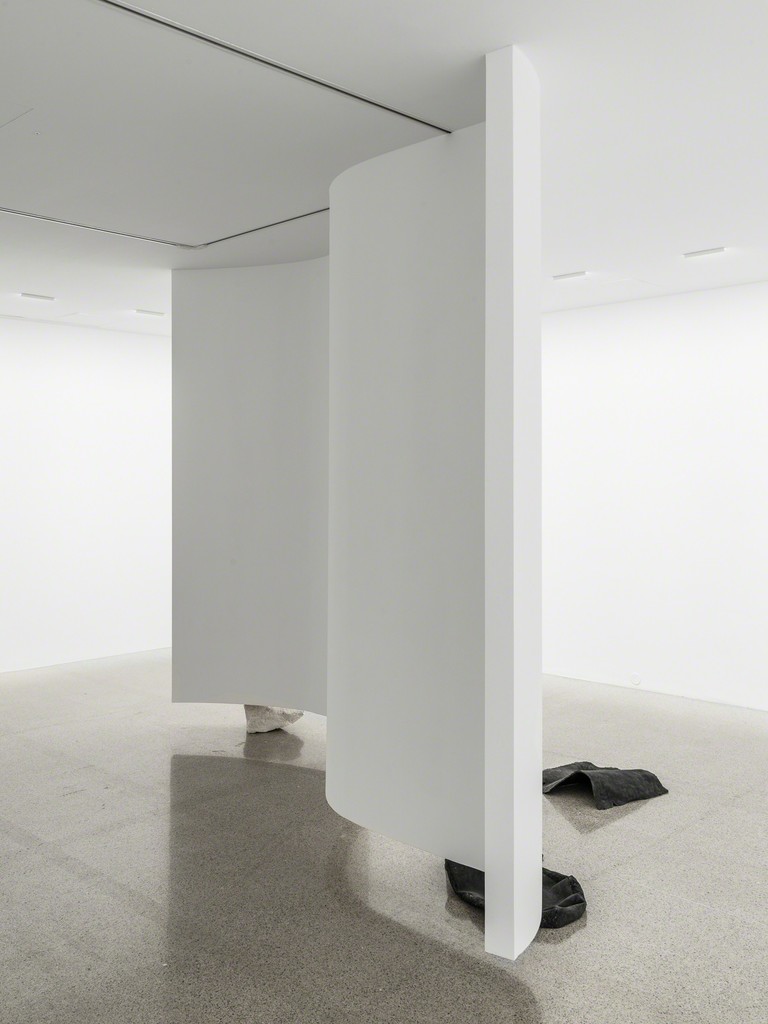 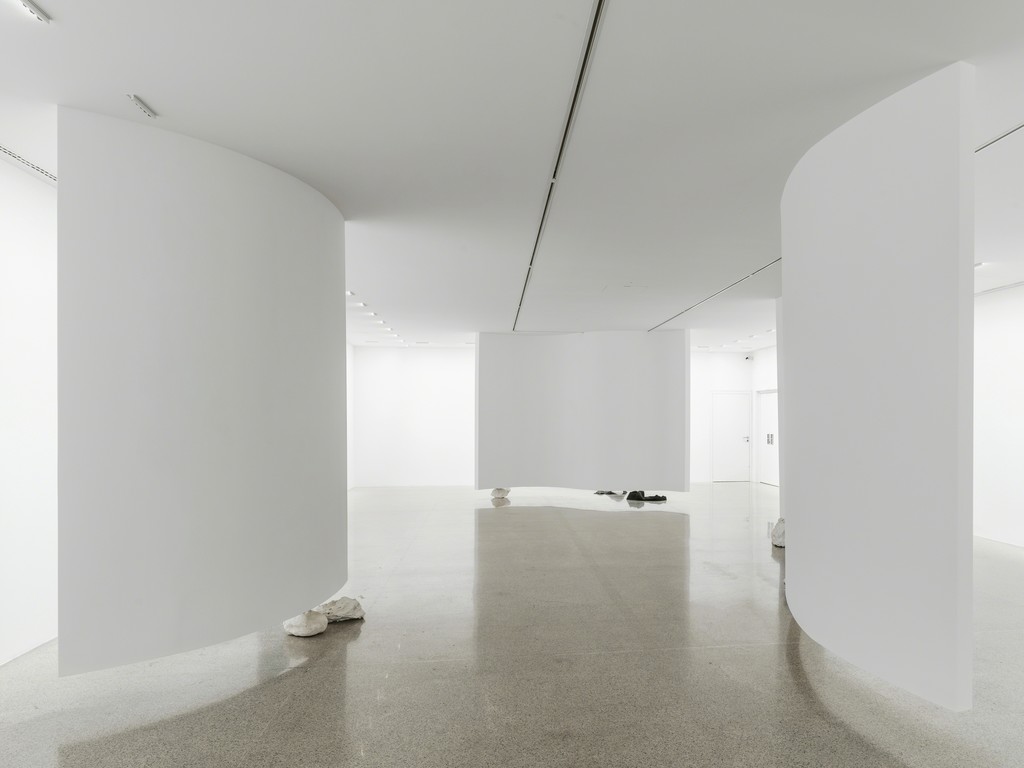 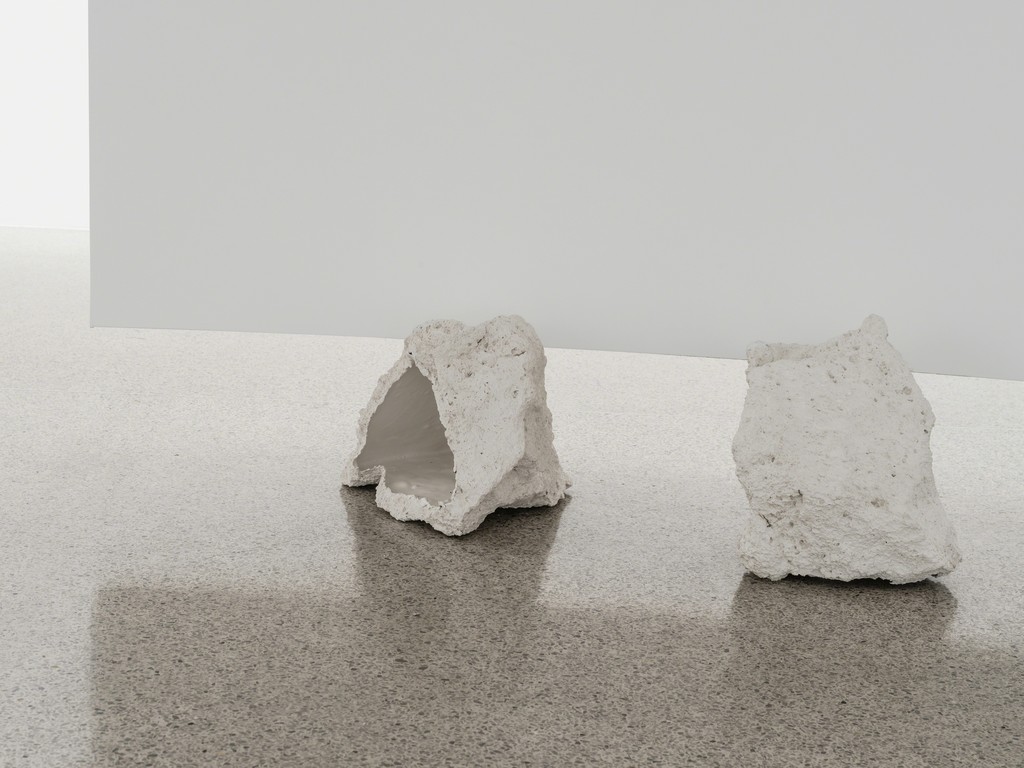 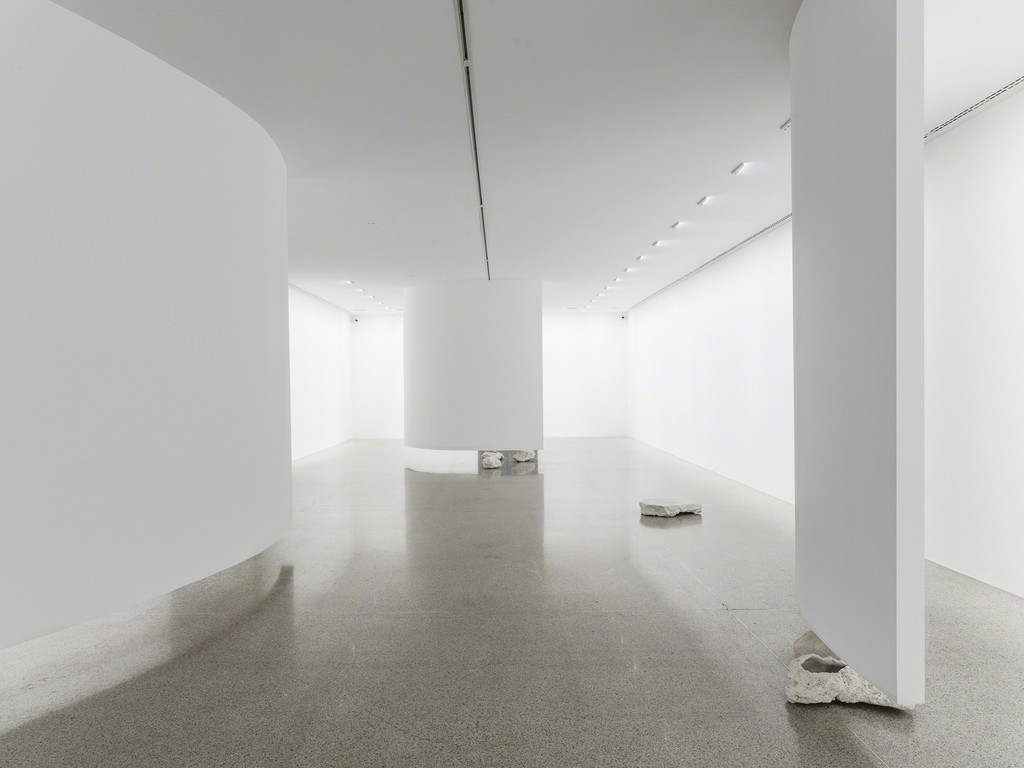 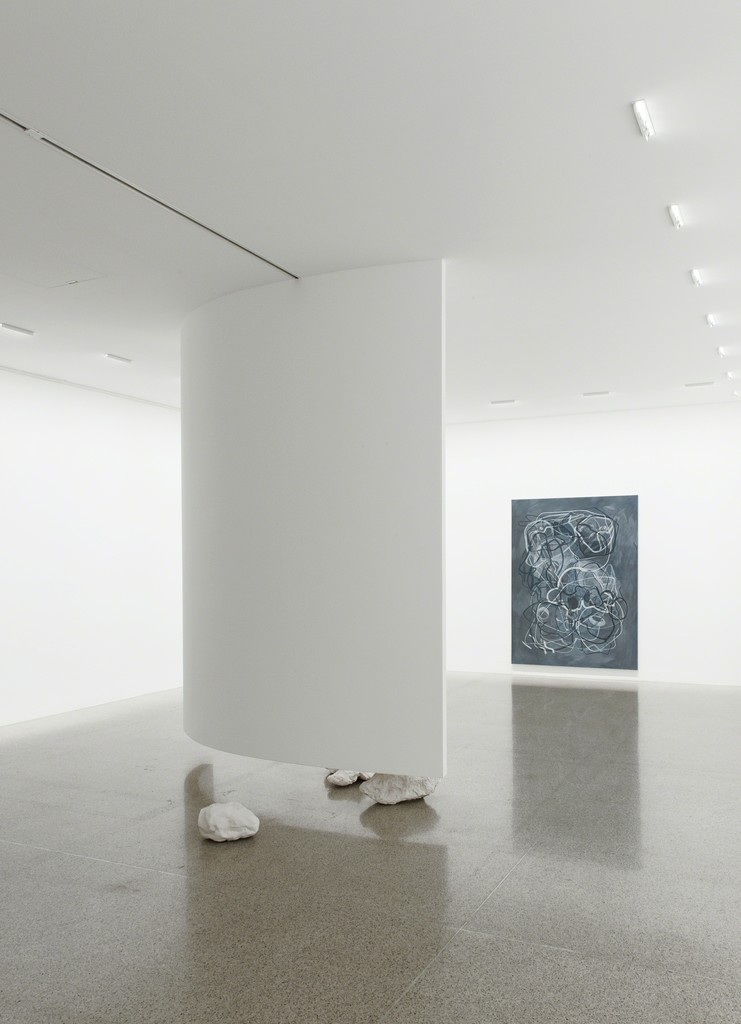 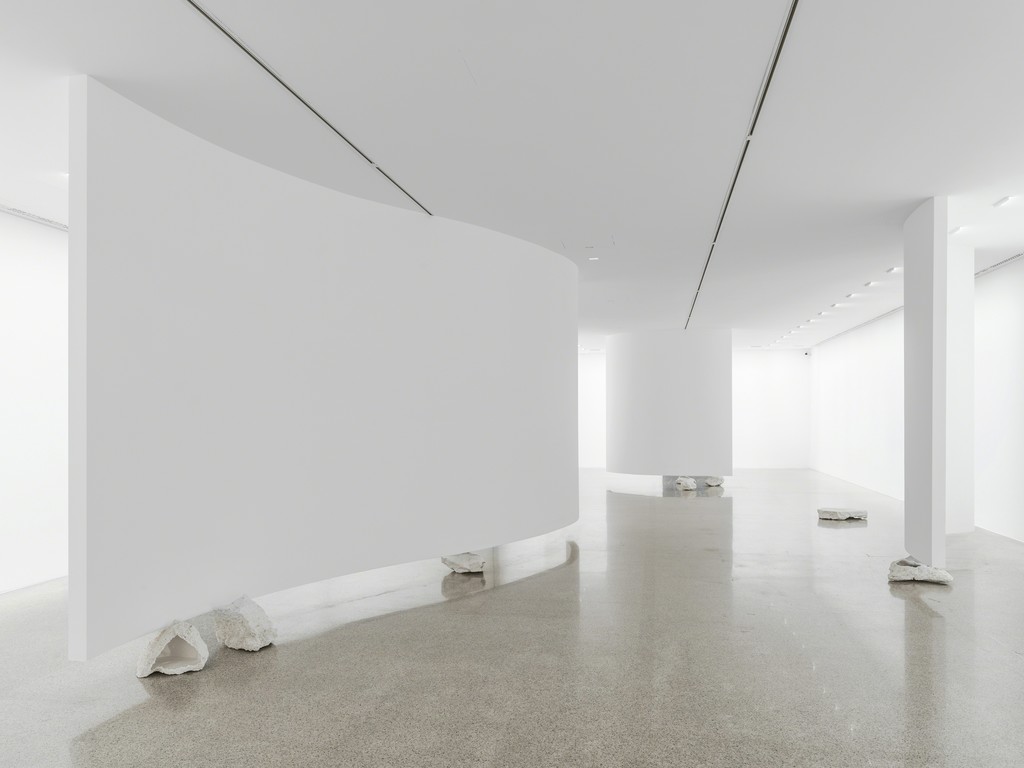 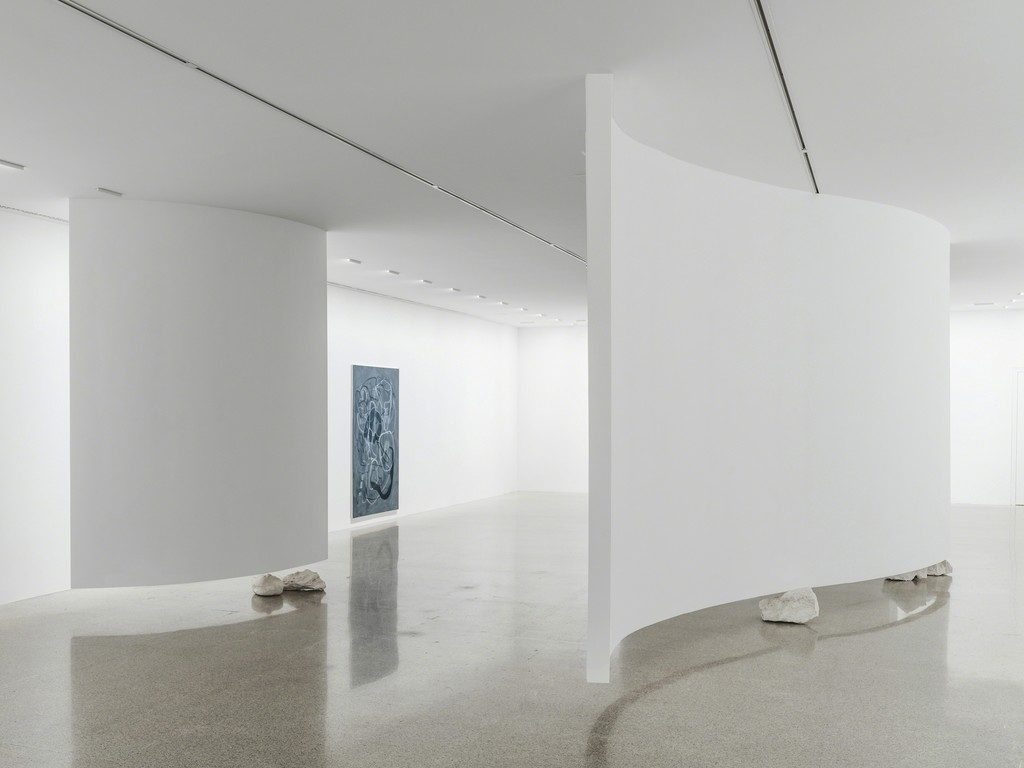 Ute Müller
Kapsch Contemporary Art Prize 2018
Ute Müller creates installations that place paintings, objects, and architecture into a dynamic interplay, breaking away from stale concepts of the work of art and forms of perception. Walls and plinths are removed from their usual architectural functions as frames and backdrops, themselves becoming motifs that shape both work and its perception, while images and objects recall real everyday matters in spite of their high degree of abstraction.
The walls that are "hung" in the exhibition are no longer mere backdrops for works of art, but works in their own right. By transforming walls from props to exhibition objects, Ute Müller makes the fragile and fleeting nature of seemingly "normal" ways of seeing and evaluating tangible. This confusing game with convention is a precise and strategic reorientation of perception.
Architecture, painting, and objects open up a game of allusions whose choreography includes the exhibition visitors. The unframed paintings are characterized by overlapping traces of bright paint that seem to fade away in the darkness of the background, and can be read as painted and drawn mirror motifs and correspondents to the undulating wall elements installed in the exhibition space.
Pictorial and real space are enjoined in a dialogue that tears each of them away from their inherent ways of seeing and being seen, making an understanding of each clearer by means of the prism of the other. Allusions to analogies do not preclude the autonomy of specific motifs, just like language and images can complement and amplify each other, without ever becoming interchangeable or in any way replaceable by the other.
Ute Müller’s work is characterized by a high degree of reflection on the history of artistic genres and styles, and on transgressions of these as well as their forms of presentation. The fact that and ways in which pictures and objects are presented in space is as much a theme of her work as its viewers’ contingent "perception of their own perception." In this, she cites historical breaks with tradition and gestures of progress, so as to shed new light upon them. She both exhibits and provokes situations that do not lead to any supposed certainties in the service of some kind of unwavering progress: rather, the experience of the work triggers and conveys confusion—thus deploying the work’s potential for enlightenment.

Kapsch Contemporary Art Prize 2018 This prize is awarded to promote young artists mainly living and working in Austria and was inaugurated in 2016 by the Kapsch Group and mumok. Following Anna-Sophie Berger (2016) and Julian Turner (2017), Ute Müller is the third prizewinner. The Kapsch Contemporary Art Prize includes 10,000 Euro and a solo exhibition at mumok with an accompanying publication. In addition, a work or group of works by the winner is purchased for the mumok collection by the Kapsch Group.

Statement by the Jury
"Among the many entries, all of which were of very high quality, the jury unanimously decided in favor of Ute Müller. Her works encompass the fields of painting, sculpture, and installations, within which the artist has developed her own formal idioms with specific historical points of reference. Müller makes use of a defined set of formal elements, which frequently recur and are modified in her pictures and sculptures. Her paintings in modest grays and blues and her sculpture assemblages oscillate between abstraction and figuration. Her paintings and sculptures enter into a fascinating dialogue with each other in her installation settings."