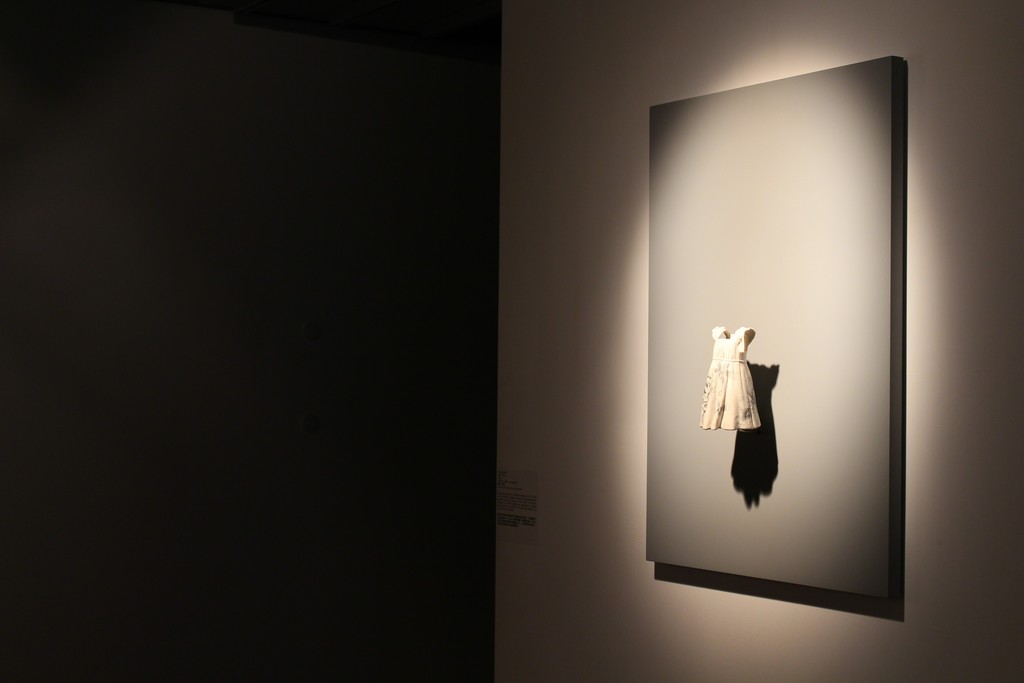 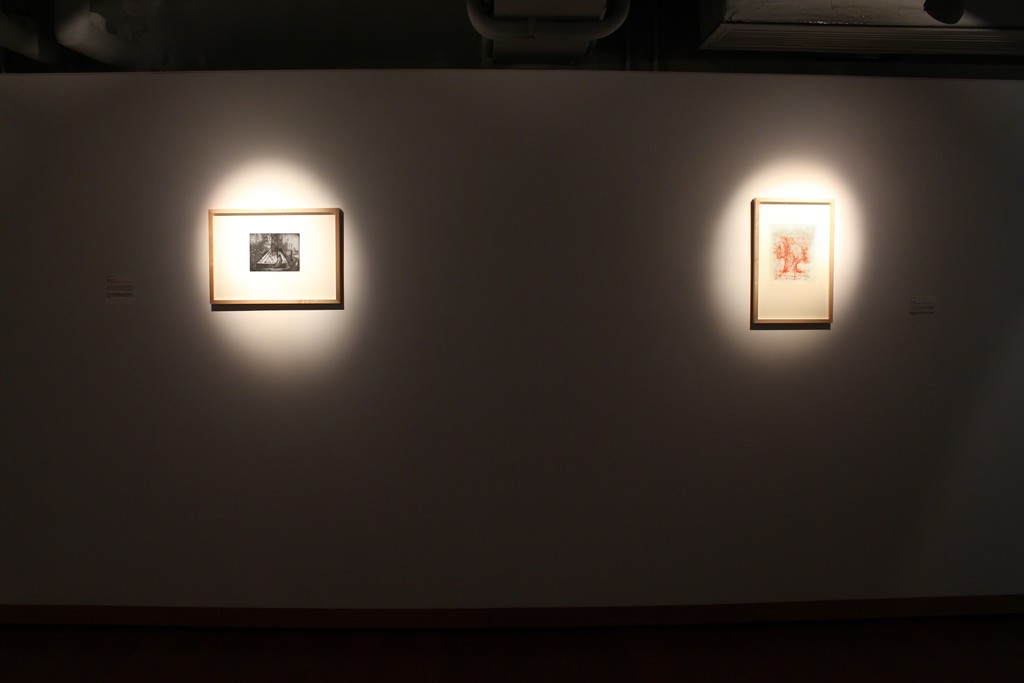 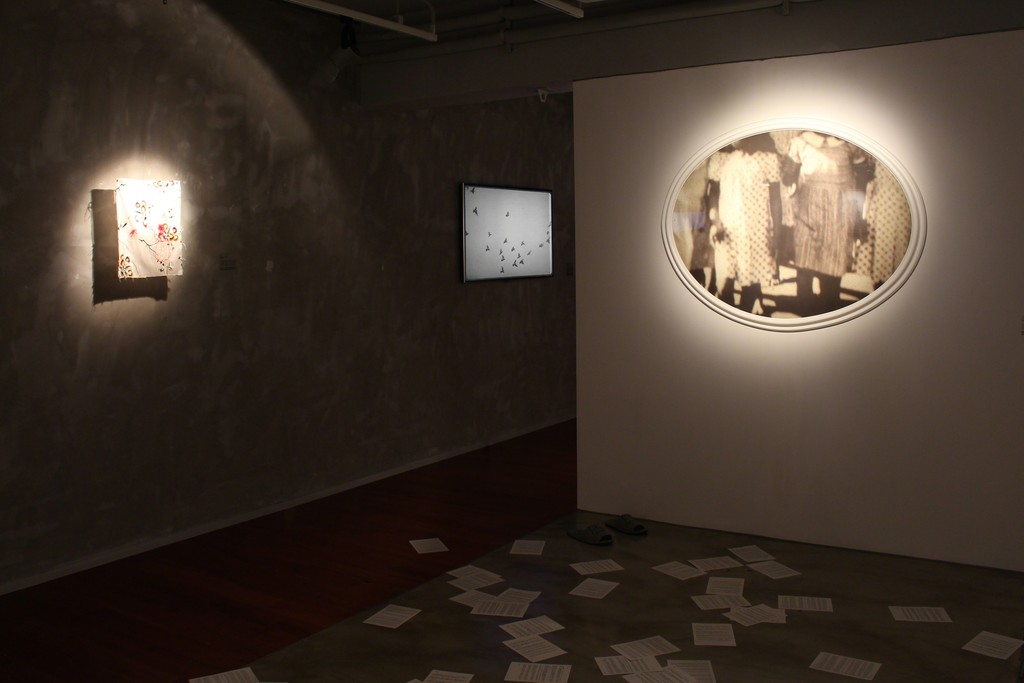 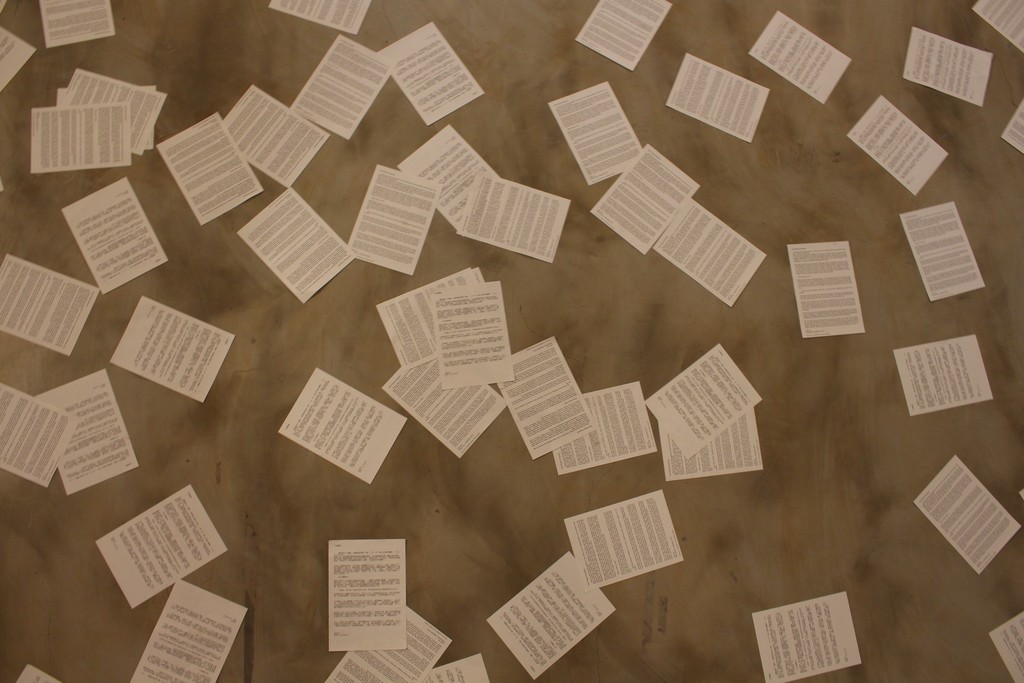 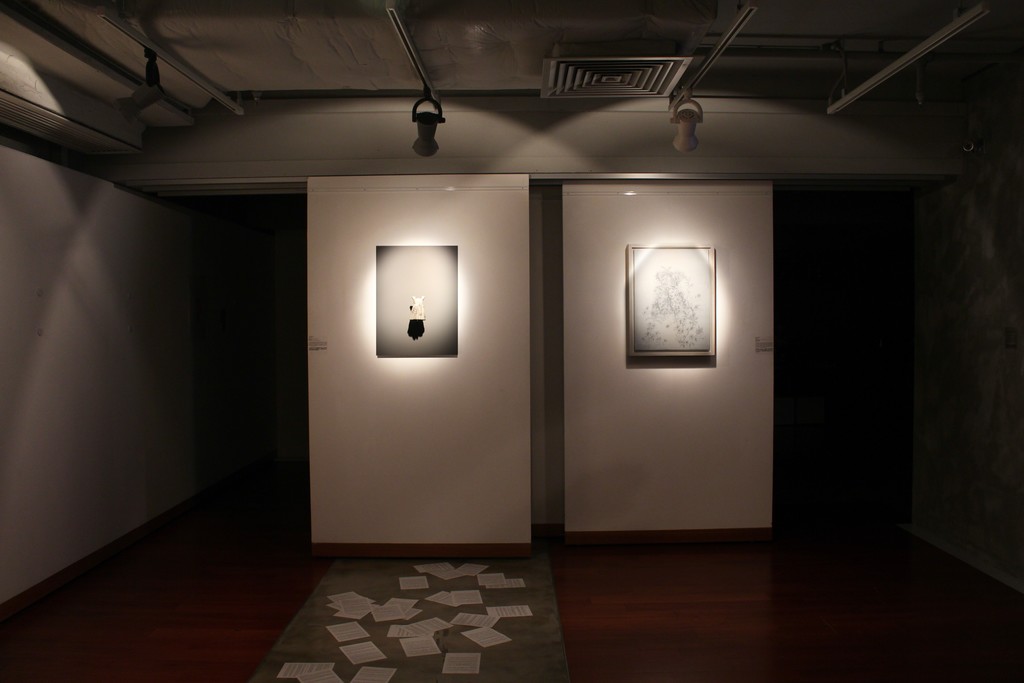 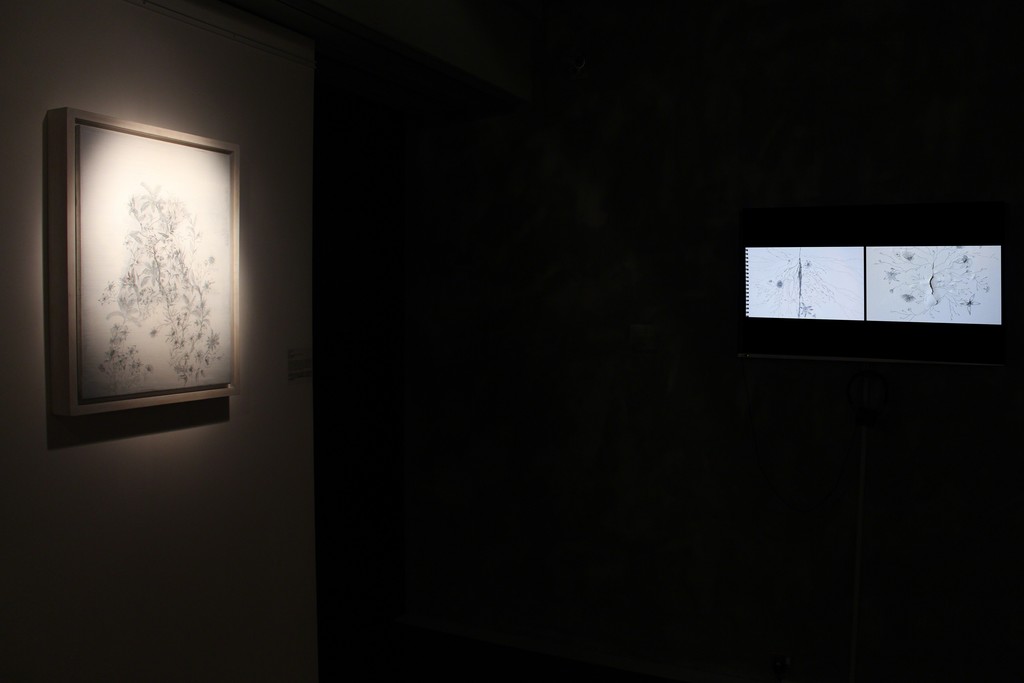 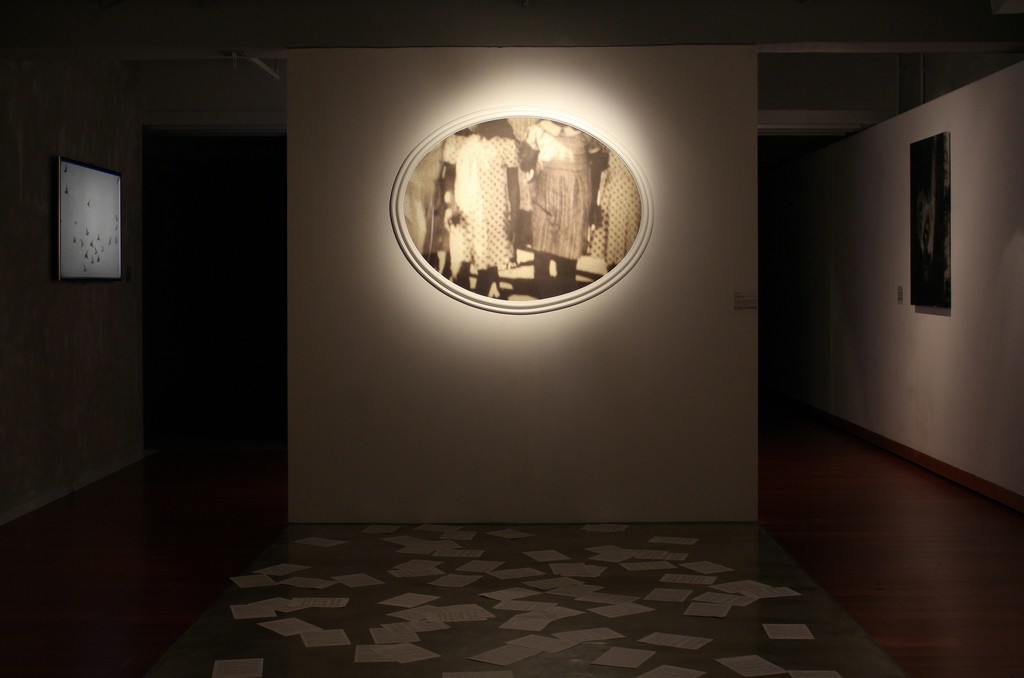 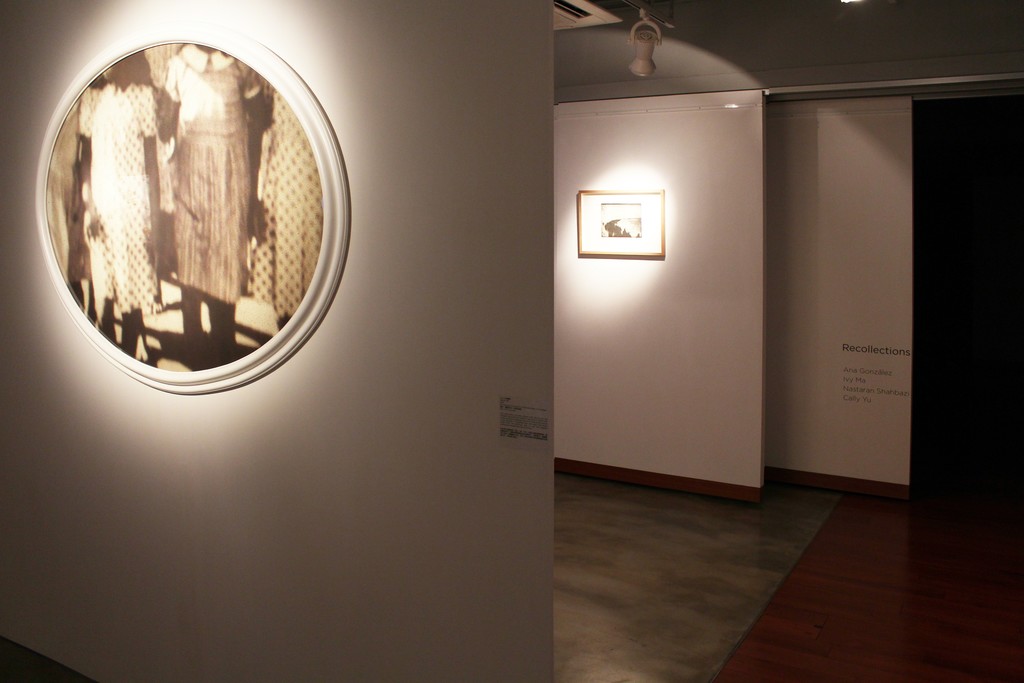 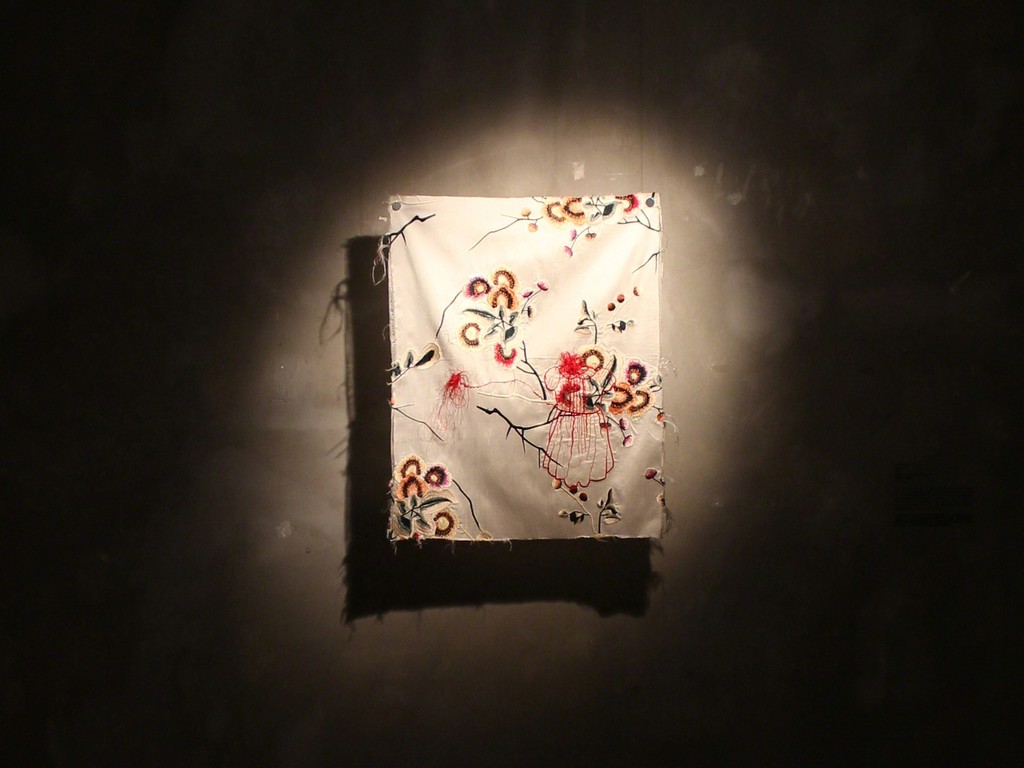 The three visual artists are concerned with life after tragedy, and express personal reflections on history and remembering: Ana González and Nastaran Shahbazi present works in Hong Kong for the first time, accompanied by selected pieces by local artist Ivy Ma, well-known for her exploration of the relationship between reality and memory.

Feminine and delicate in form, the works are infused with strength and commitment. The first part of the exhibition, intentionally dense and stifling, is a silent conversation of art pieces dealing with death, oppression and intolerance. It opens on a wider second section that considers memory and existence after displacement, war and loss, with an imagery of children’s dresses, solitary figures, empty spaces and reborn nature. The circulation in the exhibition space invites the visitor to roam back and forth between both rooms, in a movement resembling the cycles of destruction and rebirth through history: we are reminded to remember.

Behind Nastaran Shahbazi’s unfathomable etchings is the influence of the Surrealists and the idea that all things change and pass. Born and raised in a country home to one of the world’s oldest civilizations, hurt by decades of armed conflicts and political repression, the Iranian artist lets despair and solitude float over her images, like the traces of tarlatan cloth she left on the pair of enigmatic etchings that attracts the eye as one enters the exhibition space. The thin cloth symbolizes fragility, but it is also a reference to censorship. Shahbazi’s controlled technique contains her boiling resentment for intolerance: her indignation is in the details.

The exhibition gathers works from Ana González’s ‘Pass I Flora’ series, exemplifying her versatile use of both fine art media and crafts. Talking about life after tragedy and displacement, the series take nature as a symbol of mending and healing. Shaped in porcelain, embroidered or painted, a girl’s dress appears again and again in the works on display, inspired by the Sunday mass dresses of child victims of the drug war in the artist’s home country, Colombia, and other Latin American countries. The passiflora flowers covering the dresses represent for Gonzalez the ‘cycle of pain and death that gives way to new ways of life and transformation.’ Similar flowers grow rhythmically in the audio-video work Mutatio II, created collaboratively with composer Miguel Carrillo Samper, and based on 340 drawings on paper and a developing drawing made along the crack of a wall.

In their creative methods, all three artists use processes of (re)collection and repetition. The acts of collecting or recollecting take the form of people’s recollections of the past through interviews, digital photographs turned into photogravure, re-photographs of documentary material at war museums, appropriation of stills from films. Repetition happens through etching and the gesture of printmaking, layering and re-printing of found images, and the obstinate recurrence of a pattern. Along this line, the exhibition invites the viewer to reflect on the endless repetition of acts of oppression through history, the marks added layer after layer to the unconscious collective memory, and the seemingly inability of human kind to learn from its mistakes.

‘Half-winged Dragonfly’ by Cally Yu is a creative and personal response to the underlying themes of the artworks on display in ‘Recollections’. The short piece of magical realism is sweepingly universal yet deeply anchored to Hong Kong social and political context. The multiple layers of meanings of the text echo the strata of images of the art pieces. With a touching tribute to women, Yu juxtaposes the sublime and the trivial, in a pictorial short story about transformation after trauma.

Mur Nomade would like to thank art writer Stephanie Bailey for her perceptive and insightful introduction on ‘Recollections. The text can be found in the brochure available at the exhibition.