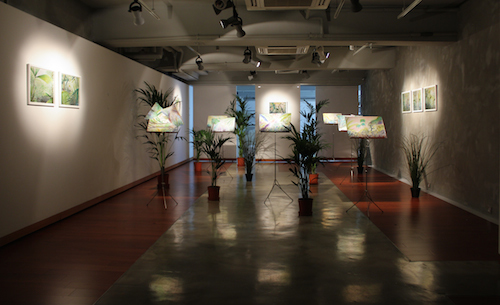 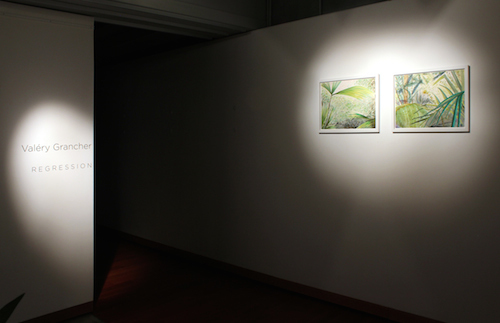 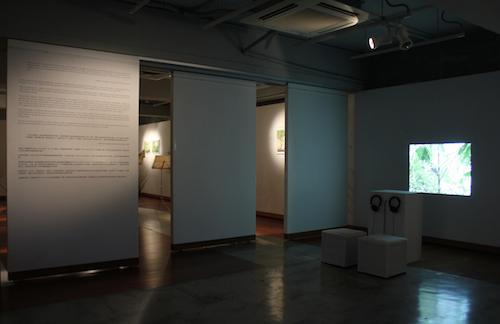 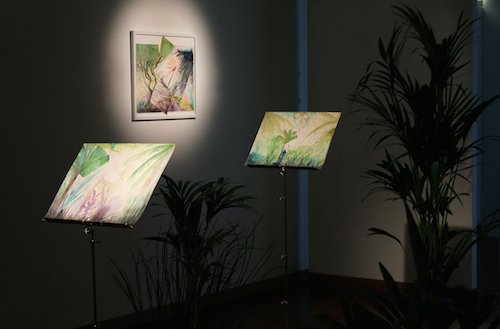 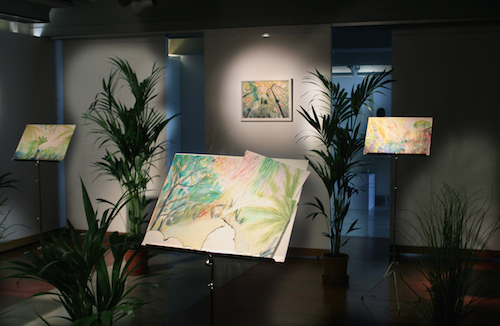 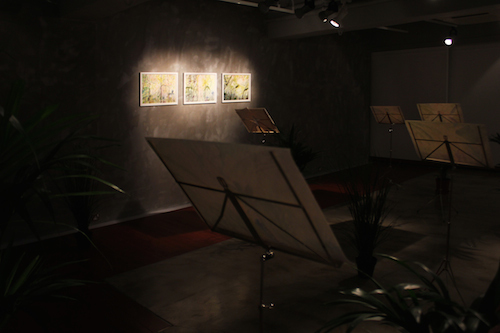 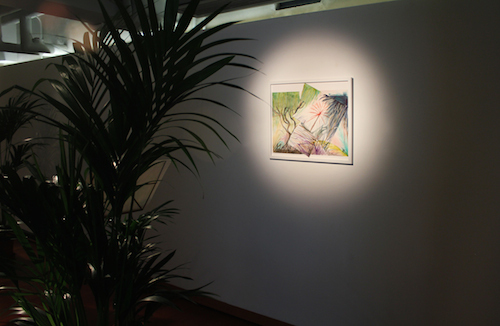 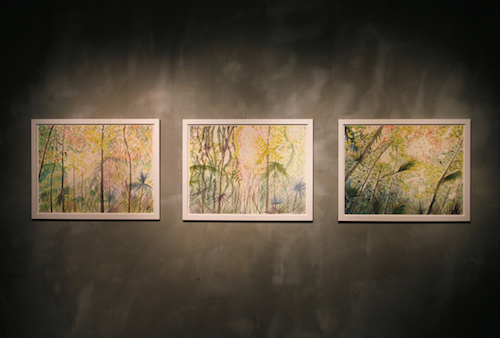 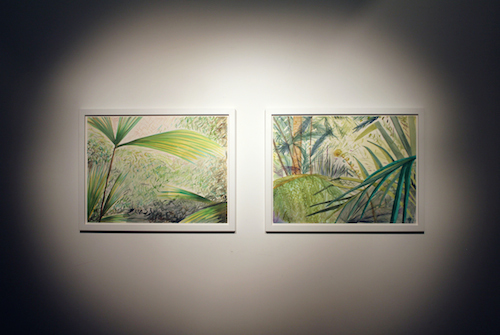 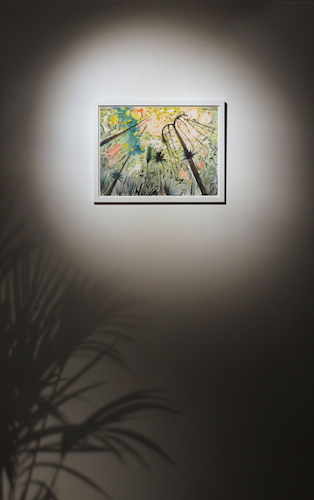 Mur Nomade, a curatorial office and gallery in Hong Kong, presents Regression, a solo project by French multi-disciplinary artist Valéry Grancher, part of Le French May festival. Both a staging and an experience of the jungle, the project comprises an exhibition of watercolour paintings, installation and video works, and a site-specific performance on Lamma Island.

The Regression project presented in Hong Kong continues ‘The Shiwiars Project’, initiated a decade ago by Valéry Grancher’s decision to live in Amazonia for a month immersed with the Shiwiar tribe, in preparation for a show at Palais de Tokyo, Paris:
‘Not from black, but from the cocoa color of the water, to cerulean blue veering toward the outposts of the sky, dripping on the jade green, porphyry, emerald and sapphire veins of the forest, you feel communion and fullness: no mental torment, no anxiety, just you, one body amongst others, a small life lost in the immense biodiversity, and a cheerful humility comes over you.’
Excerpt from Valéry Grancher’s text ‘The Shiwiars Project’, 2005

After his expedition, Valéry Grancher created a series of watercolour paintings using drops of dew he had collected in the Amazon rainforest. Some of the paintings are torn or burnt, recalling the instinctive and primordial dimension of the jungle. They are presented for the first time to the public in the Regression exhibition, which plays ironically with a multitude of clichés.

In the exhibition space, potted tropical plants allude to the enigmatic installations of Surrealist artist Marcel Broodthaers (1924 – 1976), known for questioning the very nature of art and institutions. Moreover, Valéry Grancher decided to juxtapose neatly framed paintings displayed on the wall - as one would expect in a gallery space - side by side with installations where the paintings are left unframed to become again sheets of paper and are incongruously placed on music stands. Ultimately, visitors are left pondering whether the exhibition is an invitation to appreciate the rhythm and musicality of beautiful artworks or to regard them as objects within other objects.

In the second part of the exhibition, the fabricated ‘tropicality’ of the potted plants and the pictorial representations of the jungle are put in perspective with actual images of the Amazon rainforest captured in Valéry Grancher’s video. Again the artist presents his work in a confusing and ironic manner by playing footages of life in the immense Amazonia on the small screen of a tablet.

For Valéry Grancher, the jungle is ‘an organic disorder that caresses you, of which even the air is matter’. Willing to complement the exhibition with a sensory and aesthetical experience of the forest, and to connect Hong Kong and the Amazon jungle, the artist will accompany a group through a walk on Lamma Island, with sporadic encounters of performers along the way. The performance also intends to create, unconsciously, a form of harmony within the group of unrelated people, a social behaviour along the line of the ideal model of idiorrhythmy developed by Roland Barthes.
The Lamma Island performance is an open and collaborative work based on cross-disciplinary exchanges. It was created thanks to the inspiring participations of Lalie Choffel, Caroline Ha Thuc, Cédric Maridet and Alice Rensy.

About Mur Nomade
Mur Nomade is a curatorial office and gallery. Our name is the French translation of ‘nomadic wall’. We present site-specific projects in selected venues all around Hong Kong, in addition to regular exhibitions at our gallery space in the South Island district. We work closely with local and international artists to imagine and conceive exhibitions and programmes such as artist residencies, collaborative art projects, travel grants, workshops and outreach initiatives.
Mur Nomade focuses on projects encouraging cultural exchanges and creative encounters. We like bold ideas and we are convinced that cultural exchanges support creativity, stimulate emulation and encourage experimentation.
www.murnomade.com

About Le French May
Established in 1993, Le French May is one of the largest cultural events in Asia. With more than 120 programmes presented across two months, the festival has become an iconic part of Hong Kong’s cultural scene that attracts approximately 2 million visitors each year. The objectives of Le French May are to touch everything, to be everywhere and for everyone, by showcasing the most diversified art forms: from heritage and contemporary arts, paintings and design, to classical music and hip-hop dance, cinema and new circus.
In continuing to celebrate French arts and culture, for its 23rd edition Le French May will present a selection of performances, exhibitions and screenings in Hong Kong and Macau. The 2015 edition will take place from May the 1st to June the 30th.
www.frenchmay.com