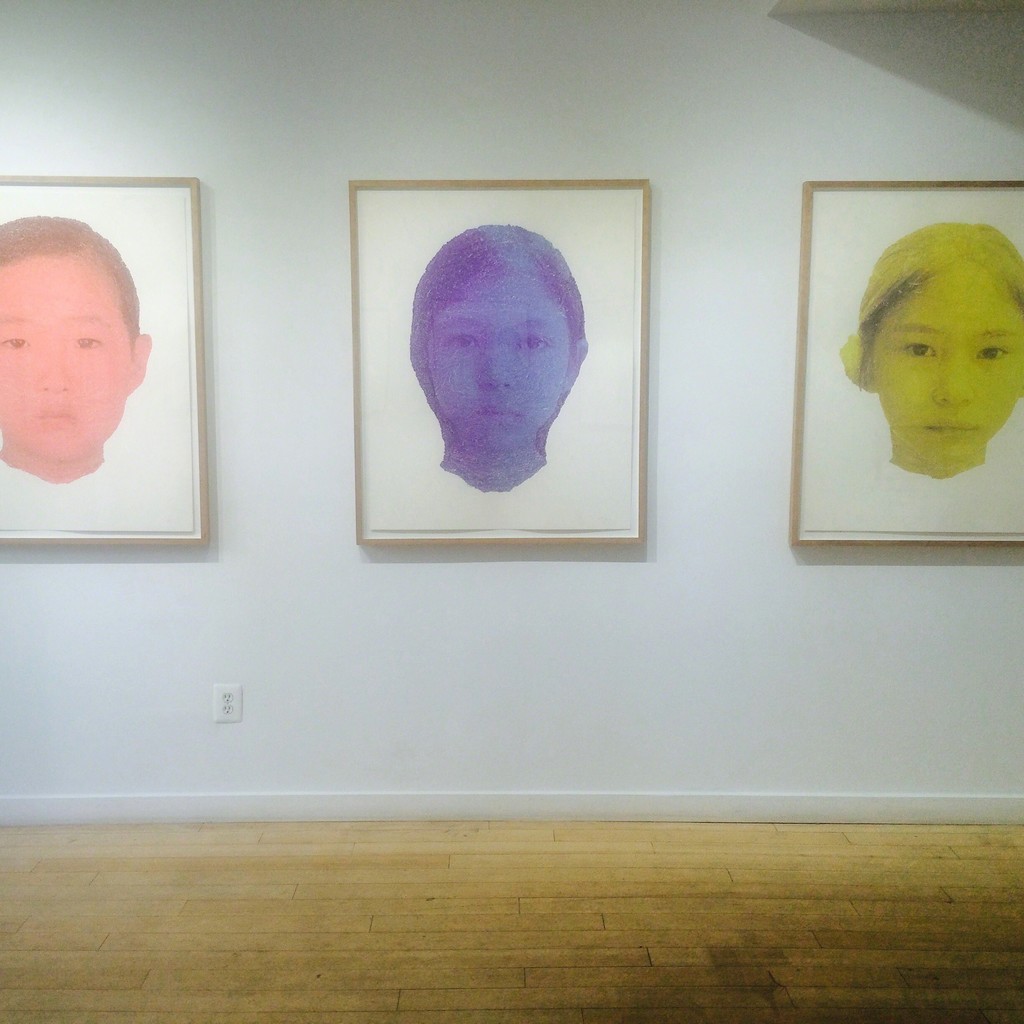 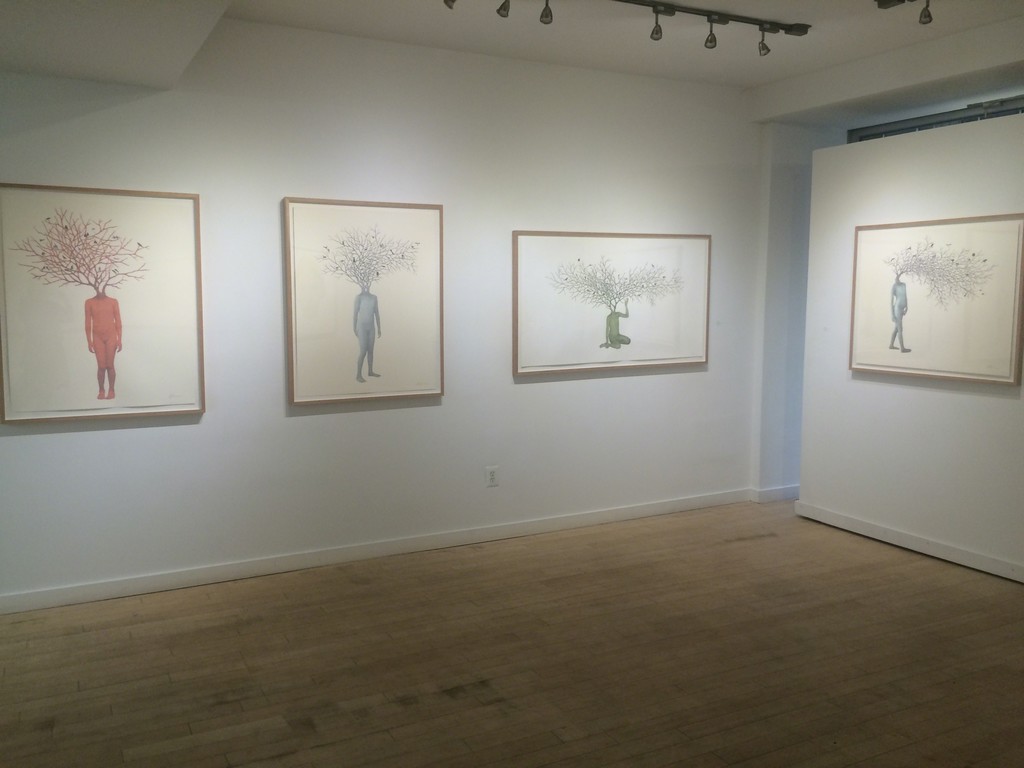 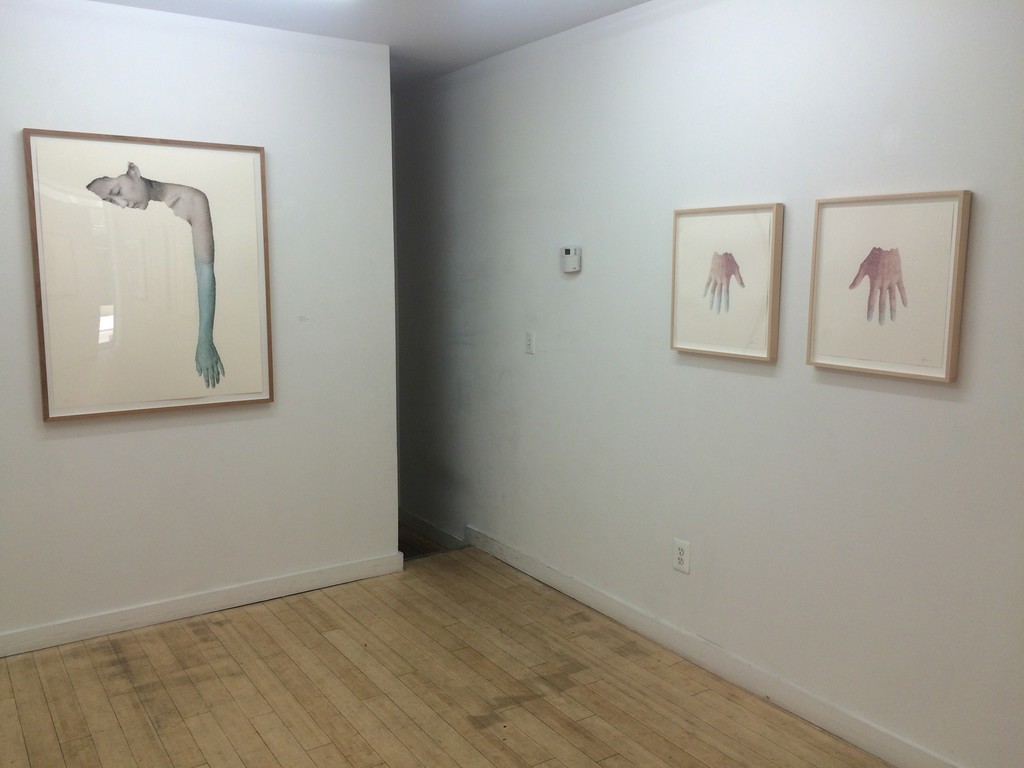 Muriel Guépin Gallery is pleased to present Keun Young Park’s second solo exhibition at the gallery called “There From”.
Keun Young Park depicts the body in a state of transformation. Her works on paper show floating figures, faces, draped arms and cupped hands or feet, which appear to be disintegrating and reforming at once. The artist begins her process with original photographs keyed to various evocative hues. The images are shredded by hand into thousands of tiny pieces that are then reassembled. Between the pasted pieces are thin, white, vein-like lines that reveal the texture of the paper's edge.
Park's practice has a relationship to the precision of Pointillism, the uniformity of Benday dots and the repetition of digital pixilation but her works retain a tactile, hand-made quality through the irregularly shaped elements from which they are formed.
"I intend to reflect upon the a-static character of existence in the flow of time…I attempt to capture the tremor of unstable presence," writes Park. Each work vibrates with a quiet energy, conjuring up thoughts of both the beginning of life and its end. This sense of disembodiment is balanced with a fullness of form and physicality that is derived from the artist's earlier practice as a sculptor.
Keun Young Park was born in 1977 and educated in Seoul, South Korea. She received her BFA and MFA Degree in Sculpture at the Seoul National University. Since 2005, Keun Young has lived and worked in New York. Her work has been placed in a lot of collections worldwide and she has showed at numerous galleries and art fairs in the United States, Europe and Asia.