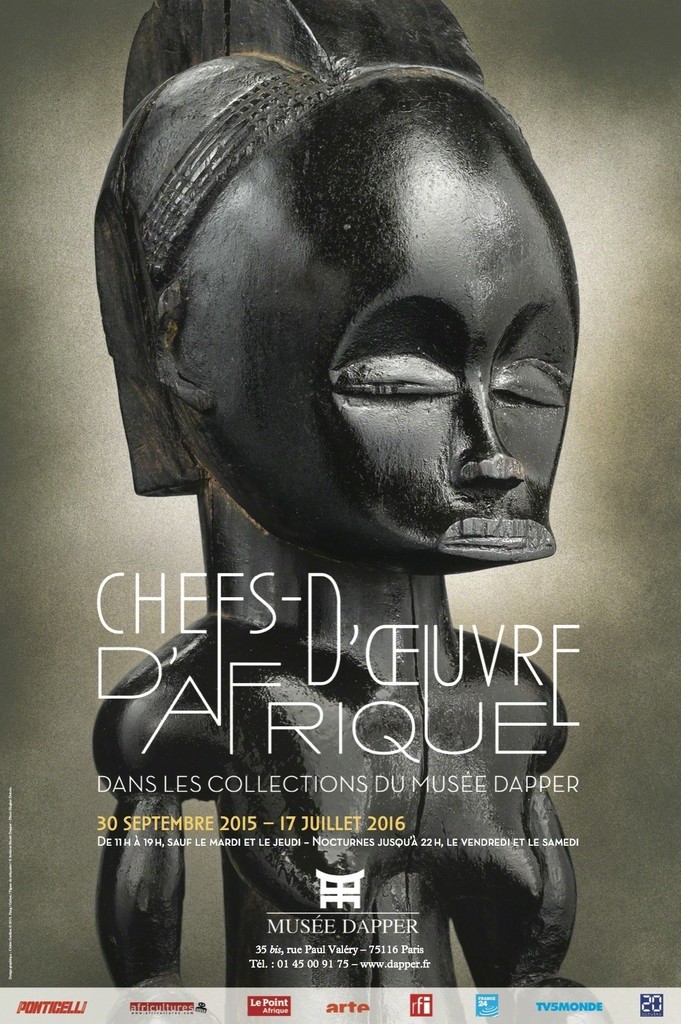 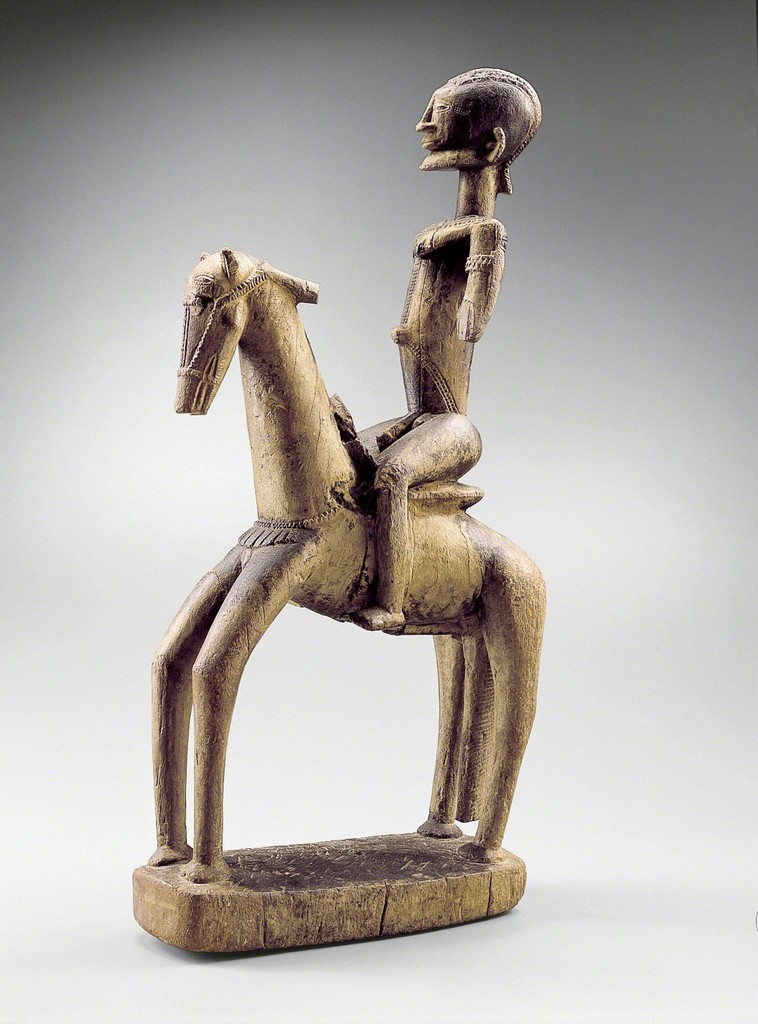 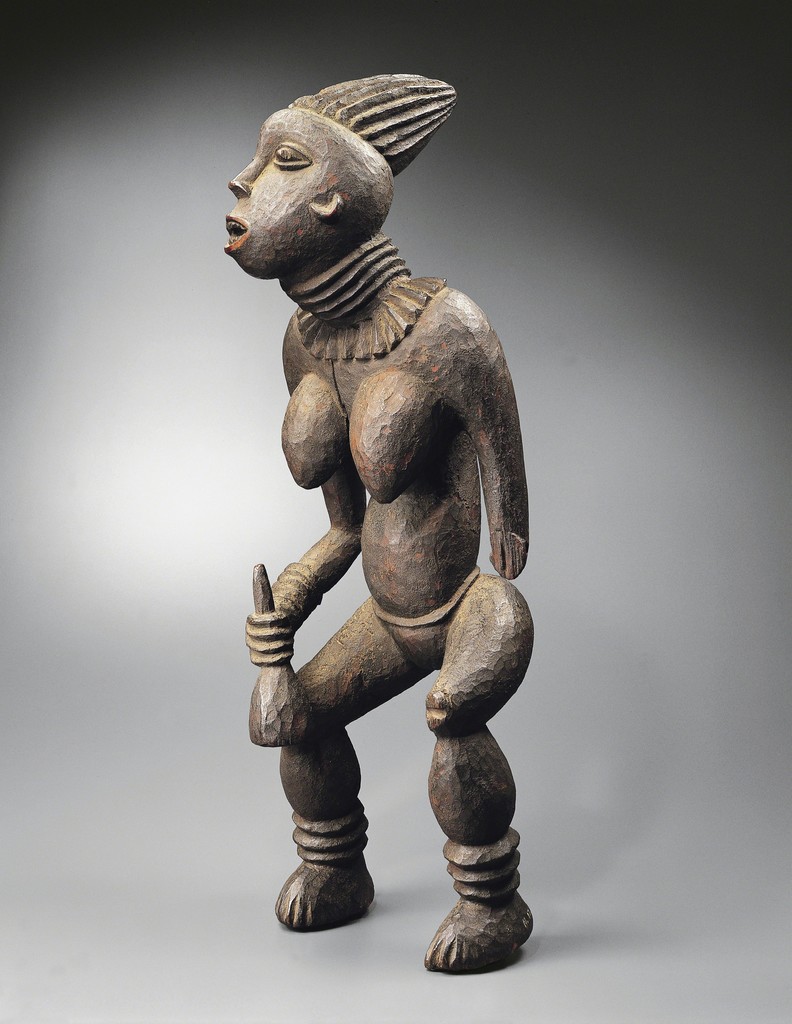 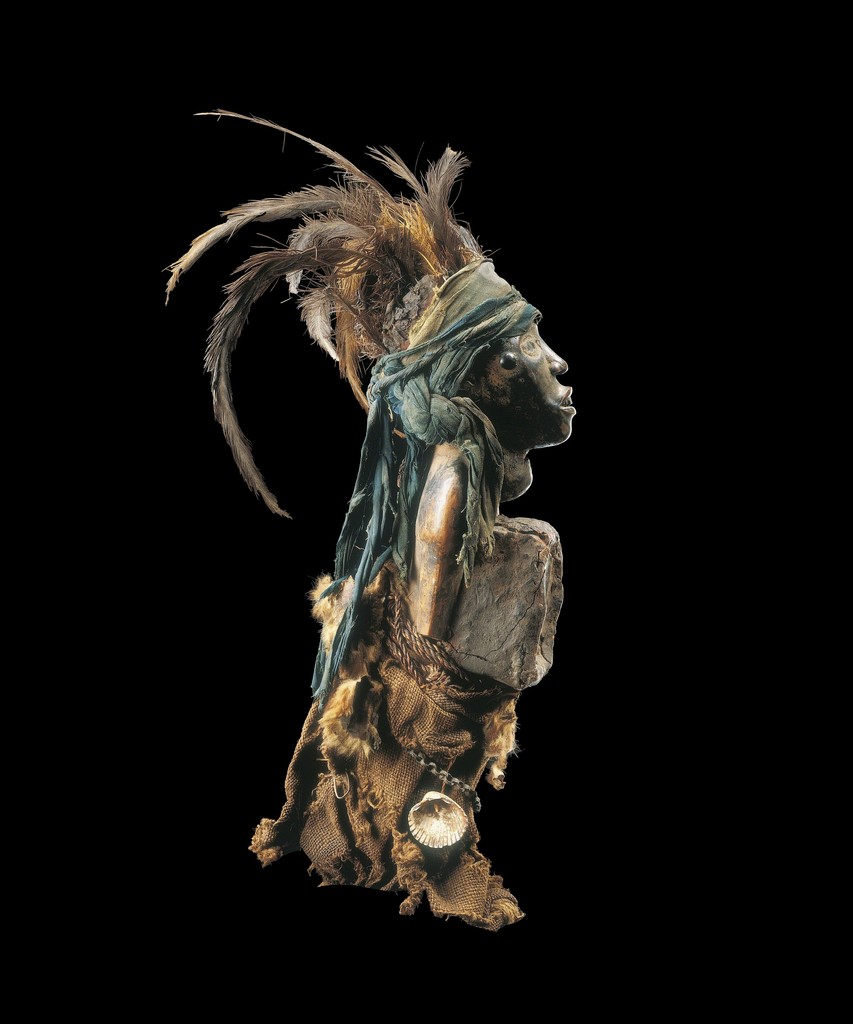 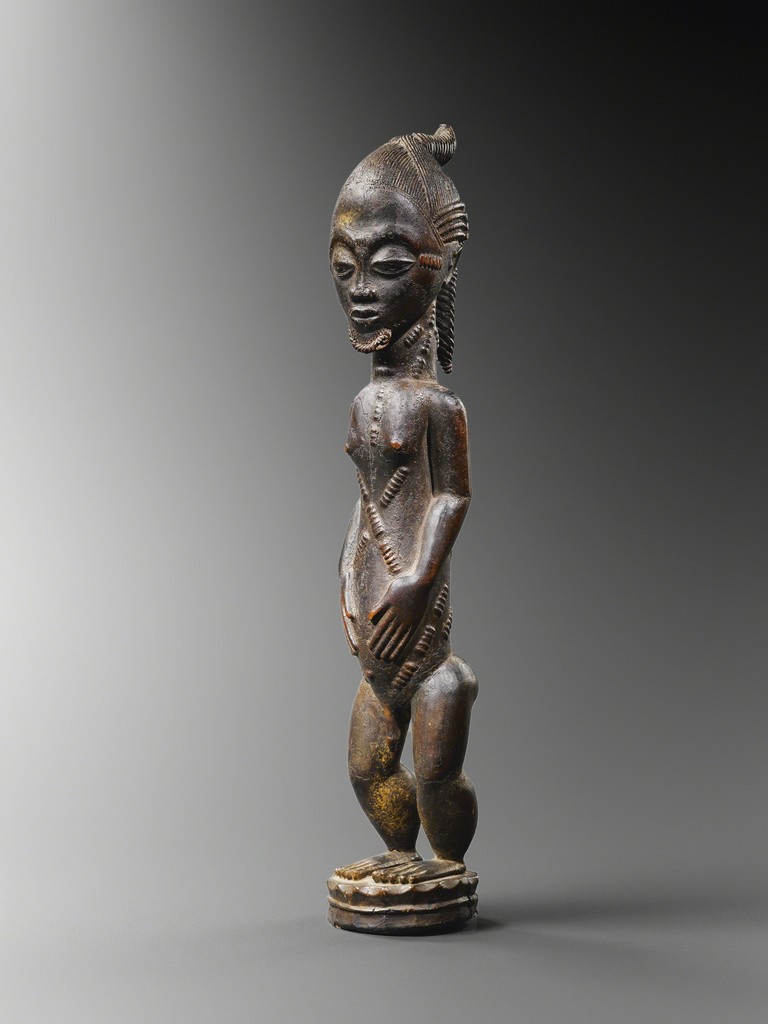 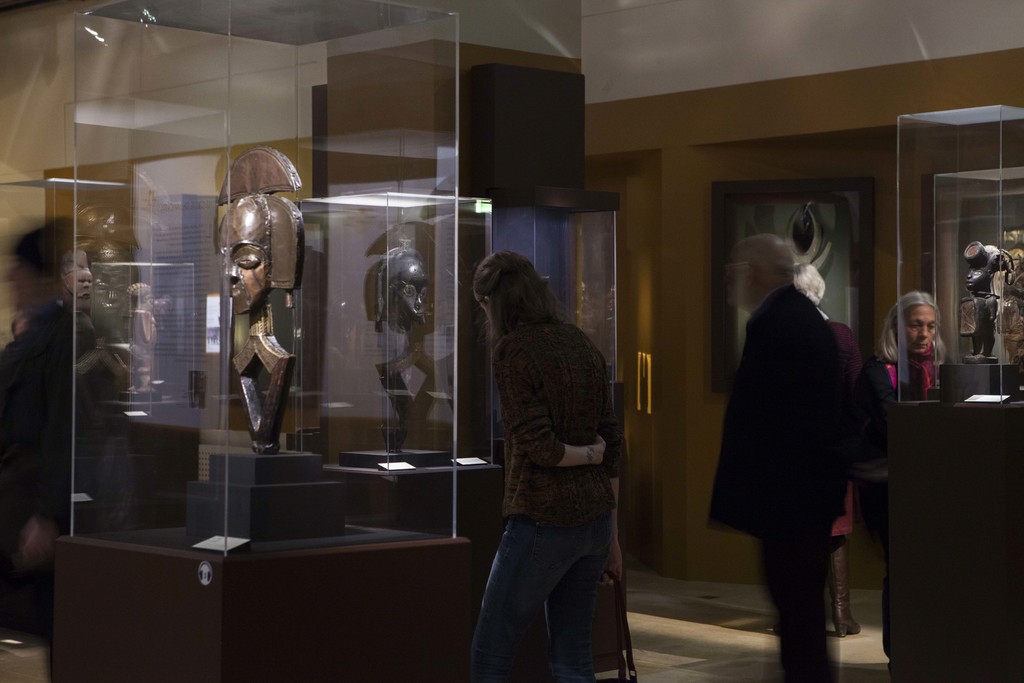 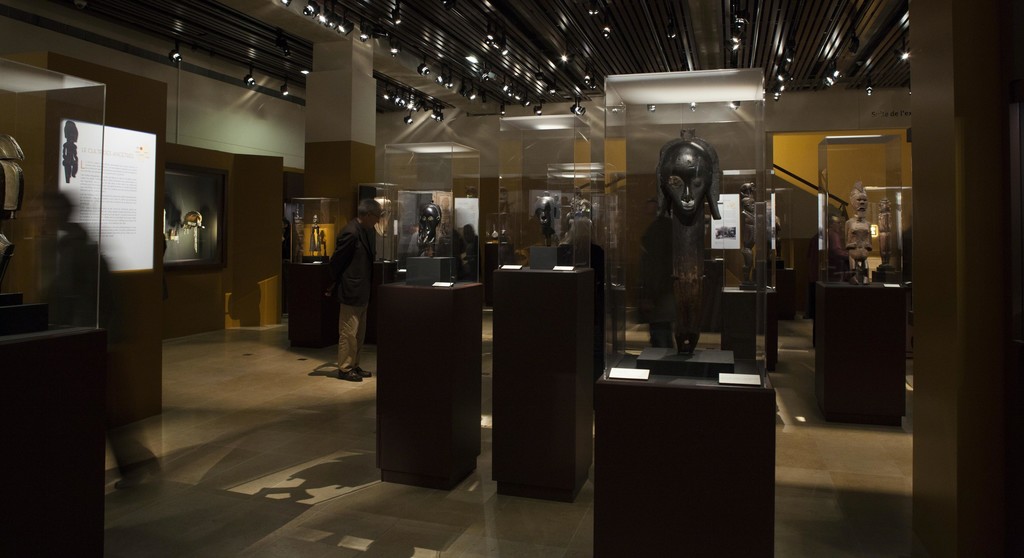 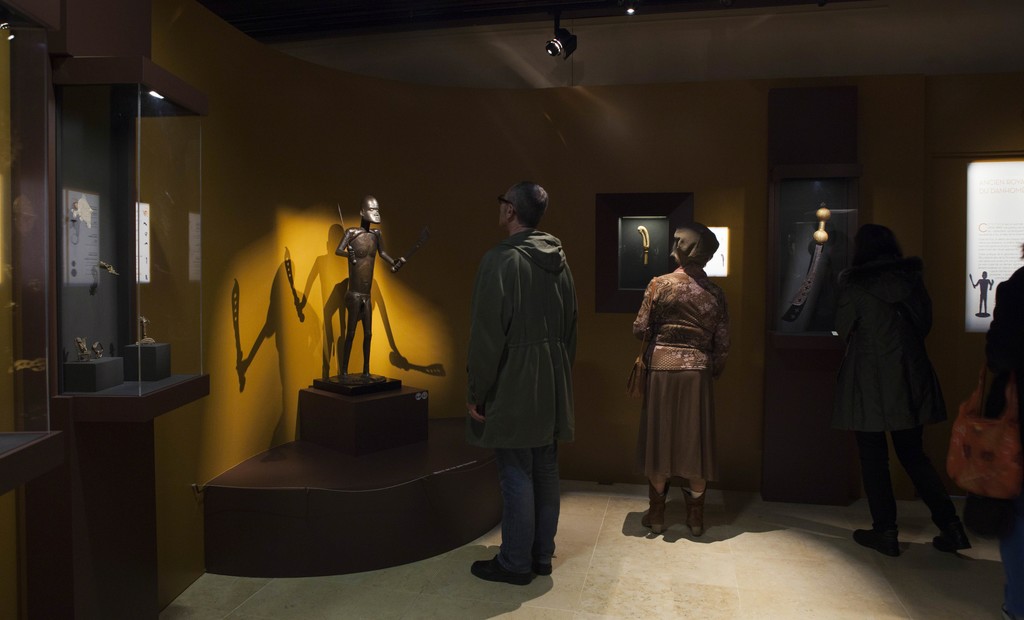 AN EXCEPTIONAL COLLECTION
Notable characteristics of the collections of the Musée Dapper are the diversity of their geographic origins and their antiquity. The exhibition presents around 130 of its most important pieces. Some are unique and without any equivalent in the world, such as the sculptures from Gabon (Fang, Kota, Punu), Cameroon (Bangwa), Benin (Fon) and Mali (Dogon, Soninke).
Long-awaited by the public, Masterpieces from Africa will enable visitors to discover keynote works of art whose significance is rooted in the cultures of Central and West Africa.

WORKS THAT ILLUSTRATE LIFE
The different pieces exhibited have been chosen for their sculptural qualities but also for the roles they played in the societies within which they were created: masks, statues, statuettes, altars, headdresses, weapons and other artefacts are closely linked to specific practices and forms of knowledge. They had multiple functions, for example, some were used in initiation rituals, such as those of adolescents or of men developing esoteric and/or technical knowledge. Others, though sometimes the same pieces, were employed in cults that worshipped the ancestors or ensured the fertility of women and the land, or for purposes of cures.

A TRIBUTE TO THE FOUNDER
Michel Leveau passed away in November 2012 having fulfield the humanist mission he had set himself a little more than thirty years ago with the creation of the Fondation Dapper. An aesthete guided by the precision of scientific principles, he devoted himself to acquiring outstanding works of art for his institution, some of which had previously belonged to leading individuals in the spreading of appreciation of non-Western arts, such as Charles Ratton, Jacob Epstein, and Paul Guillaume.
His aim: to improve understanding of the traditional arts of sub-Saharan Africa and raise awareness of them among the general public.

PLURAL AFRICA
A perspective on the contemporary world
The exhibition includes a section with the title “Plural Africa" that offers a look at the contemporary world. Montages of photographs and videos created by Aurélie Leveau pose questions on behaviours that reveal modes of thought, ways of life and the forging of identities. These practices are said to be “original" but are they so very different from what were formerly conventions in Africa?