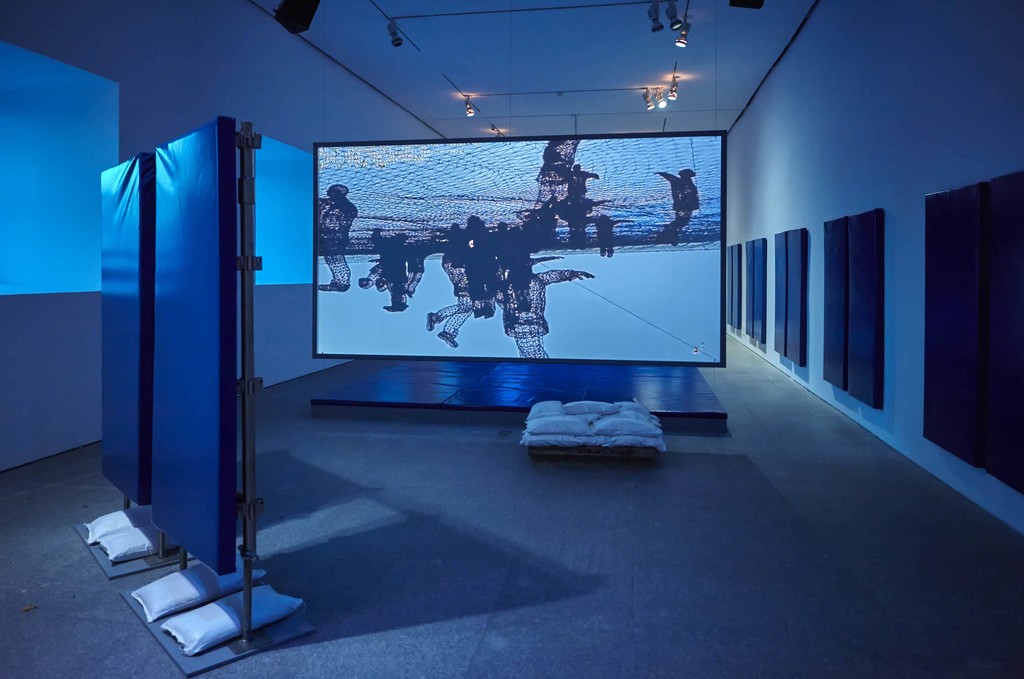 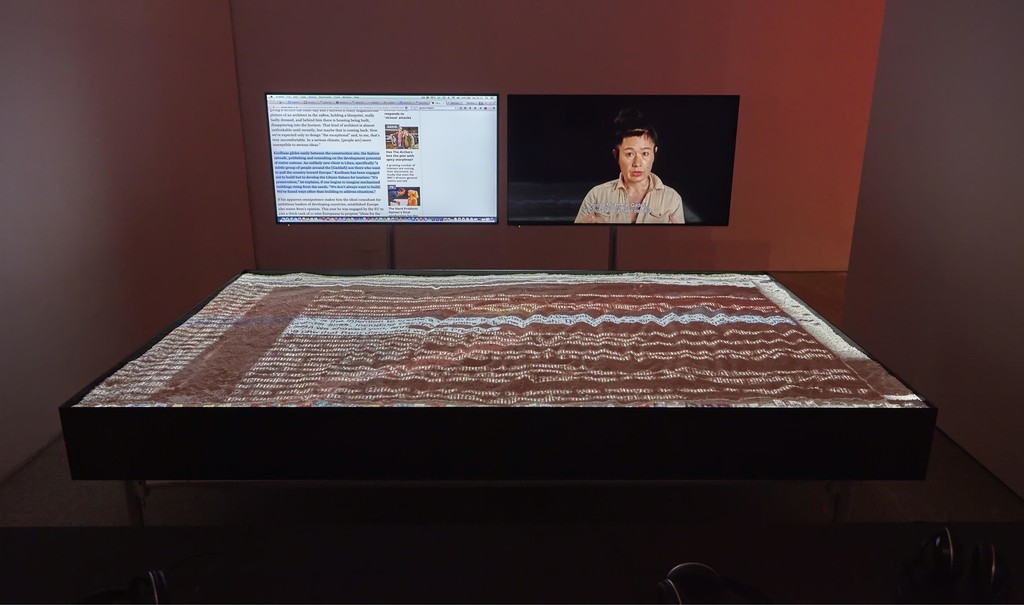 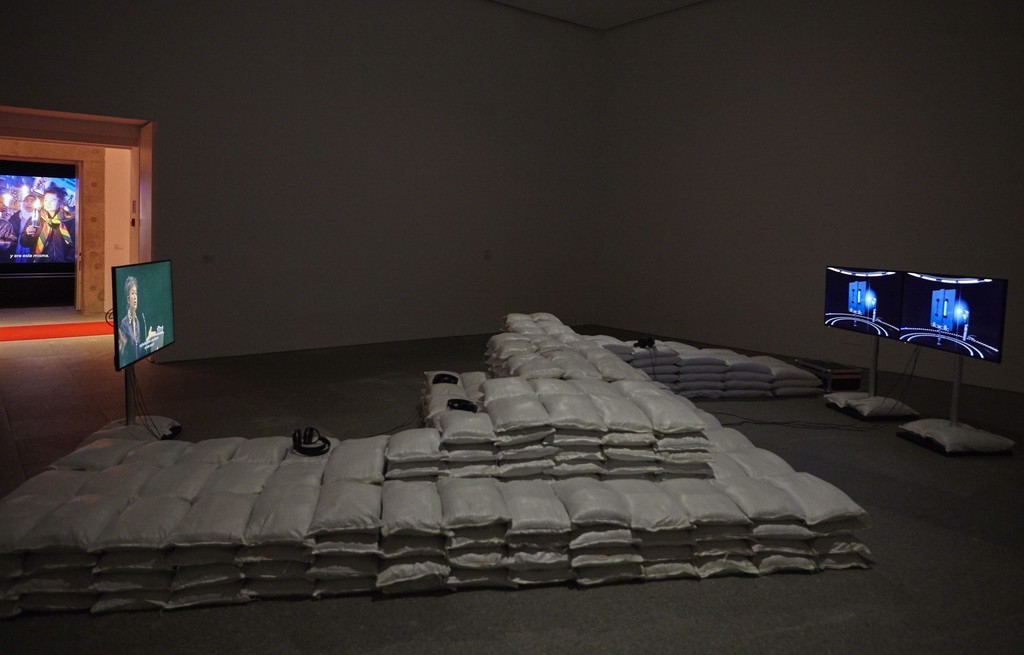 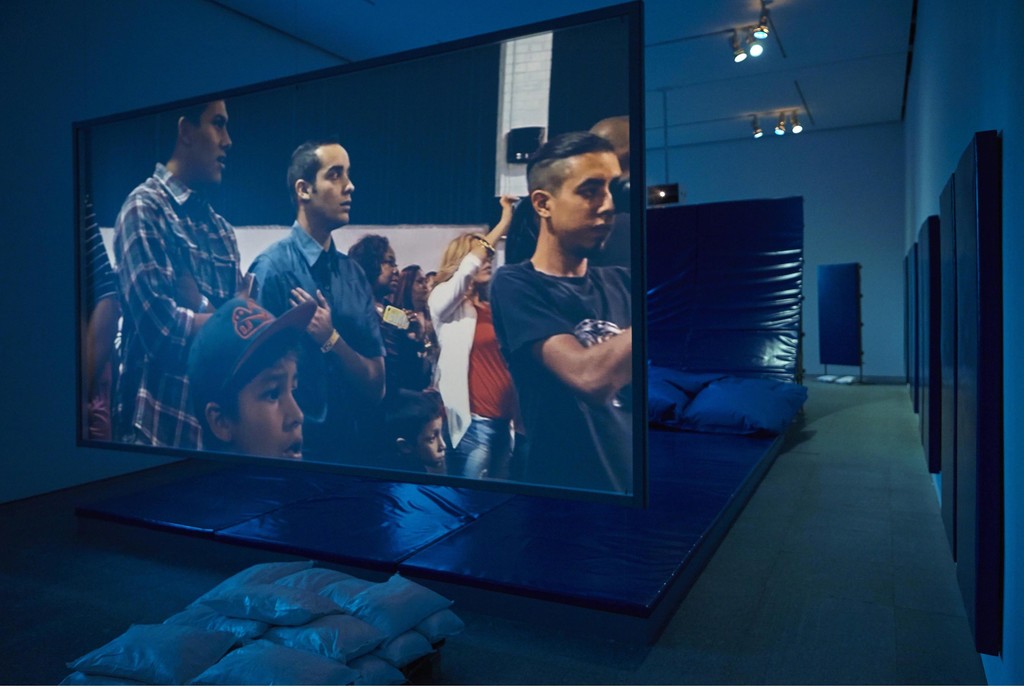 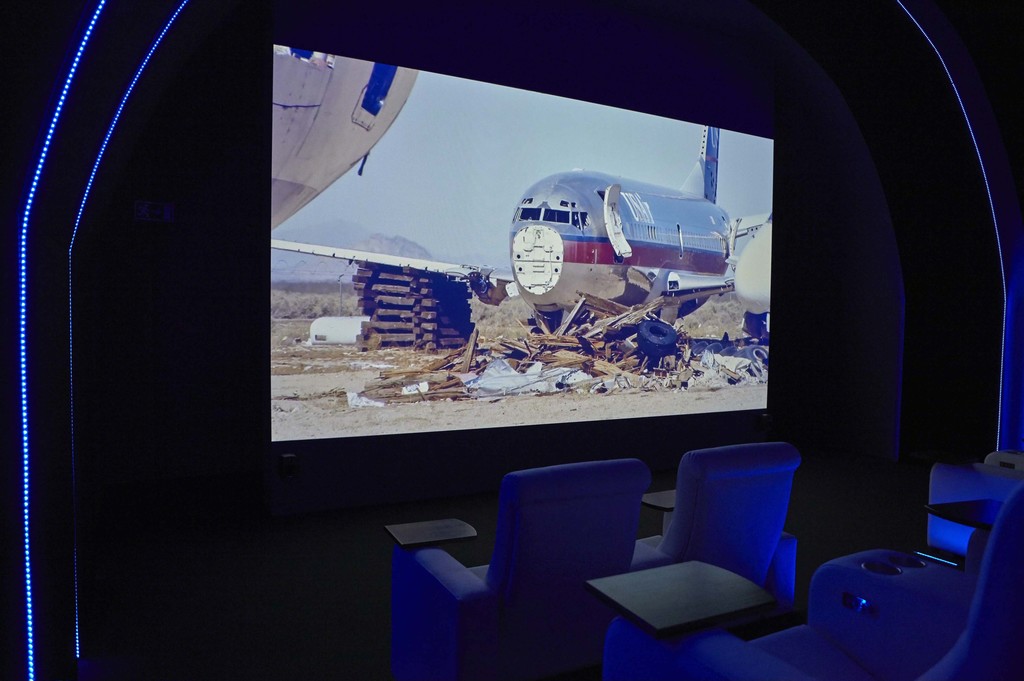 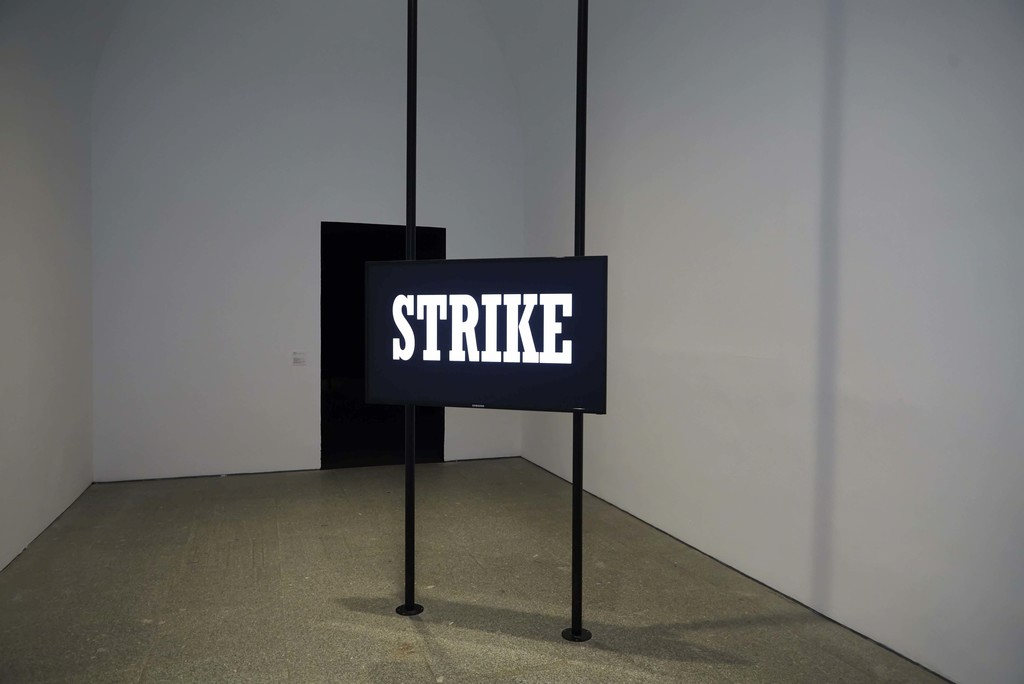 In the work of Hito Steyerl (Munich, 1966) the construction of the text and the editing of the
image expand the condition of the film essay, reflecting on and intervening in the systems
through which information circulates and the presentation and representation of the artwork.
Her writings, lectures, films and audio-visual installations align philosophical and political
reflection with a critical activism inserted in the sphere of the production and circulation of
the image and the word.

Steyerl responds in her work to what Noam Chomsky has called ‘Orwell’s problem’: the
paradox that, even with so much evidence and data at our disposal, our understanding of
the norms and conventions that govern reality is so limited. The artist brings to light the
dialectic of the visible and the invisible that structures—in a highly political way—the
proliferation of images in the cultural industries. She uses references to popular culture
(such as action movies, music, song videos or computer games) to give us back, in the form
of a reflection, a far-reaching critique of contemporary phenomena such as migration,
feminism, multiculturalism and globalization are explored and exposed within the framing
realities of war and financial speculation that mark our present moment. Contemporary art
and the transition to post-democracy, the occupation of time by the technologies and
industries of culture (art among them), to precarity of work, control, surveillance and
militarization are among the other key themes we find in her oeuvre.

Nor do the places of art escape her scrutiny: these are loci whose financial and security
systems and working conditions conform to the realities of the dominant neo-liberal
economy. In this light, the museum is revealed as a ‘battlefield’. Embracing the notion that
art is a test site, Hito Steyerl critically reinvents the place of art. Intervening in reality as it
does, her work instantiates the fact that this cannot be done any other way than politically:
it’s not a matter of making political films, but rather of making films politically. As the artist
asks in one of her recent texts: ‘If images can be shared and circulated, why can’t
everything else be too?’Duty-Free Art brings together in retrospective form a selection of
Hito Steyerl’s work, including many pieces that can be seen here for the first time in Spain.
These are joined by a new piece, The Tower, made specifically for this exhibition, as well
as the premiere of a performative lecture (in collaboration with the musician KassemMosse)
to be given on the day of the opening. Hito Steyerl’s work has featured prominently in a
number of major group exhibitions such as the 55thVenice Biennale (2013), the
13th Istanbul Biennial (2013) or documenta12 in Kassel (2007). She has exhibited
individually at the Artist’s Space gallery in New York, KOW Berlin (2015), the Van
Abbemuseum in Eindhoven, the ICA - Institute of Contemporary Arts in London (2014)
andT he Art Institute of Chicago (2012), among others. This year she represented Germany
at the Venice Biennale.