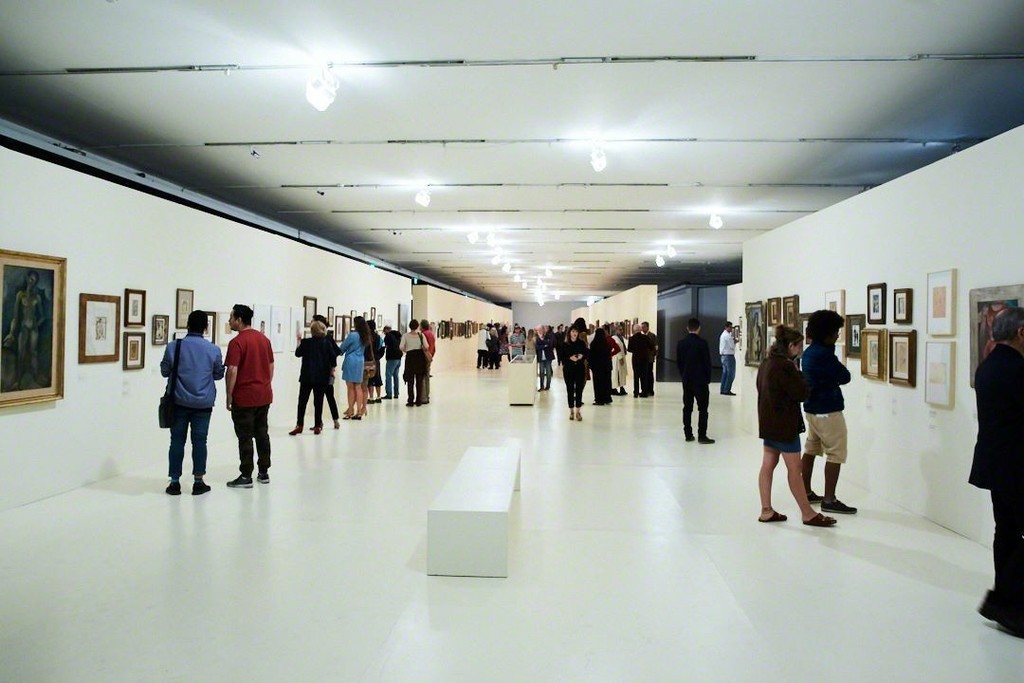 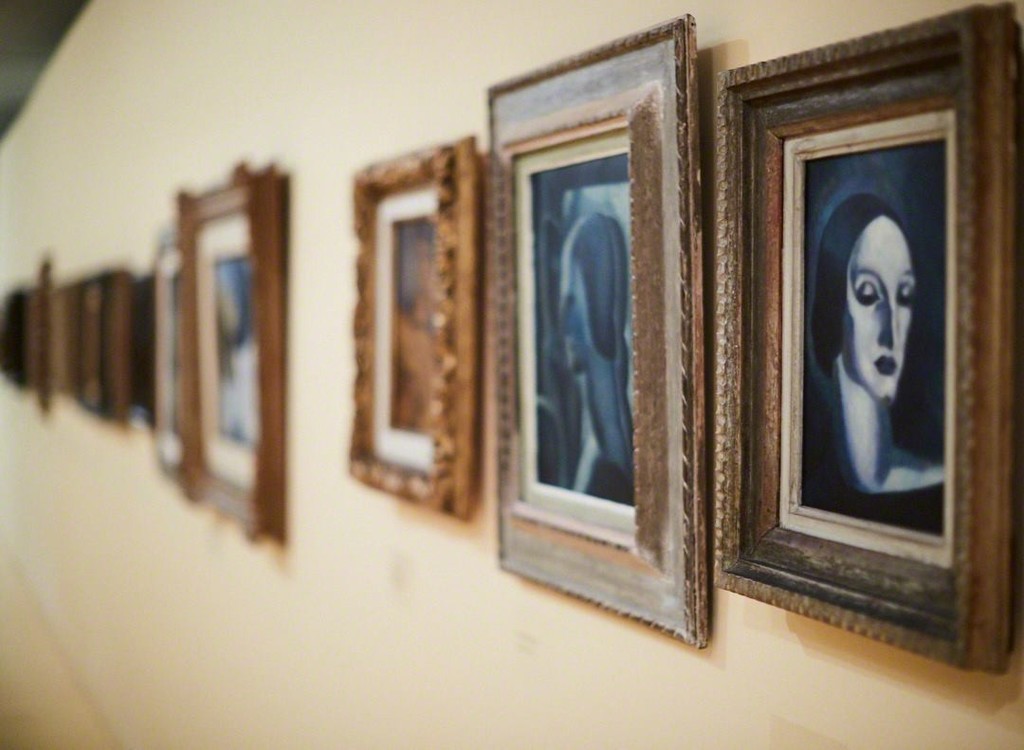 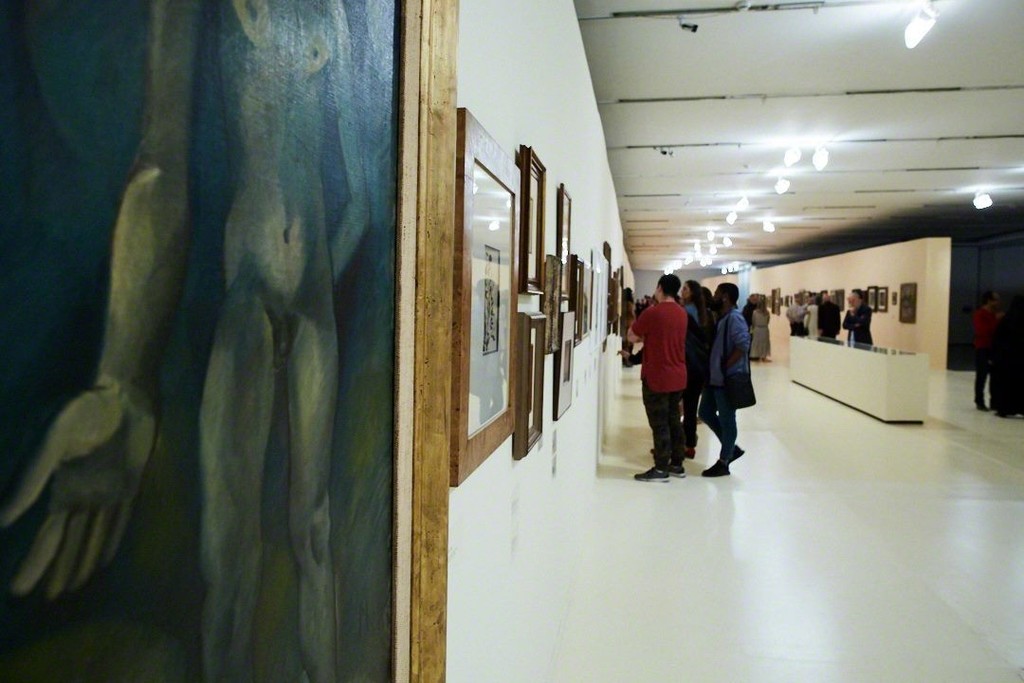 The works selected include nudes, human figures, portraits and self-portraits, which reveal the personality of an artist engaged in the simultaneous exploration of the different formal languages of his time, such as cubism, expressionism and surrealism, and pursuing themes of androgyny and transgression

Between Tuesday, May 8th (from 20:00, with free entry for guests and the general public), and August 11th, MAM – Museum of Modern Art of São Paulo, will stage the exhibition Ismael Nery: feminine and masculine, in the museum’s Great Room. The show brings together over 200 works. These include human figures, portraits and self-portraits, in small format paintings, watercolors, and India ink and graphite drawings. Selected by the curator, Paulo Sergio Duarte, the exhibition is organized according to subject: nudes, portraits and self-portraits, dances, set designs, and surrealism.

According to the curator, on observing the entirety of the work of Ismael Nery (1900 – 1934), three important characteristics of the artist stand out: firstly, his contempt for the art market, evidenced by his working in small formats – some of the works would fit into the palm of one’s hand, unlike those of his modernist contemporaries. Another of the artist’s characteristics is his contradictory personality. “Ismael Nery was a narcissistic dandy. One need only observe the number of portraits and self-portraits with his wife and muse, Adalgisa, to perceive this. The couple’s beauty is obvious and this, allied to the artist’s intellectual ability in polemical conversational gatherings, only served to increase his vanity”, says the curator. “And all this coming from a man who claimed to be a Catholic and professed his faith in philosophical discussions at home and at the houses of friends in Rio de Janeiro. He was a gifted dancer and what we would today call a performance artist. This mass of contradictions left us one of the most provocative collections of modern art in Brazil.”

Another striking feature of the artist was his bravery.
Prematurely dead at the age of 33, a victim of tuberculosis, the artist dedicated himself fearlessly and virtuosically, between the 1920s and the early 1930s, to the simultaneous exploration of different global artistic forms, such as cubism, expressionism and surrealism. He was indifferent to the concerns of Brazilian modernists, who were focused on seeking a national identity in traits and symbols.

His courage also appears in the treatment of his favorite subject, the ambivalence and ambiguity of gender. “He manages to introduce both concepts in addressing the subject of gender, such as in Duas figuras / Two Figures [s.d. graphite in paper], where two women – one white and one black -, kiss. In another, Namorados em traje de banho – Lovers in bathing suits [s.d. Watercolor on paper] there is an ambiguity about the man/women; both have very similar bodies. This recurs in many drawings and paintings”, observes Paulo Sergio Duarte.

The curator continues: “The courage to practice formal transgression is demonstrated in numerous works, such as the surrealist Duas figuras e perfil / Two figures and profile [watercolor on paper], which really presents four figures, including the imposing figure of a black Cyclops with a red eye, as well as a shadow and the confused figure of a woman.”

Born into a wealthy family, Ismael Nery had the opportunity, rare among Brazilian intellectuals, to travel to France. In his last visit to the continent (1927), he met André Breton, the author of the Surrealist Manifesto (1924), when he visited Chagall’s studio. He was one of the pioneers of surrealism in Brazil, alongside Cícero Dias.

Paulo Sergio Duarte is a curator, critic and professor-researcher of the Centre of Applied Social Studies (Centro de Estudos Sociais Aplicados - CESAP) of Candido Mendes University and of the Visual Arts School (Escola de Artes Visuais) – Parque Lage, in Rio de Janeiro. His more recent curating experiences include the retrospectives of Lygia Clark (2012), in partnership with Felipe Scovino, and Sergio Camargo (2015), in partnership with Cauê Alves, at Itaú Cultural, in São Paulo, the latter exhibited at the Fundação Iberê Camargo, in Porto Alegre; the retrospective of Amilcar de Castro (2014-2015), at the Museum of Modern Art of Rio de Janeiro; the solo exhibition “Antonio Dias – The Potency of Painting” (“Antonio Dias – Potência da pintura”) (2015), at the Fundação Iberê Camargo, and “Guignard – The Plastic Memory of Modern Brazil” (“Guignard – A memória plástica do Brasil moderno”) (2015), at the Museum of Modern Art of São Paulo.

The Museum of Modern Art of São Paulo
The MAM is a non-profit, public interest non-governmental organization, founded in 1948. Its collection comprises over 5 thousand works produced by some of the most important figures in modern and contemporary art, mainly from Brazil. Both the collection and exhibitions give precedence to experimentalism, embracing the plurality of global artistic production and the diversity of interests of contemporary societies.
The main exhibitions are held in two rooms, in accordance with an annual calendar divided into four seasons. Other exhibitions are regularly staged in the spaces of the library and the connecting corridor, where the installation program Projeto Parede / Wall Project is staged.
Every two years, MAM holds the Panorama of Brazilian Art (Panorama da Arte Brasileira), an exhibition that results from a mapping of contemporary production throughout every region of Brazil. The growth of interest in Brazilian art around the world has consolidated the Panorama as an important show on the international art circuit.
The museum also organizes a wide range of activities that includes courses, seminars, lectures, performances, musical shows, video sessions and artistic practices. The content of the exhibitions and activities is accessible to all audiences, through audio-guides, video-guides and translation into Brazilian sign language.

OPENING HOURS
Ismael Nery: feminine and masculine
Launch: May 8th 2018 (Tuesday), from 20:00
Visits: May 9th to August 11th 2018
Location: Museum of Modern Art of São Paulo
Address: Parque do Ibirapuera (av. Pedro Álvares Cabral, s/nº - Portão 3)
Times: Tuesday to Sunday, 10:00 to 17:30 (doors close at 18:00)
Telephone: (11) 5085-1300
Tickets: R$7.00 | Half-Price: R$3.50
Free entry on Saturdays
Free entry is also granted to visitors under 10 years of age or over 60 years of age, members and students of MAM, employees of partner companies and museums, members of ICOM, AICA and ABCA with identification, environmental agents of CET, GCM, PM, Metrô and employees of the yellow line of the Metrô subway, CPTM, the Civil Police, bus conductors and drivers, coach drivers, employees of SPTuris, street vendors of Ibirapuera Park, gas station attendants and taxi drivers with identification, and to up to 4 of their carers.
On Saturdays, entry is free all day for all members of the public.
Group visits may be scheduled, free of charge, for all members of the public by calling 5085-1313 or sending an email to: [email protected]
[email protected]
www.mam.org.br
www.facebool.com/MAMoficial
www.twitter.com/MAMoficial
www.youtube.com/MAMoficial