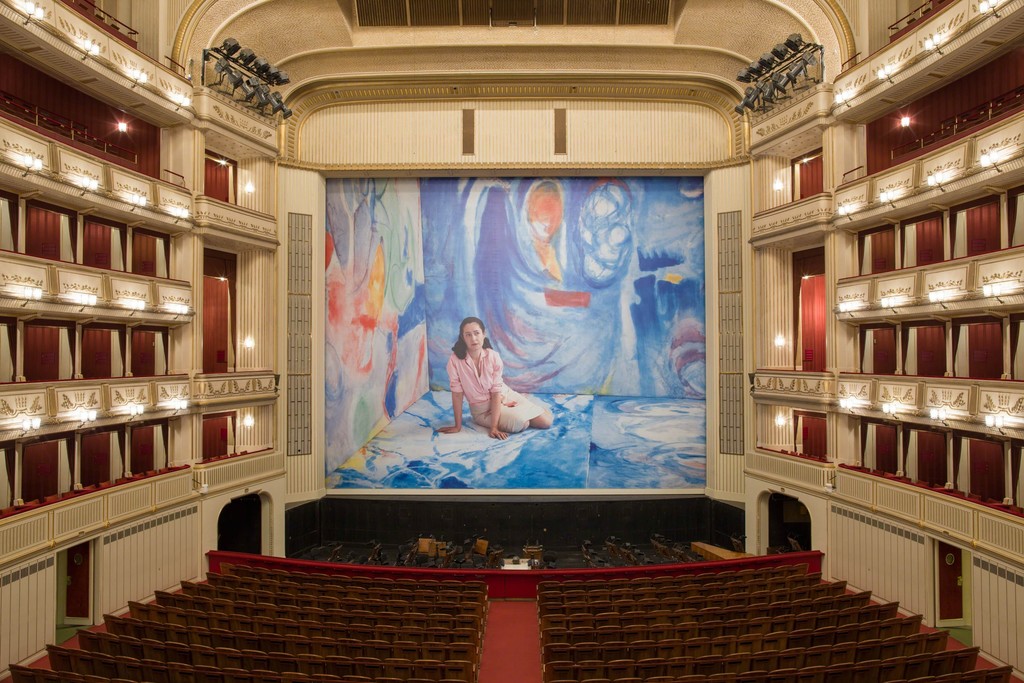 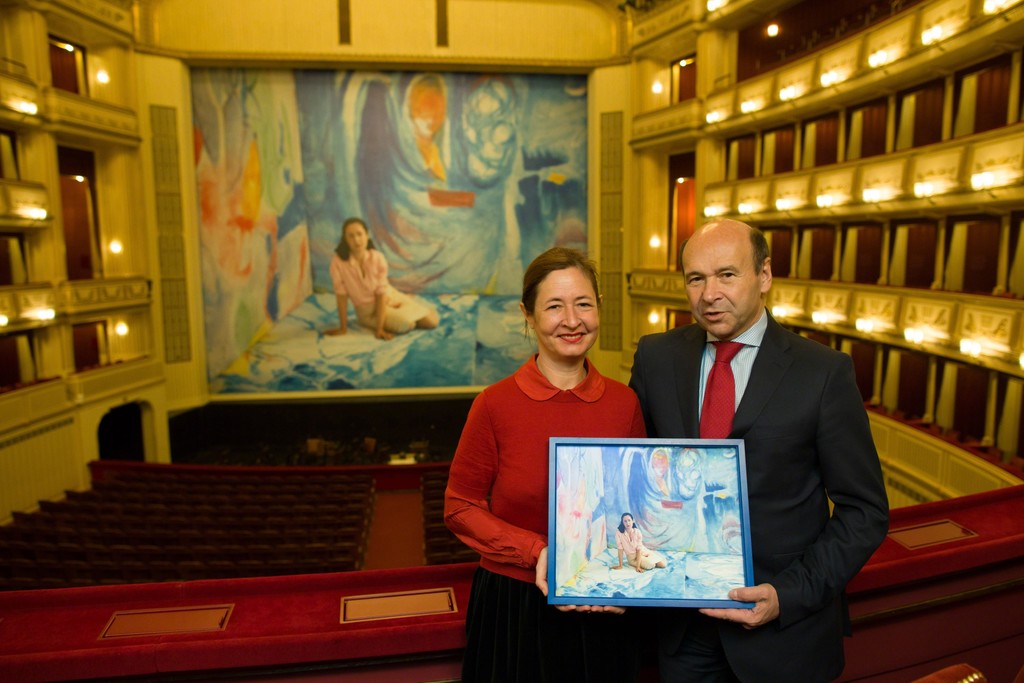 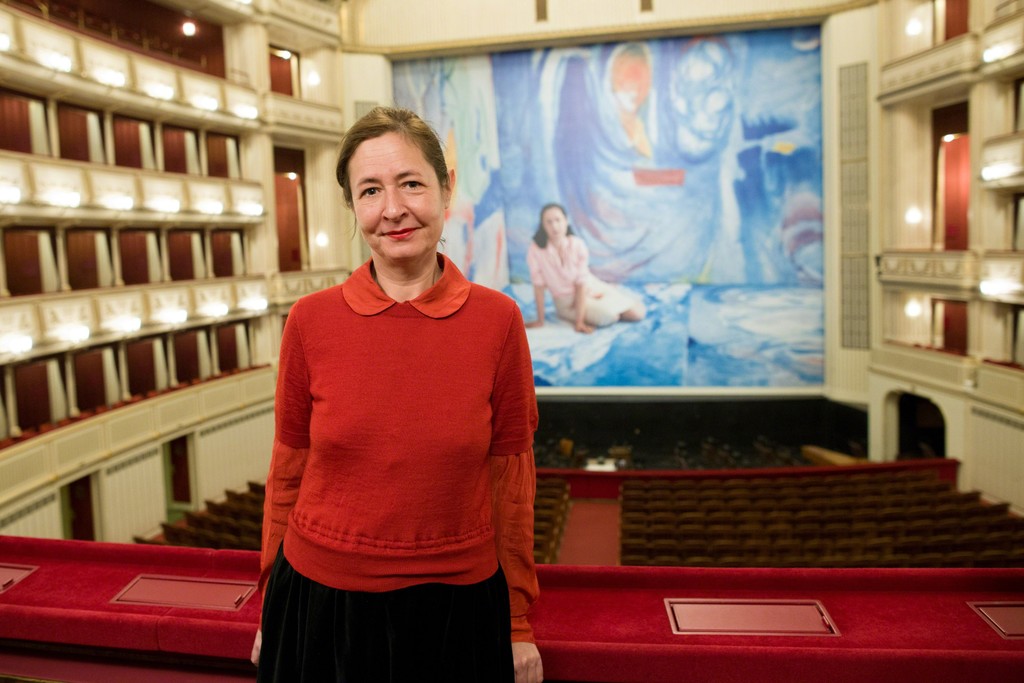 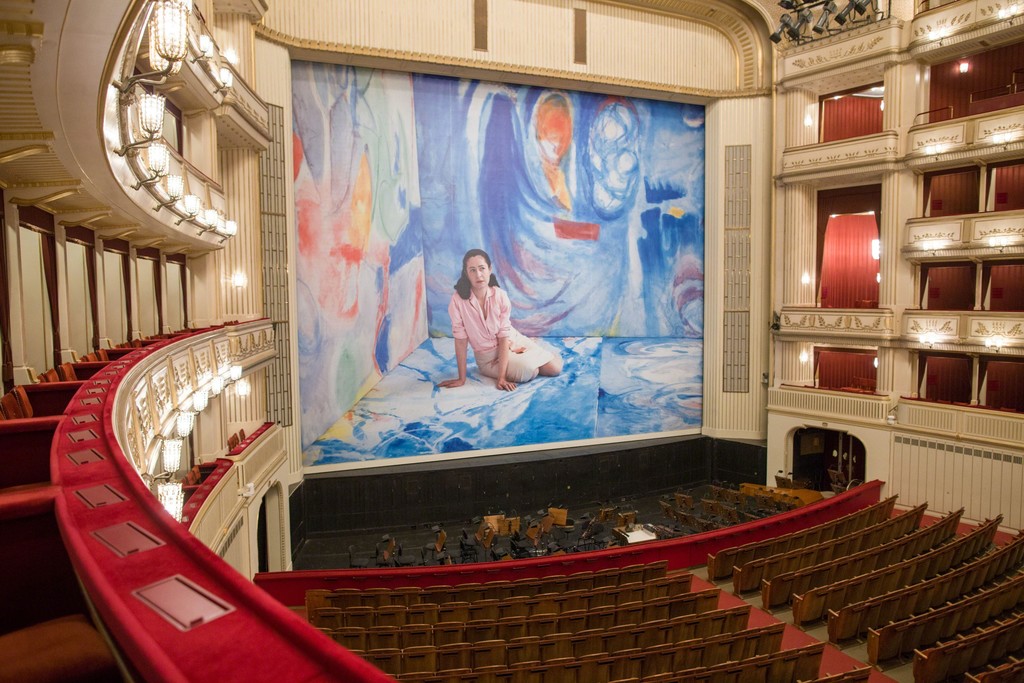 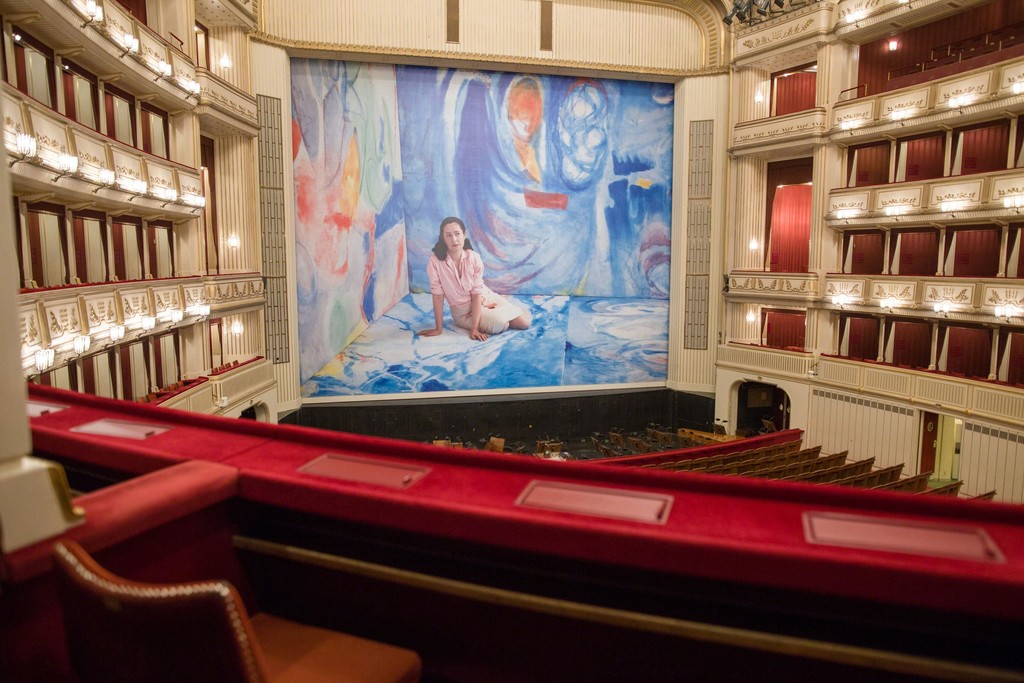 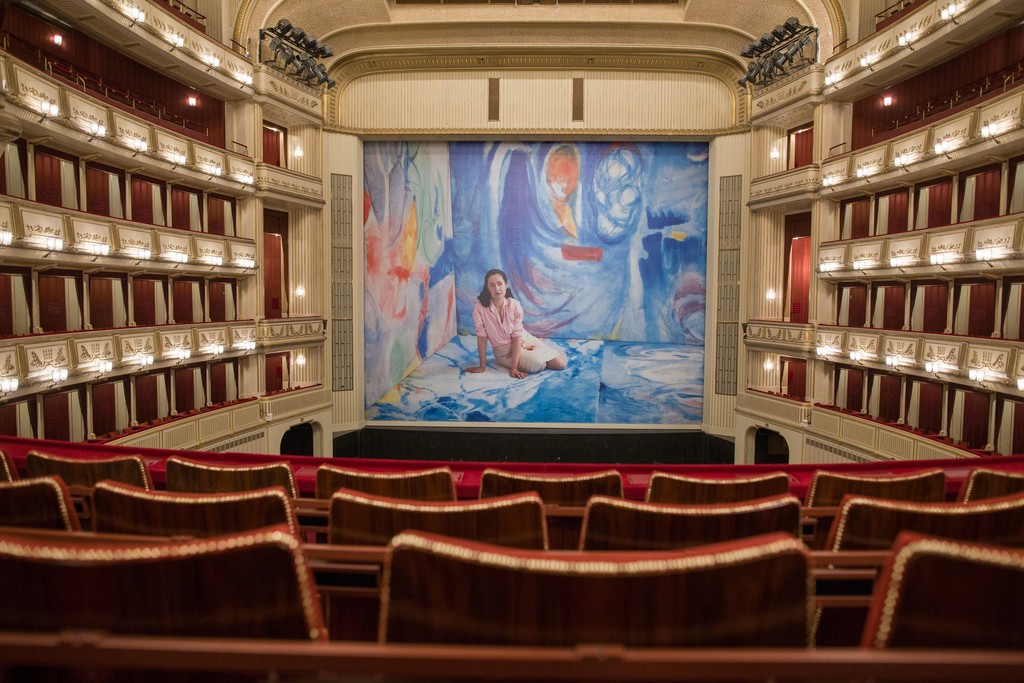 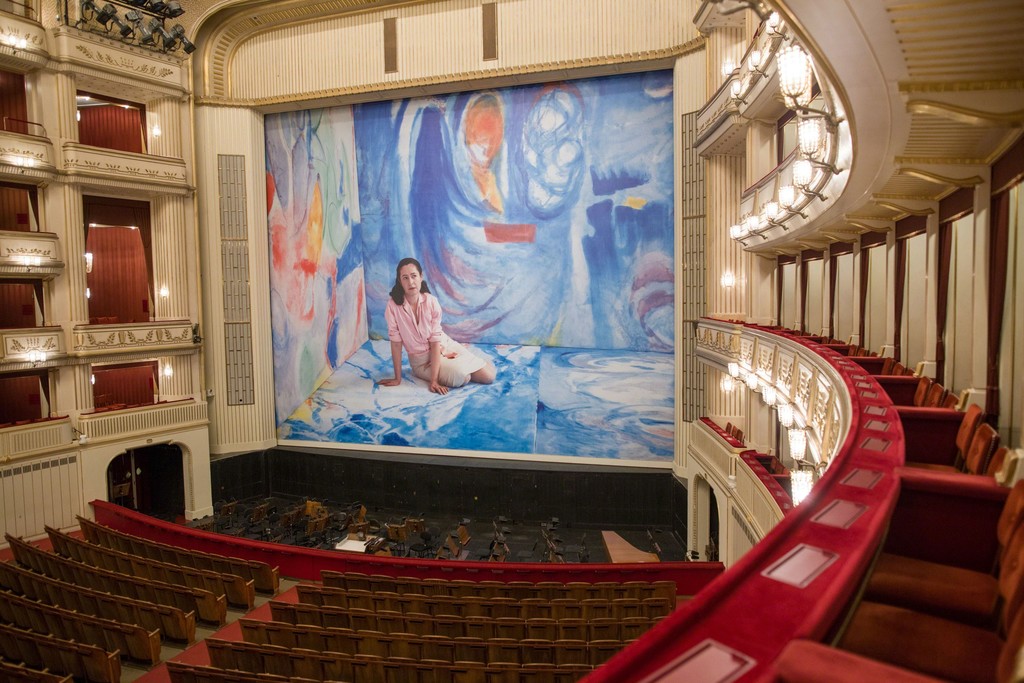 The exhibition series Safety Curtain is a project of museum in progress in cooperation with the Vienna State Opera and the Bundestheater-Holding, made possible in 2015 by the Helen Frankenthaler Foundation.

For the eighteenth Safety Curtain, the jury (Daniel Birnbaum and Hans-Ulrich Obrist) selected the internationally renowned French artist Dominique Gonzalez-Foerster. Safety Curtain is an exhibition series conceived by museum in progress (www.mip.at) in cooperation with the Vienna State Opera that has been transforming the safety curtain of the main stage into a temporary exhibition space for contemporary art since 1998. The large-format pictures (176 square metres) are produced and installed using an innovative process that allows the images to be fixed on the safety curtain with magnets. The artists’ works are exhibited over the period of one opera season. The Safety Curtains can be seen before the start of the opera, during the pause and at the end of the performance.

To mark the artist’s design of the Safety Curtain 2015/2016, the Vienna State Opera and museum in progress are delighted to present an exclusive signed and numbered special edition (39 x 32,2 cm incl. frame). The edition, which was framed according to the instructions of the artist, consists of 20 prints only. By purchasing it, art and opera enthusiasts will be making an important contribution to the continuation of this exhibition series at the Vienna State Opera.