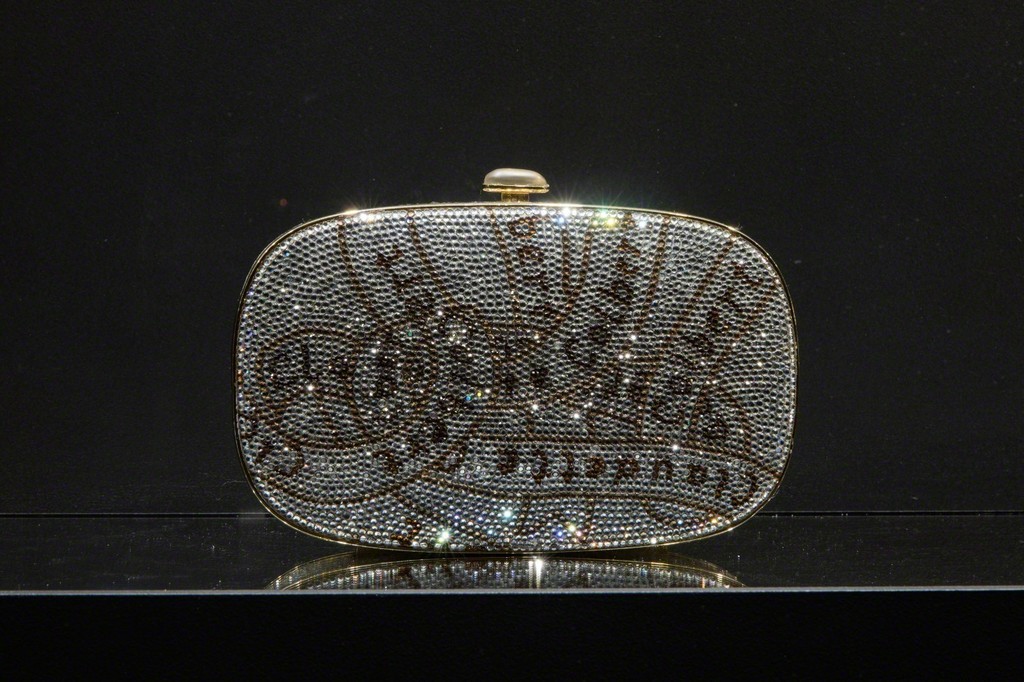 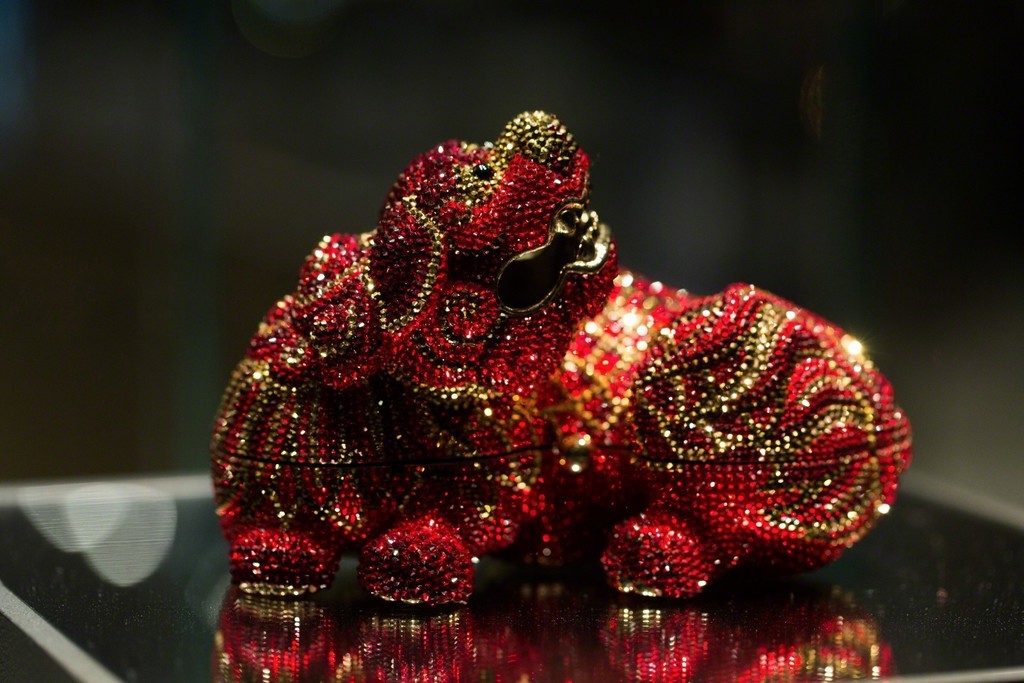 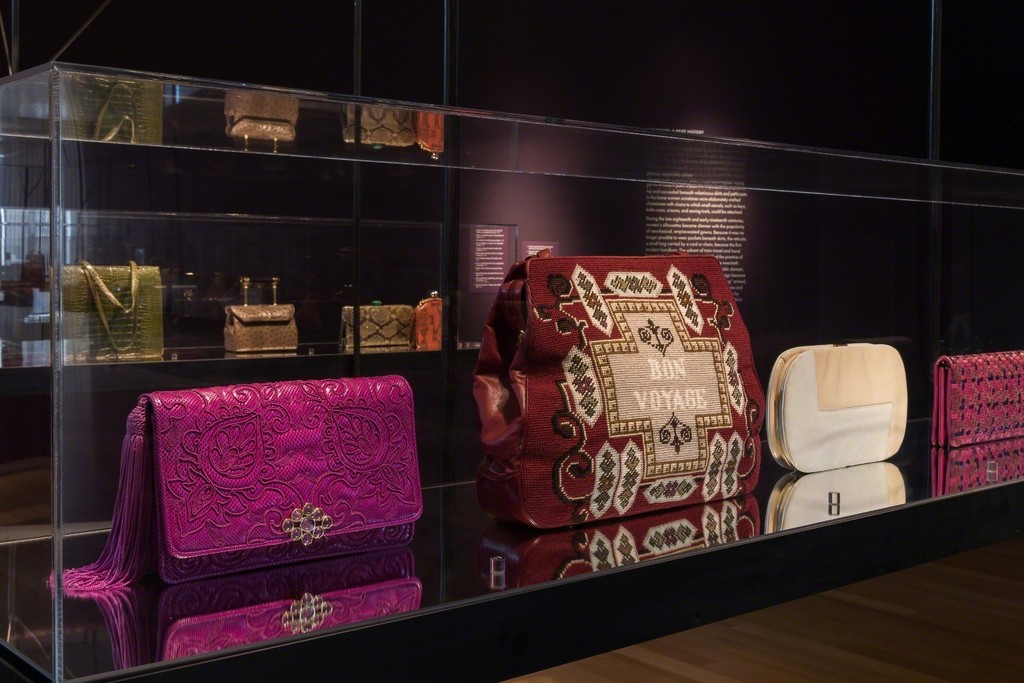 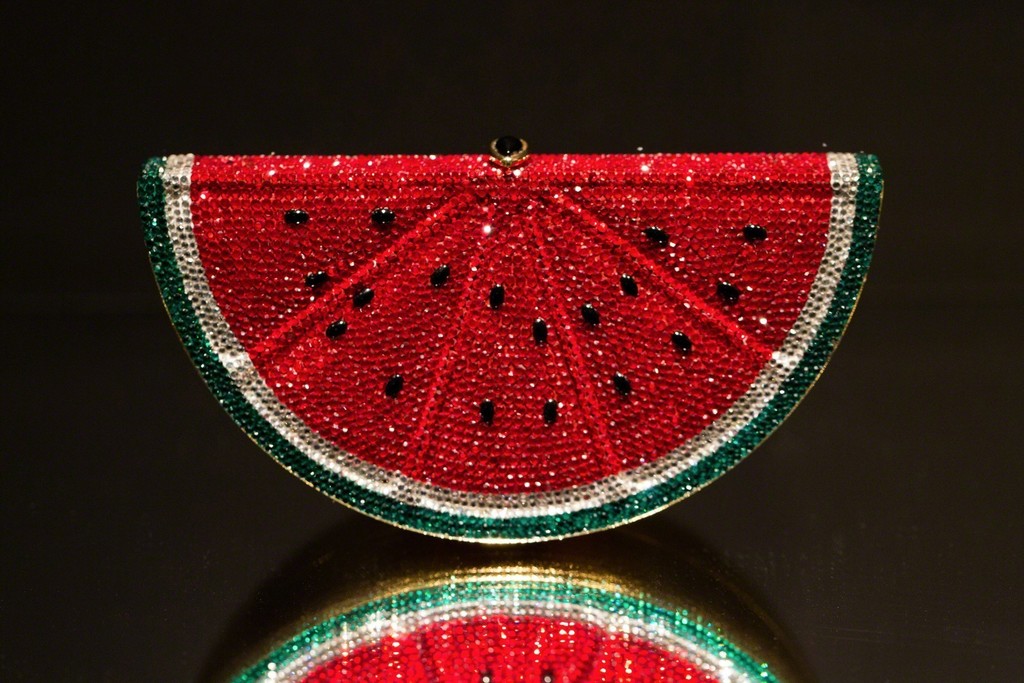 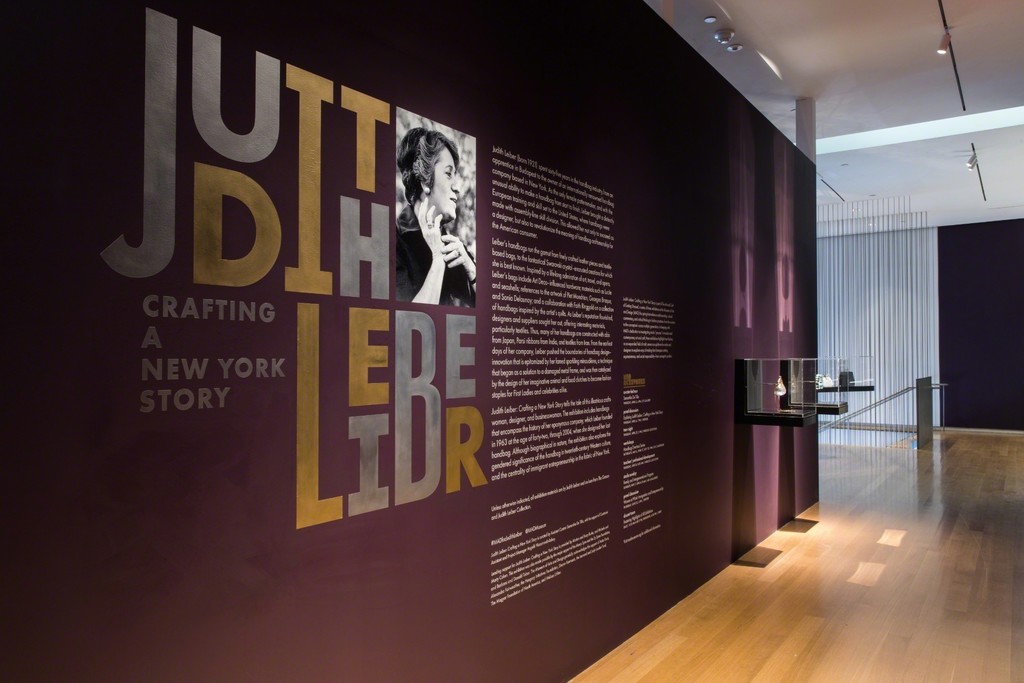 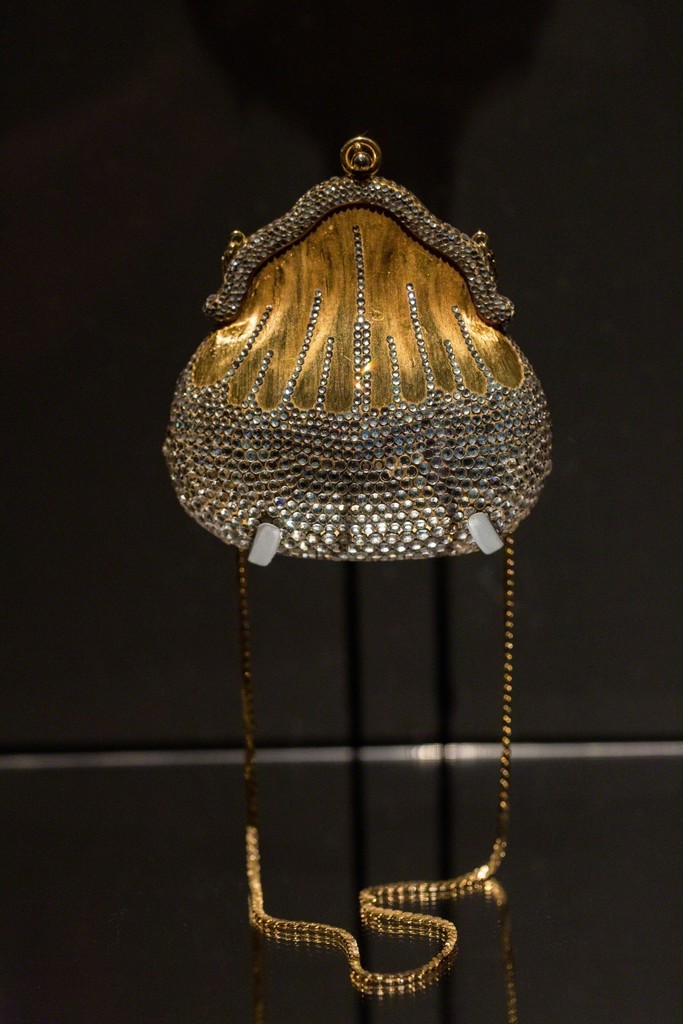 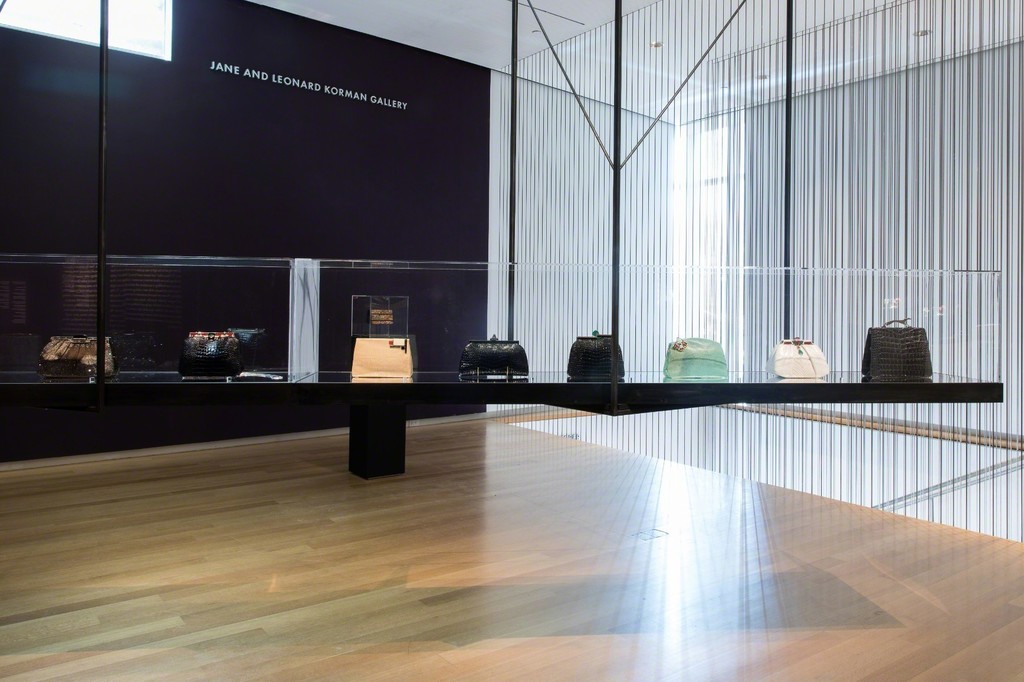 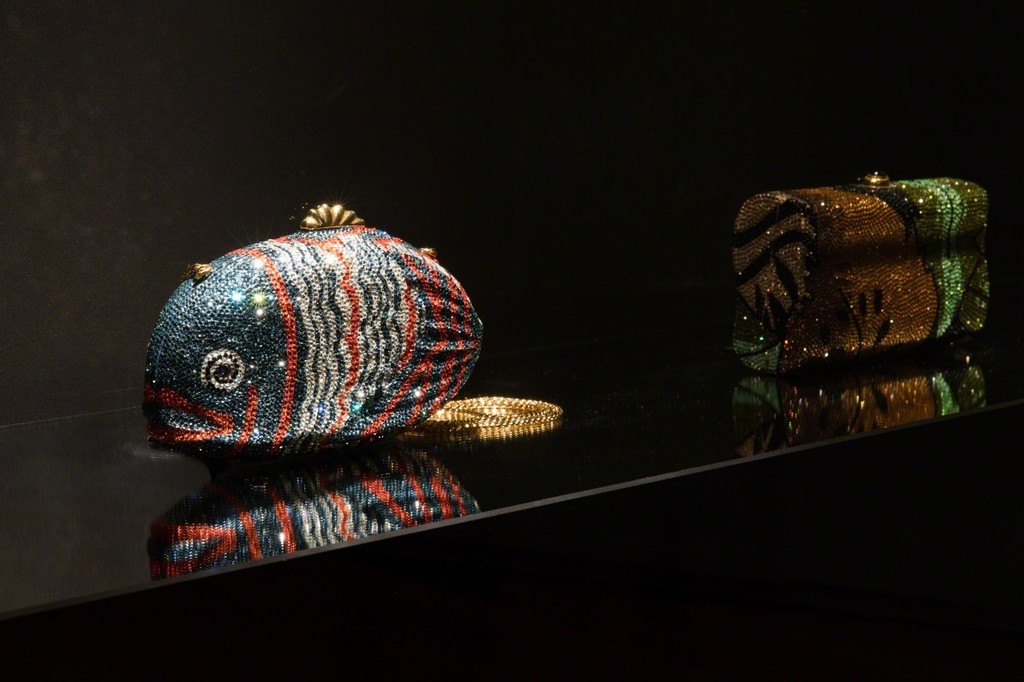 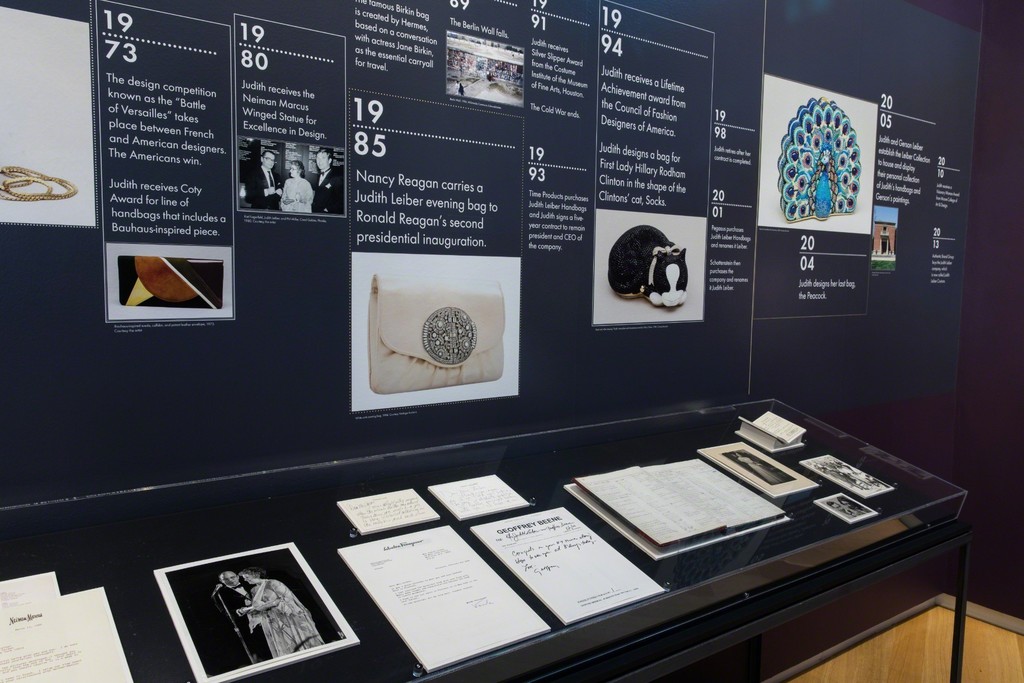 From April 4 through August 6, 2017, the Museum of Arts and Design (MAD) presents Judith Leiber: Crafting a New York Story, an exhibition that focuses on the life and craft of America’s most enduring and iconic handbag designer, tracking her rise from patternmaker and Holocaust survivor to venerated female entrepreneur.

Including nearly one hundred handbags as well as wax models, letters, photographs, and other ephemera, the exhibition encompasses the history of Leiber’s eponymous company, which she founded in 1963 at the age of forty-two, through 2004, when she designed her last handbag. Judith Leiber: Crafting a New York Story presents the illustrious craftswoman, designer, and businesswoman behind the legendary name, while foregrounding the gendered significance of the handbag in twentieth-century Western culture, and the centrality of immigrant entrepreneurship in the fabric of New York.

“MAD is thrilled to host this timely exhibition of Judith Leiber’s work as part of our spring fashion series, The Art and Craft of Getting Dressed,” said Shannon R. Stratton, MAD’s William and Mildred Lasdon Chief Curator. “Leiber is a designer, but she is also a craftswoman. This exhibition reminds us of the skilled making and tacit knowledge that we often take for granted, but that lie at the root of the designed objects we live with.”

“Judith Leiber’s combination of craftsmanship and innovation sets her work apart from other handbag designers in both the United States and Europe during the twentieth century, a legacy that continues,” said exhibition curator Samantha De Tillio. “But beyond the handbags, her personal story speaks to so many. She was an immigrant who created a flourishing business—a story that has political and social relevance, especially today.”

Judith Leiber (b. 1921) spent sixty-five years in the handbag industry, from an apprentice in Budapest to the owner of an internationally renowned handbag company based in New York. As the only female patternmaker, and with the unusual ability to make a handbag from start to finish, Leiber brought a distinctly European training and skill set to the United States, where handbags were made with assembly-line skill division. This allowed her not only to succeed as a designer, but also to revolutionize the meaning of handbag craftsmanship for the American consumer.

Leiber’s handbags encompass a formidable range of materials and techniques, from finely crafted leather pieces and textile-based bags to the fantastical Swarovski crystal–encrusted creations for which she is best known. From the earliest days of her company, Leiber pushed the boundaries of handbag design—innovation that is epitomized by her famed sparkling minaudières, the first of which she created as a solution to a damaged metal frame. Her imaginative animal and food clutches have since become fashion staples for First Ladies and celebrities alike.

Inspired by a lifelong admiration of art, travel, and opera, Leiber’s bags include Art Deco–influenced hardware; materials such as Lucite and seashells; references to the artwork of Sonia Delaunay, Piet Mondrian, Georges Braque, Louis C. Tiffany, and Charles Rennie Mackintosh; and a collaboration with Faith Ringgold on a collection of handbags inspired by the artist’s quilts. Over the thirty-five years between the founding of Judith Leiber Handbags and her retirement, Leiber designed more than 3,500 bags.

Leading support for Judith Leiber: Crafting a New York Story is provided by Marian and Rusty Burke and Michele and Marty Cohen. This exhibition was also made possible by the major support of the Marcy Syms and the Sy Syms Foundation and Donald and Barbara Tober. The Museum of Arts and Design gratefully acknowledges the support of Anita Durst, Alexandra Fairweather, the Hungary Initiatives Foundation, The Magyar Foundation of North America, Sharon Karmazin, the Leonard and Judy Lauder Fund, and Melissa Urfirer.

Contributing support for the exhibition’s education and public programs is provided by an anonymous donor, Sandye and Renee Berger, The Carpenter Family, and Fred and Susan Sanders.

Judith Leiber: Crafting a New York Story is part of The Art and Craft of Getting Dressed, a series of three exhibitions at the Museum of Arts and Design this spring that embrace craftsmanship, cultural commentary, and critical thinking in fashion practices—from the couture to the conceptual—across multiple generations. In keeping with MAD’s dedication to investigating studio “process” in modern and contemporary art and craft, these exhibitions highlight how fashion, as an expanded field of craft, serves as a platform for artists and designers to explore ways of making that champion artistry, expressiveness, and social responsibility—from concept to product.