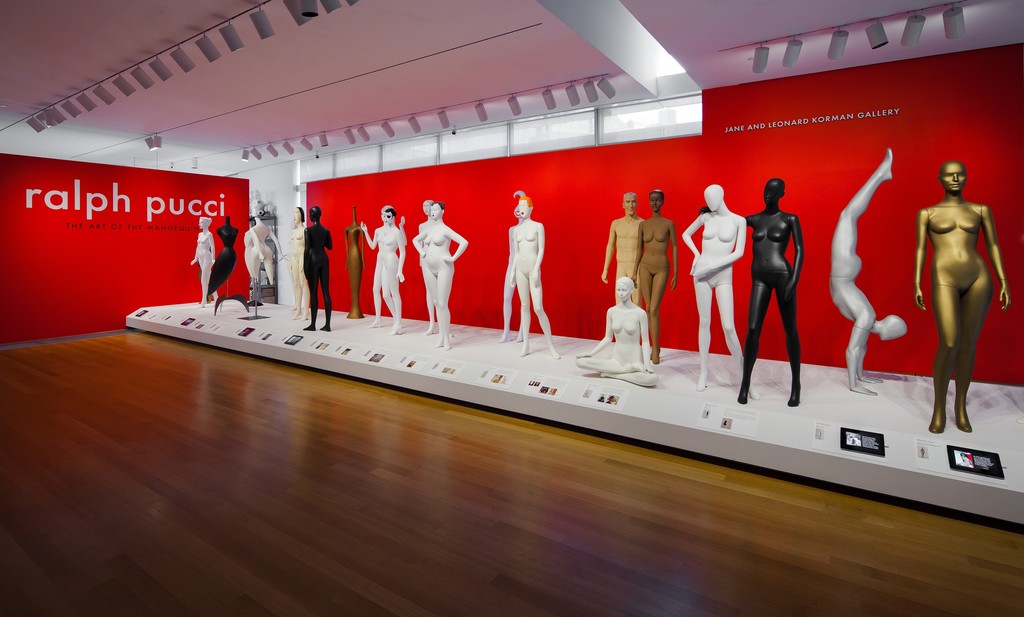 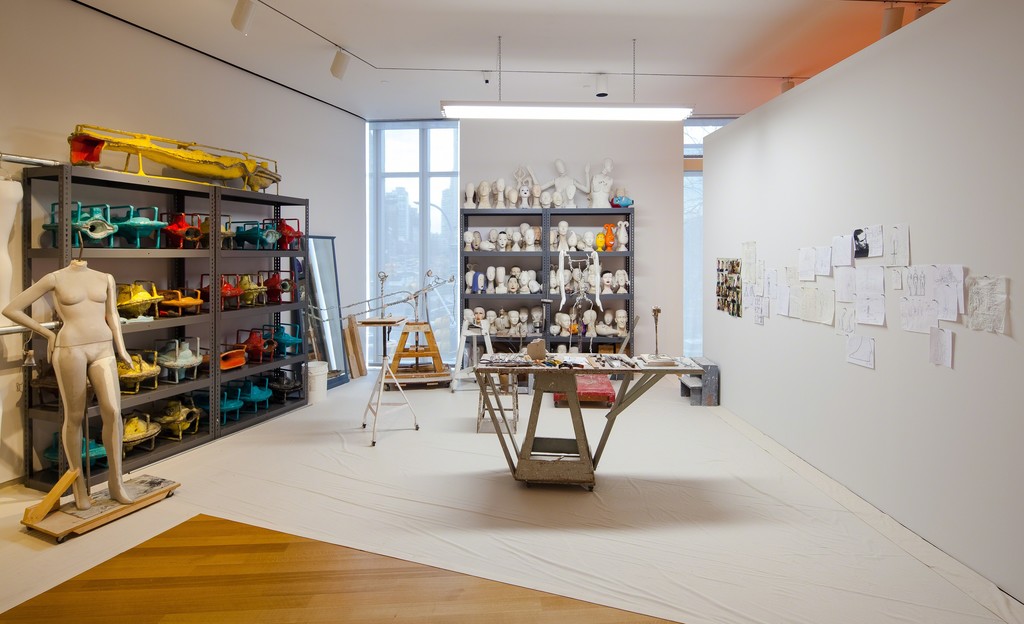 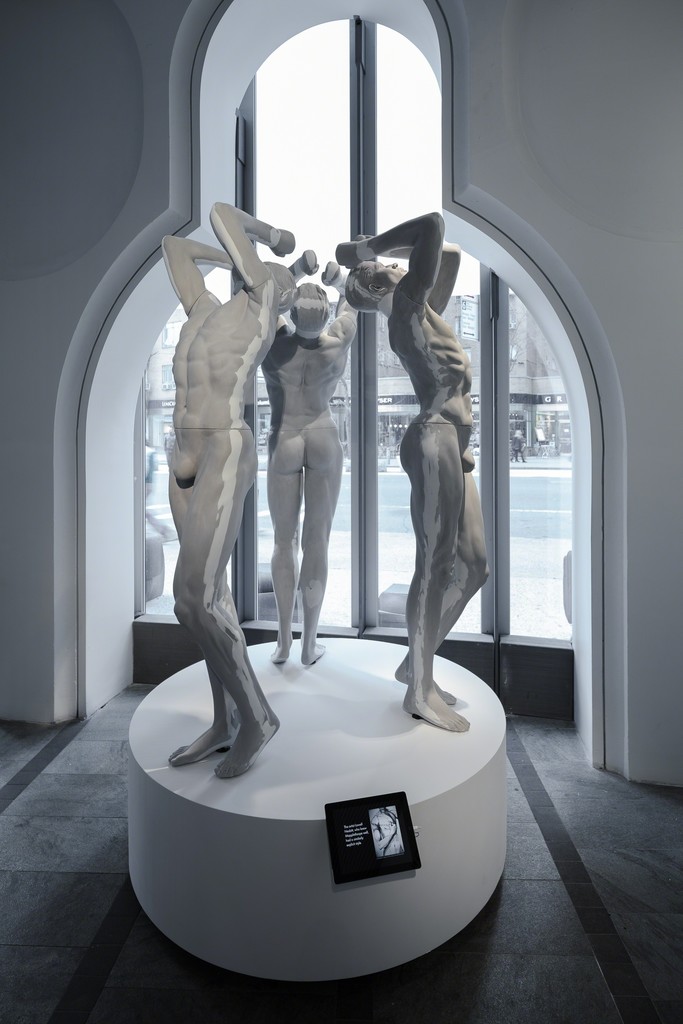 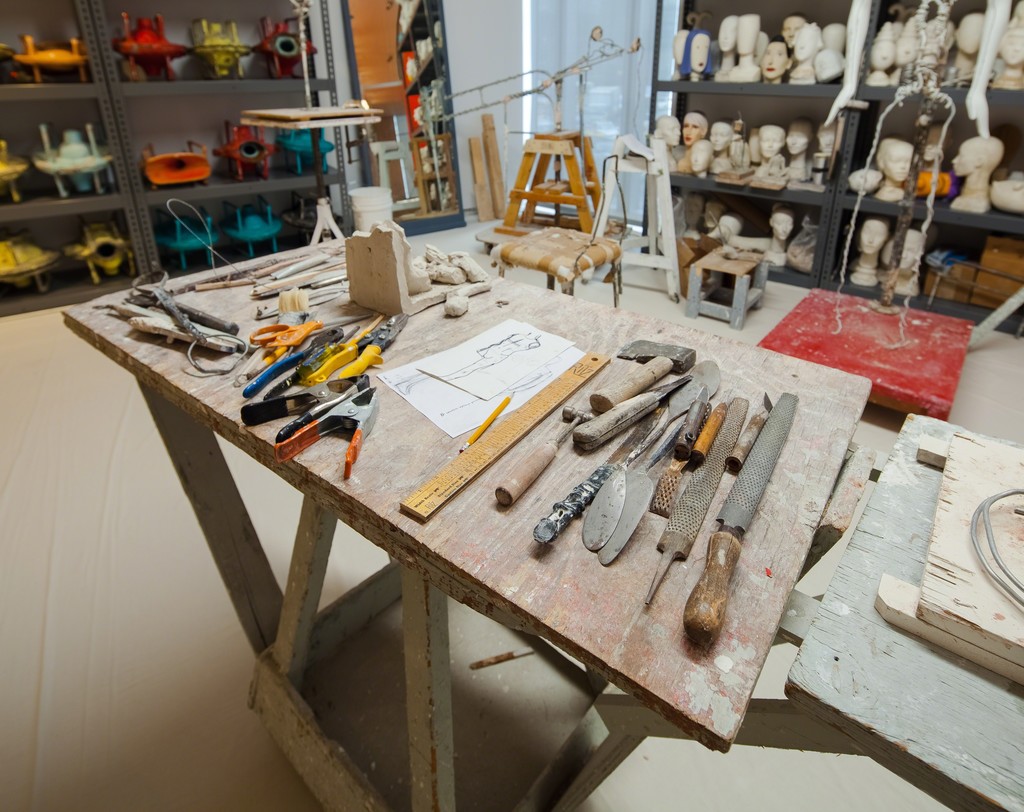 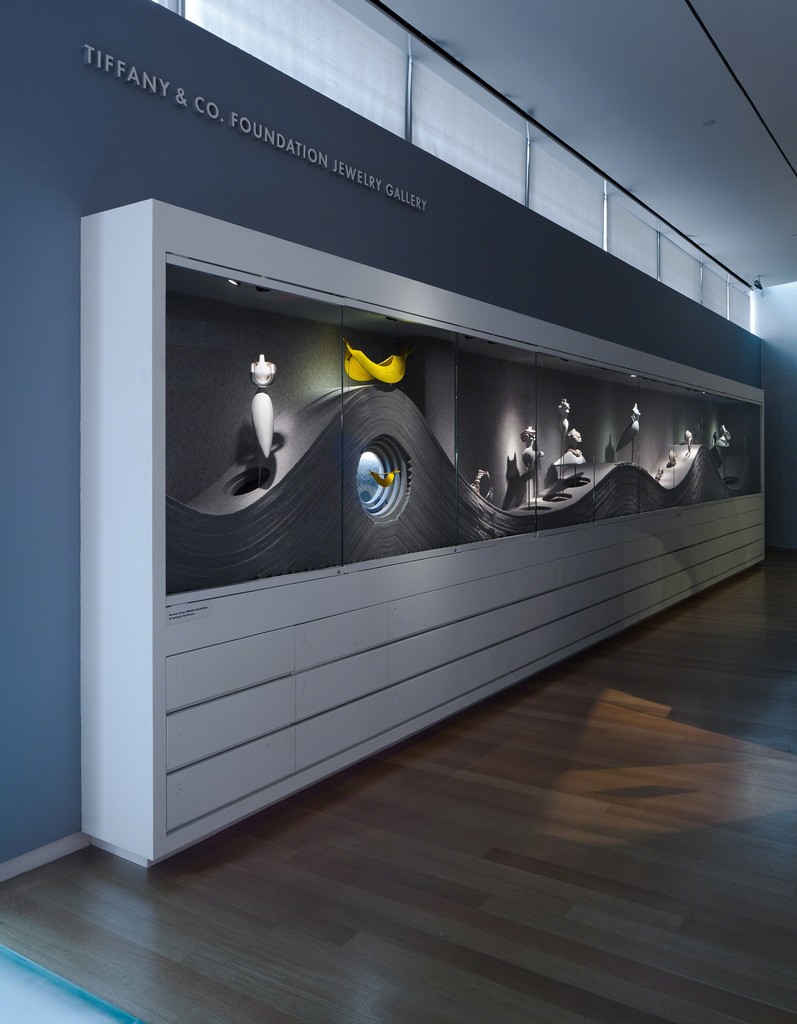 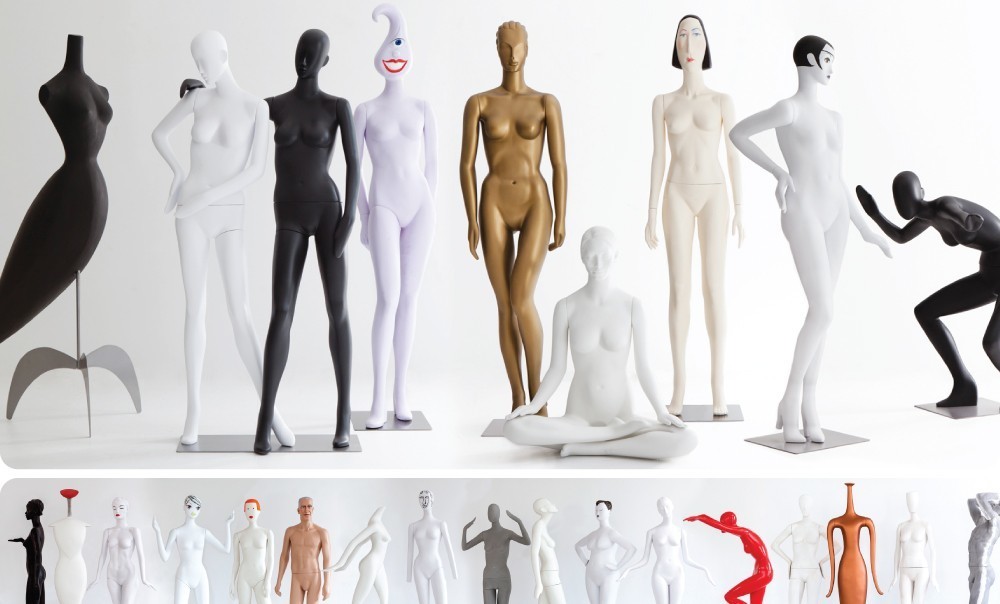 Courtesy of the Museum of Arts and Design.

Ralph Pucci: The Art of the Mannequin is the first museum exhibition to explore the work of renowned New York-based designer Ralph Pucci, widely regarded for his innovative approach to the familiar form of the mannequin. Through a complete commitment to craftsmanship, and unique artistic collaborations with the likes of Diane von Furstenberg, Patrick Naggar, Lowell Nesbitt, Andrée Putman, Kenny Scharf, Anna Sui, Isabel and Ruben Toledo, Christy Turlington and Veruschka, Pucci expanded the parameters of this ubiquitous sculptural form, while creating mannequins that reflect major cultural trends of the past three decades. The exhibition features over 30 of Pucci’s most important mannequins, as well as an in-gallery recreation of the sculpture studio where his longtime collaborator Michael Evert creates the prototypes.

“This groundbreaking exhibition will reveal the fascinating convergence of design, craftsmanship, art and fashion at the heart of Pucci’s mannequins,” says Glenn Adamson, MAD's Nanette L. Laitman Director. “Visitors will get a unique behind-the-scenes understanding of the creative process involved in Pucci’s multidisciplinary endeavors.”

As Pucci was building his business in the 1970s, the notion of the “super model”—the living mannequin with a personality—emerged. Pucci captured this catalytic moment in his work, finding inspiration from sources as varied as Greek and Roman statues and the performance costumes of the New York Dolls. Pucci personified the previously anonymous form in new and challenging ways, creating visions of physical beauty that were more specific, empowered, and diverse than the fashion industry had previously allowed. More than commercial armatures or sculptural forms, his mannequins became agents of change in our attitudes to the body, to fashion, and to individual identity.

“Pucci has not been afraid to diversify, abstract, and satirize the human figure and generally to push ‘the culture envelope’ as he observed in a 2009,” said MAD’s Chief Curator Lowery Stokes Sims. “He has also cultivated collaborative relationships with designers, models, artists and illustrators that have had energizing and inspiring results.”

In-Gallery Recreation of Sculpture Studio and Live Sculpting
MAD will reveal the artistry and craftsmanship that goes into the creation of the mannequin by focusing on the collaboration between Pucci and Michael Evert, his master sculptor and longtime collaborator. A recreation of the Pucci Sculpting Studio will feature the idea boards that are used to create mannequin designs, the mannequin forms in various stages of finish, and smaller maquettes revealing the traditional clay sculpting methods Evert uses to create the Pucci mannequins. A time lapse video will uncover the start to finish cycle of the Pucci mannequin design and fabrication process, from the sculpting of the prototype by Evert to the final product ready for the marketplace.

In residence periodically during the exhibition's run, Evert will conduct live “sittings” and sculpt models of selected fashion celebrities and members of the general public, offering visitors a first-hand look at his creative process. Various steps of assembly and finishing will be conveyed via photographs by Antoine Bootz.

Highlights from the Main Gallery exhibition include:

The Olympian Goddess, 1986: Pucci’s first big collaboration, this mannequin premiered at the opening for Barneys downtown women's store in 1986, as a collaboration with interior designer Andrée Putman. Championing a different look from the standard slender mannequin, The Olympian Goddess was designed as a tall, upright, broad-shouldered, androgynous, imposing, and metallic-toned figure.
Birdland, 1988: Inspired by surrealism and Alexander Calder, this half-bird, half-woman form was created by Pucci's longtime collaborator Ruben Toledo. It was originally made for jewelry and stood twenty-four inches tall, but was reimagined by Pucci as a full-size form for handbags and other accessories.
Olympic Gold, 1989: After attending the Olympian Goddess opening party in 1986 with Andy Warhol and Keith Haring, artist Lowell Nesbitt wanted to create a mannequin for Pucci. Three years later, Pucci collaborated with Nesbitt to create a male mannequin for the opening of Dayton Hudson's Mall of America store. Moved by the controversy surrounding his friend Robert Mapplethorpe, Nesbitt used the collaboration as an opportunity to rethink ideals of male beauty. The muscular mannequin generated blockbuster publicity: In 1990 Olympic Gold made People magazine’s first “50 Most Beautiful People” issue. A configuration of Olympic Gold mannequins will be displayed in the Museum’s Barbara Tober Grand Atrium for the duration of the exhibition.
Ada, 1994: Inspired by her imaginative drawings of eccentric New Yorkers, Pucci collaborated with illustrator and writer Maira Kalman to create the Tango series, which includes three male and three female mannequins, each with Kalman's signature primary colored hair and faces. At a time when minimalist clothing dominated store showrooms, the fashion industry embraced the light-hearted, whimsical mannequin line.
Swirley, 2000: Kenny Scharf created Swirley and a whole cast of Scharf's iconic characters for Ralph Pucci —some with one eye, some with three, and others with cone heads—all presented in different colors. The series represents one of Pucci's most risk-taking collaborations.
Motion2, 2013: This line designed by Pucci premiered in 2014 at the Museum of Arts and Design, as part of NYC Makers: The MAD Biennial. Influenced by the Japanese fashion designer Issey Miyake and the legendary jazz trumpeter Miles Davis, the bright red mannequins act as lively animations of the typically static mannequin form.
Diane von Furstenberg, 2013: Pucci created this mannequin for an exhibition celebrating fashion designer Diane von Furstenberg's iconic wrap dress. Inspired by ancient Chinese terra-cotta warriors’ simple poses and by the designer's facial features, the mannequins have since become von Furstenberg's signature form, used in all her stores.