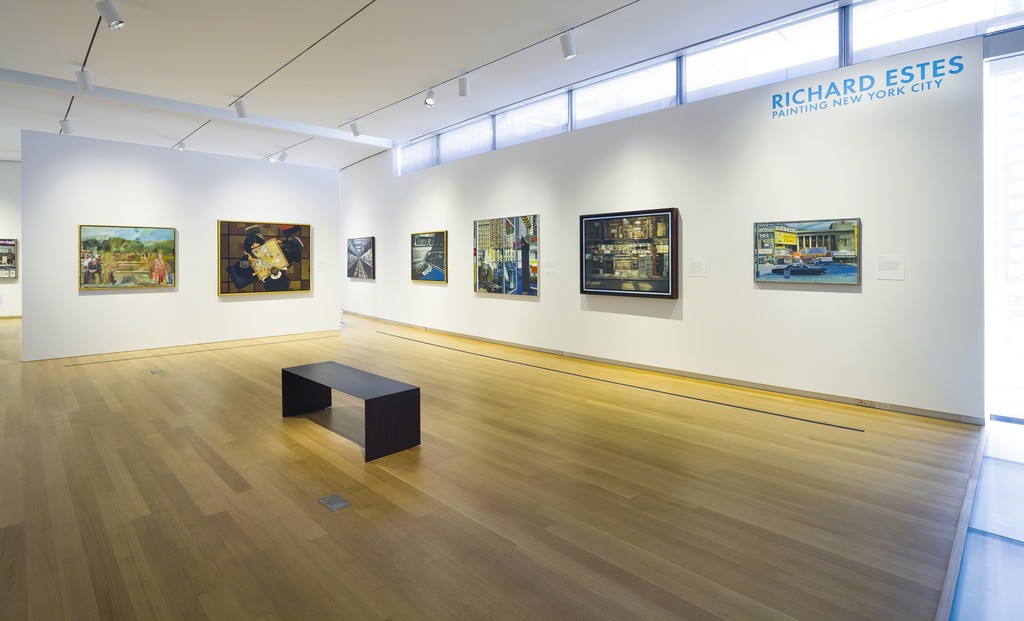 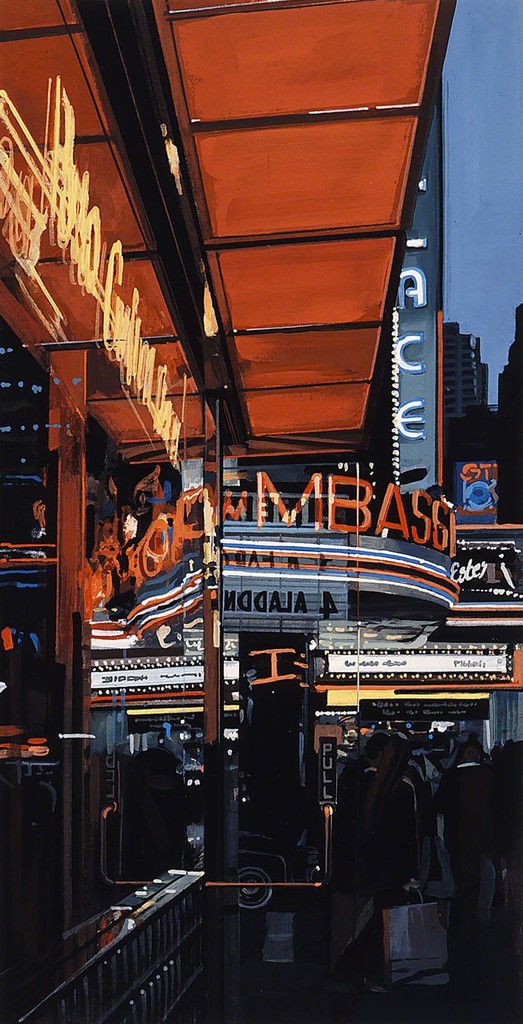 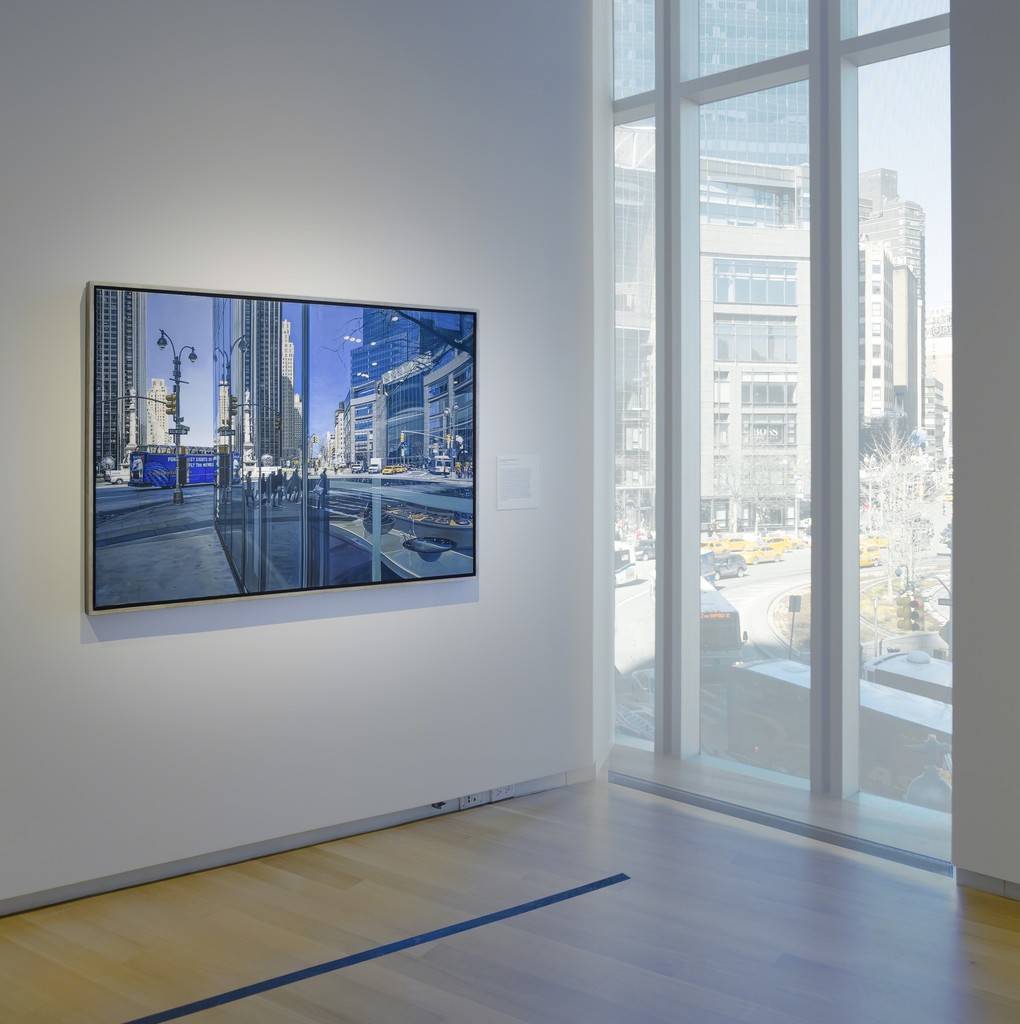 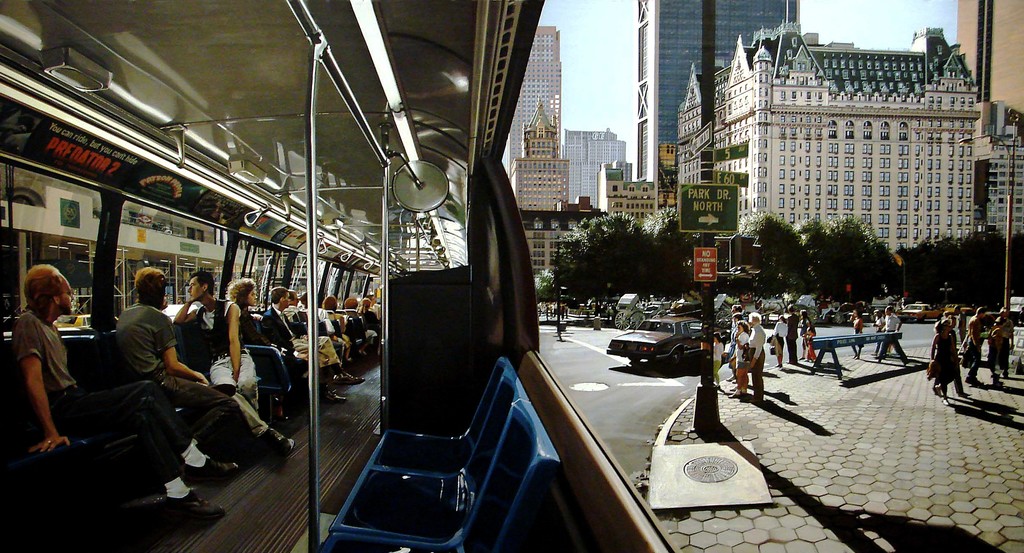 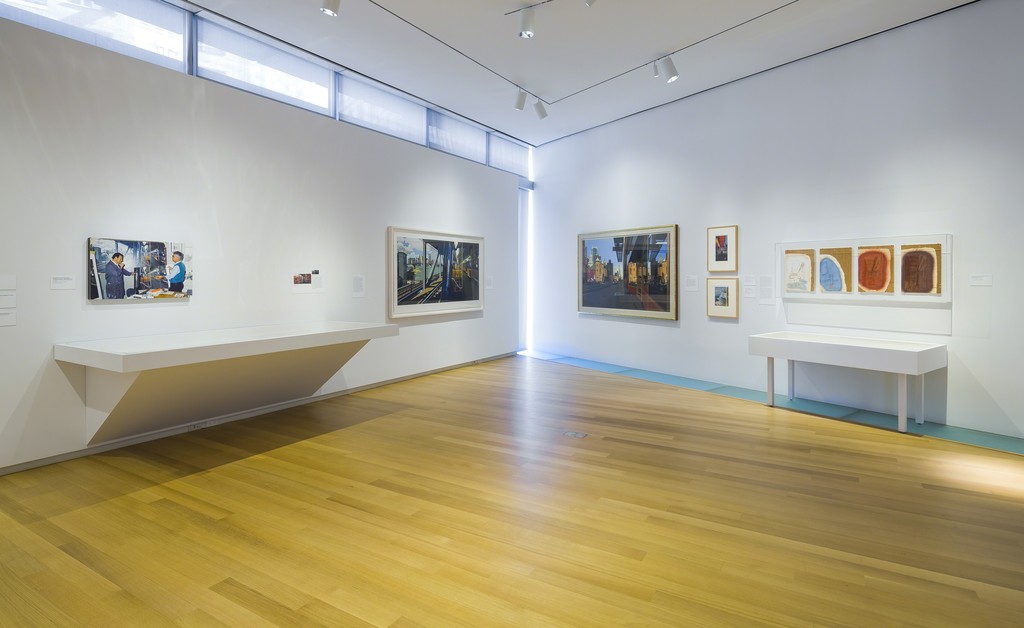 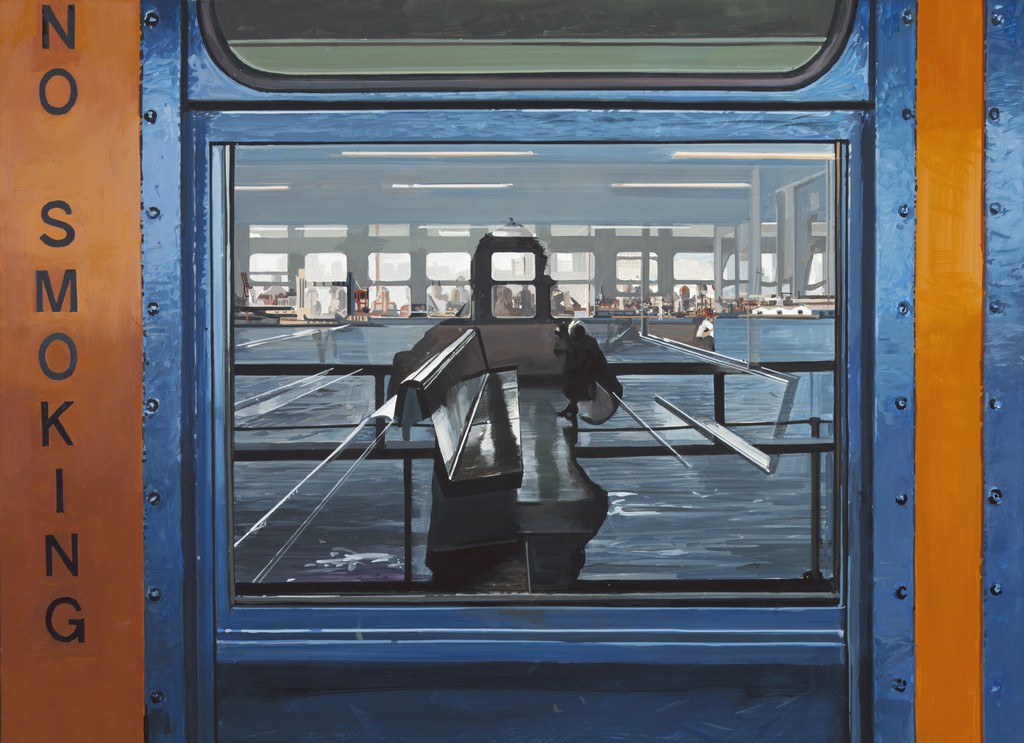 Museum of Arts and Design (MAD) presents Richard Estes: Painting New York City, the first exhibition of the art of Richard Estes to focus on the artist’s technique and process, through an examination of his New York City paintings, prints, and photographs. Spanning from the mid-1960s to the present and featuring over forty paintings and works on paper, the exhibition is Estes’ first New York City museum survey. It is also the first solo painting show in the history of the Museum of Arts and Design.

“For the first painting exhibition in the museum’s history, we could not have picked a more apt and compelling subject," said Glenn Adamson, MAD's Nanette L. Laitman Director. "Estes is a paradigmatic example of a world-class artist who is also a consummate artisan. He uses his own extraordinary skill as a means to open up possibilities of form and content."

Richard Estes: Painting New York City provides an unprecedented view into the artist’s photo-derived creative process through numerous examples of his source photographs, along with silkscreens, woodcuts and their various proofs, as well as his art-making tools. The exhibition also offers a powerful portrait of New York City through the last five decades, one that defies topicality and affirms Estes as one of its most essential artists.

“Estes’ urban façades, streetscapes, and vistas of venerable or banal and usually passed-by buildings remain vibrant affirmations and celebrations of a thrilling, ever-evolving city,” notes exhibition curator Patterson Sims. “Over the last five decades, New York City has clearly captivated and recreated Richard Estes, just as he has become one of its grandest proponents and painters.“

A press preview for the exhibition will be held on Monday, March 9, from 4:30 to 6 p.m. Exhibition curator Patterson Sims will lead a short tour of the exhibition.

Since the mid-1960s, Estes has made his art only from subjects and sites he has seen and photographed himself. His fastidious translations of those photographs unite a modern technology with the traditional pursuit of representational art. Yet, as precise as Estes’ paintings and prints may appear to be, they are built with subtle inventive transformations of his often multiple source photographs. In realizing his compositions, he deletes details and figures, shifts colors, and alters perspectives and vanishing points.

Estes’ views of the city celebrate formal structure and everyday reality, eschewing the quaint, the historic, and the anecdotal. As he has repeatedly asserted, his art is not so much about what he paints as about how he paints. Images of New York City, however, have always been central to his art and inevitably provide their own iconic power, recognizability, and narrative associations.

Richard Estes: Painting New York City features Estes’ recent series of night images, which augment the brightly sunlit and blue-skied views that have dominated his urban views. This nocturnal series exploits Estes' fascination with reflective surfaces and light, while pushing the limits of representation, as he complexly commingles reflections and reality, interior and exterior space, and close-ups of storefronts and panoramic vistas.

Along with Columbus Circle, images of Wall Street, the Brooklyn and Williamsburg bridges, Central Park, Madison Park, the Staten Island Ferry, and commercial storefronts are featured. Highlights from the exhibition include the following works:

Double Self-Portrait (1976) showcases many of the motifs that recur throughout Estes’ work, including glossy surfaces and quotidian storefronts. Unusually, the artist did not delete his own reflection from this image, and standing next to his camera and tripod, he is seen twice at the center of this composition. Painted in the bicentennial year, its red, white, and blue elements make it a distinctly American image. Estes waited thirty-seven years to paint his next self-portrait, which is also included in the exhibition.
In Hotel Empire (1987), Estes offers among the first of his more panoramic presentations of New York City streetscapes. This work showcases the Empire Hotel, but even more prominently the adjacent Dante Park with the renowned Lincoln Center for the Performing Arts in the background.
Sunday Afternoon in the Park (1989) references the musical “Sunday in the Park with George” by Stephen Sondheim and James Lapine and its inspiration A Sunday Afternoon on the Island of La Grande Jatte by Georges Seurat, which Estes knew well from his studies at the Art Institute of Chicago. More interested in place than people, Estes’ work characteristically includes few or usually isolated and incommunicative figures. However, this painting groups seventeen leisurely visitors to Central Park.
A strictly representational artist, the linear symmetry and restricted view of the metalwork and dynamic structure in Williamsburg Bridge (2006) offer the closest Estes has come to a geometric abstract painting.
MAD’s own 8th Avenue façade is seen in Columbus Circle Looking North (2009). The museum’s distinctive architecture and the window and offerings of its ground floor store are immediately recognizable, but absent many of their distinguishing architectural details. Although Estes’ paintings assert photographic veracity, they inevitably present his subjective view of reality.
Recently completed, Corner Café (2014-15) will be displayed for the first time at MAD alongside several of the source photographs used to create it. The meticulous depiction of this unexceptional storefront offers a careful and almost obsessive consideration of New York’s commercial streetscape.