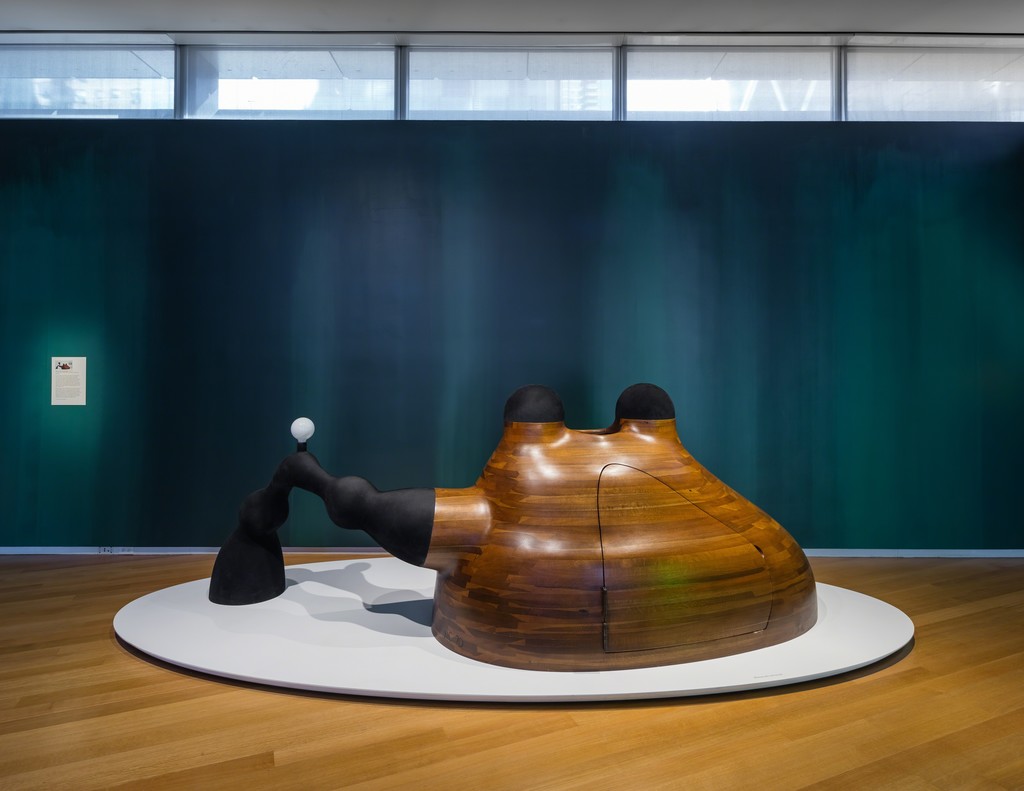 Installation view of 'Wendell Castle Remastered,' 2015. Photo by Butcher Walsh. Courtesy of the Museum of Arts and Design. 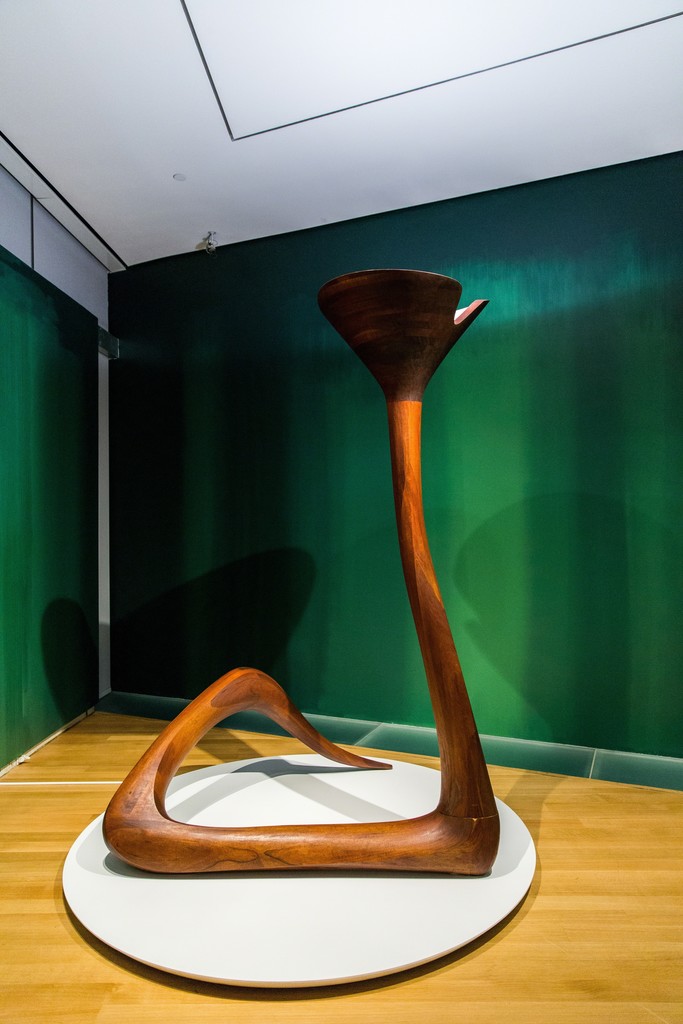 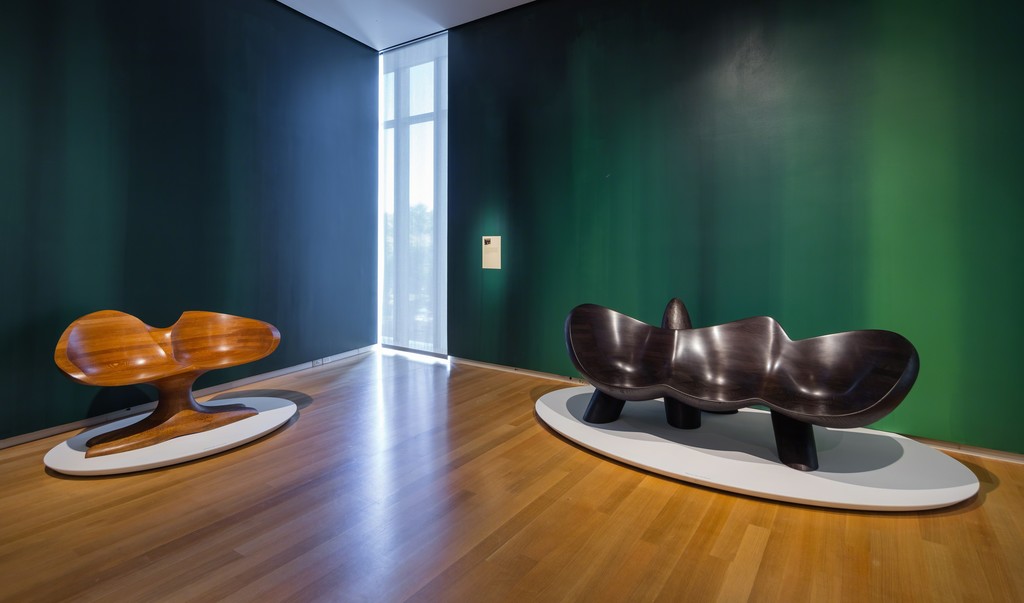 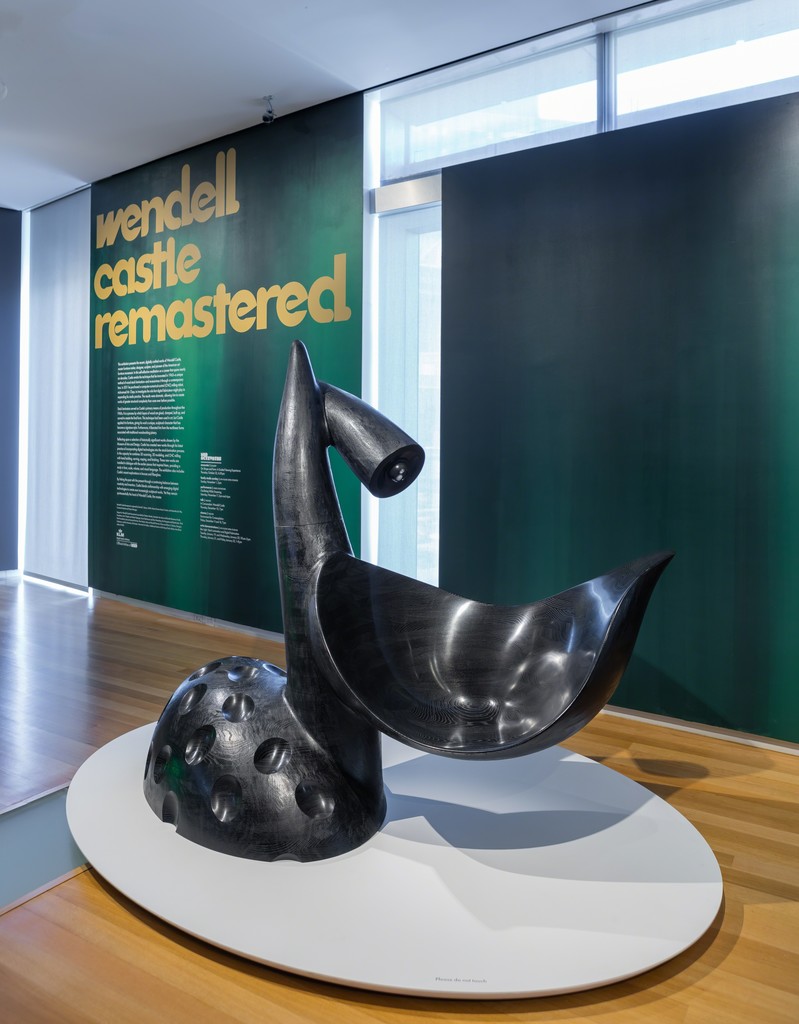 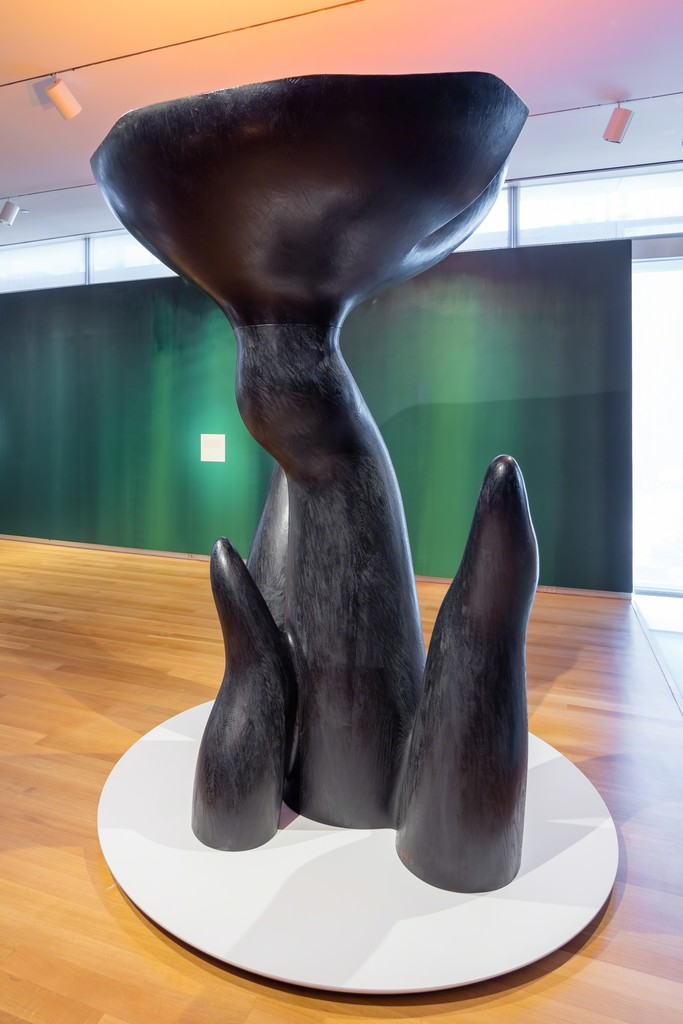 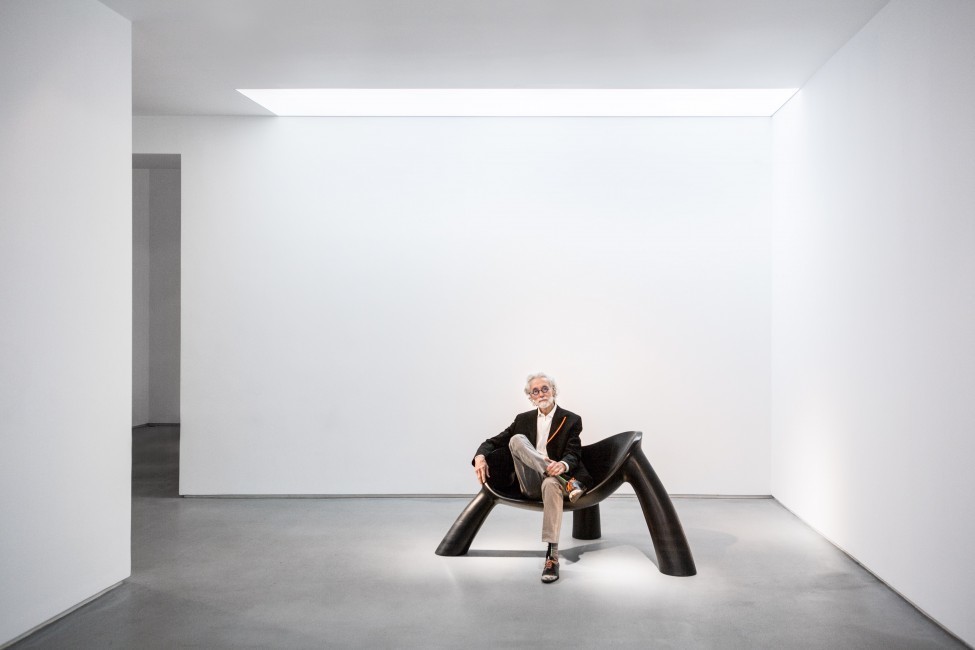 Museum of Arts and Design (MAD) presents Wendell Castle Remastered, the first museum exhibition to examine the digitally crafted works of Wendell Castle, acclaimed figure of the American art furniture movement. A master furniture maker, designer, sculptor, and educator, Castle is now in the sixth decade of a prolific career that began in 1958—one that parallels the emergence and growth of the American studio craft movement.

In this solo exhibition, Castle takes inspiration from the first decade of his own artistic production to create a new body of work that revisits his groundbreaking achievements of the 1960s through a contemporary lens. Castle innovated stack lamination, a technique in which he builds up forms out of thick boards of wood before freely carving them into dynamic shapes. In its beginnings, this sculptural approach to furniture making was unprecedented, and it came to define his pivotal role as a leader in the field.

"Wendell Castle has had a long history with our institution, which has shown his work for over fifty years," stated Glenn Adamson, MAD's Nanette L. Laitman Director. "It is nothing short of astonishing that he is now making some of the best work of his long career, work that attests to the value of deep expertise and experience. It is an honor to be able to give a platform once again to this important American artist."

"Wendell Castle's incorporation of new digital technologies into his individual practice has allowed him to dramatically expand his creative productivity yet remain quintessentially Wendell Castle. It is his constant innovation that remains at the heart of his enduring longevity in the field," said Labaco. "In the early 1960s, Castle brought a sculptural approach to furniture making through stack lamination. Today, over 50 years later, he has returned to these roots but with the assistance of a CNC milling machine in the form of a robot named Mr. Chips. These extraordinary new works, never before possible, traverse the boundary between sculpture and furniture."

While Castle's approach to furniture making has evolved through his use of 21st-century digital tools, it remains rooted in handcraftsmanship and the same imagination that liberated him from the language of traditional joinery. The exhibition highlights Castle's mastery of volumetric forms with a sculptural presence in the round, his vocabulary of softly organic shapes, and his invention of new furniture hybrids. Wendell Castle Remastered explores Castle's increased capacity to address these themes, in ways that are now made possible through computer-mediated technologies. Gallery text, photography, and films will further illustrate how this new technology is changing the way he generates his work.

Highlights from the exhibition include:

Castle began creating dynamic sculptures constructed from gunstock blanks sourced from a local factory while completing a Master of Fine Arts in Sculpture at the University of Kansas, the same university where he earned a Bachelor of Fine Arts in Industrial Design in the 1950s. Walnut Sculpture is one of the strongest examples of this group of works, which resemble free-hand drawing in the air. Although rooted in the fine arts, these gunstock sculptures encouraged Castle to begin experimenting with the idea of sculpture-cum-furniture, or works that were functional yet retained a sculptural aesthetic.

As Castle's interest in merging sculpture and furniture grew, his abstract gunstock creations matured into Scribe's Stool, which has the same spindly quality dictated by the materials he used. Although the stool is technically functional as a chair, its ungainly highchair-like structure makes it difficult for the sitter to balance and emphasizes Castle's focus on sculpture. Castle's affinity for the fine arts becomes evident in this work, part of a group of early pieces that have been compared to the sculpture and drawings of Henry Moore, Alberto Giacometti, and Franz Kafka.

One of the most iconic elements of Castle's work is his use of combined forms. From the beginning of his career, he was interested in simplifying furniture pairings. In this first iteration of combination furniture, Castle was able to create a more complex form that allowed for new sculptural possibilities, an important and enduring aspect of his work.

Commissioned for the exhibition Contemplation Environments in 1970 at the Museum of Contemporary Crafts, now the Museum of Arts and Design, Environment for Contemplation is a pod-like structure that draws inspiration from sources including automotive and interior designs of the late 1960s. Complete with a hinged door, the piece provides a physical space for reflection and a respite from an increasingly busy world, drawing comparisons with a womb or a free-form coffin.

As Castle continued to re-explore stack lamination, he expanded upon his traditional vocabulary of forms—organically influenced combination furniture. One of these creative reimaginings resulted in his self-titled "misfit" furniture, a series created by 3D scanning two different chairs, digitally cutting them down the center, and re-creating a chair comprising half of each. More or Less, with its extended seat and exposed cross section,is a distinctive precursor of the series.

Castle has long been interested in how his work can engage outdoor and public spaces. Throughout his career, he has created sculptures that do just this, including M (1971) for Marine Midland Bank in Rochester, New York; Twist (1972—1973), a public sculpture in Rochester; and Unicorn Family (c. 2011), an outdoor living room installed at the Memorial Art Gallery, University of Rochester. He expands on an element of this type of sculpture with his newest cast-bronze works, many of which are designed with outdoor use in mind. The towering heights of Wandering Mountain make its presence imposing in a way that creates the dynamism necessary for outdoor works, while the piercings in the seat allow for condensation to drain away.

Drawing influence from his Dining Table, 1966, Castle created Dining Table,2015, using his new vocabulary of forms and technological capabilities. This organic tabletop with a central hole dramatically cantilevers—thanks to the ability of the CNC machine to create areas of joinery with exacting precision—away from a sculptural element comprising three overlapping cones, the tallest point reaching nearly seven feet.

At roughly nine feet tall, High Hopes is emblematic of Castle's enduring interest in scale, one that pushed his works to become taller and more voluminous throughout the course of the 1960s. Now, with the help of computer-mediated technologies and his robot, Castle is able to realize increasingly complex forms at a scale that was never before possible. This monumental lamp is equipped with lighting elements that can be programmed to project multiple colors, shifting in a pattern that further emphasizes its fantastical qualities.

Designed with Blanket Chest (1963) in mind, Castle's Remembering You exemplifies the reinvigoration of his most classic furniture forms. Here, he reimagines his concept of combination furniture by integrating a cabinet and chair—an unusual pairing that makes one wonder at its purpose. When viewed alongside Castle's early works, Remembering You serves as a reflection on the evolution of his methodology and practice.