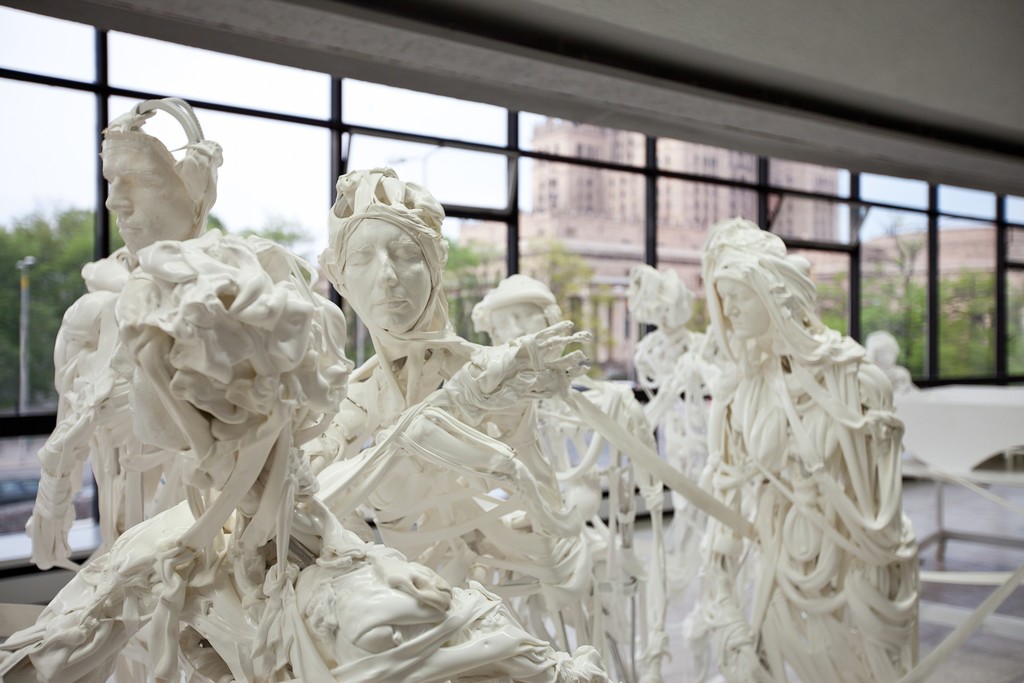 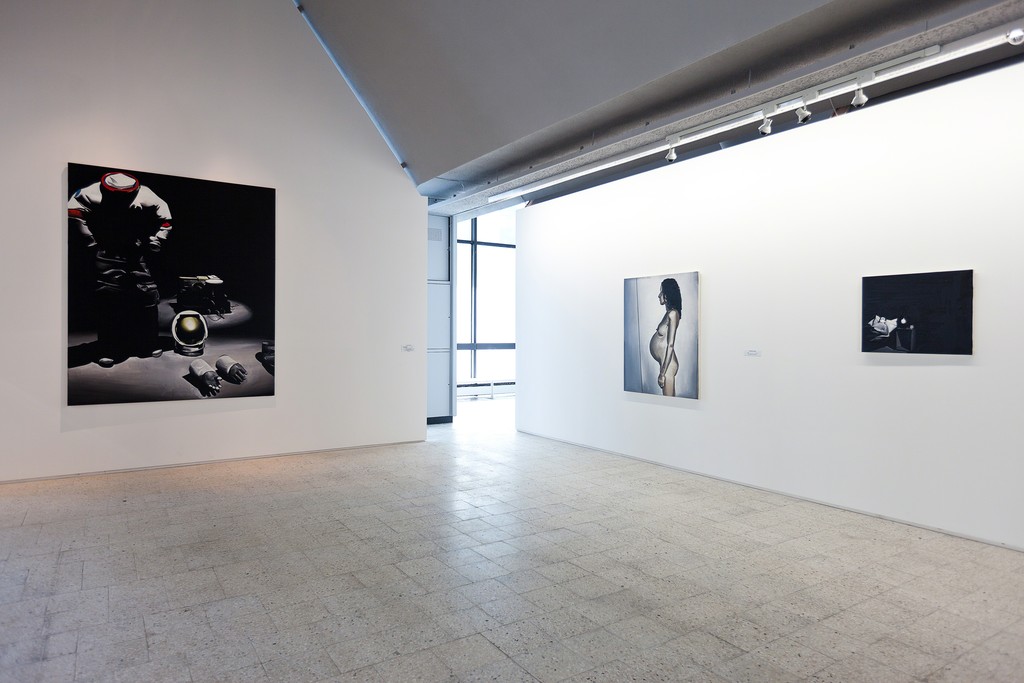 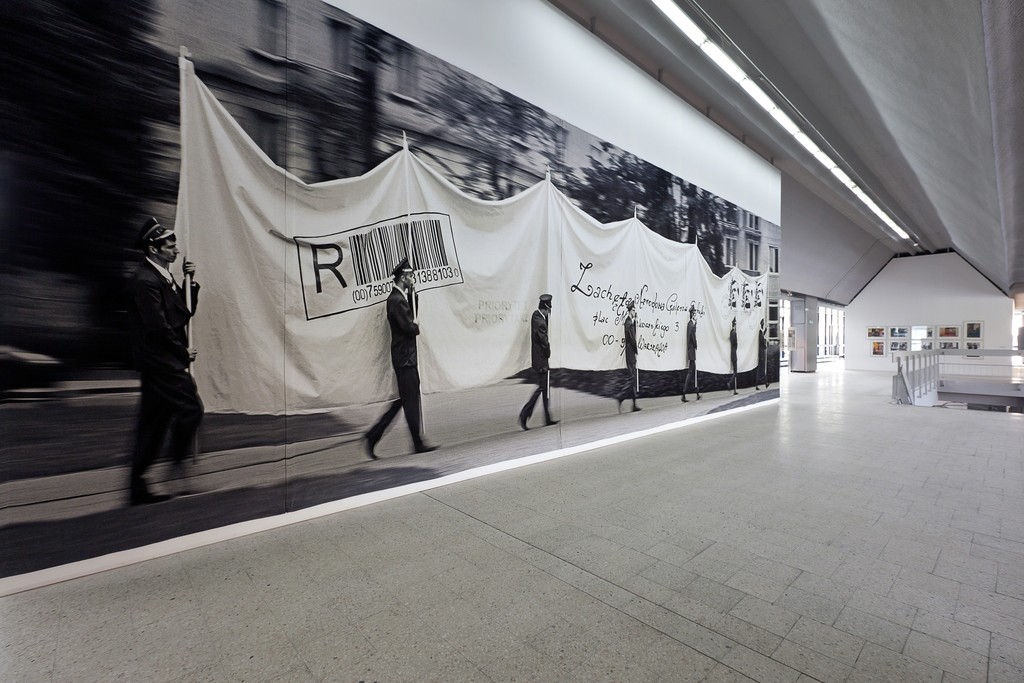 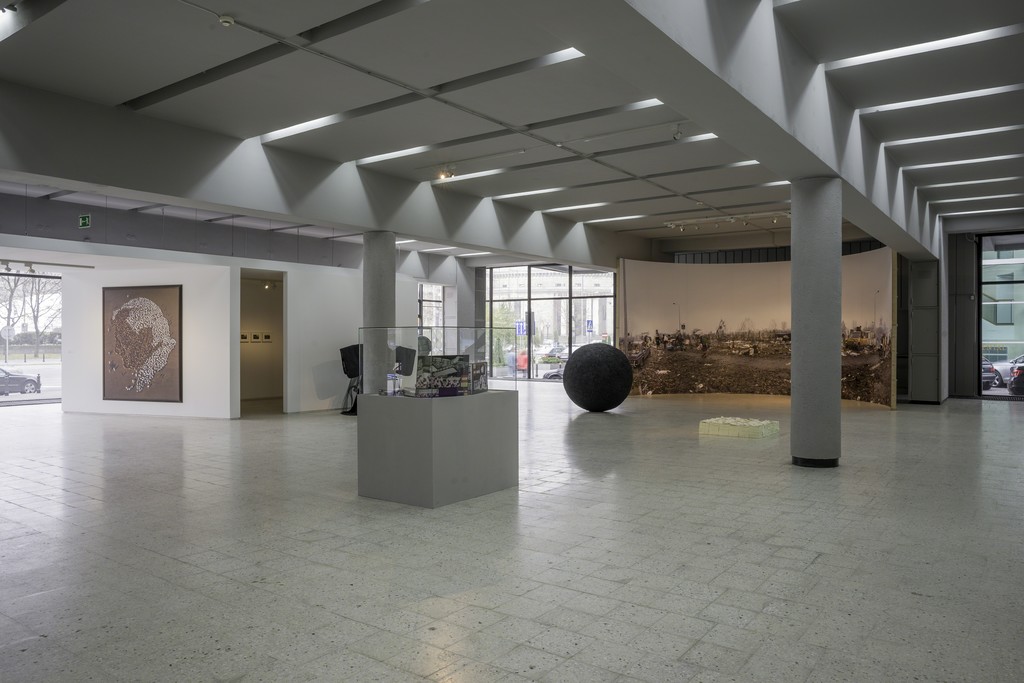 “In the Heart of the Country” installation view, photo by Nicolas Grospierre 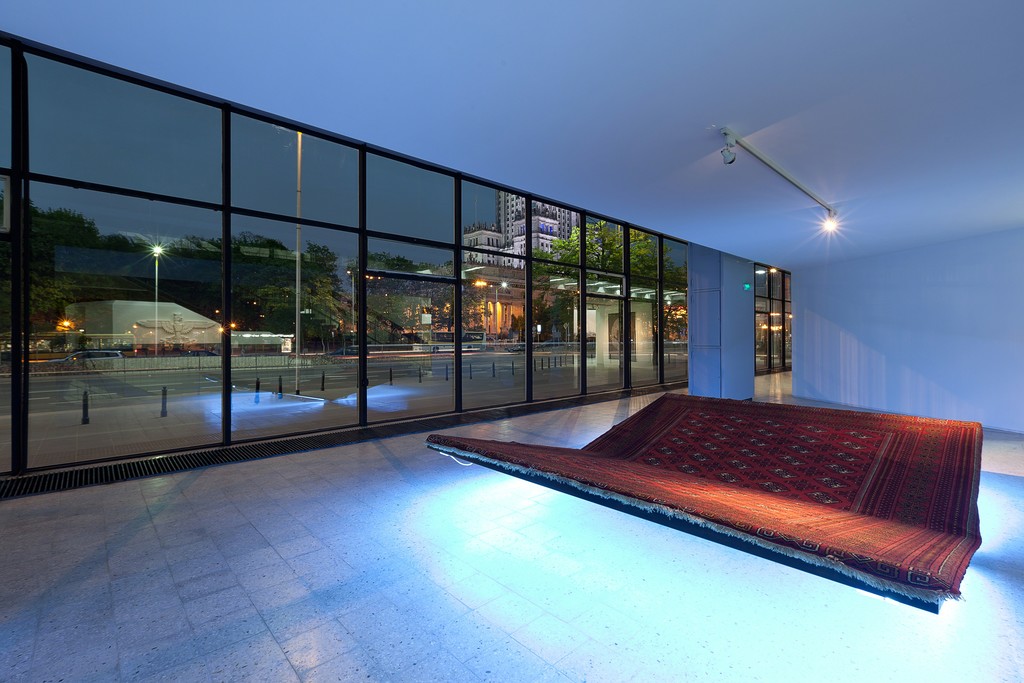 In the Heart of the Country
The Collection of the Museum of Modern Art in Warsaw
May 14, 2013 – January 6, 2014
Opening: Tuesday, May 14 at 7 p.m.
The exhibition is under the patronage of the Minister of Culture and National Heritage, Bogdan Zdrojewski.

The exhibition In the Heart of the Country is the first comprehensive presentation of the international collection of the Museum of Modern Art in Warsaw. In a relatively short time—the Museum was established in 2005—the institution has acquired over 300 works. First and foremost, these are works purchased as part of the Ministry of Culture and National Heritage’s “International Collections of Contemporary Art” programme, as well as
donations and temporary loans from artists, private individuals and businesses. Many of the collected works were commissioned by the Museum for its exhibitions and public projects (such as pieces by artists like Sanja Iveković, Zbigniew Libera, Sharon Hayes and Paweł Althamer). The Museum collection also includes artistic archives—e.g. over 150 000 negatives from the eminent photographer Eustachy Kossakowski, plus a collection of films and photographs documenting the activities of Prof. Grzegorz Kowalski’s workshop at Warsaw Academy of Fine Arts, which was so vital for Polish art after 1989. There is also a collection of several hundred films by artists, available online in the Museum’s Filmoteka.

“In the Heart of the Country” is the Museum of Modern Art in Warsaw’s largest exhibition project to date. It reflects the full scale and scope of the Museum institution’s venture. Smaller elements of the collection were previously on show at the institution’s temporary headquarters, a residential building at No.3 Pańska Street ("Art Comes Before Gold" and "3 x YES"), the Presidential Palace in Warsaw ("Today’s Art Makes Tomorrow’s Poland") and exhibitions abroad: the KW Institute for Contemporary Art in Berlin ("Early Years"), the Polish Institute in Rome ("Vede Cose Che Non Ci Sono"), and Moscow’s Belye Palaty ("Auditorium Moscow"). Individual works in the collection have been on loan to many prestigious museums and galleries in Poland and abroad. For example, Mirosław Bałka’s sculpture Black Pope and Black Sheep will feature in the main exhibition at this year’s
Venice Art Biennale.

“In the Heart of the Country” presents over 150 exhibits from the Museum collection. They cover several intersecting themes, such as the globalisation of art history; links between cities and contemporary art; emancipatory narratives in art; questions of memory and history; language and the ethics of modernity; socially engaged artists; and a topic rarely broached by contemporary art exhibitions: manifestations of spirituality. The exhibition’s
title derives from John M. Coetzee’s hallucinatory novel, in which “the heart of the country” is a hole, a void, an insatiable phantasm of physical fulfilment and maturation (of the identity, body and community spirit). In the context of the Museum of Modern Art in Warsaw, the title relates to the institution’s planned location—Plac Defilad (Parade Square), an inhospitable “gap” in the centre of the capital—as well as to a yearning for
modernisation, which often turns artists and art institutions into moral hostages.

“In the Heart of the Country” is merely a foretaste of the full collection, which will be exhibited in the Museum of Modern Art’s future building. It is an attempt to respond to the Polish art world’s enduring calls to create a global art collection that would both define and exhibit crucial attitudes and trends in Polish art. The collection examines ties between art, cities, politics and history, in the search for visions of the future and new interpretations of
the past. The collection focuses on the roots of modernity, as well as the approaches of charismatic 20th century artists like Alina Szapocznikow and Andrzej Wróblewski, who are still an inspiration to contemporary art practitioners and theoreticians.

Nowadays, Polish artists are represented at the most important world artistic events (e.g. dOCUMENTA in Kassel, the Venice Art Biennale, and the Berlin Biennale for Contemporary Art), but they are losing their once-privileged position (by now, in the early 21st century, Western European institutions and art critics have already filled in the gaps in their knowledge about the avant-garde in former Eastern Bloc countries). “In the Heart of the Country” shows Polish art as an integral element in the global circulation of art. Never before have works by non-Western artists—including from Egypt, Mexico, Israel and Libya—been so prominent in a Polish modern art collection. Polish artists bring up relevant social, political and ethical issues, while maintaining their local specificity and often
referring to “Polish” themes. In the Heart of the Country also attempts to shed new light on the Polish experience of political and economic transition (as well as its moral, ethical and social repercussions), and describe the artistic phenomena which accompanied change in Central and Eastern Europe during the second half of the 20th century.
Universal history has also been recorded and enshrined in canonical art-works from that era, so the Museum collection is founded on the relation between modernity and artistic output today. What do works of art tell us about the world outside, beyond the autonomous zone of the Museum? What responsibilities and tasks do artists have towards society? What is the relationship between modern-day audiences and the art-works in the
Museum? And how long does modernity last before it turns into history?

In parallel, the “In the Heart of the Country” exhibition will be supplemented by an interdisciplinary programme of performances, lectures, symposia, film screenings and workshops. New contexts and interpretations of the Museum’s collected works will emerge during meetings involving experts from various fields of art, with active participation from the audiences.