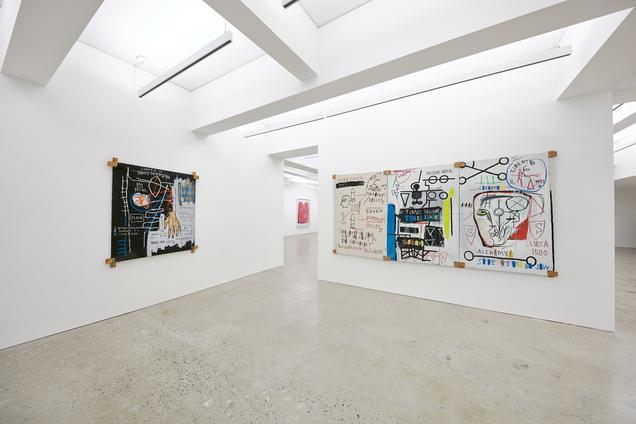 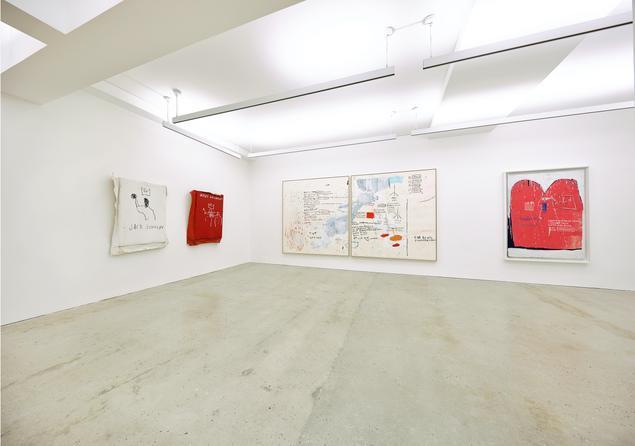 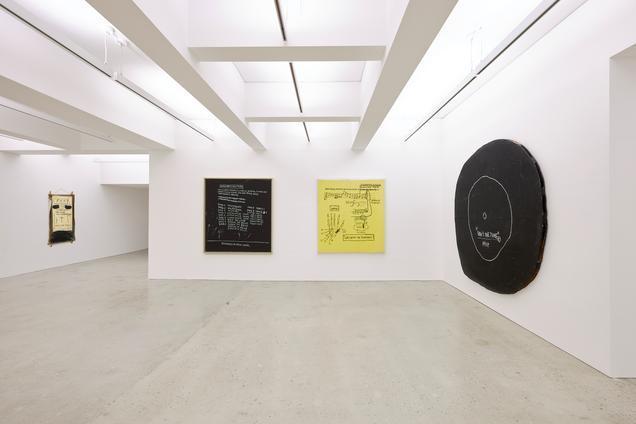 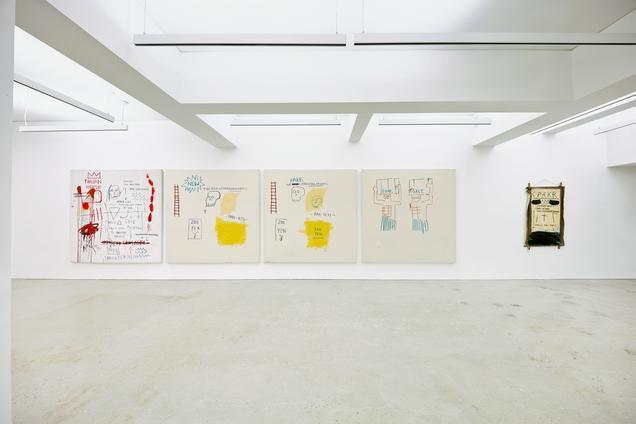 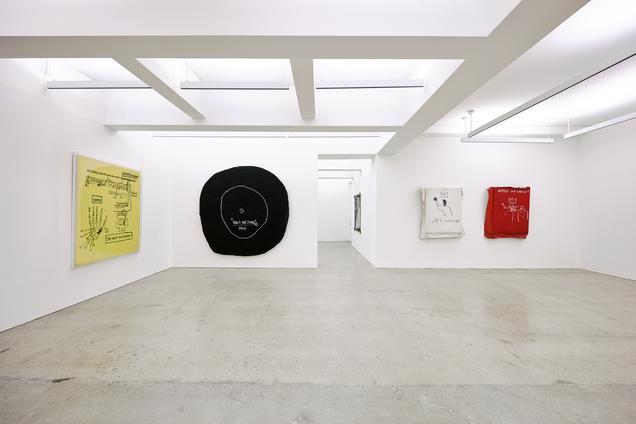 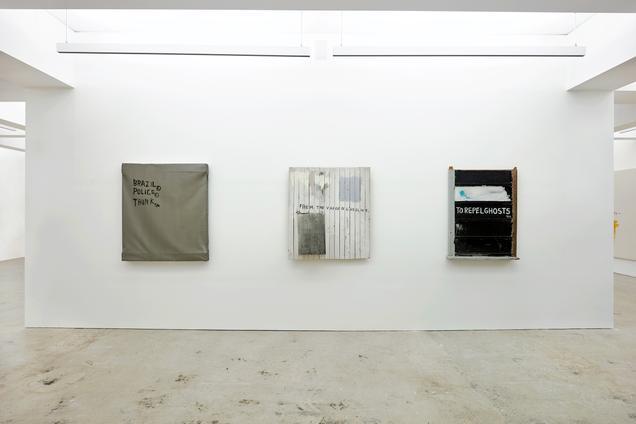 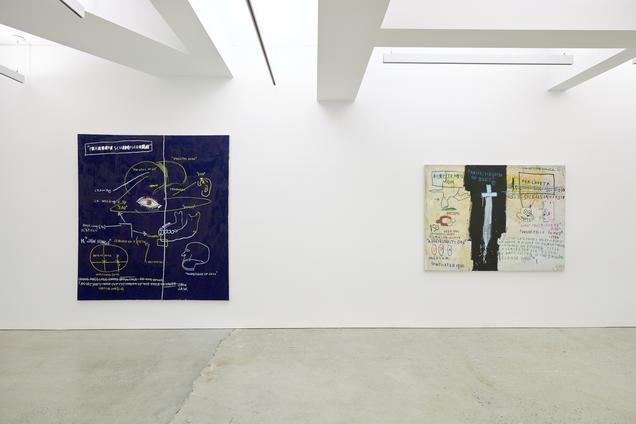 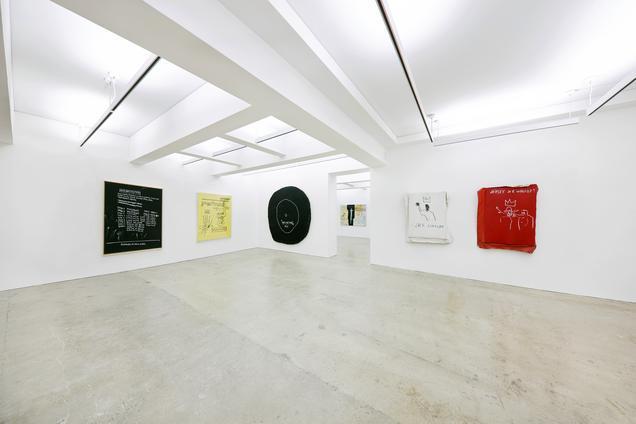 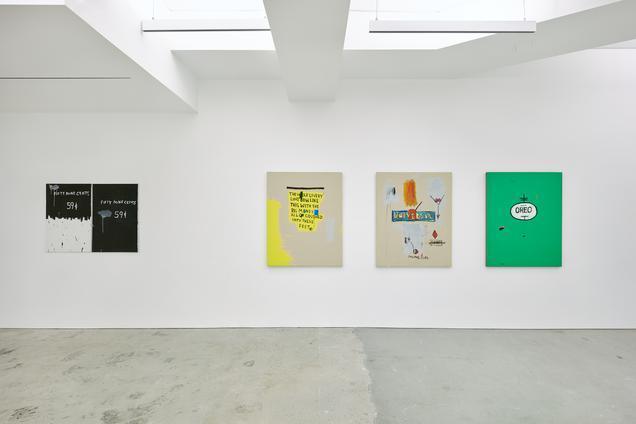 Nahmad Contemporary's first exhibition dedicated solely to Jean-Michel Basquiat, Words are all We Have: Paintings by Jean-Michel Basquiat, organized by guest curator and preeminent Basquiat scholar Dr. Dieter Buchhart. Centering on the critical function of language in the work of Basquiat, this comprehensive exhibition will illuminate the artist’s pioneering incorporation of literary and musical elements into his work. Most often identified with both the formal and stylistic aspects of Neo-Expressionism, Basquiat’s linguistically complex paintings place him within the trajectory of the Beat Generation writers and the evolution of jazz and hip- hop.

Combining the ‘cut-up’ style employed by poet William Burroughs, as well as the sampling techniques heralded by early rappers, such as Fab 5 Freddy, Basquiat created works that were profoundly original and simultaneously rooted in a rich linguistic history. Taking advantage of the innate malleability of words, Basquiat created a form of painted hip-hop, termed “Eye-rap” by art historian Robert Storr – a unique visual language that bears “startling visual syncopation.”

Words are All We Have will exhibit some of the most seminal works produced by Basquiat, all of which feature combinations of words, signs and pictograms. The exhibition will demonstrate the way in which image and text are authentically amalgamated and as a result dissolve the boundary between visual and verbal arts. Basquiat was able to reconceptualize pre-existing pictorial traditions through his unprecedented approach to image and word, and redefinition of the relationship therein, that remain today poignant echoes of contemporary existence.

In addition, the exhibition will display paintings for which elements of select notebooks featured in the recent Brooklyn Museum exhibition served as studies, experiments and inspirations. The abounding textual references captured in the hand-written notes resonate throughout his mature paintings that will be exhibited, and ultimately demonstrate the culmination of the process by which Basquiat captured an outstanding poetic, visual and musical synthesis.

Words are All We Have is curated by Dr. Dieter Buchhart, who has organized important Basquiat exhibitions at the Fondation Beyeler in Basel, Art Gallery of Ontario, and the Brooklyn Museum. He has also curated shows on artists such as Keith Haring, Edvard Munch, Otto Dix and George Braque at prestigious institutions such as the De Young Museum in San Francisco, the Albertina in Vienna, and the Musée d’Art Moderne de la Ville de Paris.
To accompany the exhibition, Nahmad Contemporary will publish a catalogue in collaboration with world-renowned publisher, Hatje Cantz, which will include new scholarship on Basquiat’s work by the leading experts on the artist, including Dieter Buchhart, Christian Campbell, Thomas Sayers Ellis, Carlo McCormick, Jordana Moore Saggese, and Greg Tate.