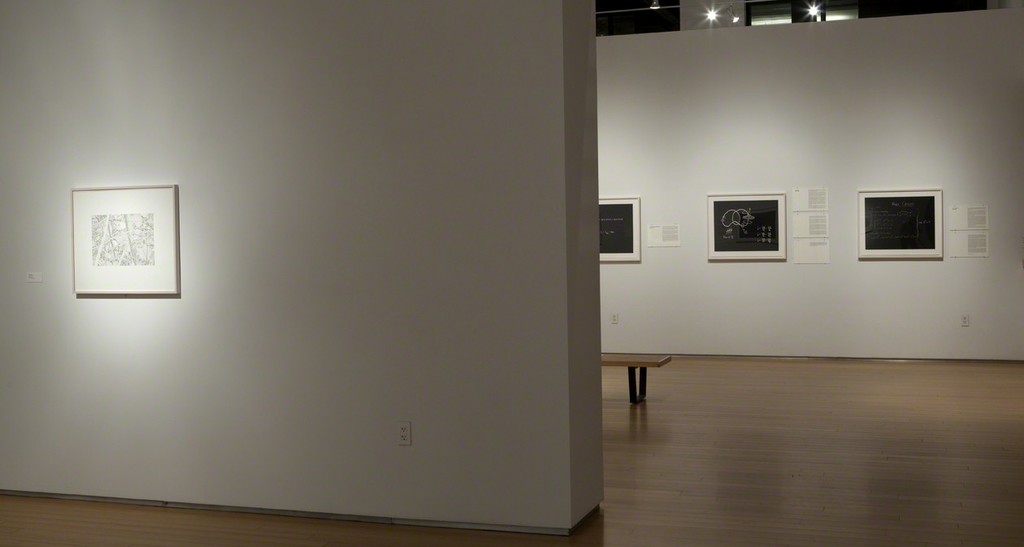 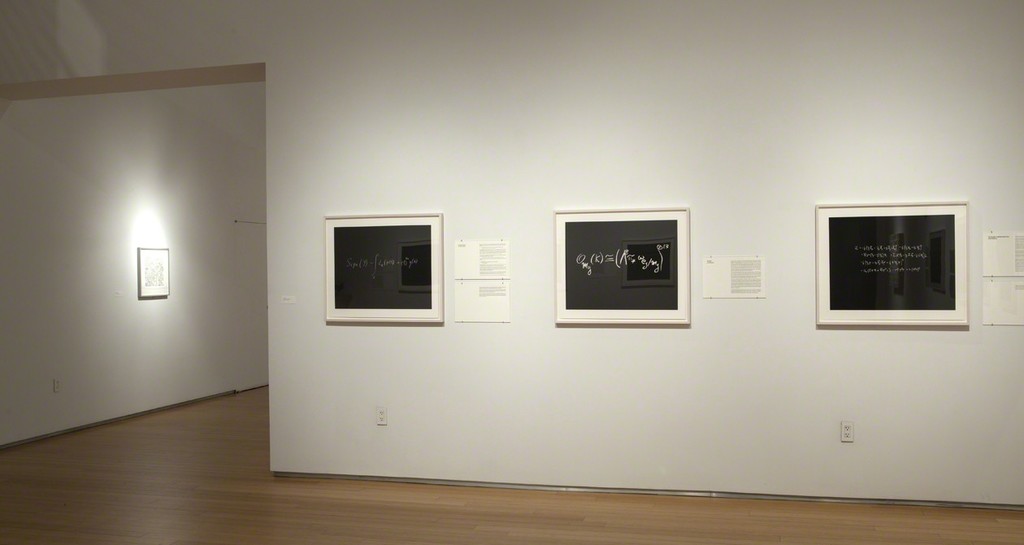 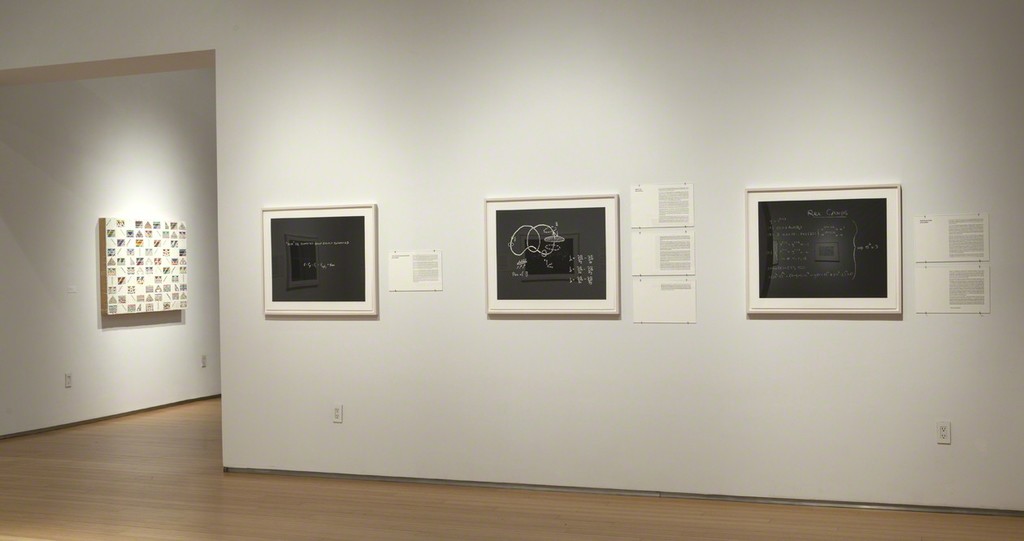 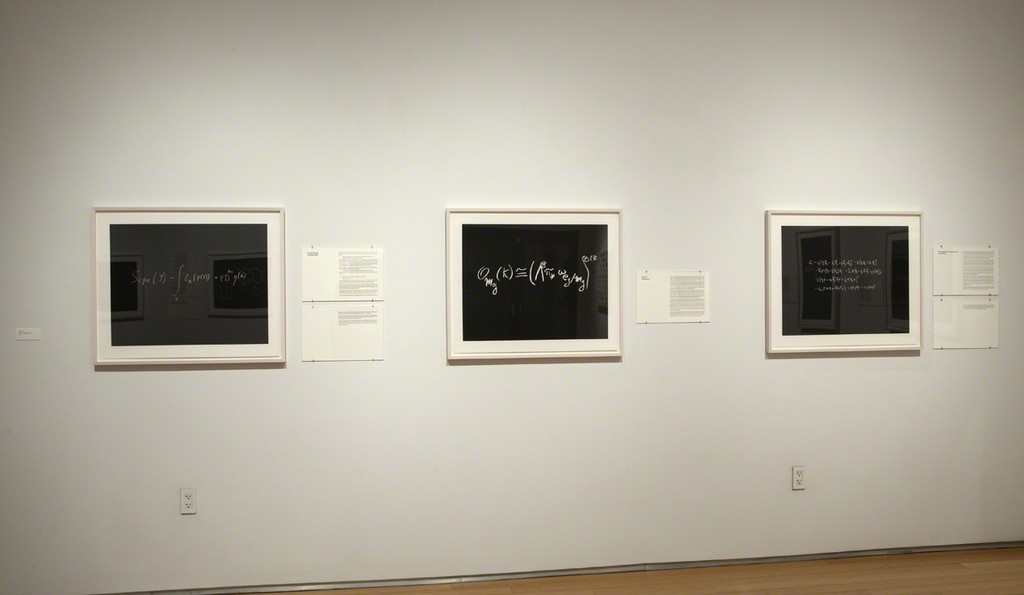 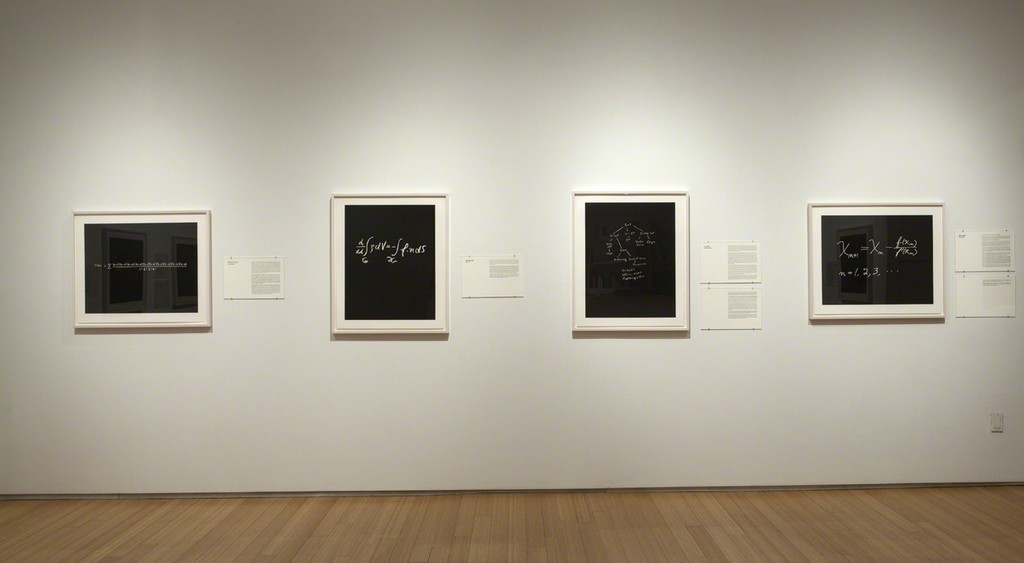 “Concinnitas,” a suite of ten prints by ten scientists and mathematicians, printed by Harlan and Weaver, is the brainchild of Robert Feldman of Parasol Press, the project’s publisher.
When Feldman serendipitously encountered Daniel Rockmore, Professor of Mathematics and Computer Science at Dartmouth College, on an airplane flight, Feldman was able to put this dream project into action through Rockmore’s connections and knowledge.
From 2012 and 2014, ten scientists and mathematicians, including two Nobel Laureates and five Field Medalists, were each commissioned to create a print of the mathematical expression most meaningful to them. Each of the participants not only made a drawing, which became an aquatint (a form of etching), each also made a statement about the equation they selected as the most beautiful. As if they were in an academic setting, the prints themselves offer the illusion of chalk on a blackboard.
The Renaissance scholar, artist and architect, Leon Battista Alberti used the term “concinnitas” to connote the beauty found in the confluence of perfect uses of number, position and outline.
To date “Concinnitas” has been shown at the Yale Art Gallery in New Haven as well as venues in Cologne, Munich, Zurich, Seattle, San Francisco and Portland, Oregon. Upcoming shows of the suite will be held at the Hood Museum of Art, Hanover, New Hampshire; The Metropolitan Museum of Art, New York; Union College, Schenectady, New York; and the Perot Museum of Nature and Science in Dallas. An article on “Concinnitas” is scheduled to appear in the 2015 December issue of “Scientific American.”
For further information and/or photographs, please call 212-966-6676 or e-mail Nancy Hoffman Gallery at [email protected].
Yours sincerely,
Nancy Hoffman