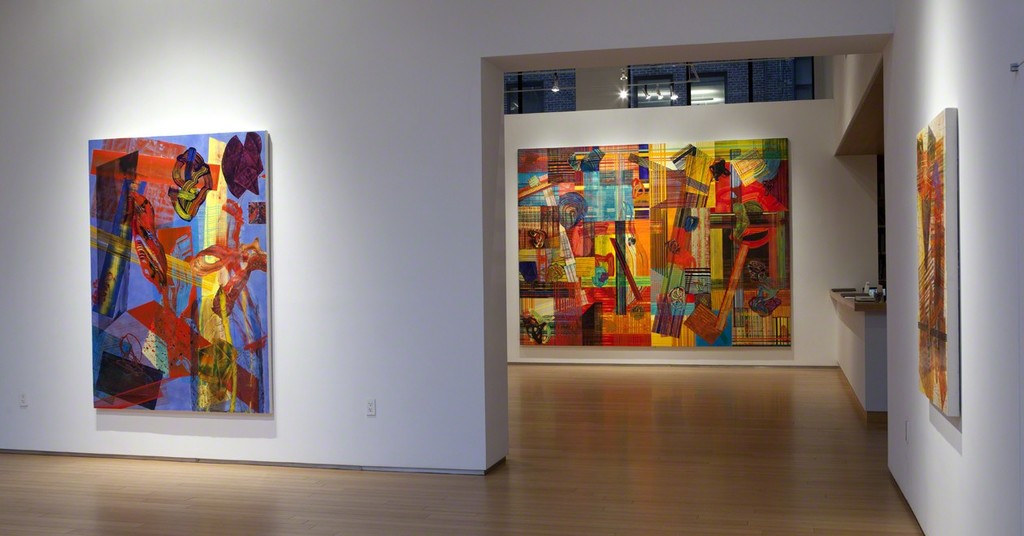 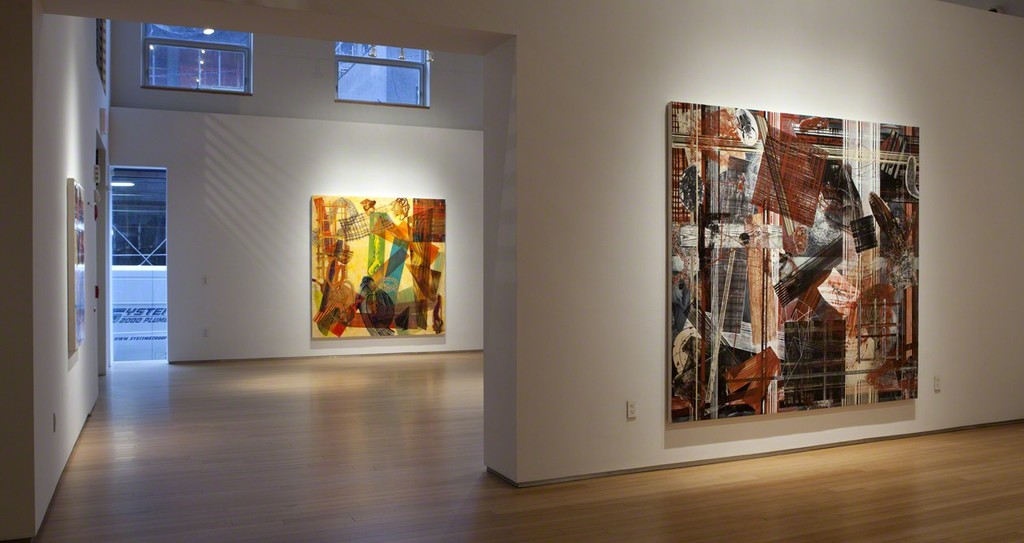 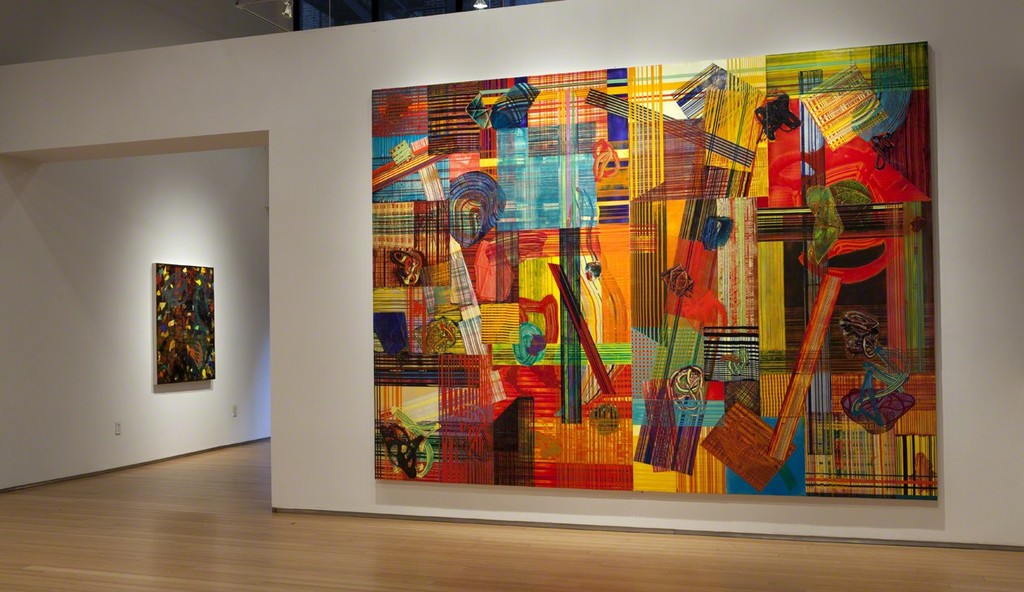 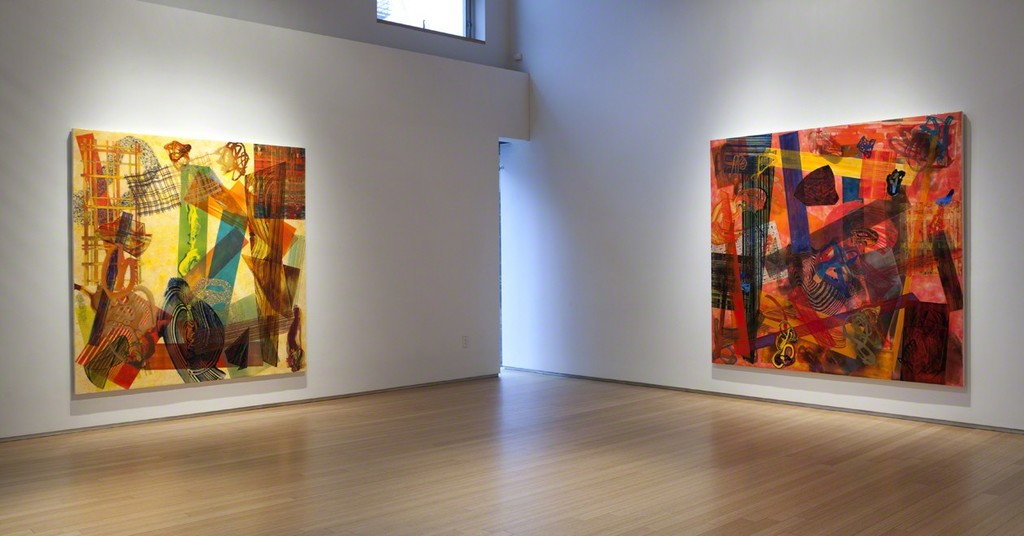 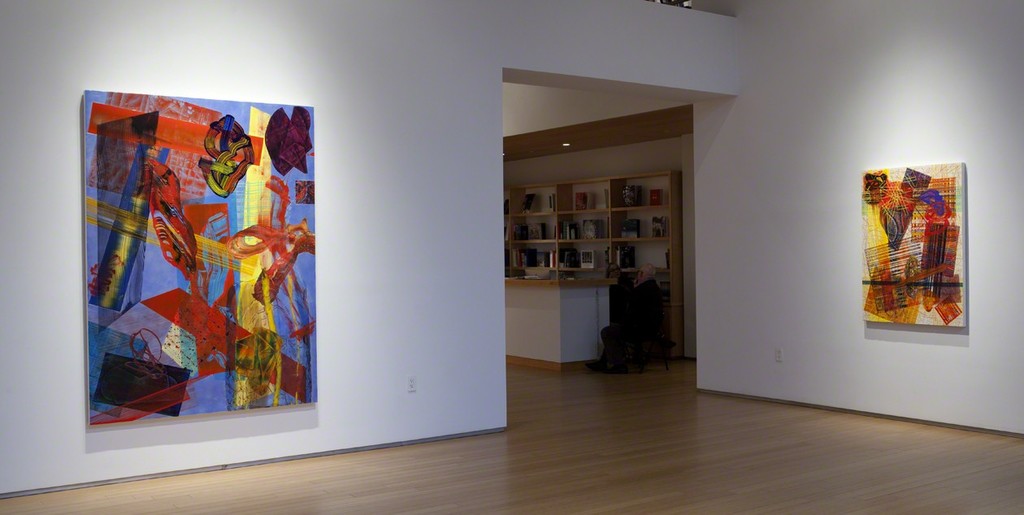 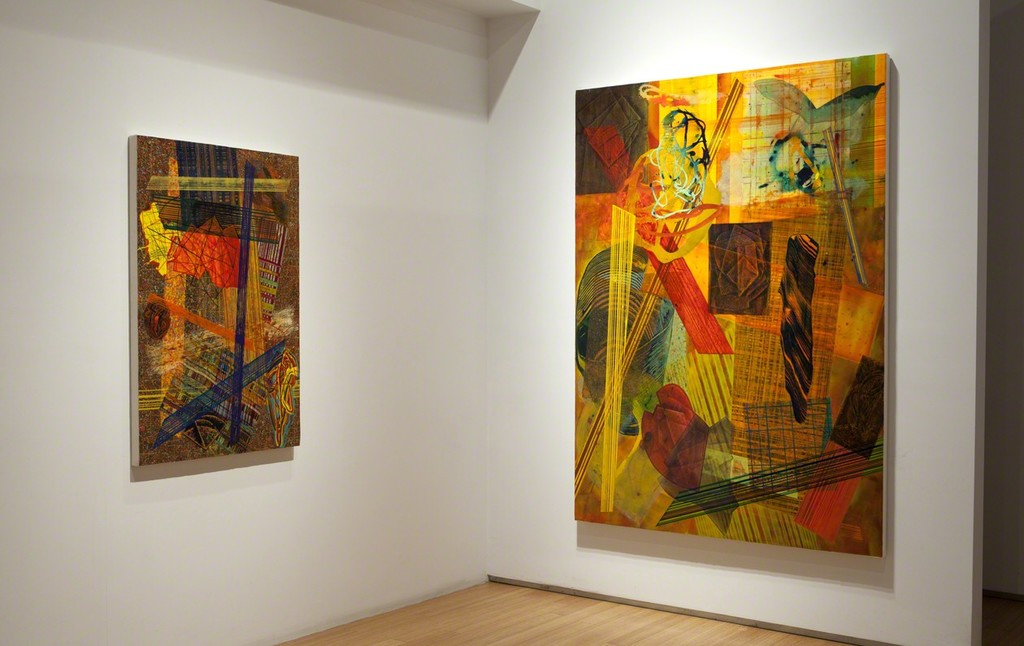 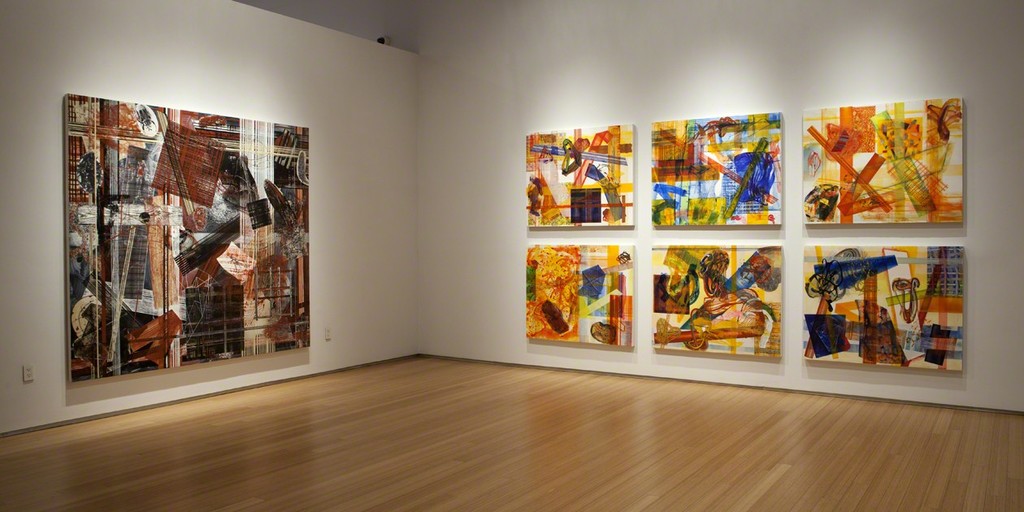 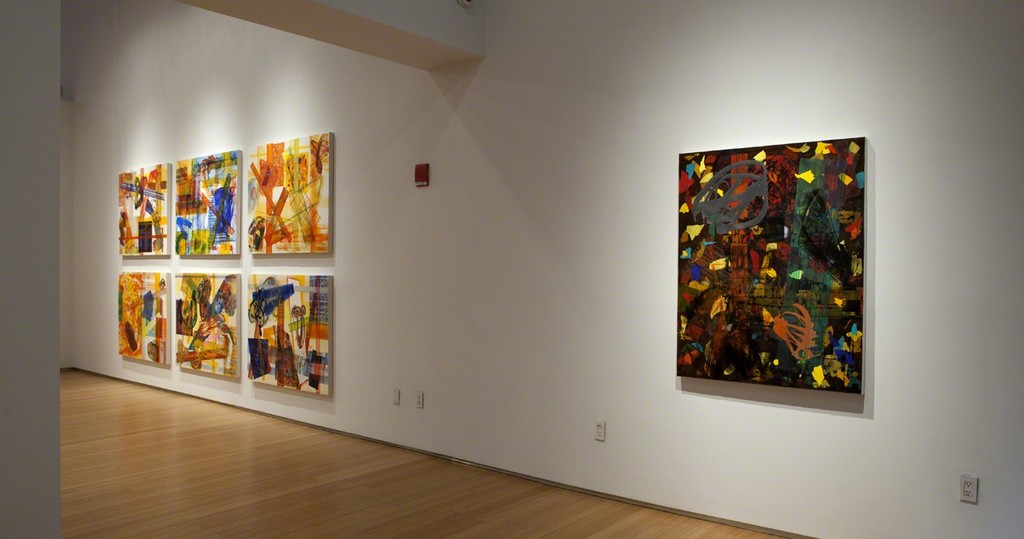 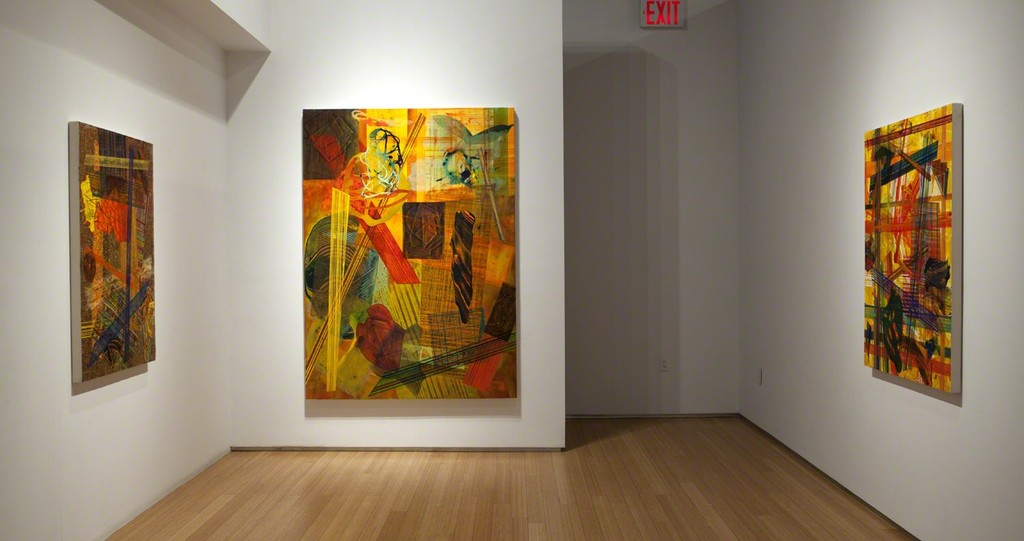 On October 29 Nancy Hoffman Gallery opens a show of new paintings by Frank Owen entitled “Next,” continuing through December 12, 2015.

Leaving behind the grid that anchored his last exhibition “Raft,” Owen ventures into freewheeling space with an exhibition that comprises works of the past five years. Owen’s palette has upped the volume, and his forms or skins of paint have taken on new life, new energy, new thrills. Swirls and sworls fly past gestures of paint; lines crisscross like planks of wood from a rubbing; layers of paint careen into fields of saturated color—an Owen universe of outer space. There are few grids, and linear elements, which Owen laminates into each work, keeping our eye circulating around the canvas.

The artist talks about his new works:

“I want the paintings to feel rambunctious, extravagant, unruly. These new paintings are off the grid. More akimbo than the Raft, grid infused works. Like somebody kicked the struts out, and everything is flopping or tumbling.”

His colors are vibrant and intense, gold, reds, oranges, blues, yellows, and more reds: they heat up a room, and like magnetic fields, draw us into his universe.

Owen says of his process, “I am a laminator. I begin by making abstract collage elements on coated paper. I make dozens more than I’ll ever use. I’ve taken to calling them skins. I begin to peel them off the poly, and I place them, compose them. The whole process is front-to-back. It’s the opposite of the conventional way of layering an image. The first skins I lay down will appear as the front layer of the painting.”

“All of these works are made in the far-flung way that my work has been made for several decades. That is, I work in verso on sheets of high-density polyethylene varying in thickness from 1/8” to 1”. Sometimes the heavy sheets are engraved and the painting is cast to effect a relief. Many of the forms are executed offside and then laminated onto the work in progress. This process calls upon me to visualize the layers as they may appear in the finished work. I made my earliest paintings using this indirect technique in 1967 and it has remained a mainstay of my practice. The paintings produced this way exist in my imagination and are 95% complete before I mount canvas on the paint film and peel and flip it to be seen for the first time. There is some surprise, but the overall feeling is one of homecoming. Besides, I can always paint on the front if there is a need.”

Owen is an artist always filled with new ideas. He says:

“Most days provide me small discoveries and inventions. A few of those have opened up worlds of possibility and new directions. I am always eager to glimpse the “Next.”

For additional information and/or photographs, please call 212-966-6676 or e-mail
the gallery at [email protected].