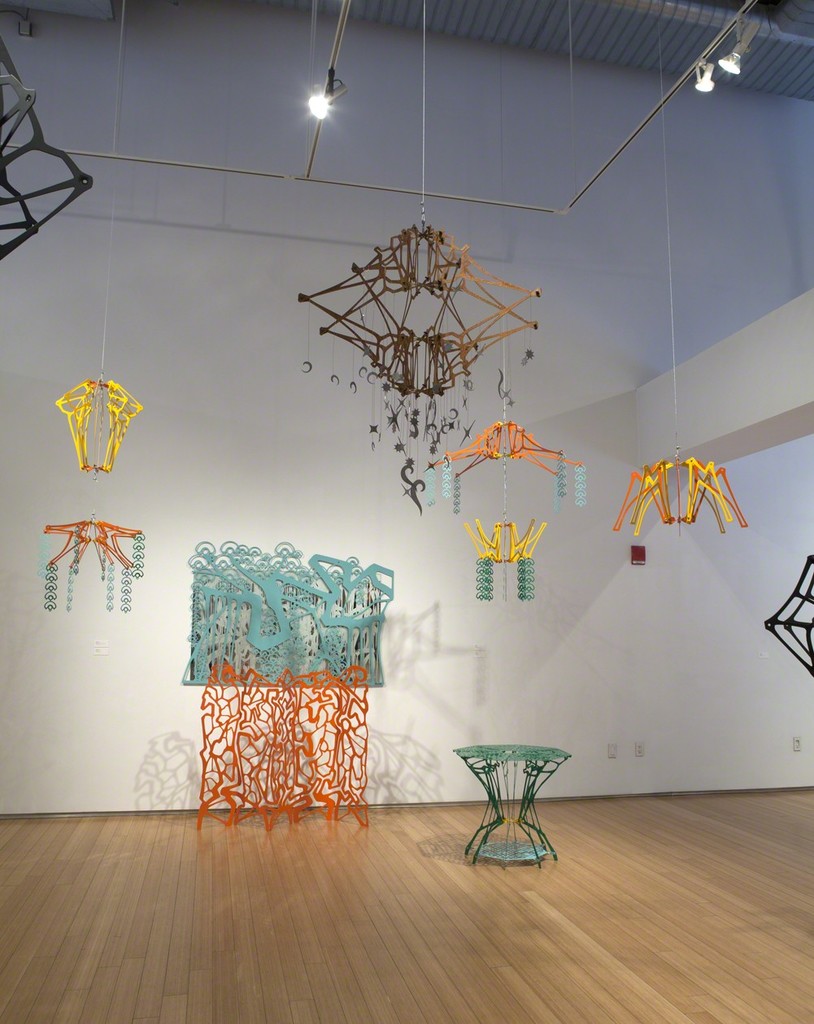 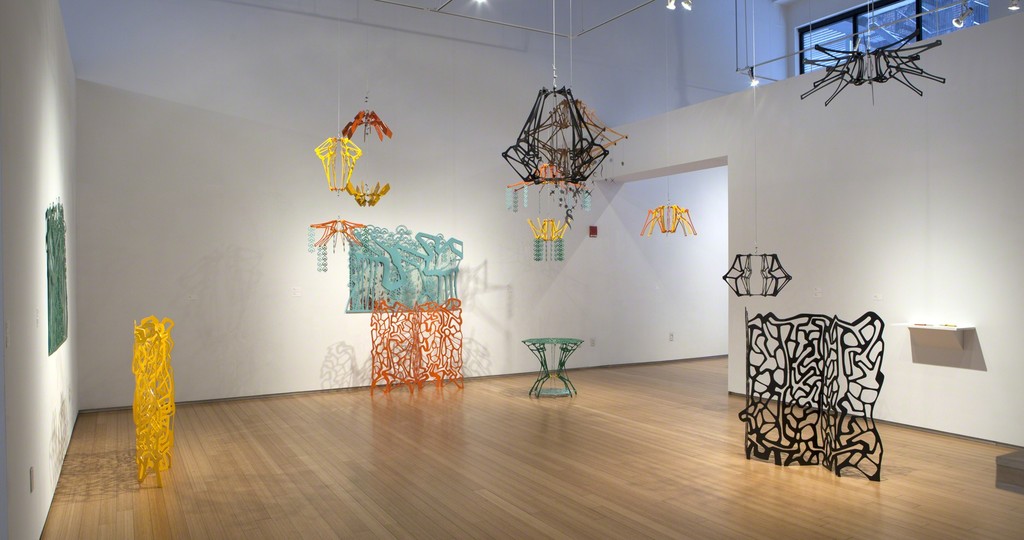 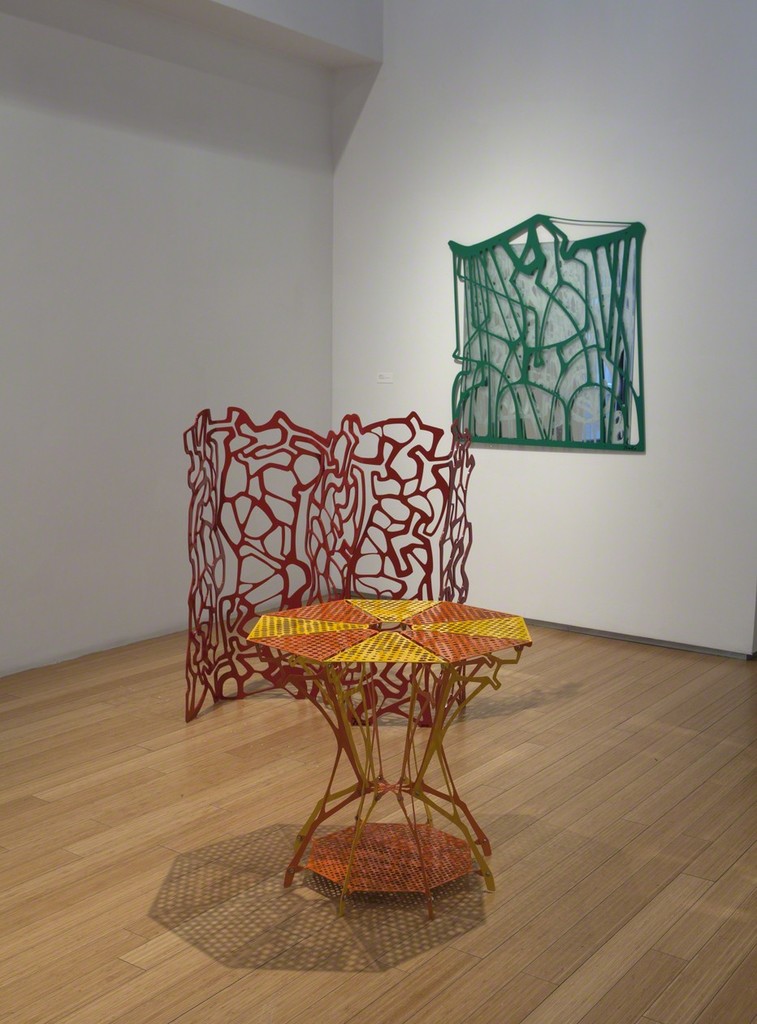 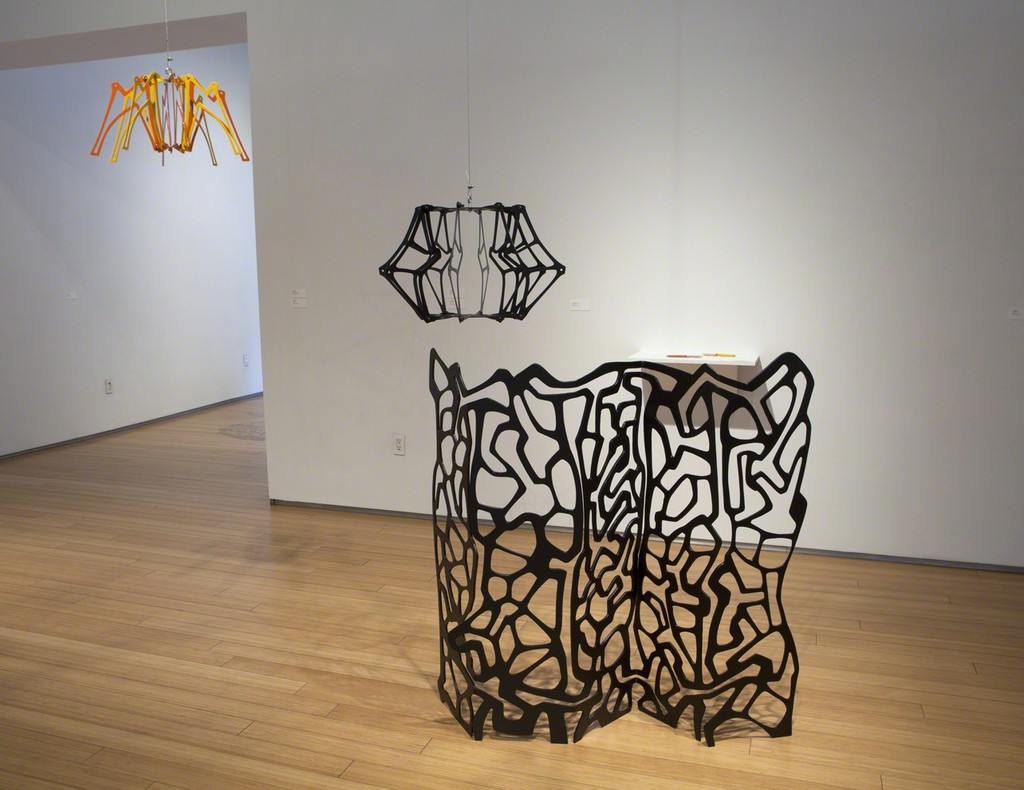 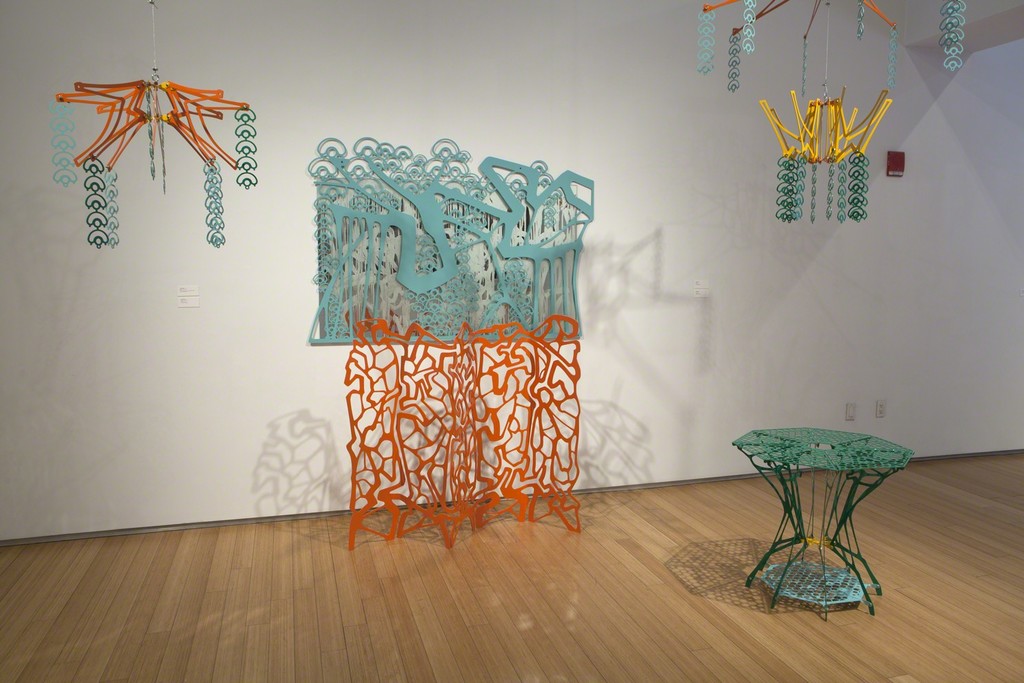 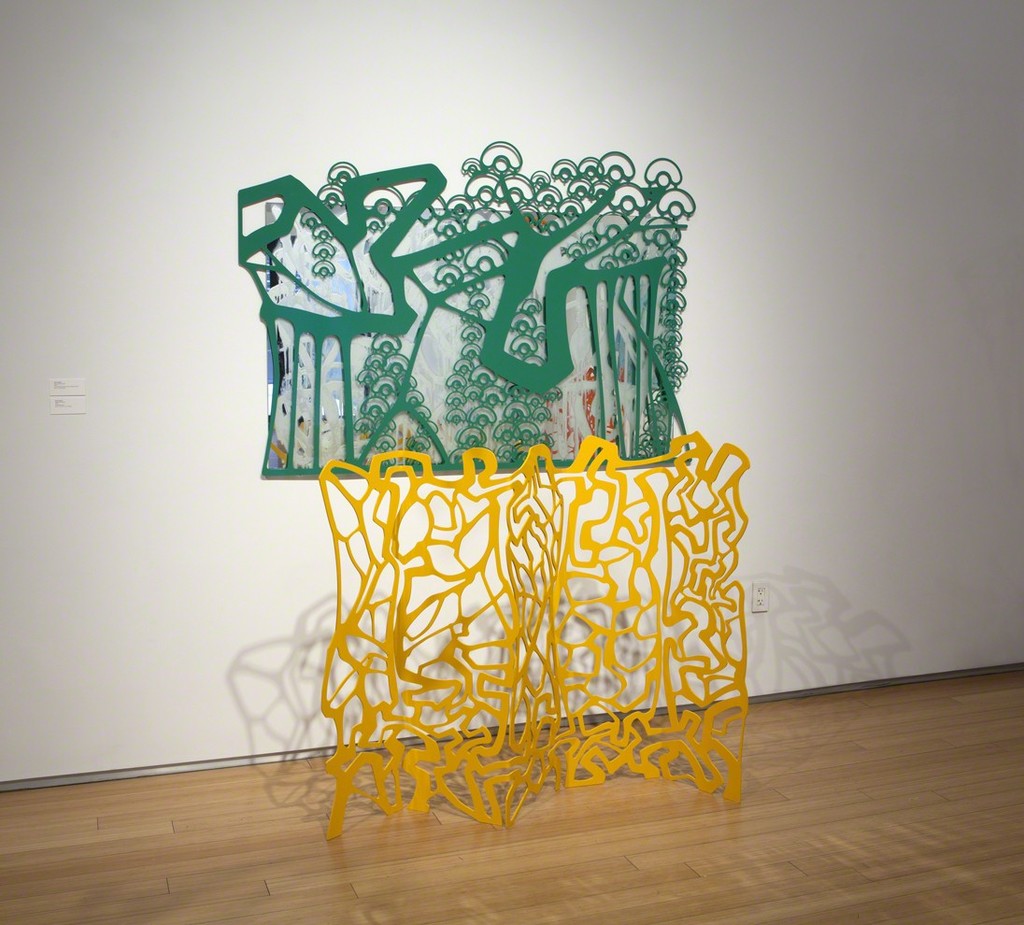 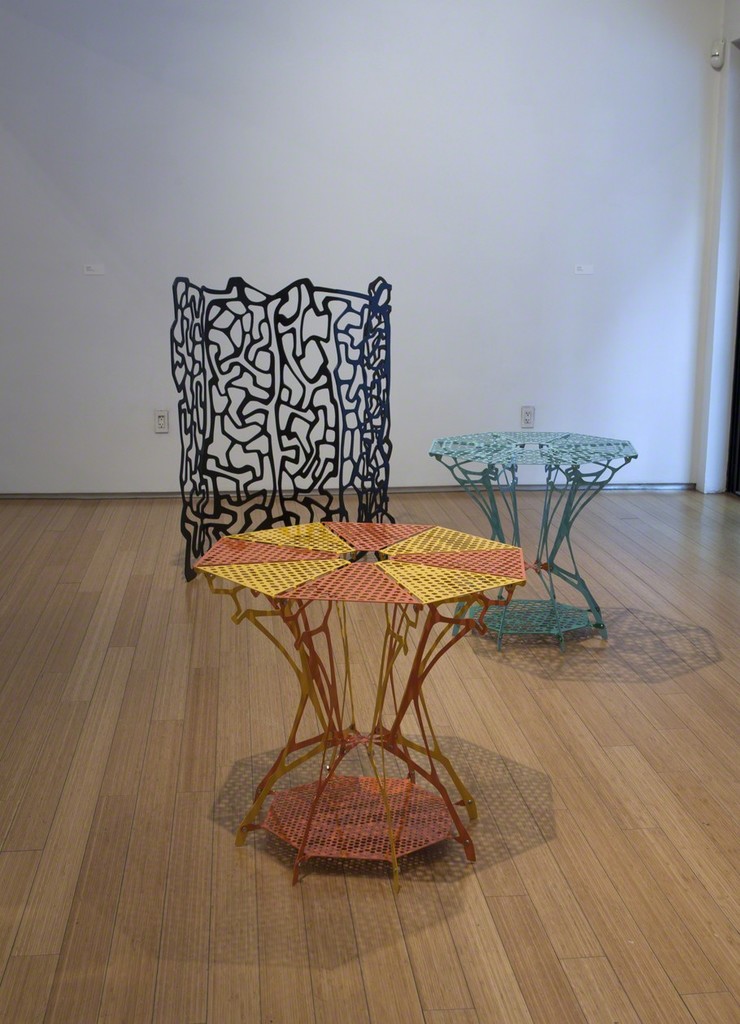 From March 15 to April 14 an exhibition of Jesse Small’s new work opens at Nancy Hoffman Gallery, including steel screens, chandeliers, tables, mirrors and other small objects. The new work reveals the artist’s commitment to ornamentation, presenting everyday objects as artifacts of a Magical Realist narrative.

“Empty Objects” refers to things that are ghosts of themselves. Taken over and immobilized by ornamentation that is pleasant but unfamiliar, it goes into the depths of that emptiness and concludes that it is made of tough stuff. “
For the past 20 years, Jesse's sculpture has been taking the form of everyday objects that have a history of being decorative and functional. In his work, the ornament takes over the object through a process of cutting thousands of holes. His sculptures represent the mundane object liberated from it's mundane task, thereby free of its masters. The mundane object becomes a ritual object, bearing information of its parent culture. We know so much about the Ancient Egyptians because they buried their culture in the form of ritual objects. Today we build data farms. All of it is just information storage, with varying degrees of longevity.

In the face of digital immateriality, Jesse’s work asks questions about ornament as a method for deploying information that is present in durable objects we live with/in. It also asks about the nature of free will in a duality between function and ornament, where ritual is decentralized.

Jesse’s work does not aim to discredit ornament, but to admire its subtle, viral qualities. The work is hopeful that new ideas are waiting to be discovered just below the surface. However, Jesse's studio practice appears more like hard-rock mining than picking fruit. This is clear in the level of industrialized design and craft apparent in his work, where there is joy in the act of inventing new ornamental motifs and methods of construction. Using new technology and modern materials, Jesse’s work and studio practice investigates what decoration is today, and how it stores information for tomorrow.

The artist resides in Los Angeles.