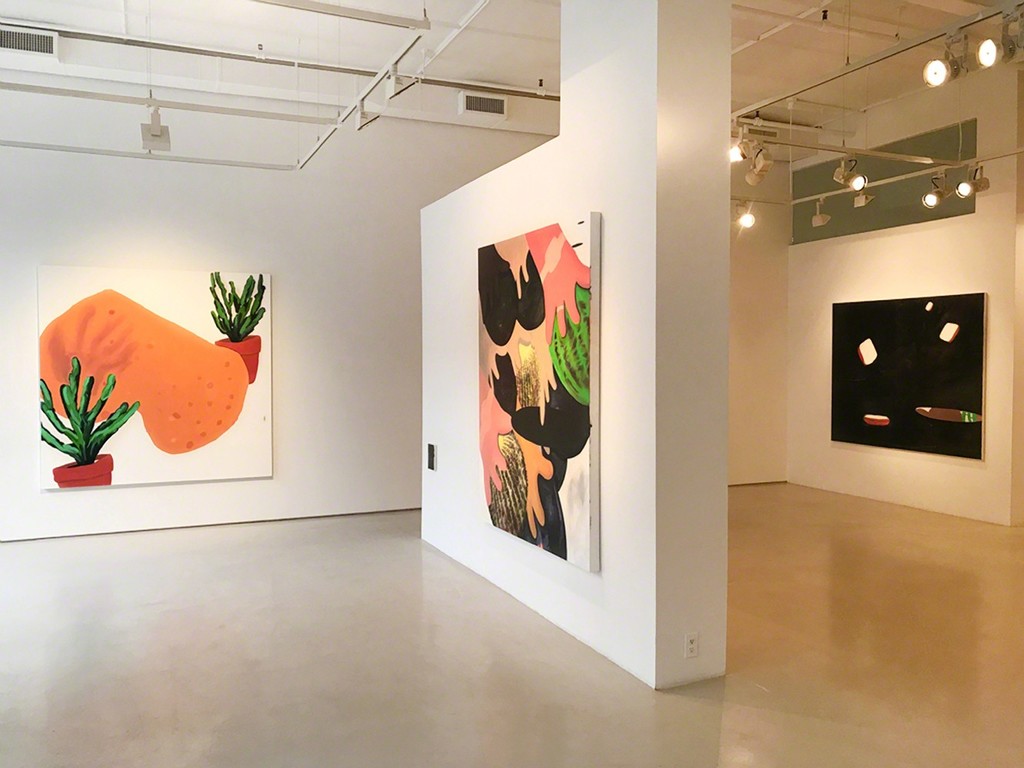 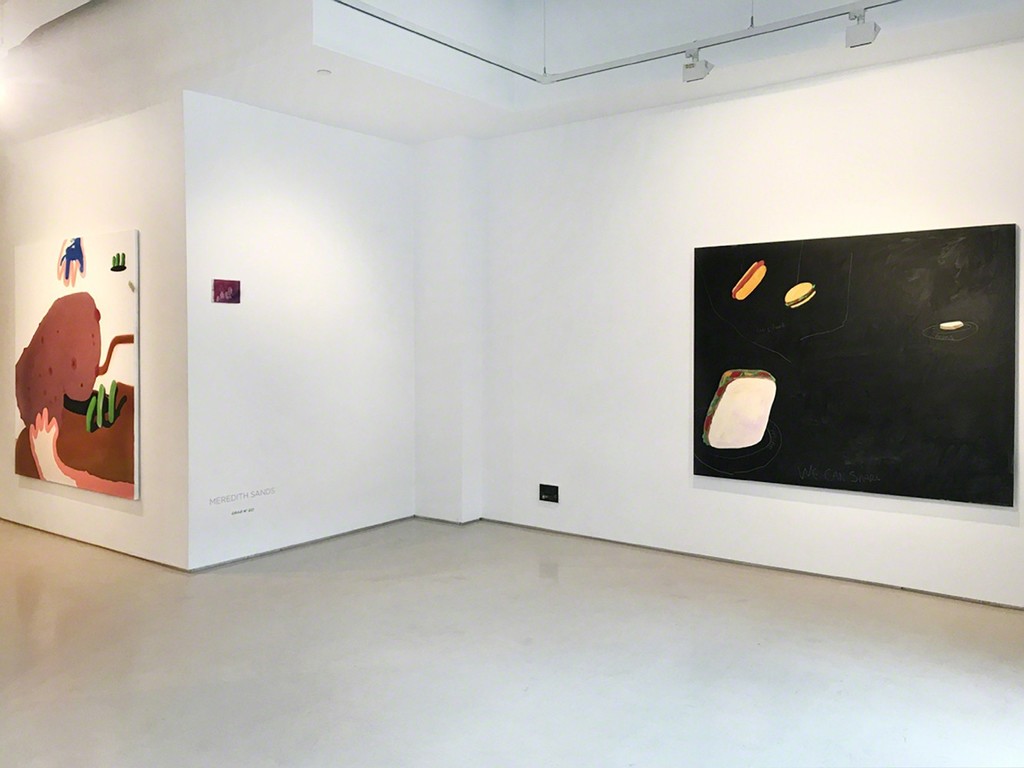 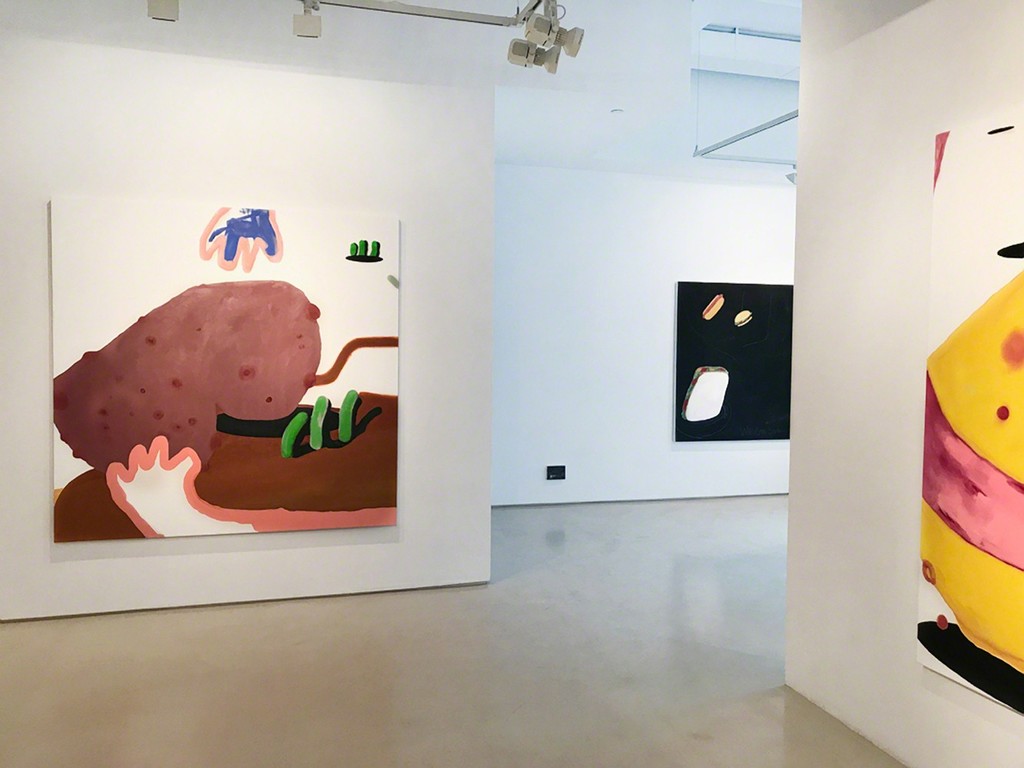 Nancy Margolis Gallery is pleased to announce Meredith Sands’s first solo exhibition at the gallery, Grab n’ Go. The show will be on view April 5th through May 19th, 2018, with an opening reception on Thursday, April 5th from 6pm until 8pm.

The second theme in Sands’s large-scale canvases poses a jarring visual and emotional contrast to her representations of hands and body parts. Predominantly black, these paintings depict sandwiches, hotdogs, and hamburgers of varying scale floating throughout a colorless space. In Not Smaller Just Farther Away, Sands thinly scratched white lines into the dark surface. Two concentric ellipses orbit a large sandwich in the foreground with the word “mine” etched into the black paint; in the distance, a smaller sandwich is shown with a similar set of rings paired with the word “yours.” The organization of space in these black paintings feels freer and less constrained than Sands’s tightly composed colorful works. The objects in her black paintings appear to float randomly, as if artifacts in outer space.

The absurd humor found in Grab n’ Go is used as a catalyst to examine serious themes of balance within relationships, consumption, privilege, and the compulsion to share. Sands’s obscene hand paintings specifically address the ambiguity of consent: “Some of these hands are fine, just looking to create their own space within this simplified world of white backgrounds and black holes. Some are causing trouble for themselves and for others.” The artist’s black paintings are visual elaborations of the black holes that appear in her colorful works. Within these “voids,” her sandwiches represent universals: “We all just want a sandwich, who’s willing to share?”

Meredith Sands grew up in Malibu, California. She received her B.F.A from the School of Art Institute of Chicago in 2010 and her M.F.A. from Columbia University in 2016. She has been in solo and group exhibitions in New York and Chicago. In 2013 she participated in the Giorgio Upiglio Residency in Milan, Italy. Sands was a part of a group exhibition at NMG in 2016, making Grab n’ Go Sands’s first solo exhibition at Nancy Margolis Gallery.