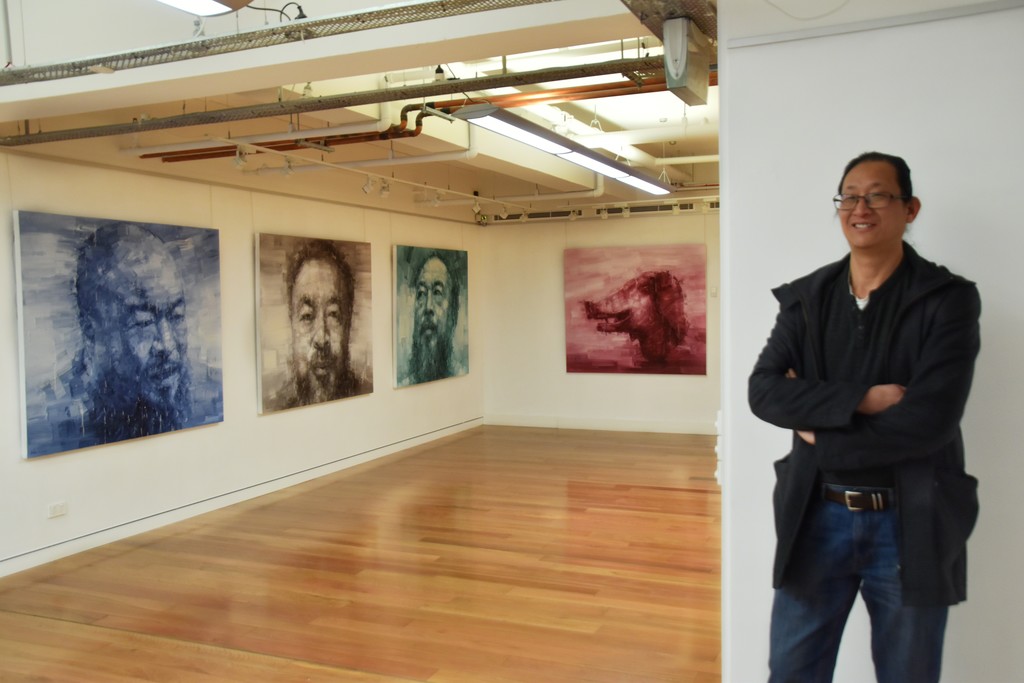 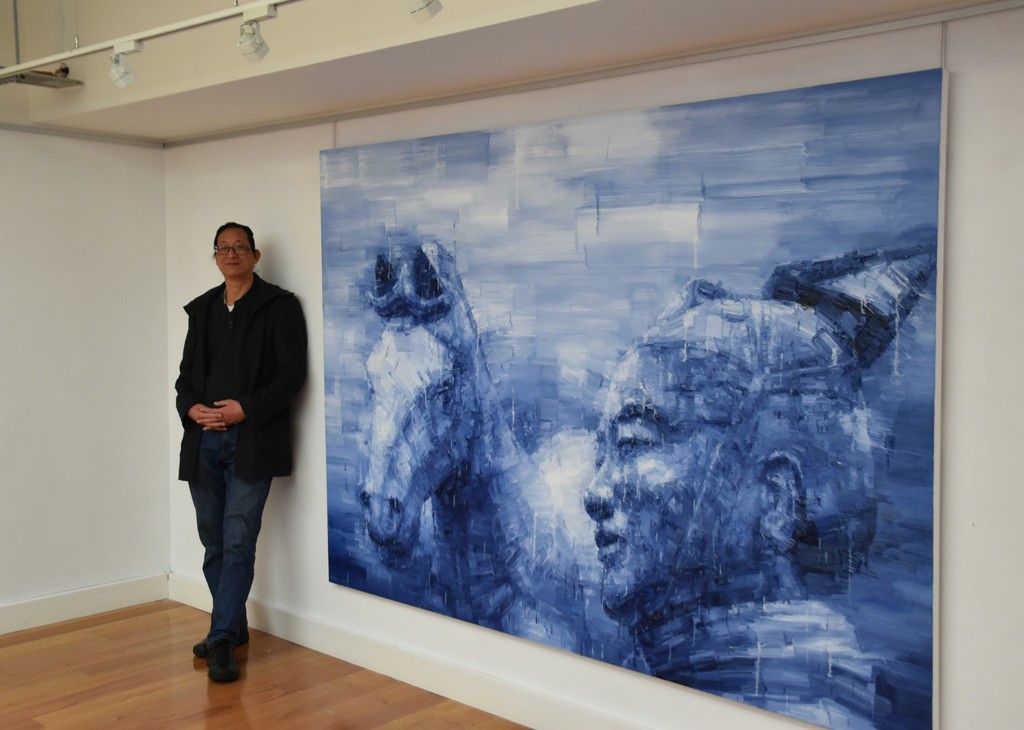 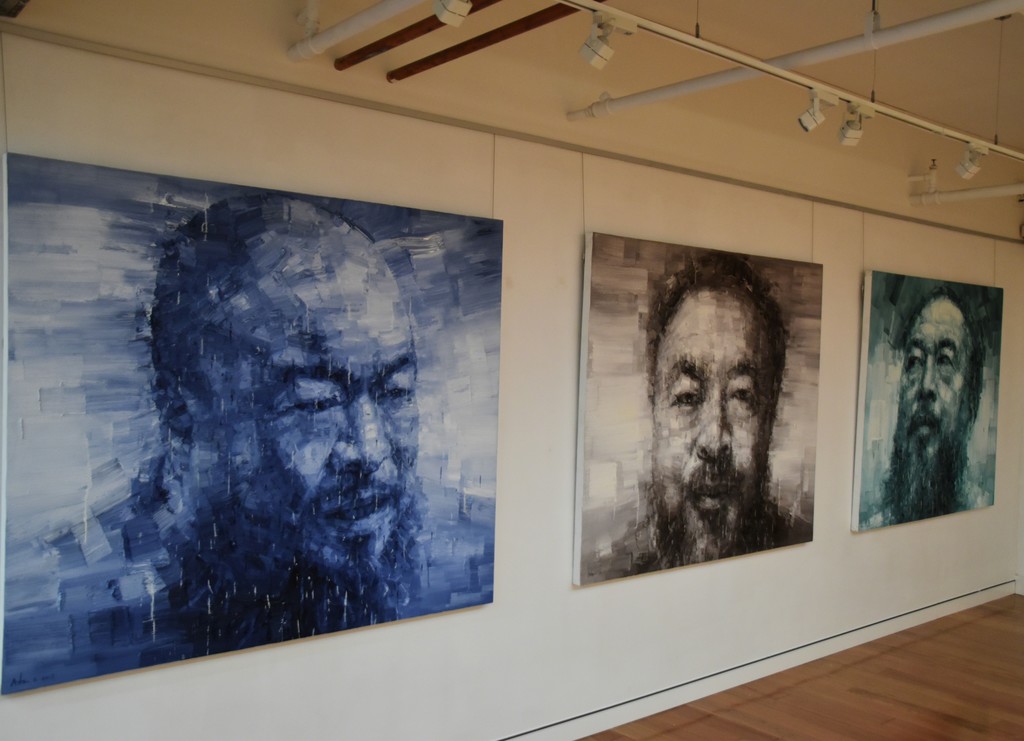 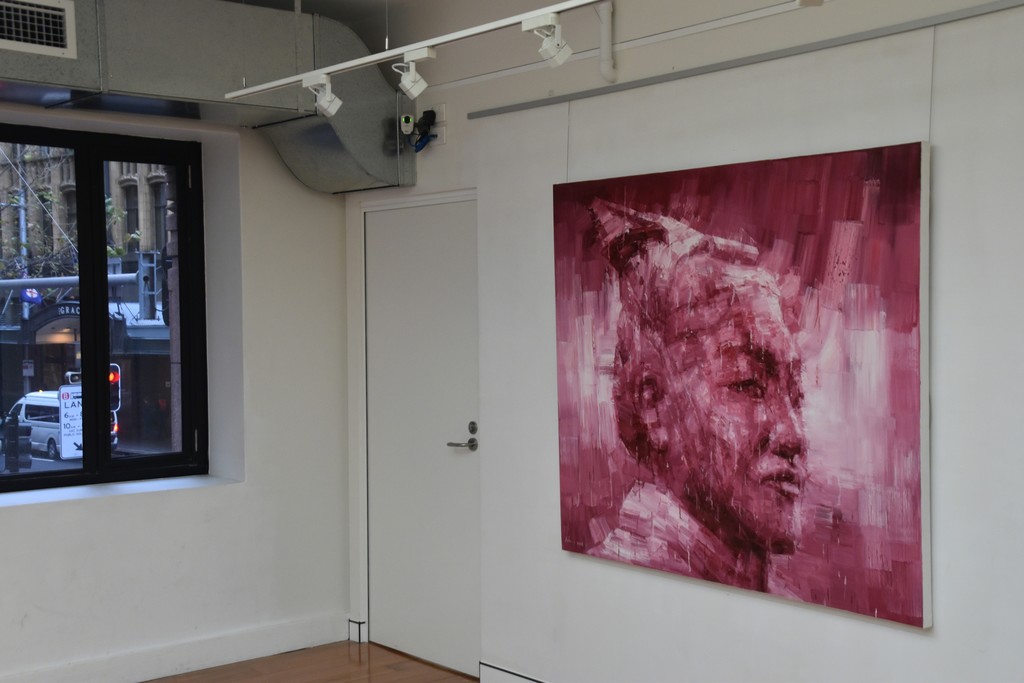 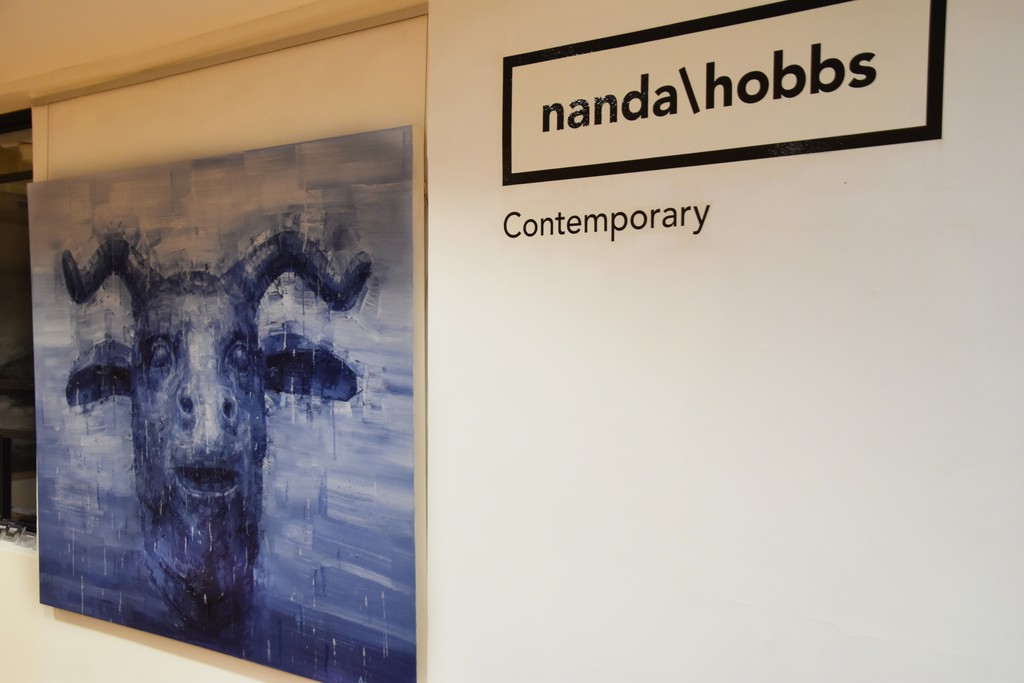 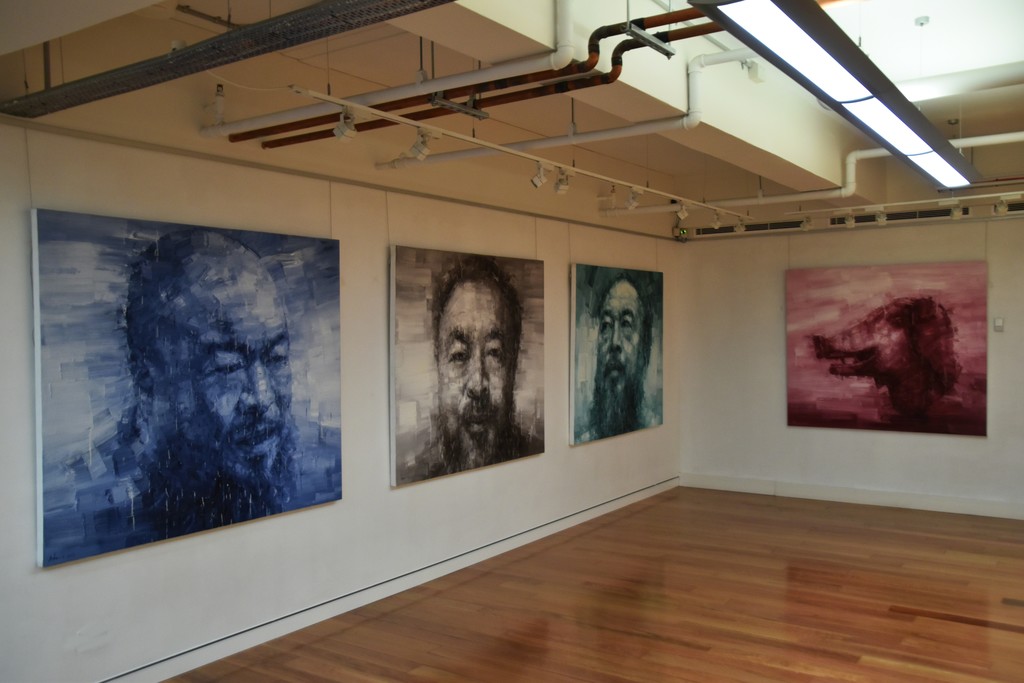 "Ancient Reverie" is a compelling aesthetic conversation between Chinese-Australian artist Adam Chang and the world’s most prominent artist and activist, Ai Weiwei. Both artists are appropriators of cultural icons. Their goal is democratic freedom in the land of their birth.

Both Chang’s and Weiwei’s artistic practice has, over the decades, recontextualised the great and infamous moments in Chinese history. Meaning and imagery have morphed and changed to redirect the viewer into a new way of thinking about history and its outcomes.

In this exhibition, Chang’s epic canvases delve into the ancient, colonial and contemporary history of China. For the artist, the reoccurring subject of recent years has been the Terracotta Army from the tomb of Emperor Qin who came to power in 246 BC. Qin, revered as the unifier of China, was buried with his vast army of terracotta soldier statues. The army was discovered by workers over 2000 years later, in 1974. Chang’s paintings of the figures, in monochromatic tones, maintain a monumental feel, referencing the extraordinary scale of the 6000-strong terracotta army.

The artist juxtaposes his Terracotta Army with three significant portraits of Ai Weiwei. There is no question of Chang’s feelings on the enormity of Ai Weiwei’s place in history. This is further developed with his interpretations of Weiwei’s sculptural horoscope, The "Circle of Animals/Zodiac Heads". This work, created in 2010, has and continues to travel around the world as a public art installation. It borrows from the original heads, looted by British and French colonial powers during the second Opium War, from the then emperors’ Summer Palace—an event seen as a major symbol of China’s humiliation at the hands of the West.

The idea of what is original or real and what is not, is at the heart of this installation; at what point is the artefact valuable because of what it is? Or does the value lie in the story attached to the artefact? The ensuing contemporary Chinese debate and auction of several of the heads and the nationalistic controversy surrounding the sale, is at the centre of Weiwei’s investigation. The controversy surrounding the 12 Zodiac Heads is an example of where cultural hierocracy is twisted and appropriated to suit contemporary powers.

Chang, by painting the important symbols in the style of Weiwei’s sculptures, engages in the debate. His treatment and imaging of the Heads of the Zodiac and the head of his ideological collaborator push us further to the conclusion that powerful regimes will use whatever means to manipulate the consciousness of the people they govern.