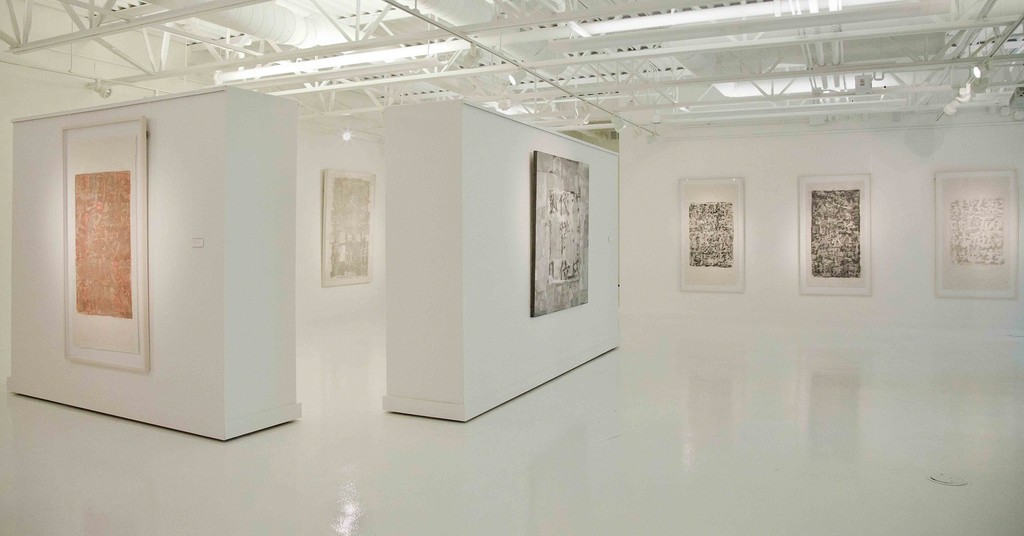 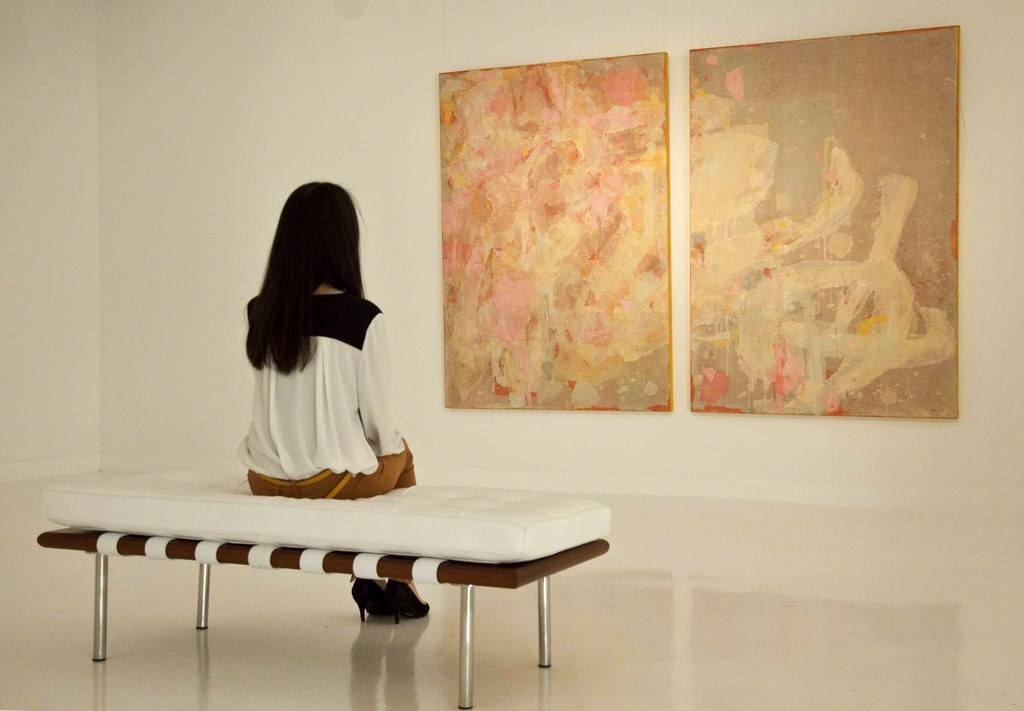 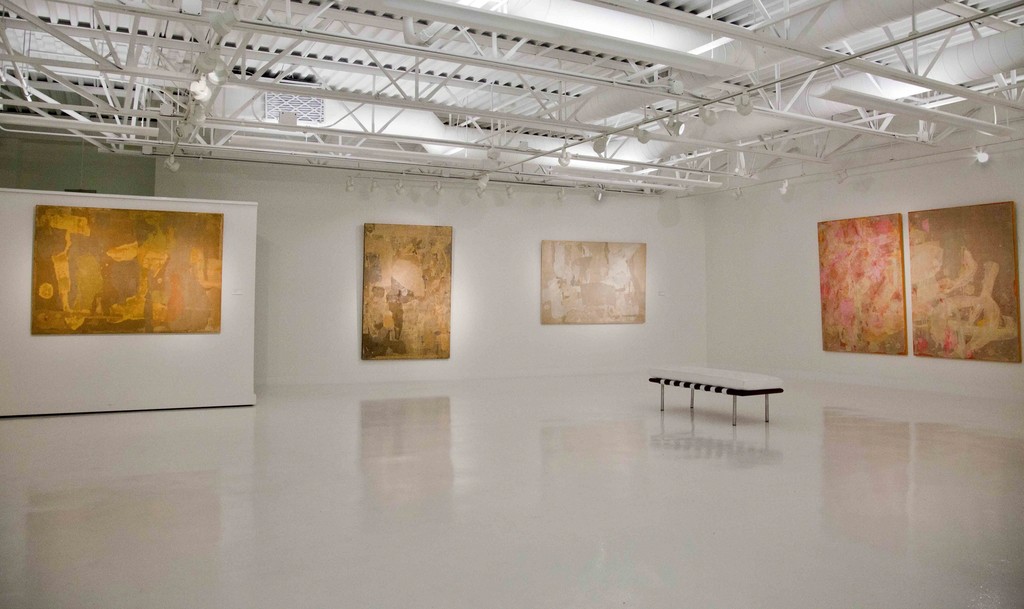 January 6, 2014 (San Francisco, CA) – NanHai Art is pleased to present Cursive Script, Color, and Collage: The Art of Wei Jia, a solo exhibition of 14 paintings and works on paper by the New York and Beijing based artist, curated byRobert C. Morgan, Ph.D.. A unique opportunity for visitors to see the development of Wei’s complex multi-dimensional work over the past 8 years,Cursive Script, Color, and Collage also includes 5 new mixed-media works on paper exhibited for the first time. NanHai Art (520 Broadway, Millbrae, CA) will host a curator and artist talk on Saturday, February 21st at 2:00 PM in the upstairs lecture hall, followed by an opening reception beginning at 3:00 PM in the main exhibition hall.

Wei Jia’s practice seeks to reconcile the challenges of uniting Eastern and Western influences, drawing equally from his formal training in realism at the Central Academy of Fine Arts, Beijing as well as his graduate painting studies at Bloomsburg University, Pennsylvania. The artist’s on-going study of calligraphy, a love for poetry of the Tang and Sung Dynasty, and a deep reverence for nature also informs his paintings greatly. His Eastern and Western methods of painting and collage, which routinely make use of both ink as well as gouache, and his use of a wide variety of other materials illustrate the totality and complexity of his attempt to integrate the disparate traditions that inform his life and education as an artist.

Whether on canvas or paper Wei Jia inaugurates a new species of expression taken from his tradition, rather than appropriated from Westernized expressionism. This heroic, yet subtle process, moving from poetic inspiration to a visual construct given a dense tactile resonance, over time, has been pushed and pulled into place.

Wei creates depth and dimension in his paintings by layering torn pieces of Xuan paper, traditional Chinese rice paper, with washes and marks created with gouache, ink, charcoal, and pastel. He frequently works on several pieces at a time, and if the viewer looks closely, they may be able to see torn shapes which could fit together like a puzzle if they were detached from the canvas. Wei varies the intensity of the layering from piece to piece; in No. 0660, the top layer is translucent, creating a gauzy haze over the calligraphy beneath, while in No. 11118, the layers are deeply pigmented and opaque, giving the piece a quiet immediacy. The colors and forms Wei creates in his paintings are inspired by nature and tend to be rich earth-tones, as in No. 11118, although the bright yet pale green that can be seen in the works No. 0660, No. 13144, No. 14158 in Cursive Script, Color, and Collage, is a subtle reference to Chinese Jade, a historically important mineral in Chinese arts and culture.

Calligraphy has been a major part of Wei’s practice throughout his career, as evidenced by earlier works like No. 0600, from 2006, and new works like No. 14151, from 2014. He began to study calligraphy as a teenager, and continues to practice traditional Chinese calligraphy daily as a mental and physical exercise. Wei chooses each character for its unique formal qualities, not its literal meaning, and is interested in the way the forms interact with each other and with the negative space surrounding them. The effect is just as striking in a piece like No. 14166, where the characters have been layered on top of each other to create new shapes of varying densities, and in No. 0889, where each character is given its own space on the canvas. In both pieces, the viewers eye moves freely about the piece but by different means: in No. 14166 the connections between the characters create a visual pathway for our eyes, while in No. 0889 Wei’s placement of the characters encourages the viewer to move around the piece by exploring the spaces between them. The interplay between positive and negative space in Wei’s paintings lends itself to the notions of “loss” and “gain”. On Wei’s calligraphic symbols in his art, Robert Morgan writes:

To gain is to lose, and to lose is to regain the necessary strength to continue one’s task. To regard this action as a continuum, as an uninterrupted process allows the eye and mind to relieve the tension of a purely spatial opposition.

In the adept way Wei Jia’s work combines textures, colors and forms, he leads the viewer through his culturally-hybrid mode of expression to a visual space that is neither Eastern nor Western.