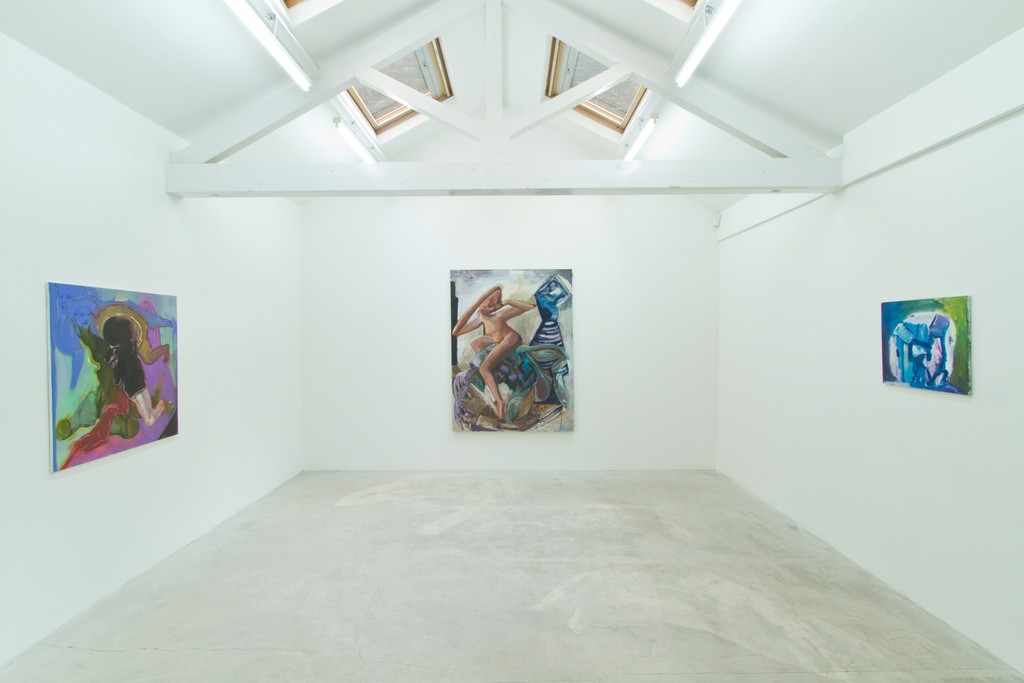 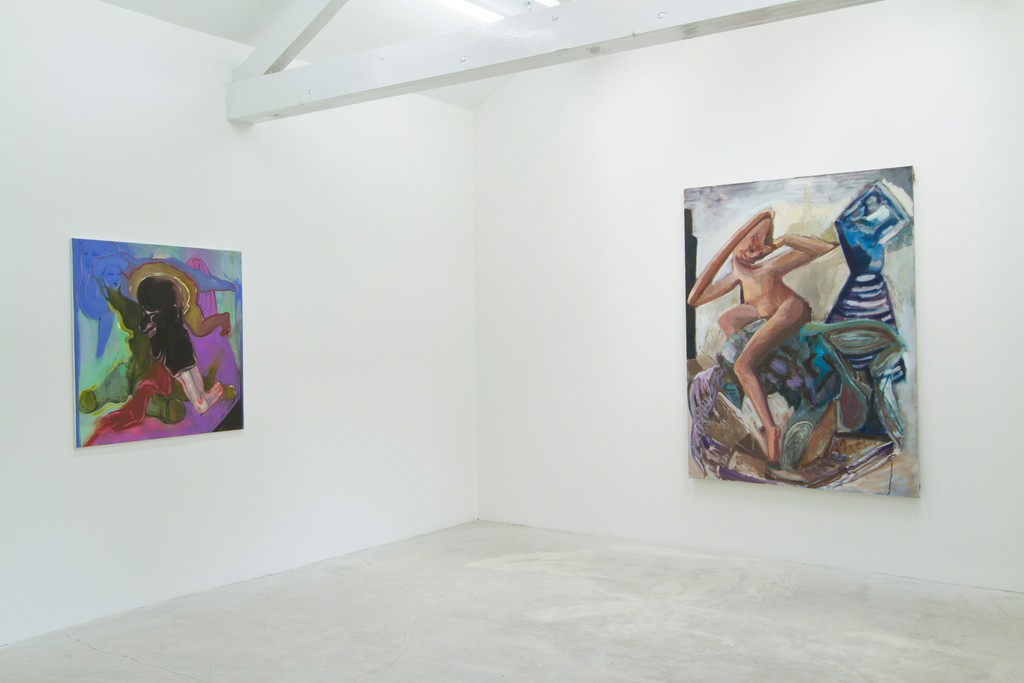 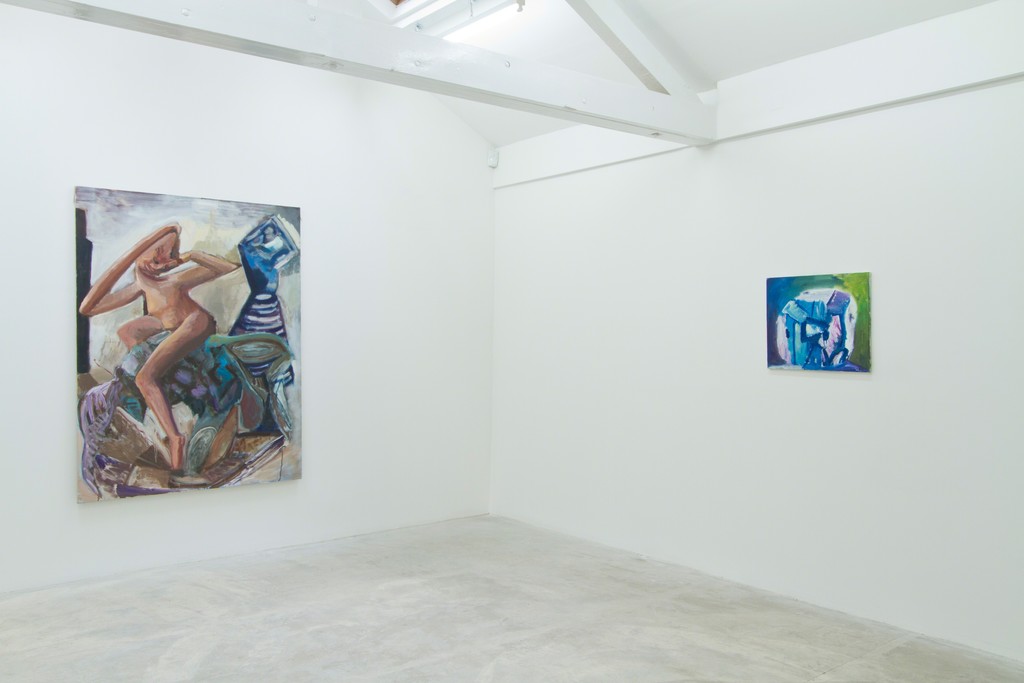 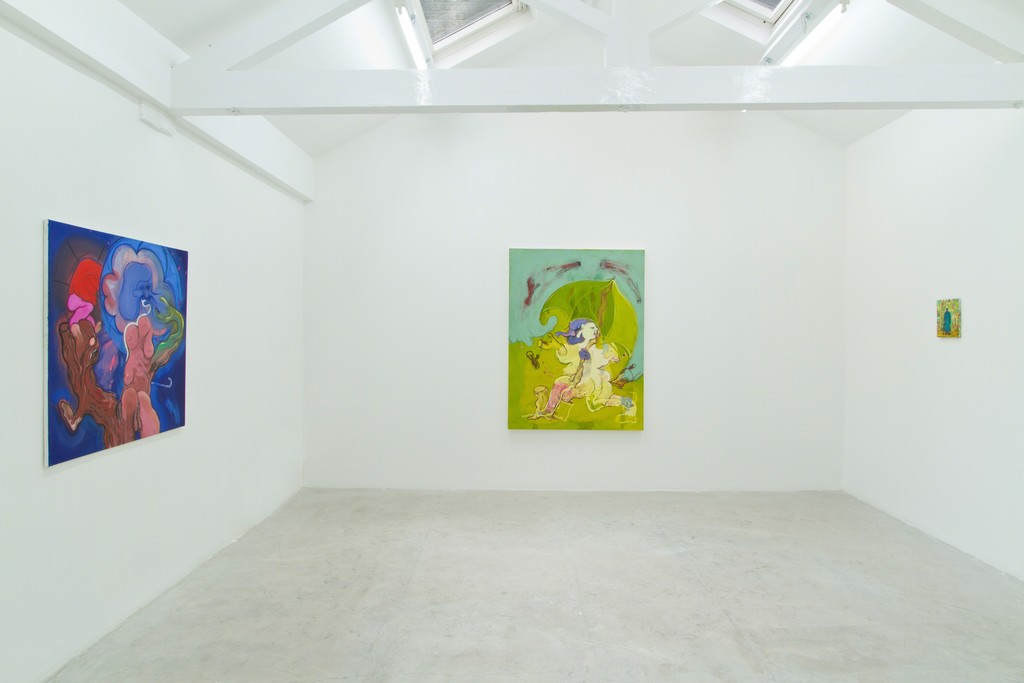 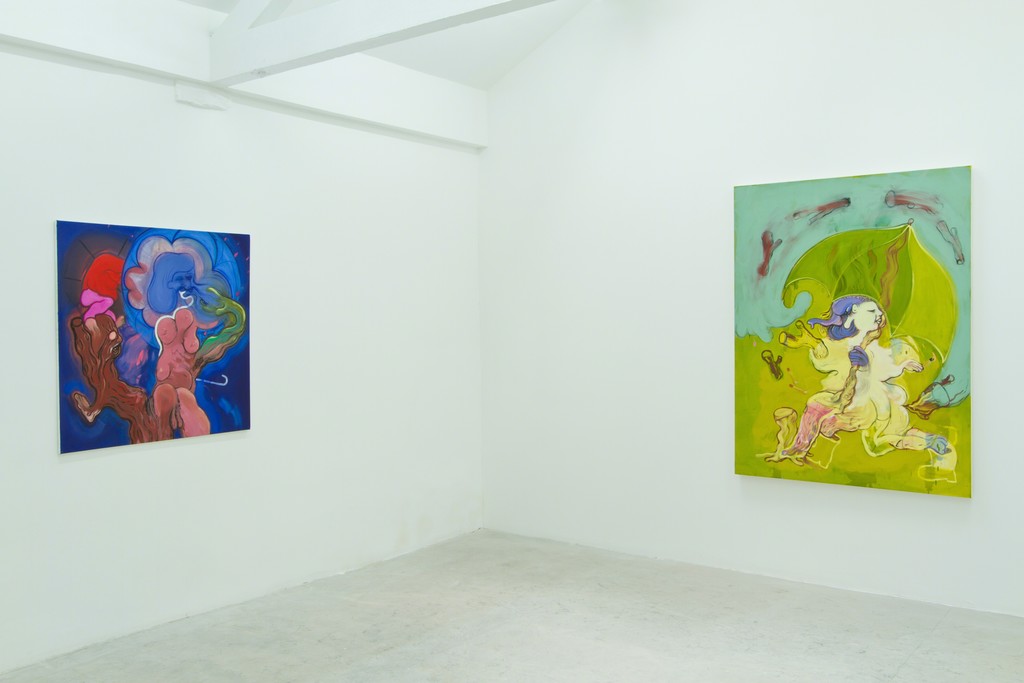 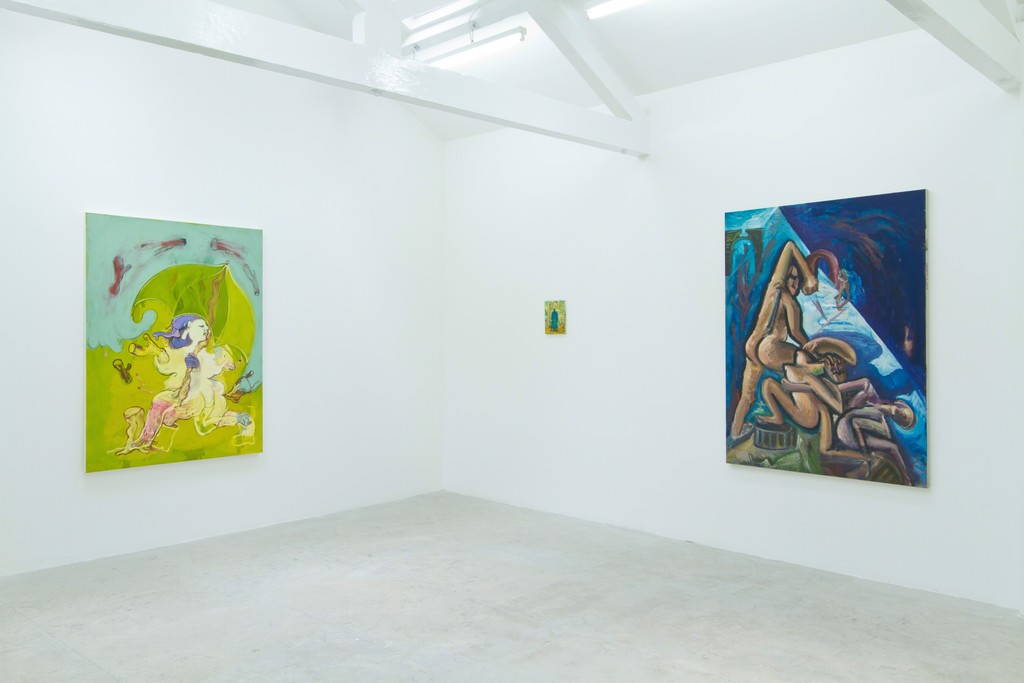 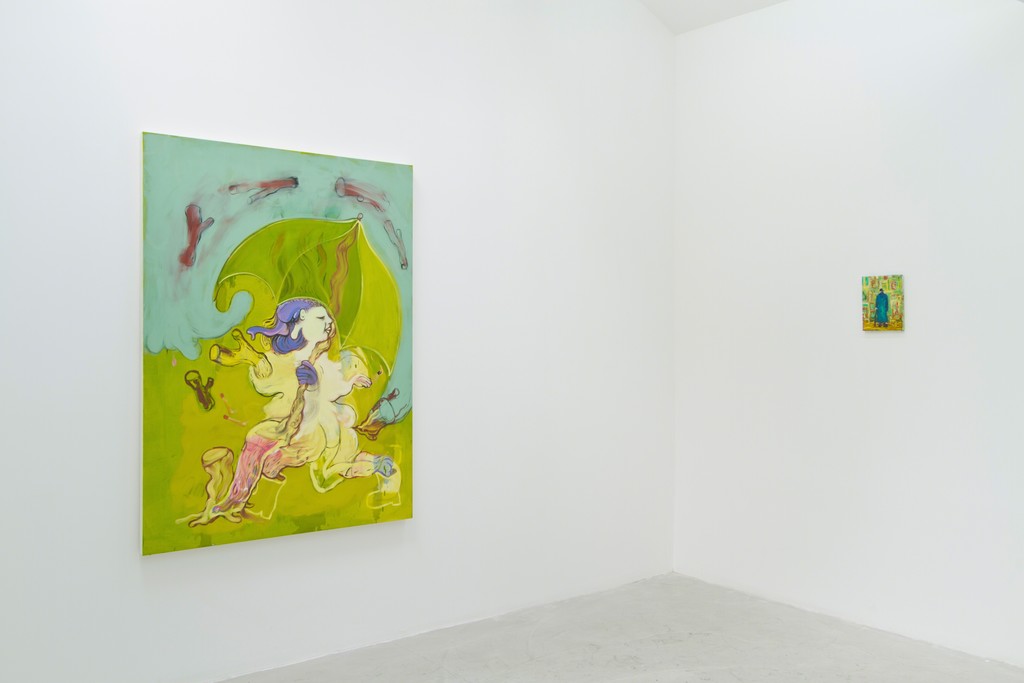 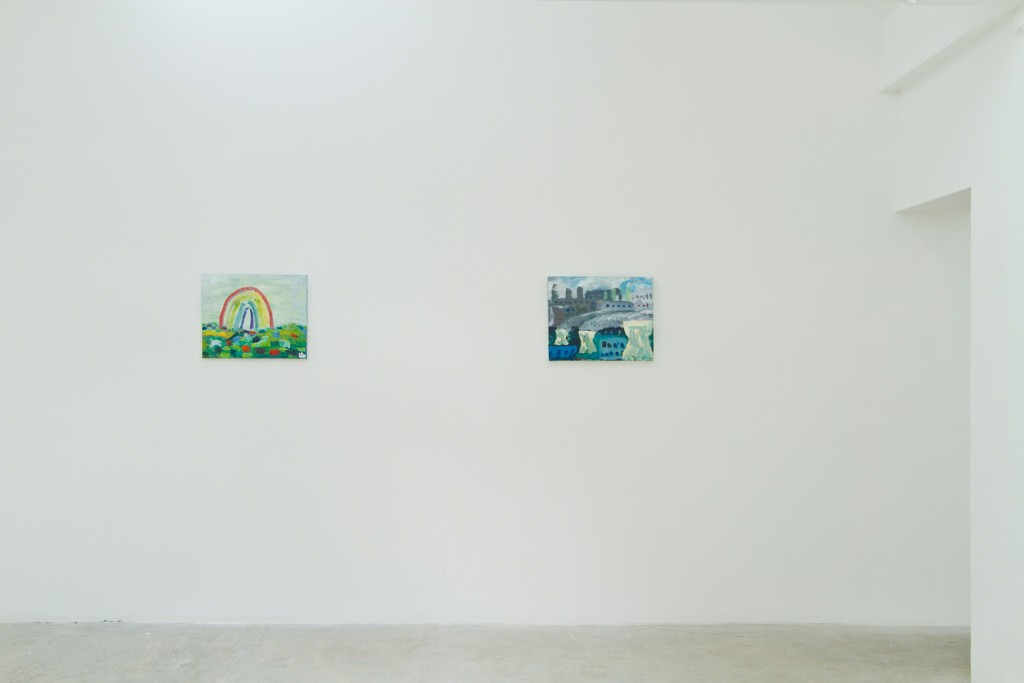 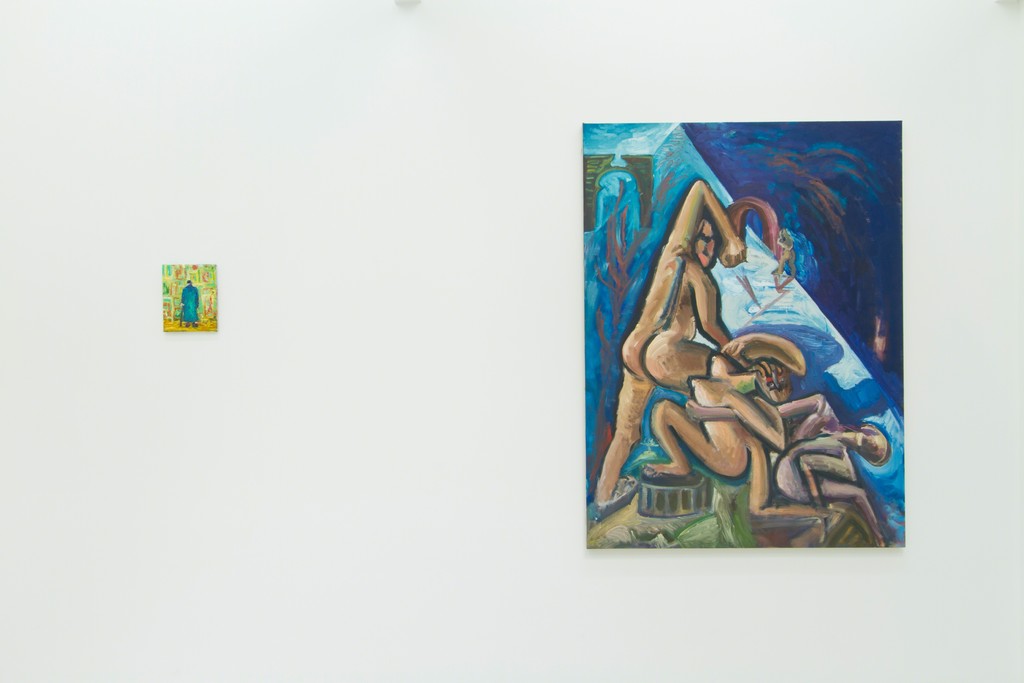 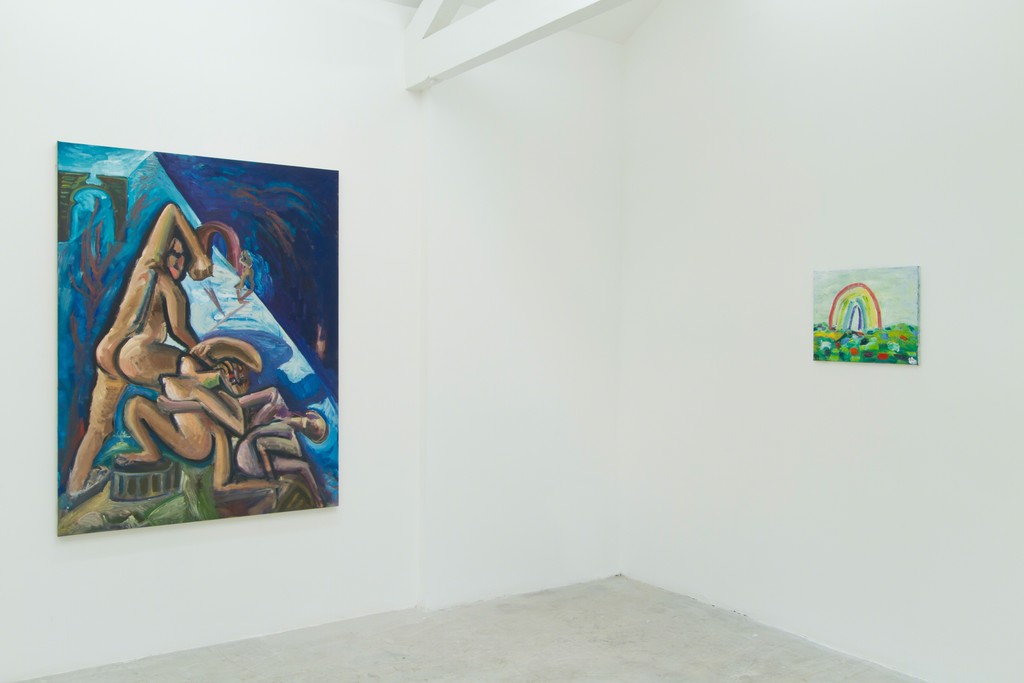 This isn’t exactly accurate; as with all clichés, though, there is some truth here, concerning how the grit and grime of the city enters the studio and the type of person who dedicates their life to unravelling the complexity of metropolitan grubiness.

Xiao-yang Li, Paul Housley and Kate Lyddon repeatedly overpaint and rework motifs, their painted gestures appearing to mirror urban life – not unike a long London commute that will grind you down, since after all this is a city of endlessly repeated actions. These painters directly cite their observed and imagined worlds via a level of interruption in the paint – things become disrupted and transformed, more object-like, exposing the painter’s mind through washy screens or as impasto monuments.

Paul Housley’s paintings are often heavily layered, edited and reworked. He spends his time contemplating and rethinking how the array of items that fall in and out of his paintings convey a memory of something used many years ago, an object found with an unknown history, or a place that has the light of a particular time of day. Kate Lyddon’s paintings sustain a cerebral space: there is often an impression of levitation, that the figures are trying to detach
themselves from the burden of the space – their relationships are complex, interwoven and are sexually tense. Xiao-yang Li observes from life, but through the slippages of the painting process her work develops into motifs that resonate with a mythological aura. There is always something familiar, if sometimes strangely anthropological, in how we read these paintings as scenes of human history, or attempt to define a place. Sometimes she is a modernist, but the
languages in her paint often shift so that her work eludes any of the dogmas that art historical references can throw at her.

In Painters Painting, Emile de Antonio’s documentary about the New York scene in the early 1970s, the introduction sequence declares: 'We once painted ourselves as a bunch of fiddling rustics’. The painters in this show are the 21st-century rustics of Hackney and Tower Hamlets, and they continue to paint a life where the kitchen sink is never far from the frame.