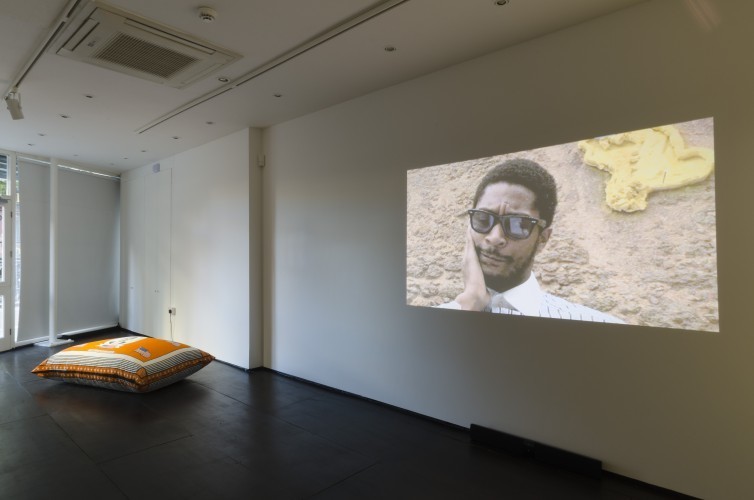 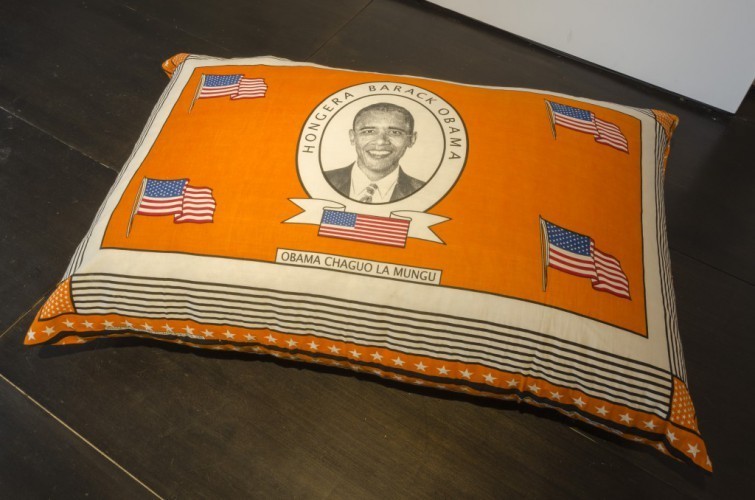 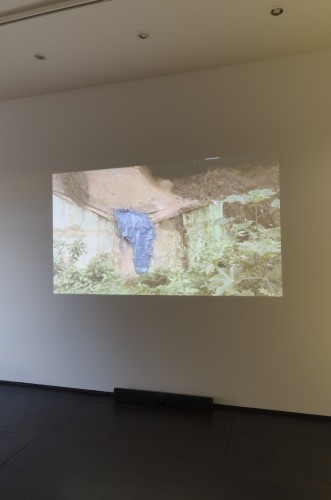 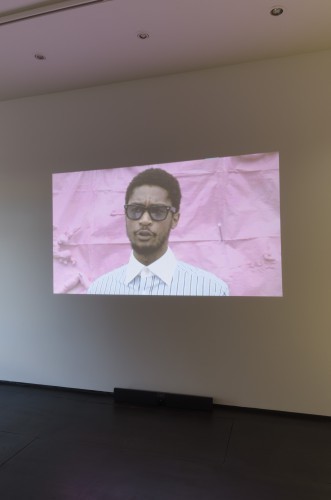 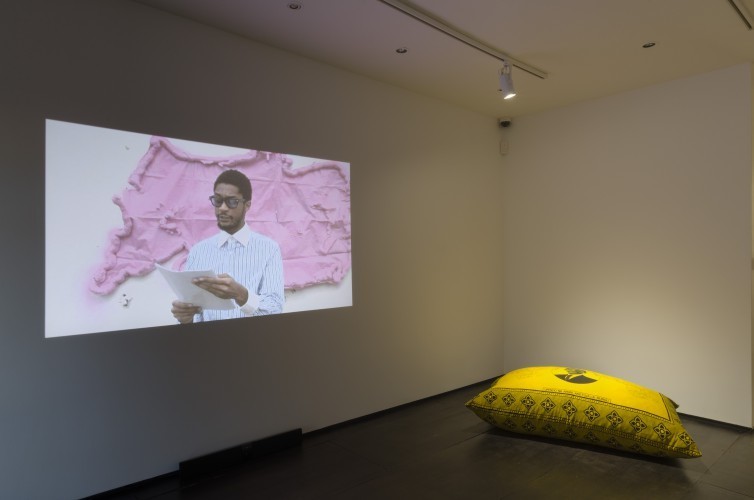 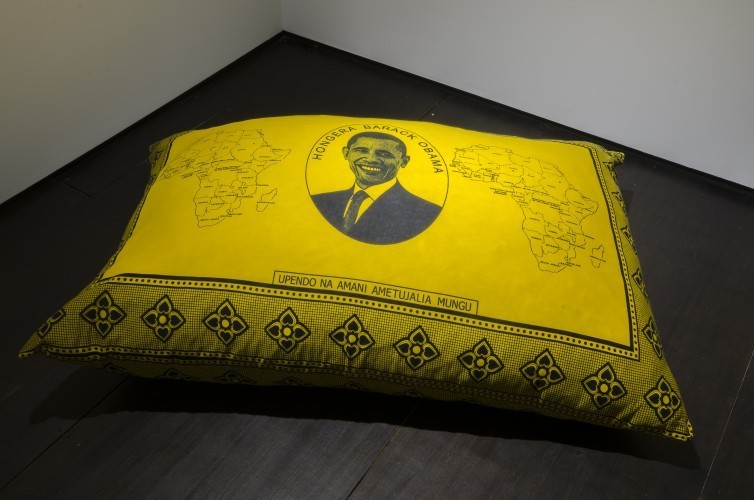 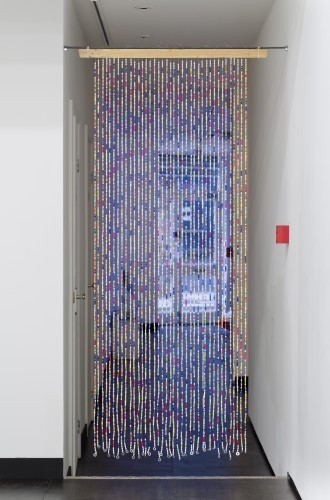 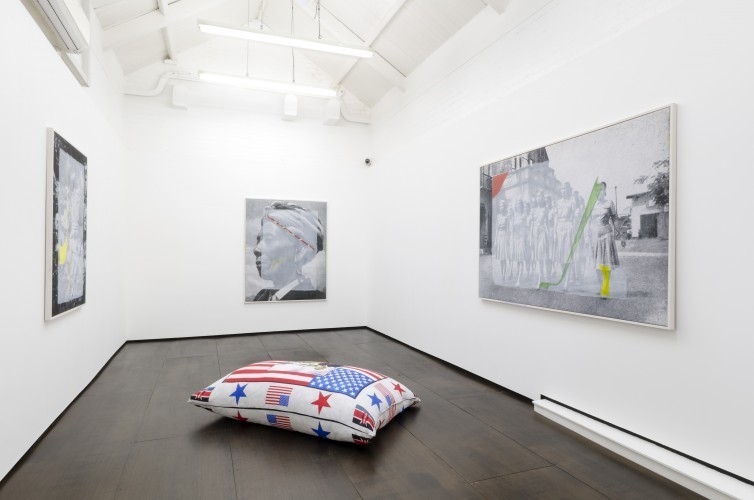 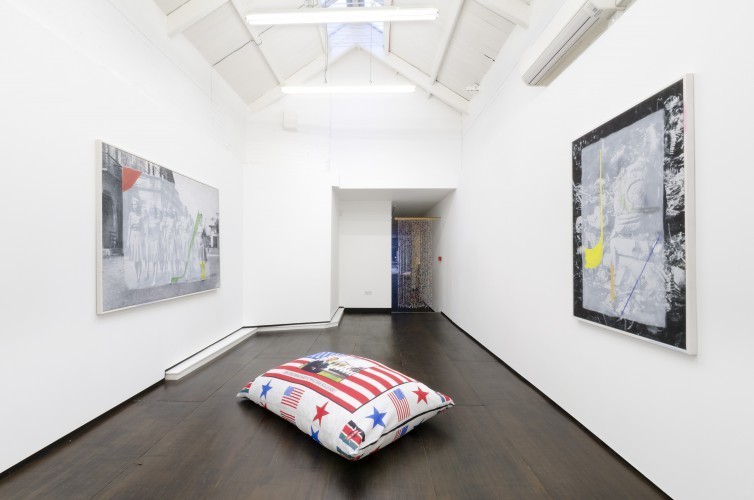 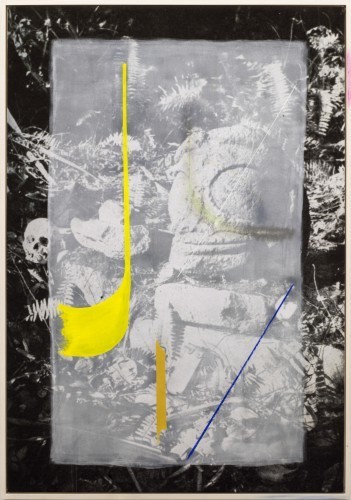 narrative projects is pleased to present an exhibition curated by Daria Kirsanova that included works by Nástio Mosquito, Carlos Noronha Feio and Richard Parry. The three artists work in a wide range of media that varies from painting, sculpture and video to sound works, performance, music and poetry writing and a subversive act as a medium of art production. What brings them together in this exhibition is their critical outlook towards ‘a system’ as a large conceptual structure. Their relationship with ‘a system’ starts with critical challenge and an attempt to break it down to locate their own position in it. They use this resulting rubble of meanings to construct the artists’ own story, to build new historical and conceptual connections. With a degree of radical nihilism and self-irony they scrutinise issues such as the politics of representation, decolonisation and the true essence of post-colonialism, as well as the role major cultural institutions play in the expansion of global capital.

In three distinct videos entitled ‘3 Continents’ (2010), Nástio Mosquito availed of the format of a public address, as used by the politicians to deliver political statements, to speak about the social clichés. The videos Europe and America portray strikingly similar sets of issues that the artist ‘bought’. He bought a set of faults and shortcomings that are so obviously part of the societies he is talking about, but are so carefully left out of those speeches he is mocking in this work. The omnipresent irony, an integral part of Mosquito’s works, interrupts the pathos of the speech as a mosquito sitting in the artist’s cheek or erratic amateurish movements of the camera.

Carlos Noronha Feio’s series of paintings and drawings are made on the images, or in the case of drawings directly on the pages taken out of the book Native Peoples of the Pacific World. This was used as a manual to provide an insight into an aboriginal world to American soldiers in their way to the Pacific World during WWII. A reference to post-colonial theory is inevitable here. However, for Noronha Feio Post-Colonialism is a subject of critique. He sees it as a failed discourse that instead of constructing a new idea of the world brought to being, and defended by its agents, it projected an updated version of new nationalisms. Noronha Feio instead suggests new perspectives of looking metaphorically exemplified through pure abstract shapes.

Richard Parry’s sculptures challenge wider conditions of capture, display and analysis that characterise present day culture, questioning systems that feed into the Neo-Colonialist/Neo-Imperial tendencies. Expat Sculpture (made in Nairobi by the artist’s mother) replicated beaded curtains typically made by domestic staff for thresholds between their sleeping quarters and the compound employing them. Similarly, Barack Obama Monument (each comprising two souvenir kangas from Nairobi’s Sarrit Market) concerns the follies and vanities of measuring art in terms of ‘export value’, and how such techniques (promoted by institutions in lieu of cultural validity) affect self representation. At the same time, Parry references a trend spreading across networks of art fairs and biennials – that of outsourcing the meaning of production.

Nástio Mosquito (b. 1981, Huambo) previous exhibitions and performances include: Bofa da Cara, Barcelona, Bilbao (2010); Kara Walker’s, Performance, New York (2010); African? I Guess., ZKM_media theatre in the context of THE GLOBAL CONTEMPORARY, Karlsruhe. Germany (2011); DZZZZing the World and a Compilation of Love, Munich (2011); and Ghostbusters – Imagination and Memory of Home, Berlin (2011).