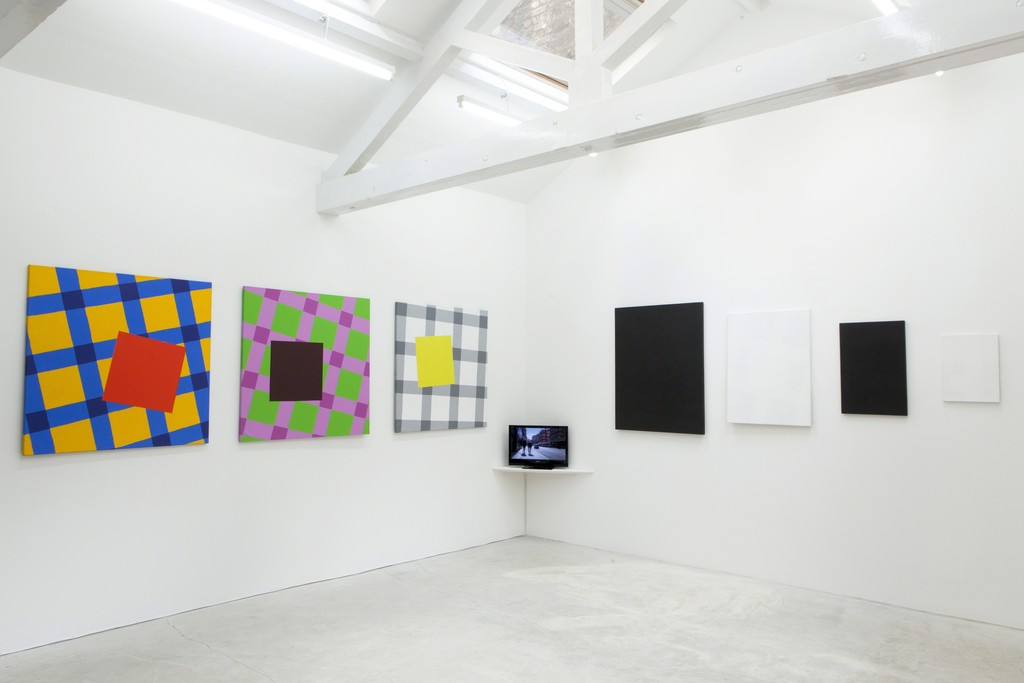 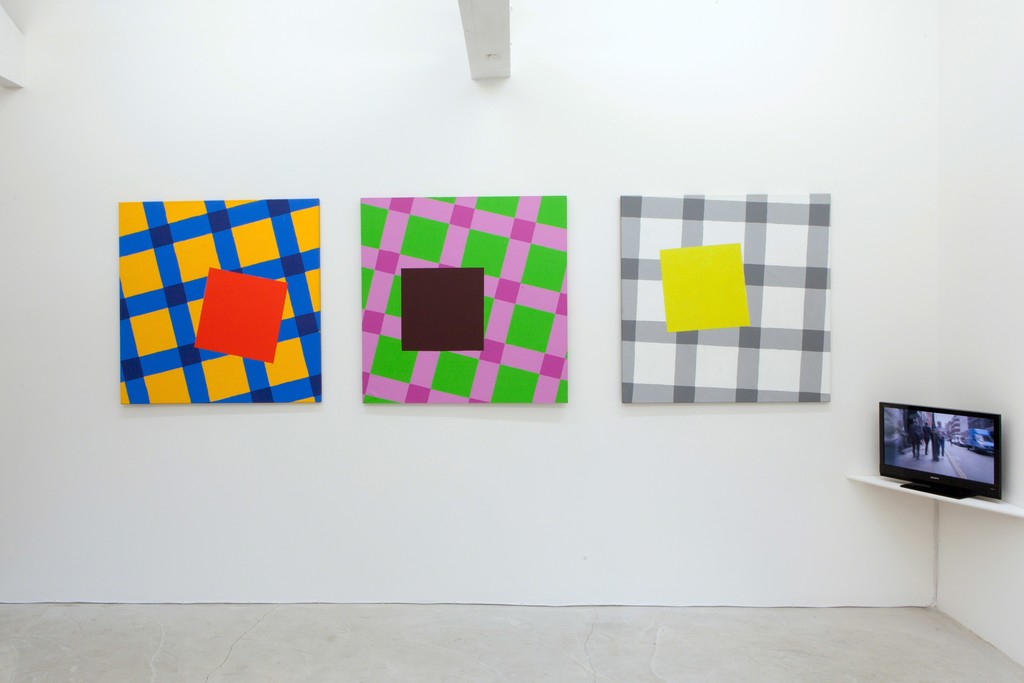 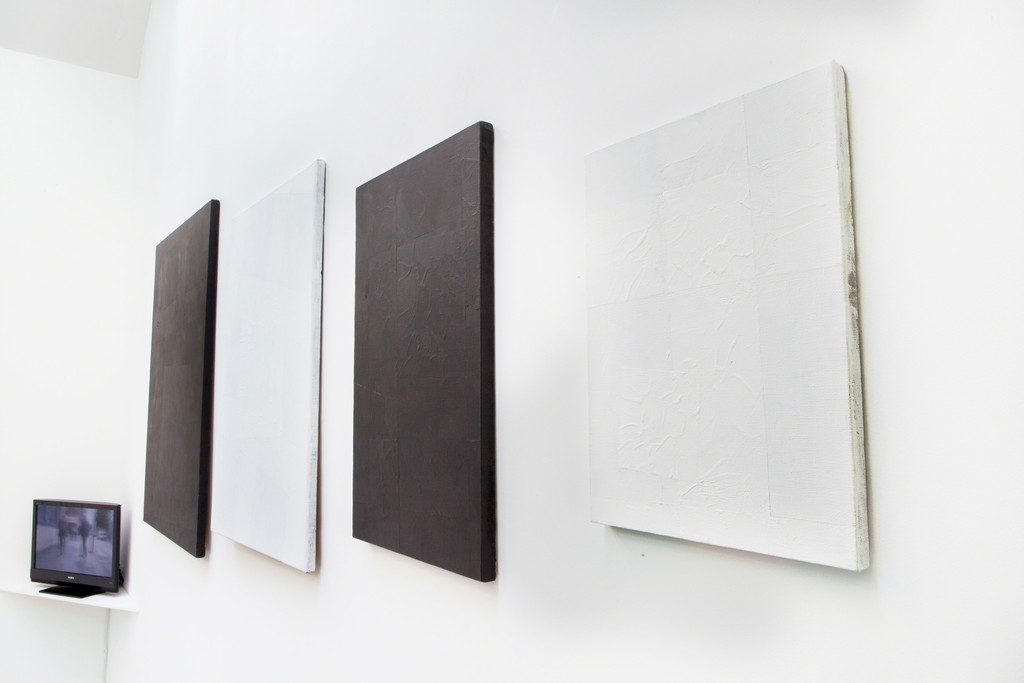 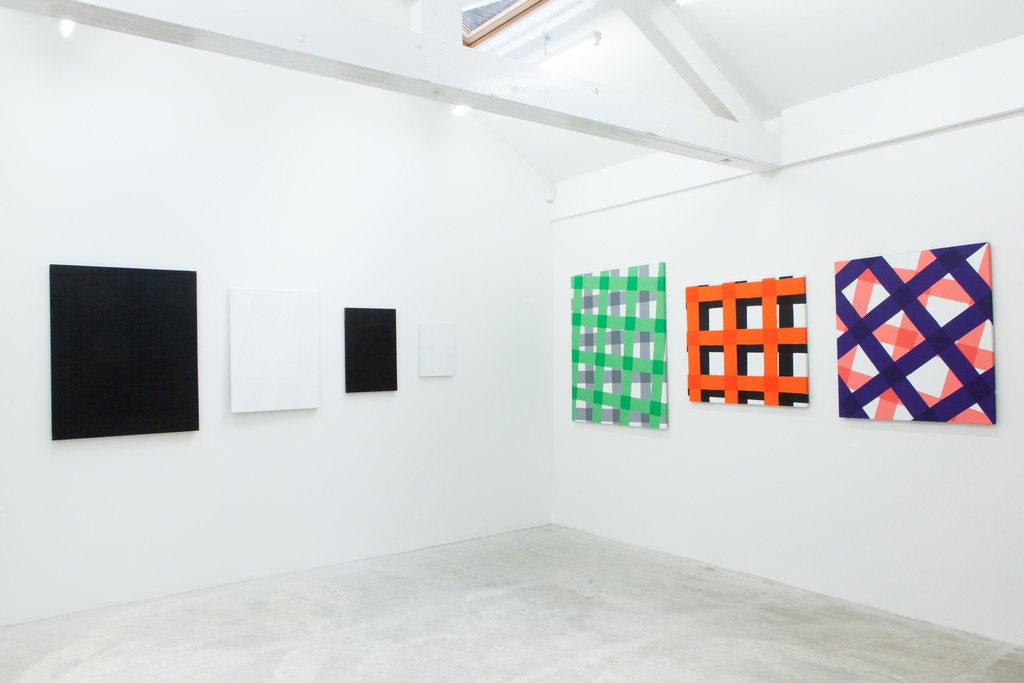 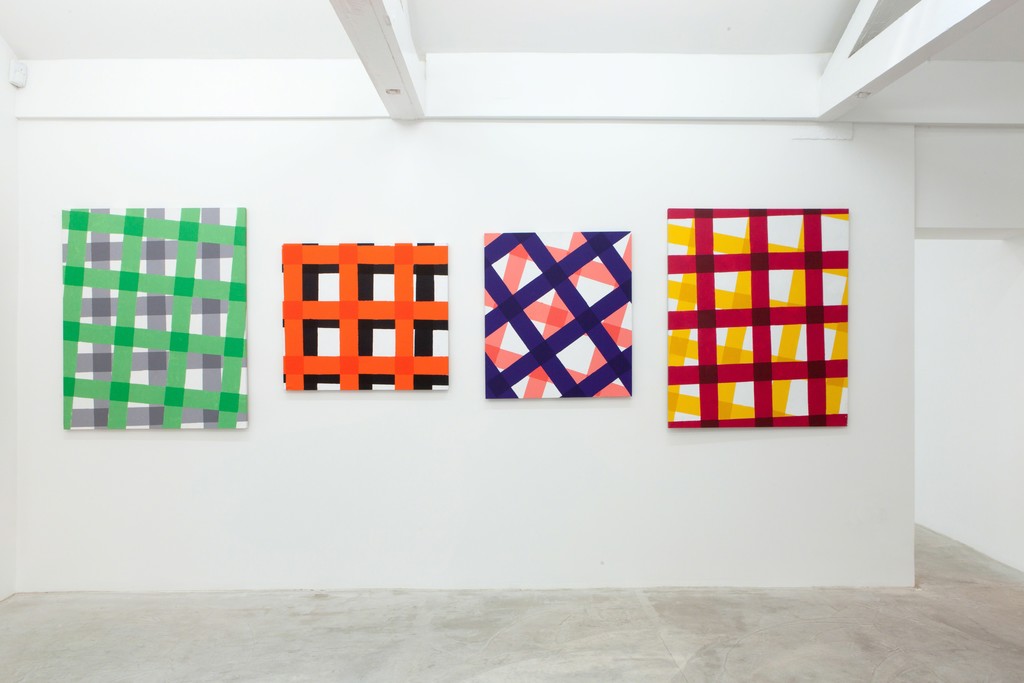 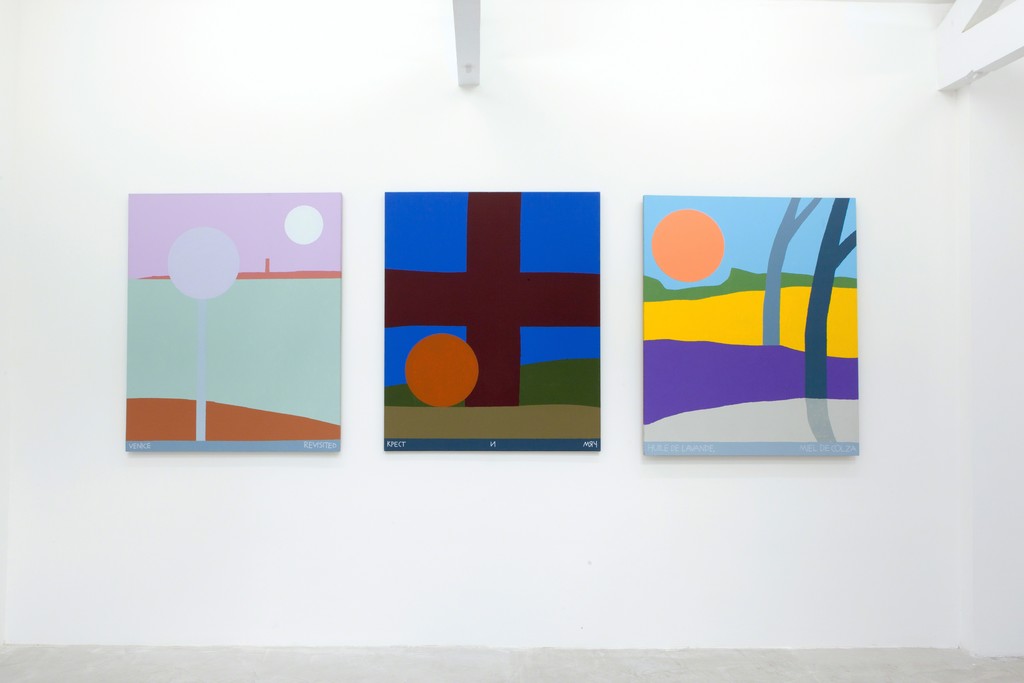 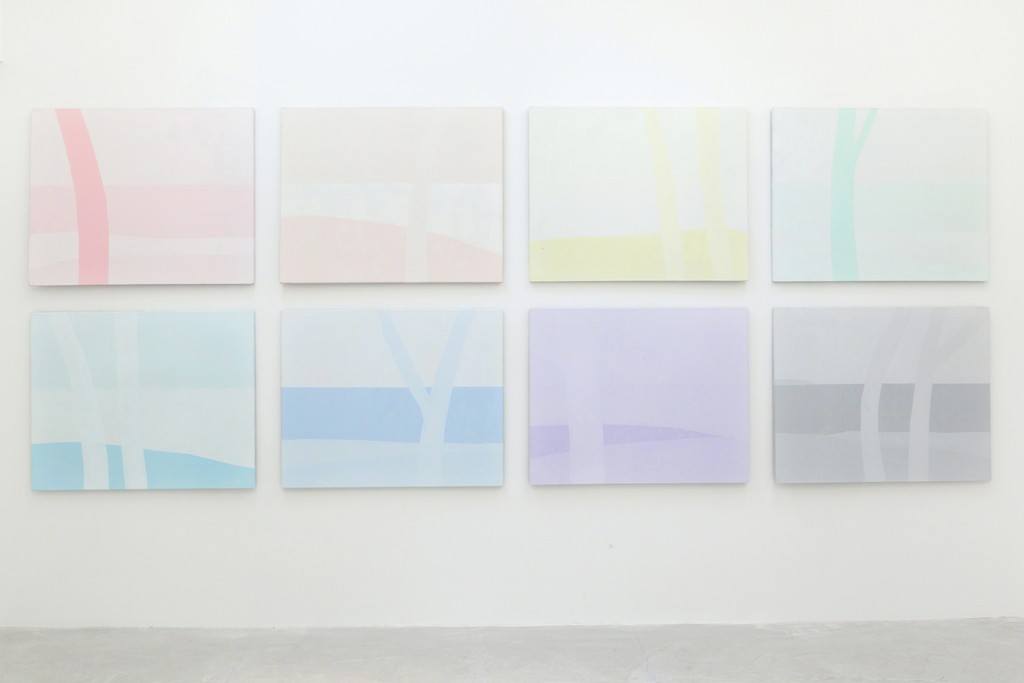 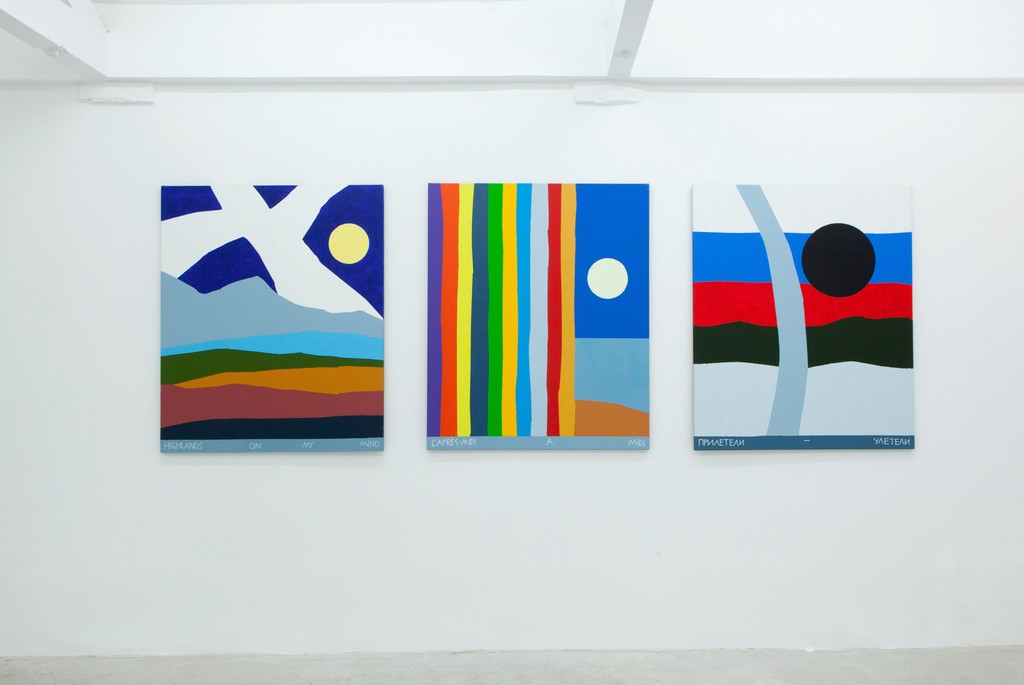 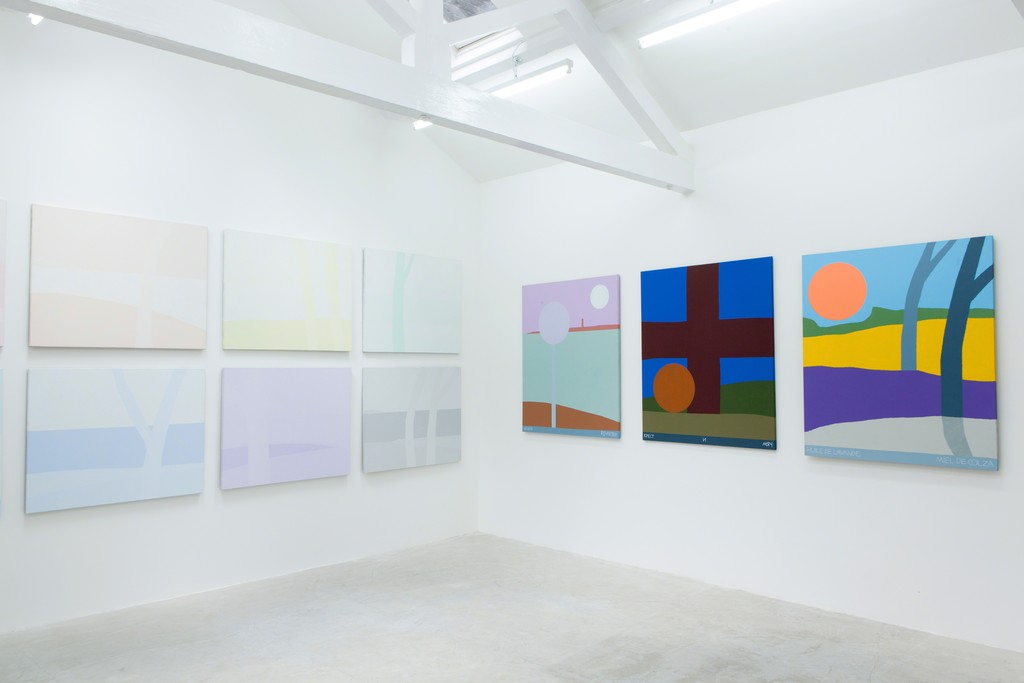 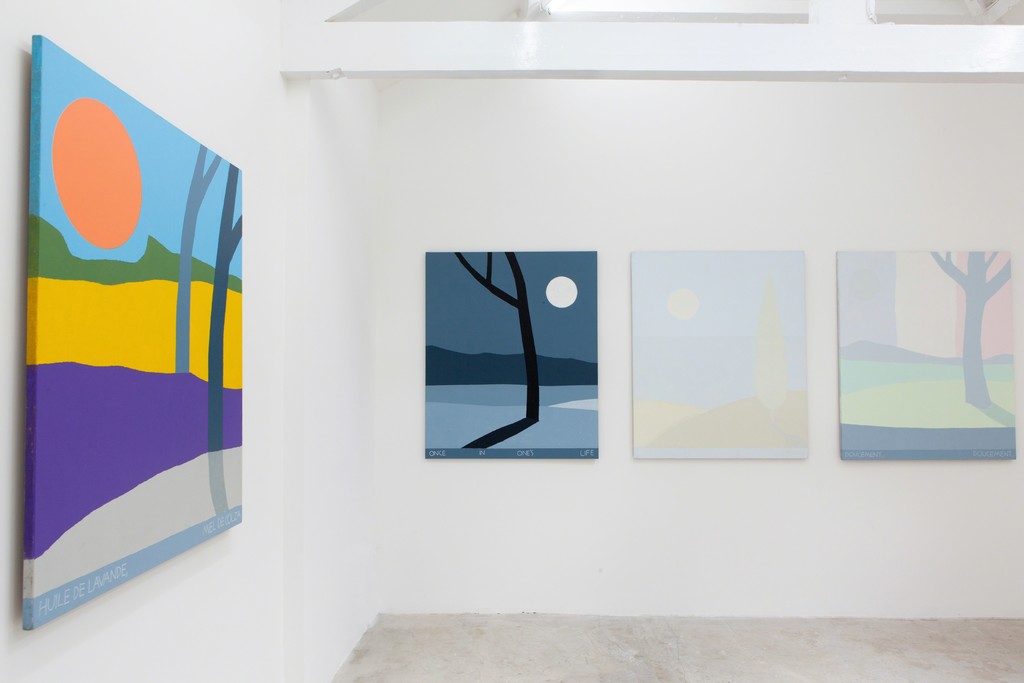 In writing about Nikita Alexeev, it is tempting to try and rise to his level of intelligence to explain the work, but this could be counter-productive. Though he has managed to create the most simple language in painting, it is not a language of explanations. As he writes in the catalogue, ‘a language is not only a way to express certain ideas some structured phonemes, but a way of thinking.’ He is not interested in glib attempts to explain the world, rather he feeds us glancing blows at understanding. ‘This all comes from the man who is probably the most lucid artist to have come out of Moscow Conceptualism.

Alexeev is treated fairly in the survey of recent Russian art, The Family Tree of Russian Contemporary Art, which is at the core of the Garage’s new program in Moscow. Alexeev has been the most consistent and coherent of the Conceptual artists. When in 1991, Andrew Solomon tried to give an idea of the changes in Russian contemporary art in The Irony Tower: Soviet Artists in a Time of Glasnost, the voices of Kabakovs and Erik Bulatov and many others were heard, but the most quoted was Nikita Alexeev.

There are three series of paintings in this show: Landscapes in Three Languages, Disappearing Landscapes and Tablecloths in the Wind. There is a common thread in all three of ‘misunderstanding/understanding.’ Alexeev has taken painting to pieces and is building it up in front of our eyes. Like any other language, he uses painting as a trigger, only a fraction of the communication comes in the actual vocabulary, the words or brush strokes.
In the catalogue accompanying the exhibition, the artist writes the briefest of stories about each series. The curator, Alistair Hicks, has annotated these. The artist has responded to the notes. This approach highlights that art is a continuing process, and one that can originate from the most unpromising of situations. Alexeev writes that he is ‘more into the phenomenon of disappearance than into appearance/development.’ He demonstrates this with a performance, which he has been carrying out in cities around the world. Though Andrei Monastyrski was the inspirational leader of the Collective Action Group, Alexeev was one of the most energetic driving forces of this movement that was at the heart of Moscow’s idea of Conceptualism. With the break-up of the group, Alexeev has continued to make occasional performances himself. For this show, he has made eighty drawings on grey warm paper. You may find them on the street, as well as in the gallery, as he will fly-poster them around London. They will all bear the legend, ‘That’s true in tongues.’ This has a reference to Wittgenstein and of course the Biblical first word, the Logos, but just as important is the way the drawings balance text and image. Echoing the series, Landscapes in Three Languages, the artists has also added ‘That’s true’ in eighty languages, from Papiamento to Russian, form Estonian to Samoan, so as he says, ‘I hope there will be Samoans and Gypsies in the street and gallery.’ The street drawings are sentenced to disappear, but the artist is pursuing an ever elusive ‘truth’ and to engage with it he wants us to do the same. He needs the viewer to fly as the tablecloths did on his visit to Ischia. ‘The table-clothes fell down from the ropes and like enormous butterflies flew into the sky.’