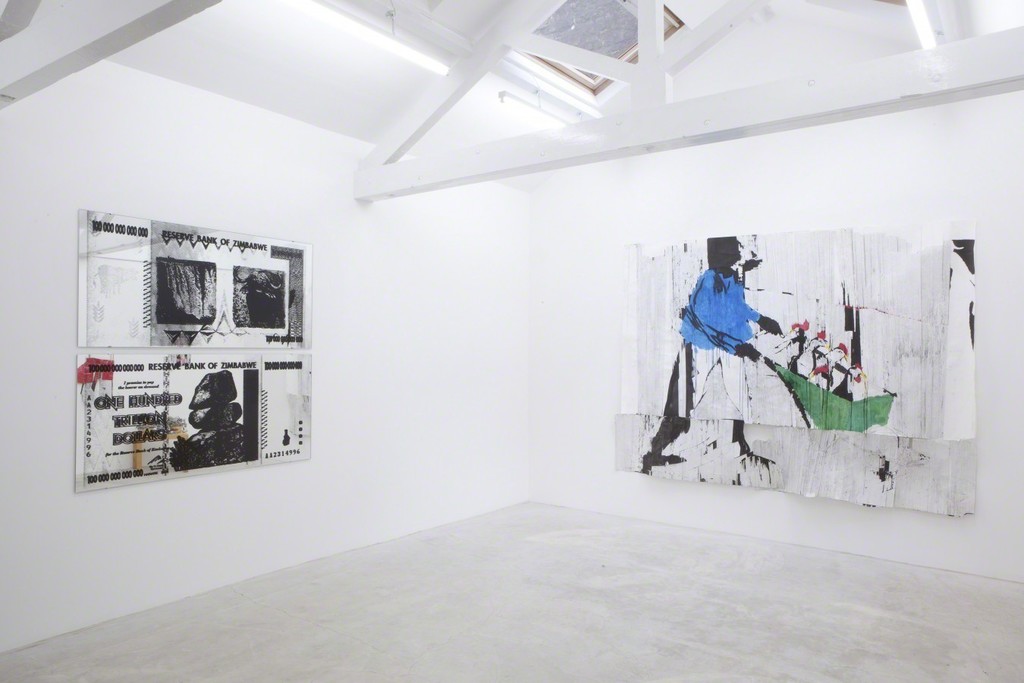 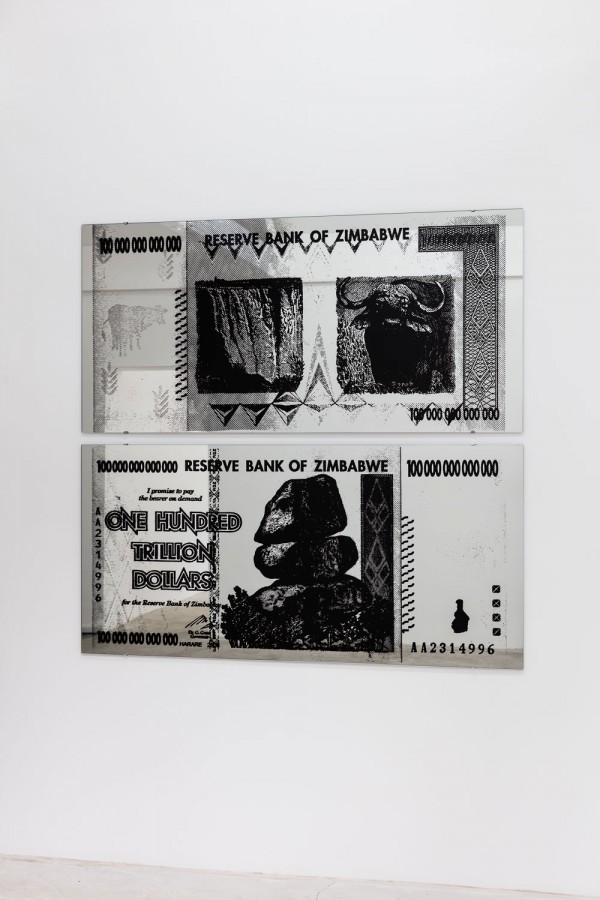 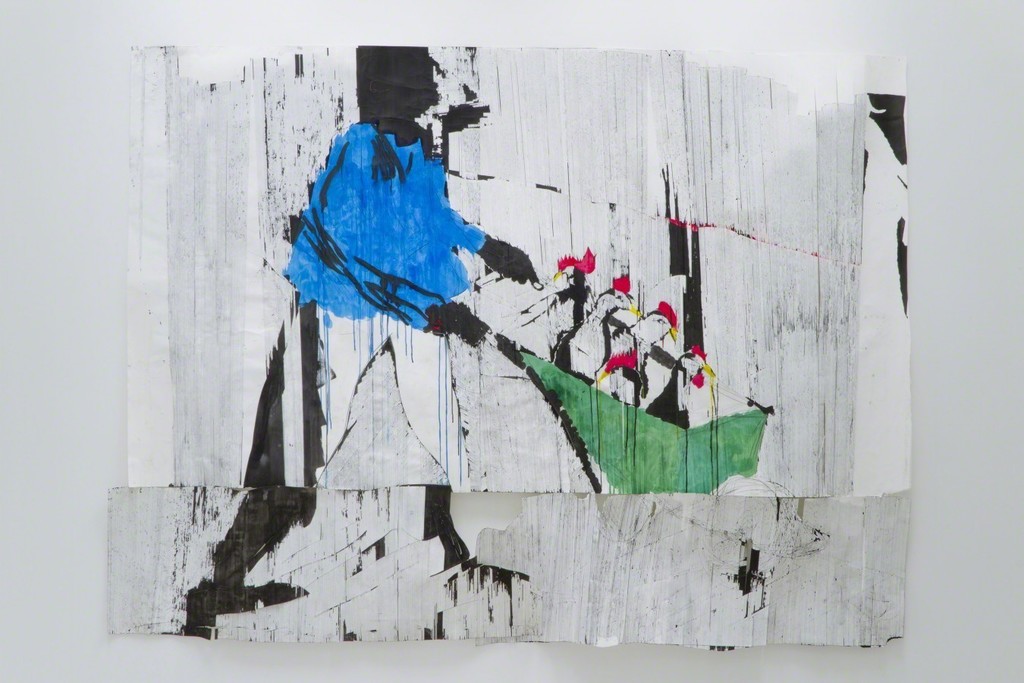 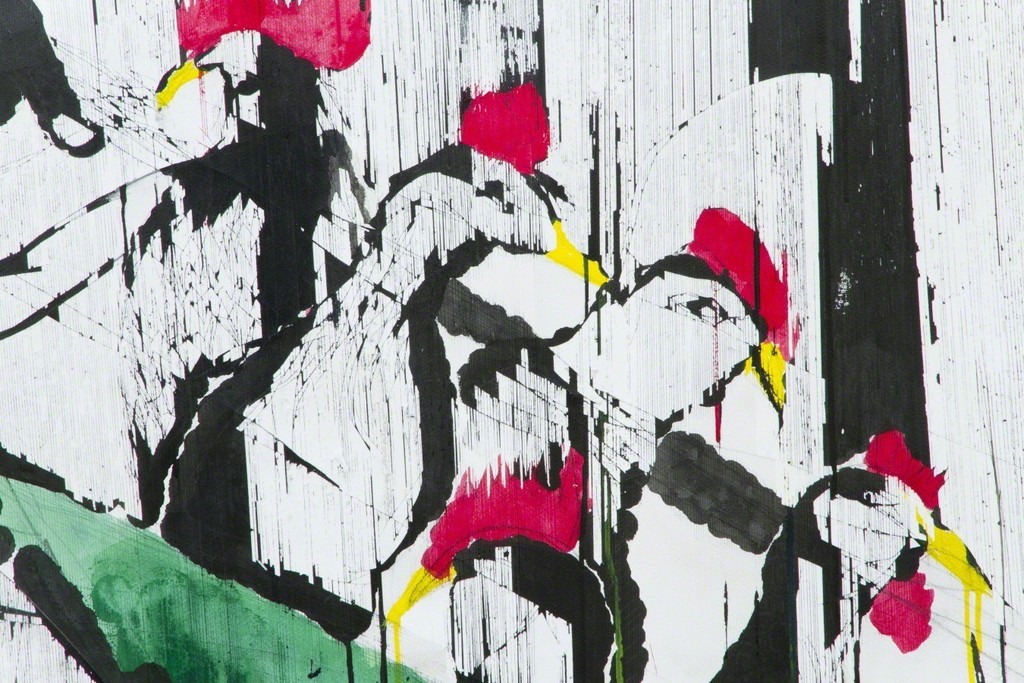 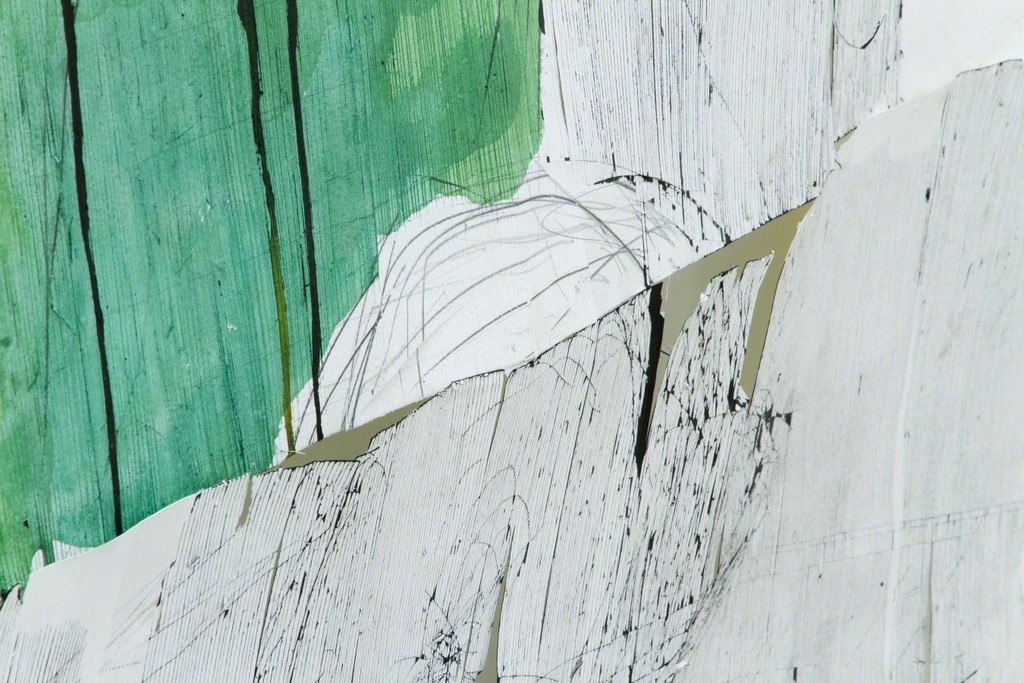 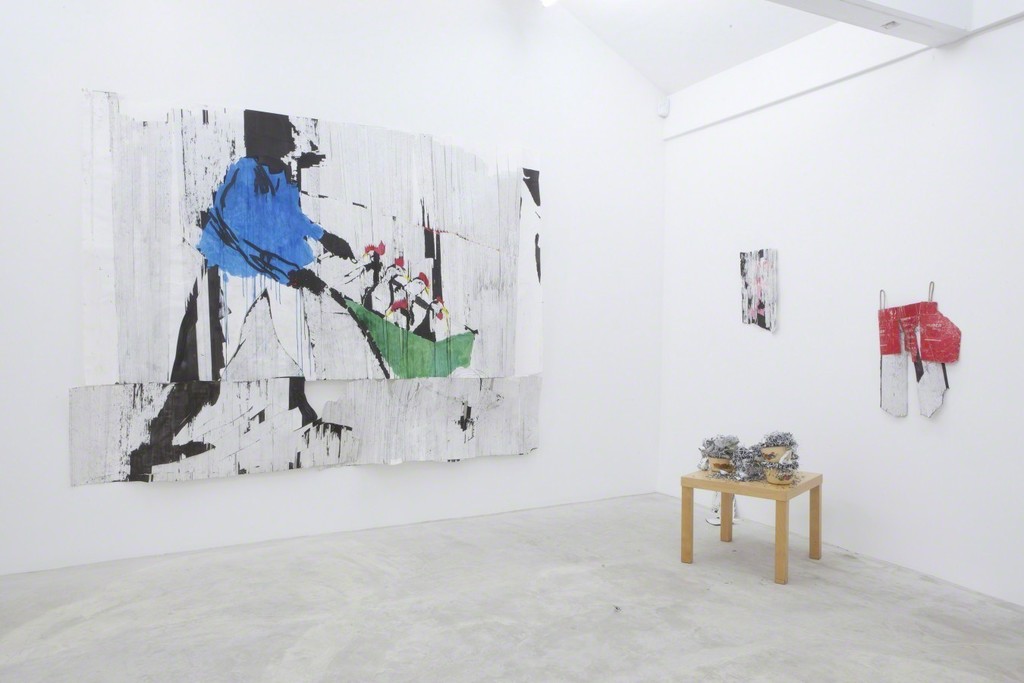 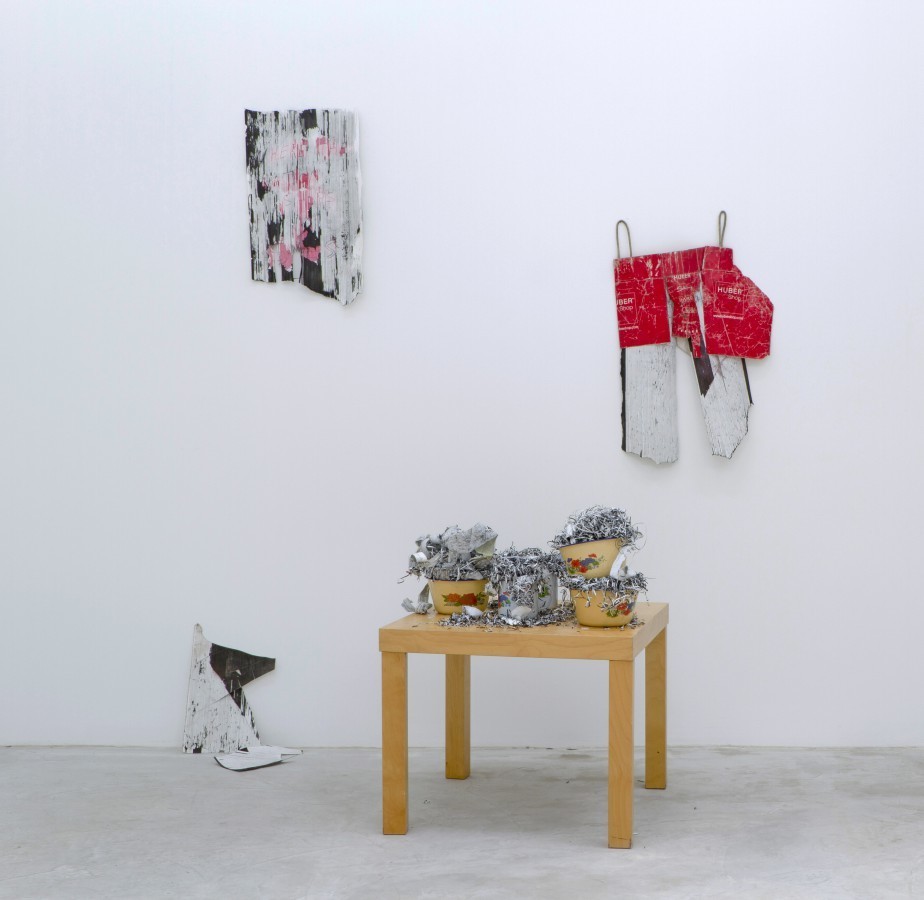 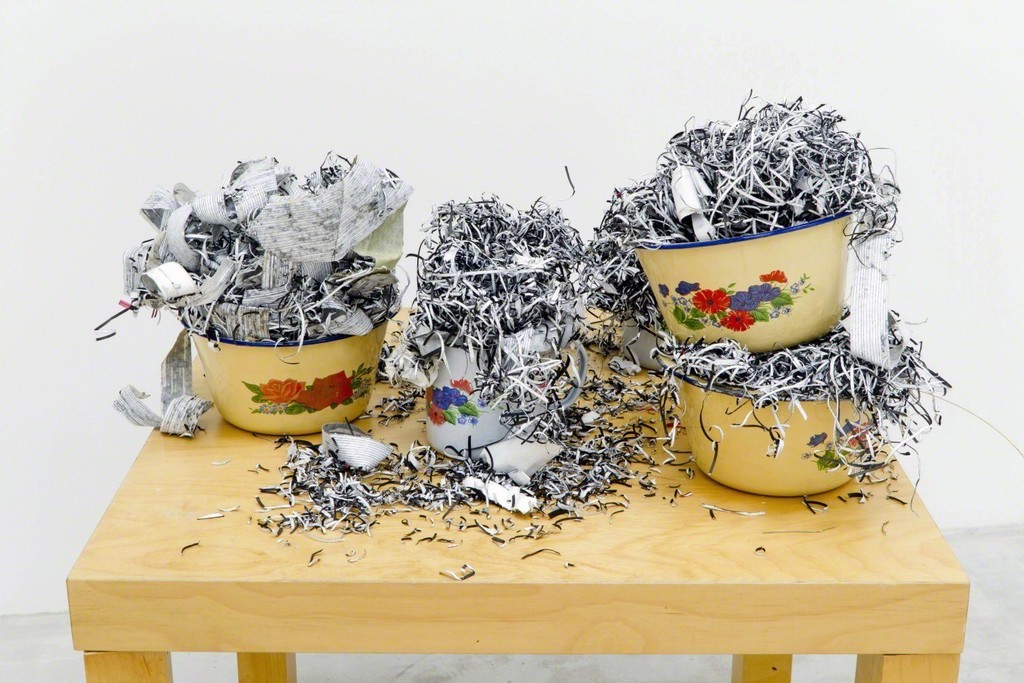 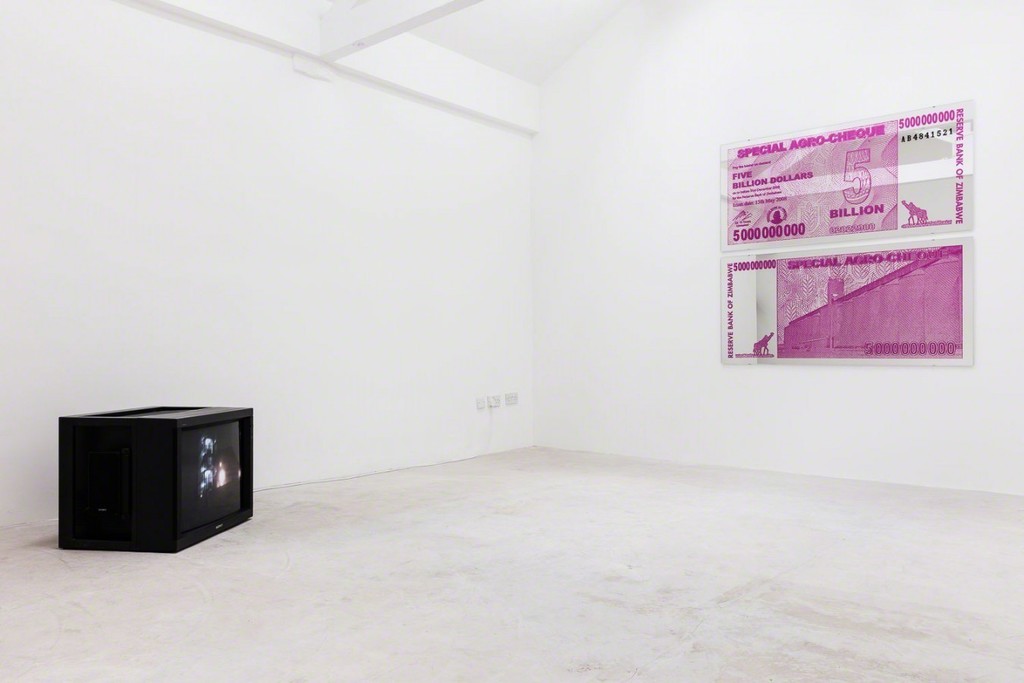 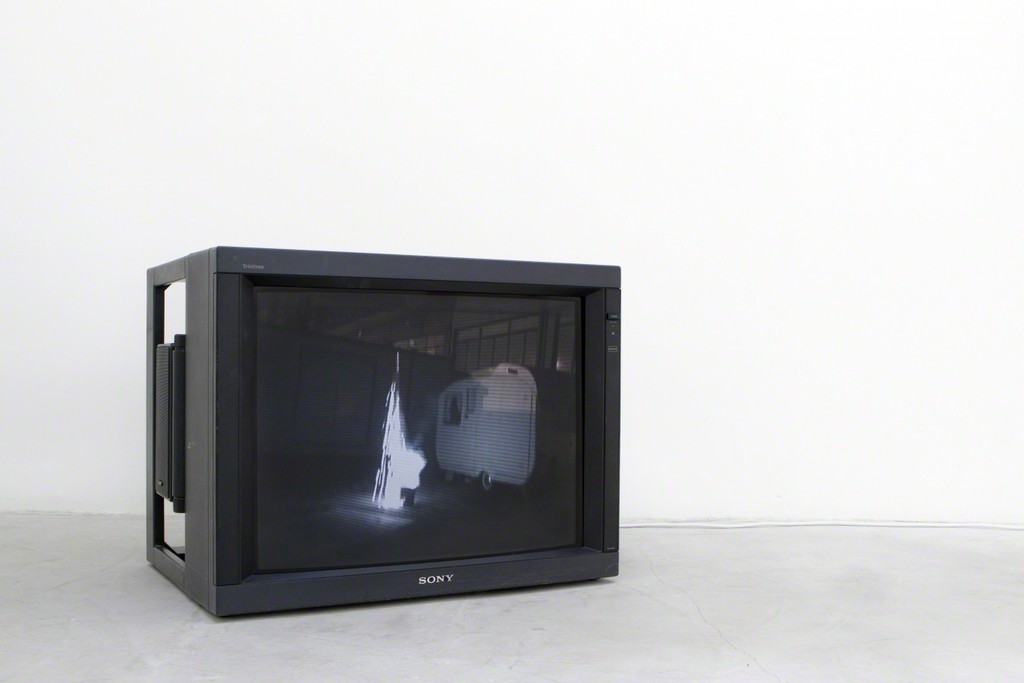 narrative projects is pleased to present Round-tripping, an exhibition of new works by Gareth Nyandoro and Richard Parry. Named after inflationary financial practices where assets are sold only to be bought back again at a higher price, this exhibition frames overlapping ideas two artists have about 'the marketplace' as a site of artistic creation or a perpetual treasure hunt for cultural meaning.

For Gareth Nyandoro, street markets of Harare provide source material and images for works on paper recording increasing frequencies of the imported goods traded from blankets or stalls of their fleeting dealers. These platforms are celebrated in Nyanadoro's collages as fluid public situations where the dynamics of urban space might resonate with wider societal change. Beyond emerging principles of consumption and attendant class systems, Nyandoro observes the fragilities and temporalities of a partially - glimpsed moment, providing form to an ephemeral present.

Since 2009, Richard Parry has been reissuing readymade Zimbabwean paper money in feverish sums including five billion dollars (Art Zimbabwe AB4841521, 2015). Displacing the viewer's own image within a dislocated landscape, such work recirculates its audience as cultural content through a mirrored ground. Part of Parry's ongoing Art Zimbabwe project, his work alludes to deranged subjectivities or biopolitical economies 'emerging'. Similarly, Parry's 'critically-aware firework display' (Not Not Fireworks, 2015), documents a definitive moment in London's market-driven redevelopment at the Elephant & Castle regeneration zone.