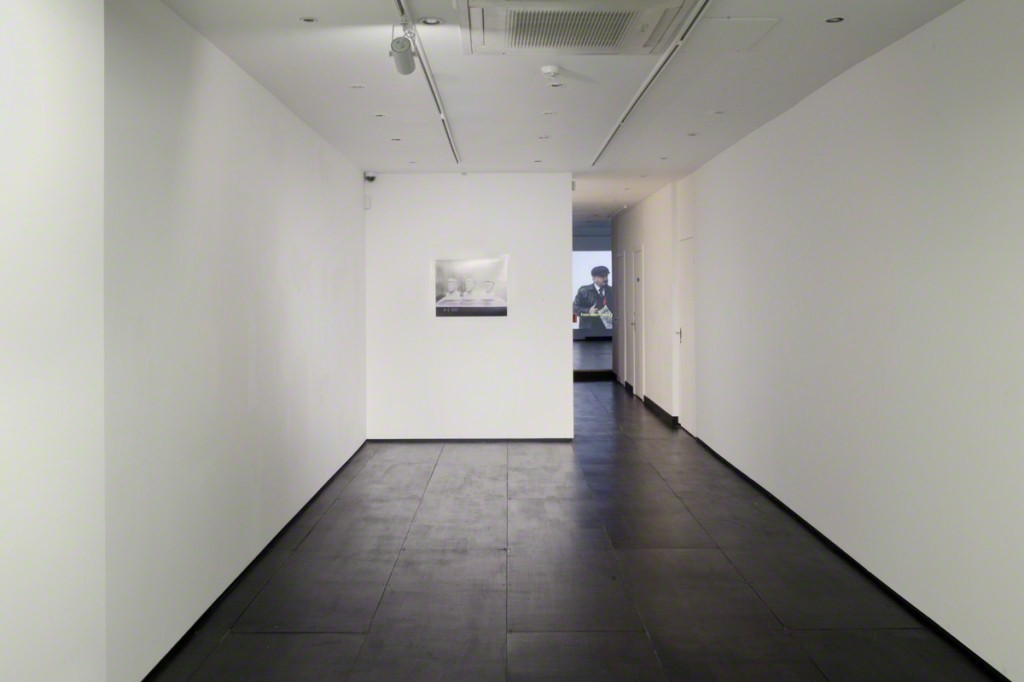 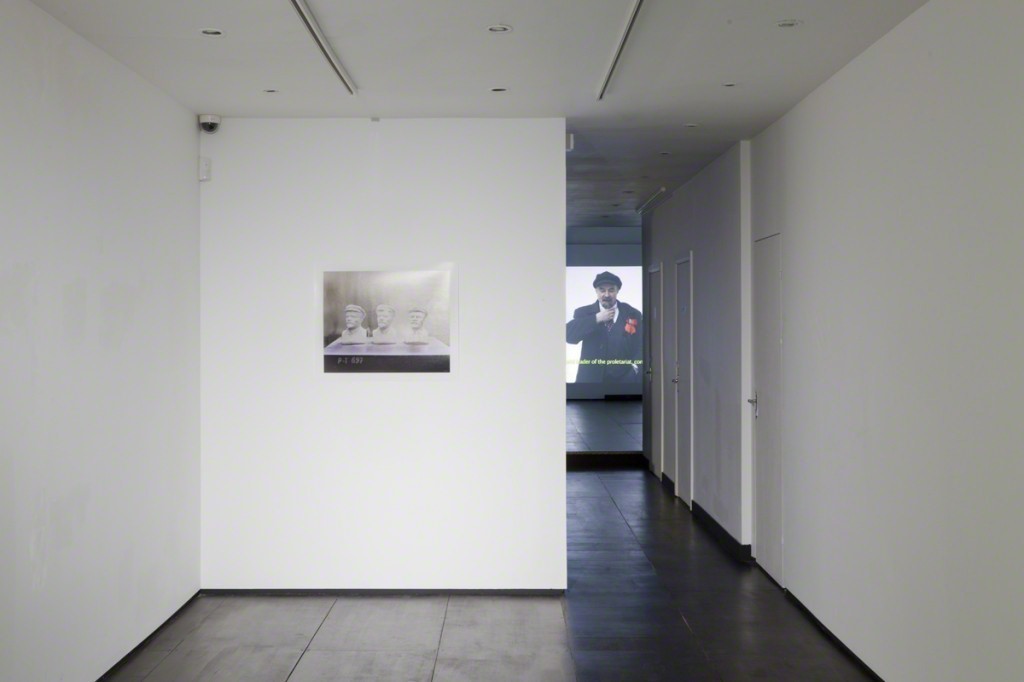 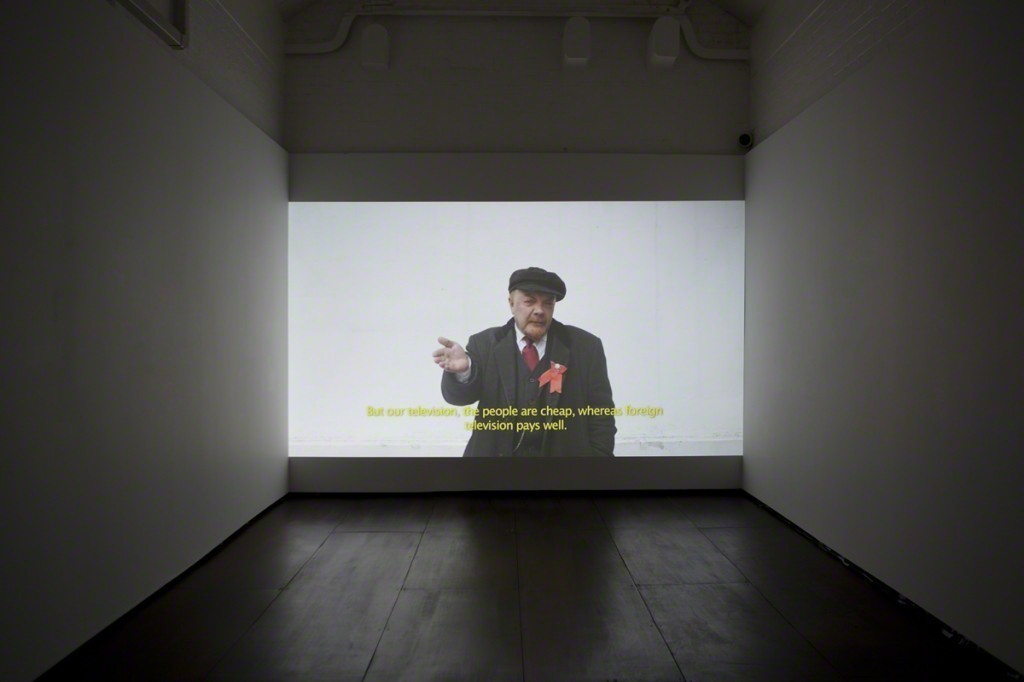 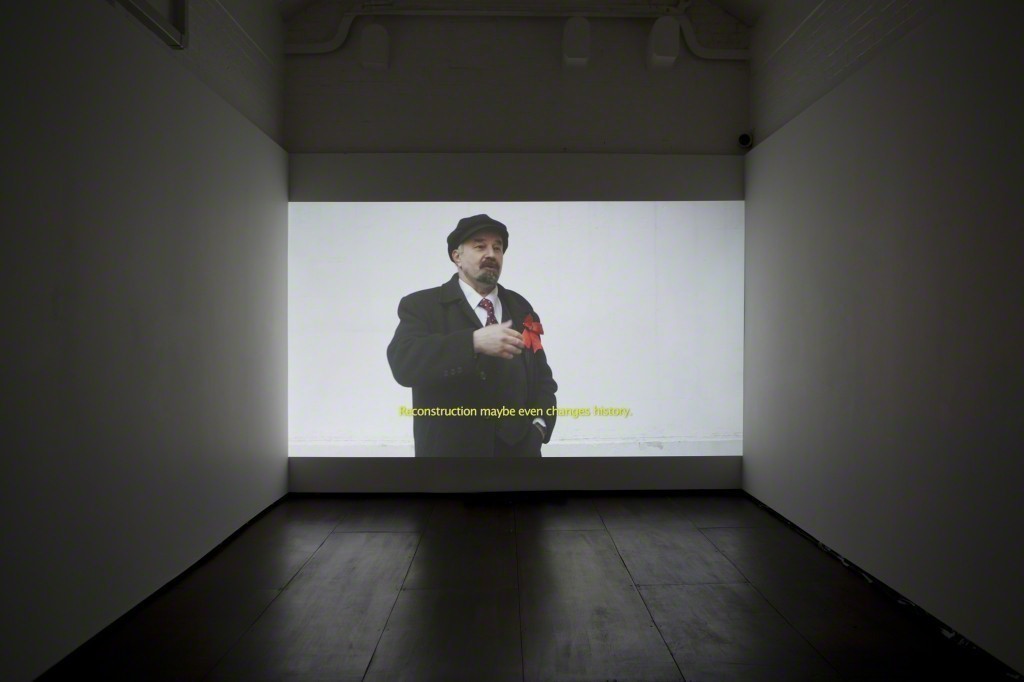 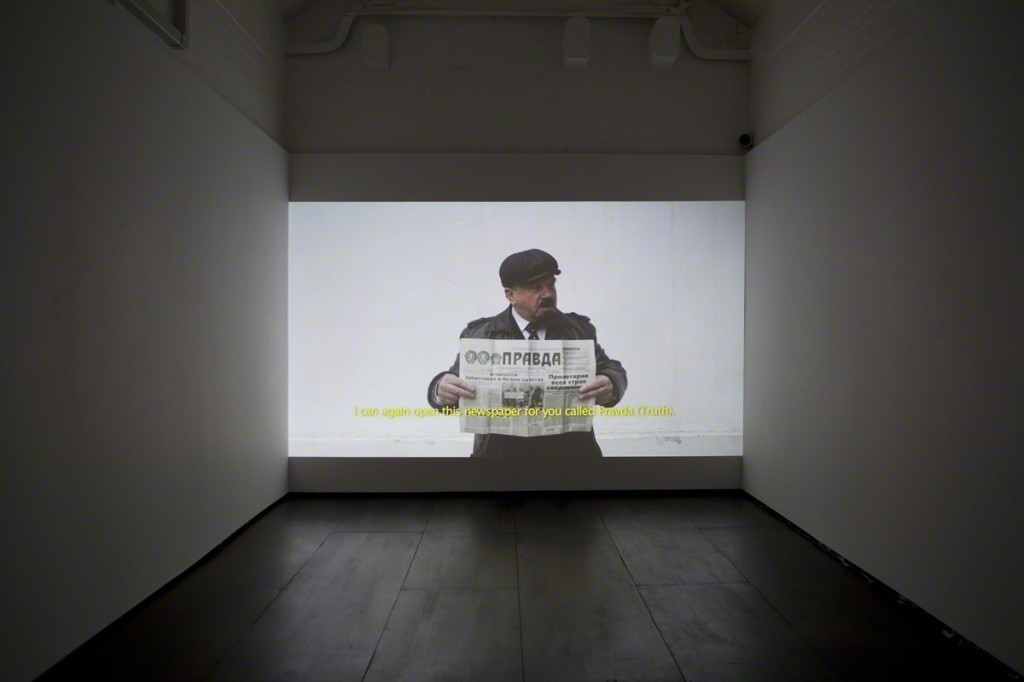 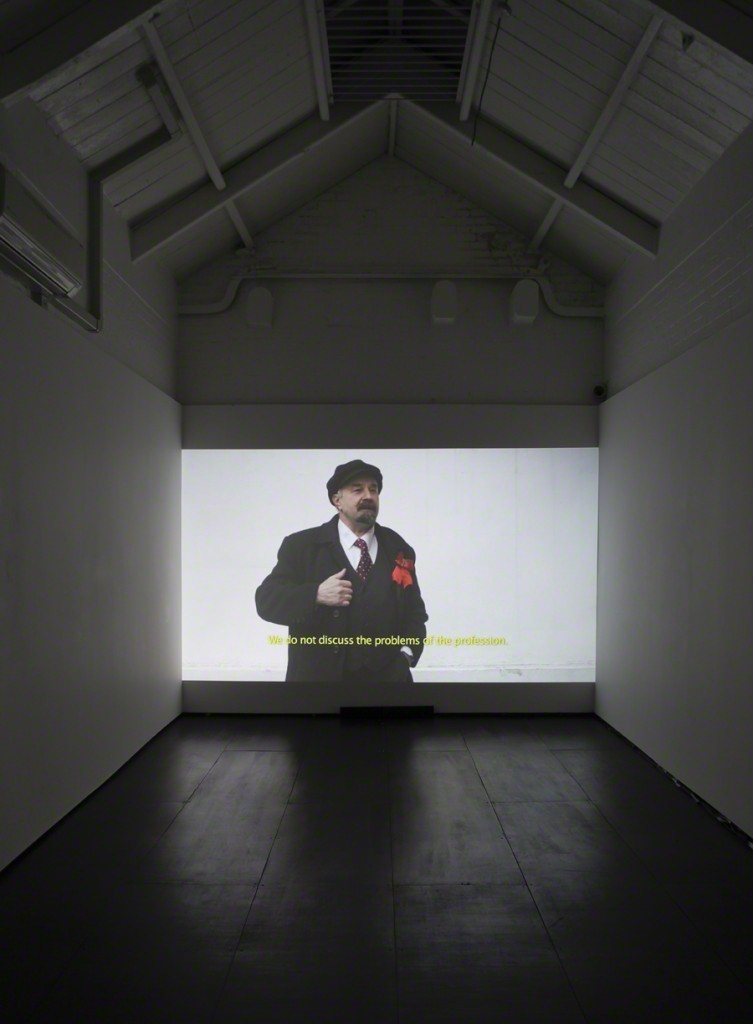 narrative gallery and The Mews Project are pleased to present a screening of a new film by Patrick Hough; the second project in a series of week-long exhibitions, developed in collaboration between the two spaces, and presented at narrative gallery.

In his practice Hough deals with critical questions around cinema and history. Or, more precisely, with how cinematic interpretation of historic events could construct new histories. The artist uses abandoned film sets and props that were made to play the part of ‘historical artefacts’ in various movies to investigate the issues that arise around the institutional mode of representation in cinema. The relationship between ‘the real’ and constructed cinematic narratives is the main conceptual focal point in Hough’s video works.

The new film Those Who Dissolve Into the Future, 2013 was shot in Moscow a year ago. It consists of three interviews with impersonators of Lenin who work in the famous Red Square. For the artist these characters act as a re enactment of history. At the same time, the history they refer to is the cinematic construction of the character of Vladimir Lenin in Soviet cinema. What is also fascinating about these characters is that these impersonators are flourishing under capitalism; all the while the body of the real Lenin, the man who devoted his life to capitalisms destruction, lies entombed in a mausoleum across the square.