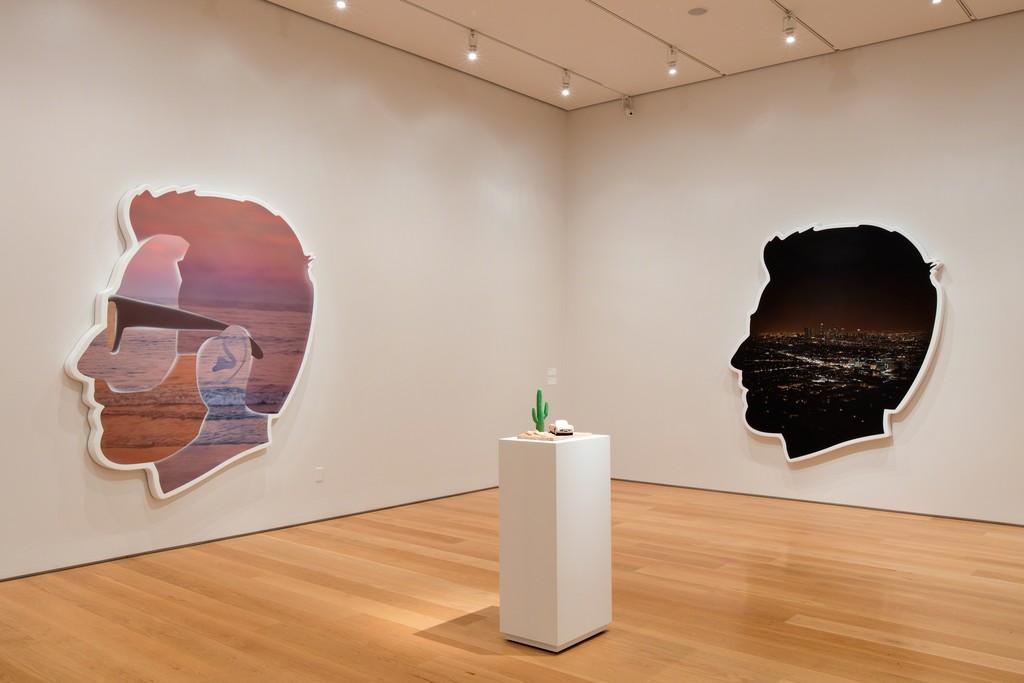 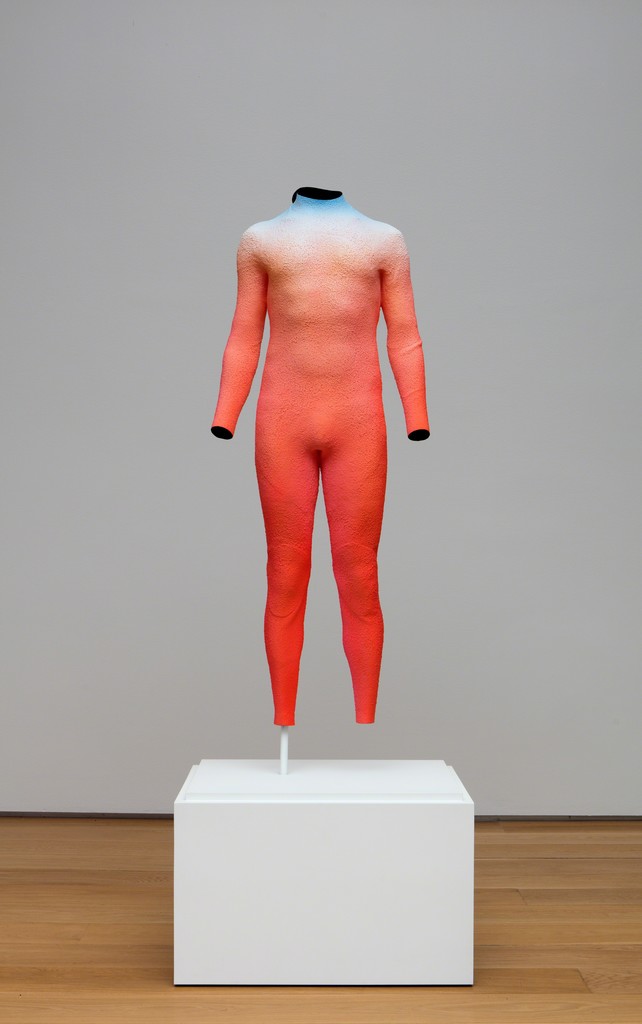 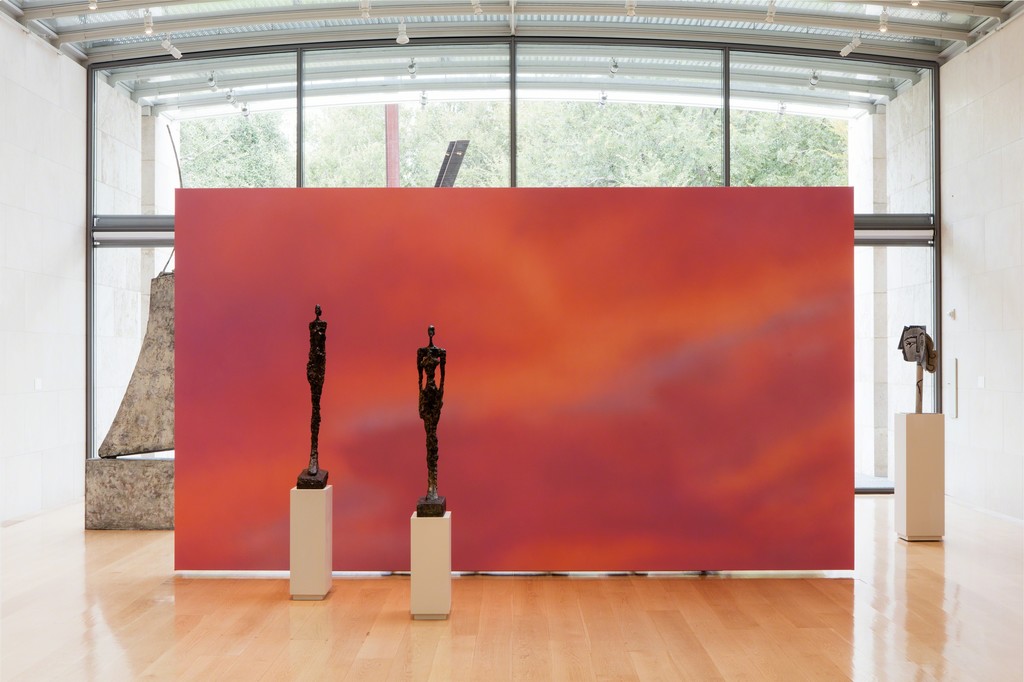 The work of Alex Israel trafficks in the images and cultural eccentricities of his native Los Angeles and in the wider legacy of the readymade. From his sunglass company Freeway Eyewear to his YouTube talk show called As it LAys, wherein he interviews famous and not-so-famous Hollywood personalities in the style of a 1990s daytime talk show, Israel appropriates the iconic pop culture of LA to better understand its pervasive influence. In addition, Israel works with the set production crew on the Warner Brothers studio lot to create paintings of twilight and sunset skies in the manner of those typically used for movie and television studio backdrops. His use of these paintings as walls and sculptural structures within the gallery space creates an arena of theatricality both for the objects he places in proximity to them—often small sculptures derived from the Hollywood lexicon, or actual rented cinema props—and for viewers in the space.

“Alex Israel’s charismatic and nuanced work is at once a playful and deeply insightful look at the impact of the movies on wider culture. Using the trappings of the film industry, from sculptural references to the iconic objects from films to the performative lifestyles of celebrities, Israel compellingly highlights the role of Hollywood in everyday life. We are thrilled to see how he brings this to bear within the Nasher, in dialogue with the Nasher Collection,” says Director Jeremy Strick.

For his Sightings exhibition at the Nasher, Israel will exhibit new sculptures and paintings related to his first feature length film, SPF-18, due out later this year. The work explores the genre of the teen surfing movie, using visual and narrative conventions common to after-school specials. Israel’s installation will also combine new paintings and sculptural objects made in the vernacular vocabulary of Hollywood movies with objects from the Nasher Collection to make quasi-narrative installations within the gallery.