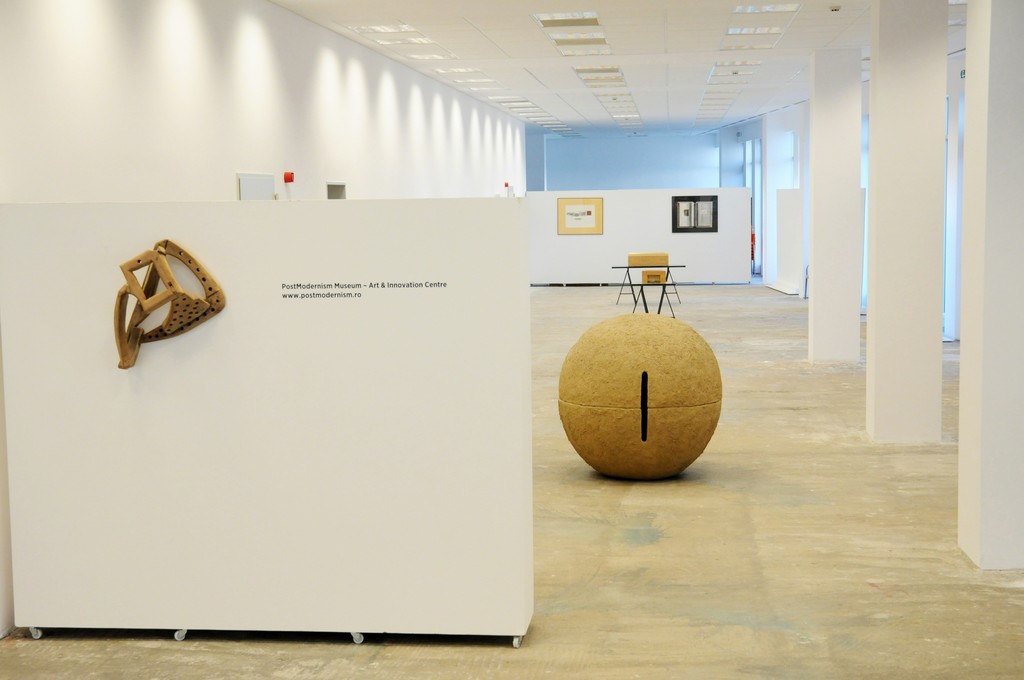 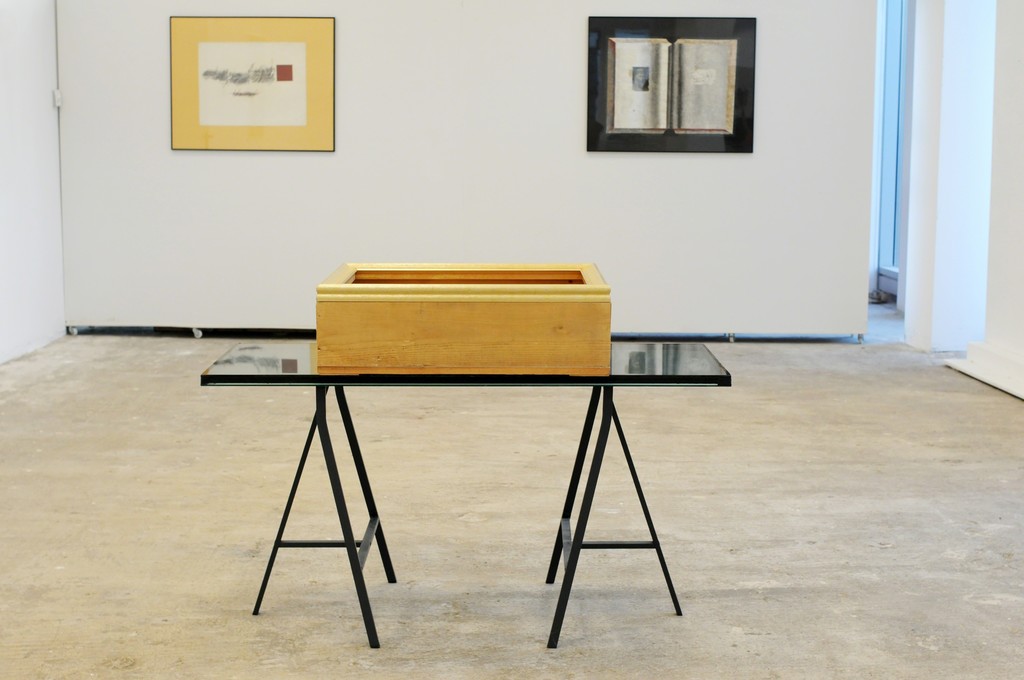 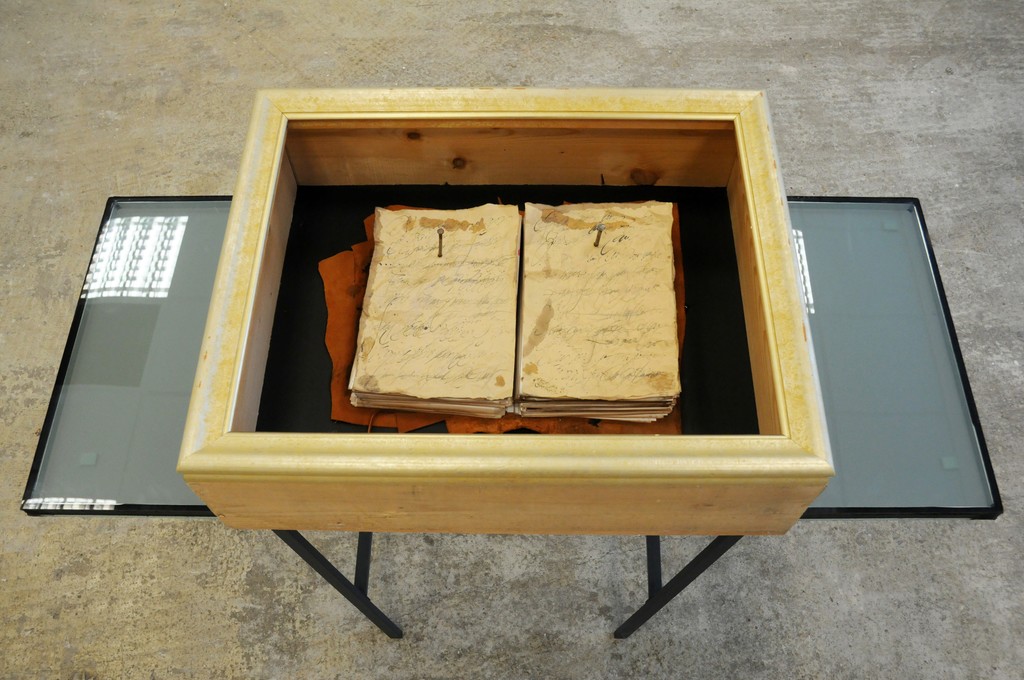 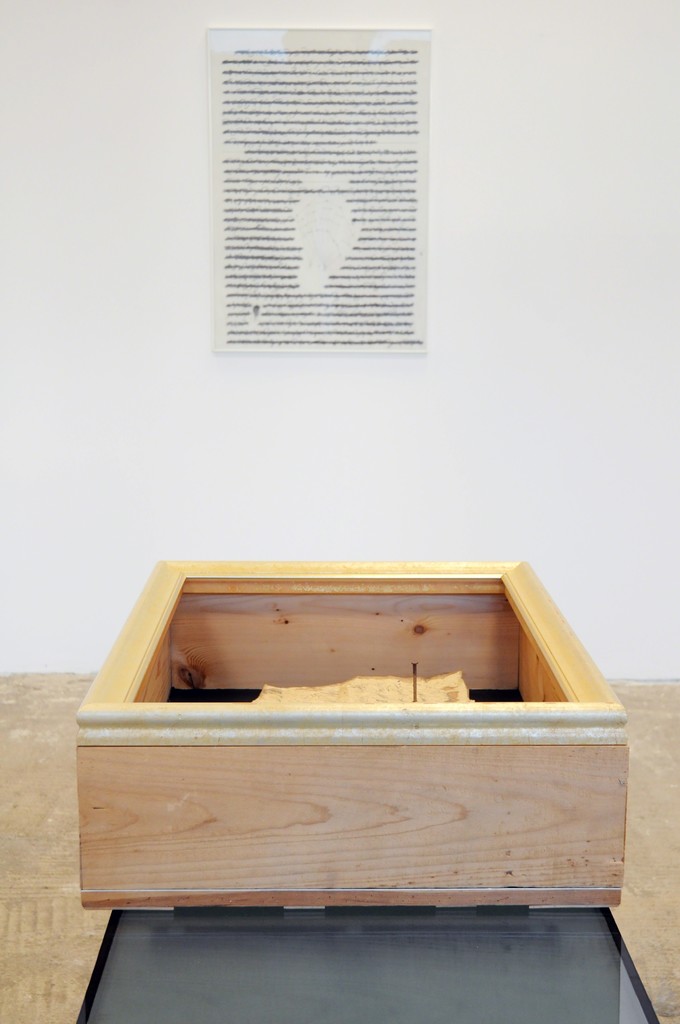 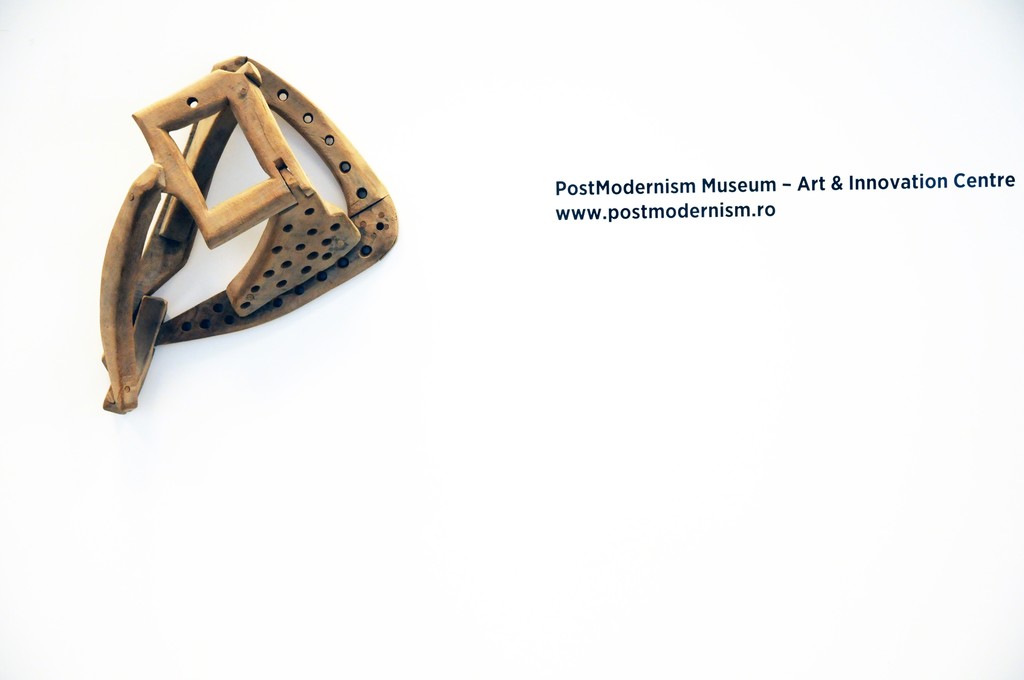 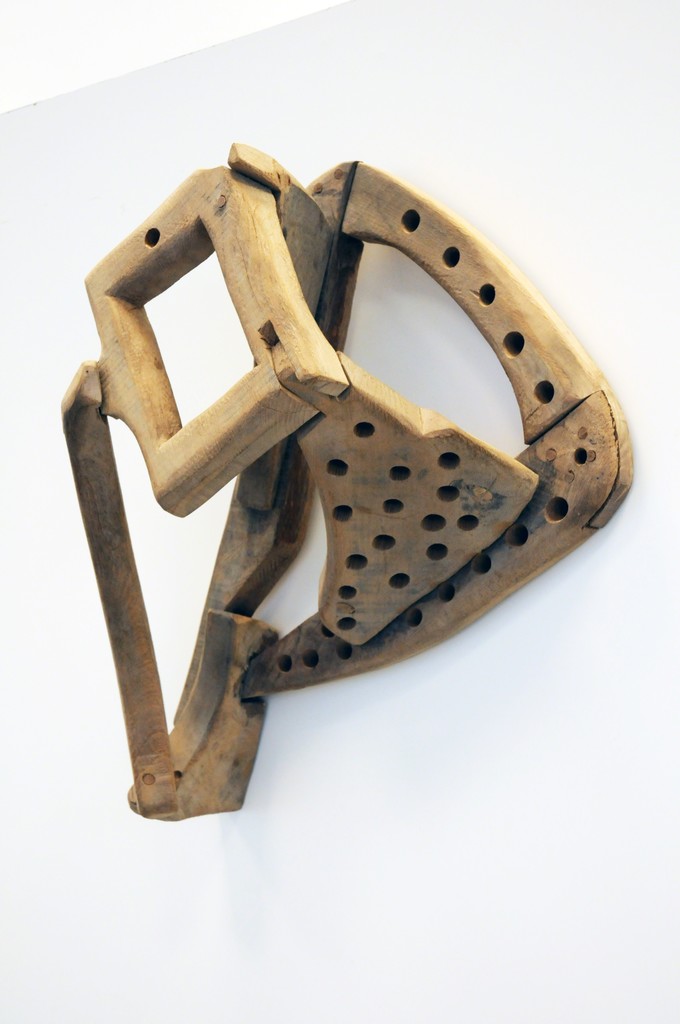 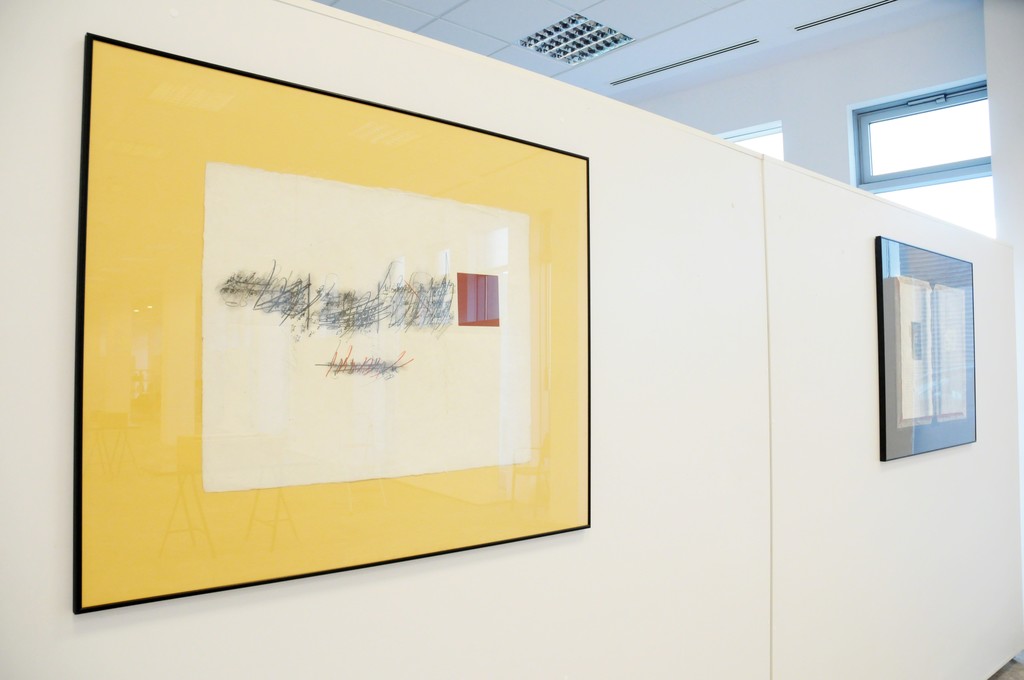 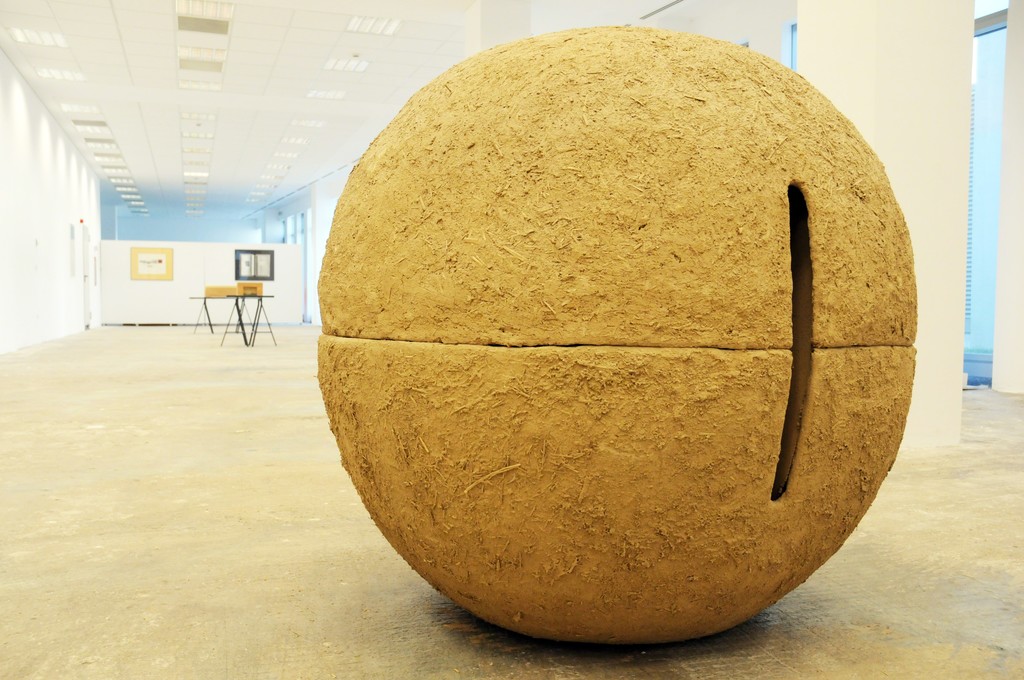 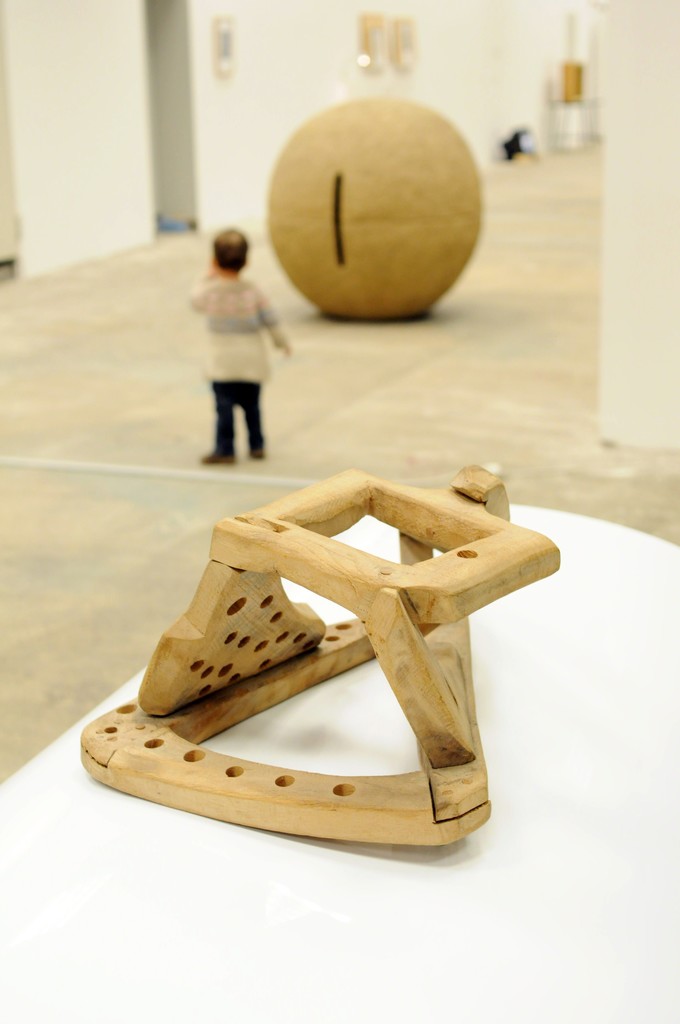 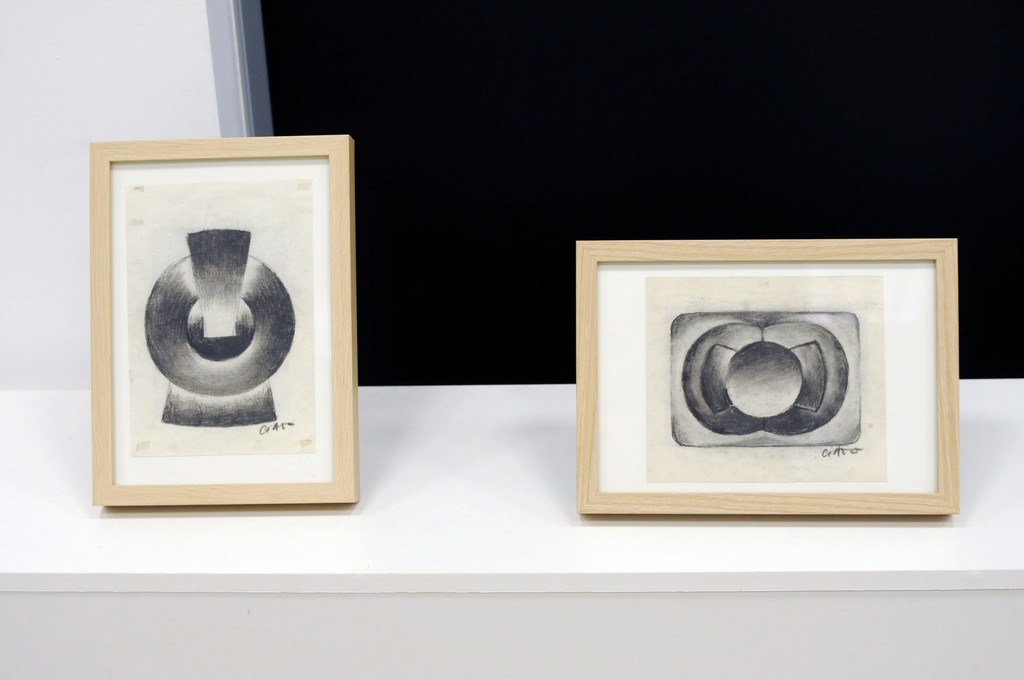 From 1960 to 1970 the Romanian society experienced a short but important political and ideological breach, known as the ”unfrozen years”. This meant opening the country to the Western European culture and values. This period of openness did not last and it was turned off into the two decades of frozen Communism in Romania.
As an art history research project, ”Before & After the Cultural Revolution in Romania: 1971” is presented as a dynamic panorama, including the latest findings in the study.
The artworks and materials in the exhibition are selected out of two private collections: Allegra Nomad Gallery, Efrima Collection, Nasui Collection

Brief historic context
Within the blooming of the new generation after the II World War, Romania has experienced the pop culture in the ’60-es. From Western Europe there were imported newspapers, magazines, perfumes, cloth, cigarettes, beverages, Coca-Cola and chewing gum. In cinemas all over Romania there were presented Western movies. Some famous pop singers and international movie actors were invited to the capital city Bucharest.
In 1962 it was the debut of the famous rock band Pheonix, leading the spirit and ideas of the new generation. Mamaia National Music Festival was launched in 1963 and ”Cerbul de Aur” International Music Festival was launched in 1968, becoming one of the most important festivals of its kind from the Eastern Europe. During the same years, on the Black Sea coast the first night bars had been established.
The release of political prisoners in 1963-1964 was a crucial political act, as it meant both a consequence of the gradual, cautious exit from the demanding tutelage of USSR and a moderate approach to the West.
After 1968, former political prisoners like the writers Alexandru Paleologu, Ion Caraion, Ștefan Augustin Doinaș or Nicolae Balotă were columnist for magazines and newspapers, publishing books, travelling West and some of them signing articles for the front page of the main communist newspaper ”Scânteia”.
This openness, that permitted a relevant important liberalization, closed down suddenly in 1971 with ”The July Theses” (”Tezele din Iulie”) of Nicolae Ceașescu after his Asian tour. As an immediate effect of these theses, the Western cultural model began to be heavily criticized, with the dominant request of going back to the ”healthy” communist models.
Soon after, the mirage of fleeing the country became the single possible option. Those who left the country were part of intelligentsia and models for the young generation: Phoenix band members, the radio producer, journalist and musician Cornel Chiriac, the musician Mihaela Mihai, the theatre director Andrei Șerban, the movie director Lucian Pintilie, the writer and historian of religions Ioan Petru Culianu, the football player Marcel Răducanu, the musician Constantin Drăghici etc.
Among these important figures there were the artists Paul Neagu, who emigrated in London in 1969, and Pavel Ilie, who left to Geneva in 1977. For personal reasons Ion Bitzan never emigrated.
For the Romanian culture and art, this specific period of ”unfrozen years” stages a strong significance and importance for the impact on innovation and for the powerful links which were made between Romanian and the Western culture and art.

Artists
The curatorial flow of the project ”Before & After the Cultural Revolution in Romania: 1971” is illustrated through remarkable artworks of the following artists:

Ion Bitzan (1924-1997)
Since 1964 Ion Bitzan had exhibited widely in Romania, Italy, Brazil, France, Germany, Scotland, The Netherlands, USA, Ireland, Japan, Yugoslavia, Norway, Spain, Hungary and Poland.
Between 1971 and 1997 he was a teacher at the National University of Arts Bucharest, Romania.
In 1980, he exhibited at the Salon de Paris and in the next year was featured within ”Contemporary Art in Eastern Europe” – Osaka, Japan, at the International Drawing Triennale Warsaw and in ”Paper Caper” – Frank Marino Gallery New York. The PS1 Gallery, New York showed a solo show exhibition. In 1983 the Caminul Gallery Bucharest made him a solo show as well. In 1985 The Arts Council of Northern Ireland showed Ion Bitzan Works 1975 – 1985 in its Belfast Gallery.
He represented Romania in the Venice Biennale in 1964 and 1997, and in the Sao Paolo Biennale in 1967, 1969 and 1981.
His works are included in public collections as follows: The Museum of Modern Art, New York; Museum Ariana, Geneva; The Kunsthalle, Hamburg; The Scottish National Gallery of Modern Art, Edinburgh; The National Museum, Poznan, Poland; The Stedelijk Museum, Amsterdam; The Art Museum, Lidice, Czechoslovakia. In Romania, his artworks can be found in several museums in Iași, Galați, Craiova, Constanța and The National Museum of Art Bucharest.
Bitzan artworks are part of many private collections in Romania, Germany, The Netherlands, France, Italy, USA, Northern Ireland, England and Scotland.

Pavel Ilie (1927-1995)
Romanian-Swiss artist, Pavel Ilie participated in Biennale Nürnberg, Konstruktive Kunst: Elemente+Prinzipien, 1969. He participated in Edinburgh Festival with solo exhibitions in 1970, 1971, 1973, invited by Richard Demarco. In 1975 he achieves the Prize for Painting from the The Romanian Artists Union. Starting with 1960 and until he left, Pavel was a teacher at the National University of Arts Bucharest, Romania.
In 1977 he left Romania to Switzerland and in 1989 he became Swiss citizen. Starting with 1977 till 1993 he taught art at College de Saussurf Geneva. In 1994 he moved to Montreal, Canada where he passed away in 1995.

Paul Neagu (1938 –2004)
Paul Neagu had lived and worked in UK since 1969, when he left Romania.
His works can be found in many public collections, amongst which are The Arts Council of Great Britain, The National Museum of Art Bucharest, The National Museum of Modern Art Tokyo, The Philadelphia Museum of Art, The Scottish National Gallery of Modern Art, The Tate Gallery London, The Victoria and Albert Museum London.
Important contemporary artists, such as Antony Gormley, Anish Kapoor, Rachel Whiteread, Tony Cragg, were among his students and they all assert the importance of the artistic paths of exploration that Neagu opened for them.

///
Research and exhibition programme
The curatorial project ”Before & After the Cultural Revolution in Romania: 1971” is part of DARE – programme of Documenting, Archiving, Revaluing and Exhibiting the art produced in Romania in 1945-1990.

In 2015 PostModernism Museum has initiated a 5-year programme of Documenting, Archiving, Revaluing and Exhibiting the art produced in Romania in 1945-1990, named DARE. The programme consists of a series of researches analyzing the relationship of Romanian artists to different political ideologies and social climates within the historic periods post-war and communist, 1946-1989. So far, no private or public institution in Romania has assumed an initiative of research recovery for this historic period of time.