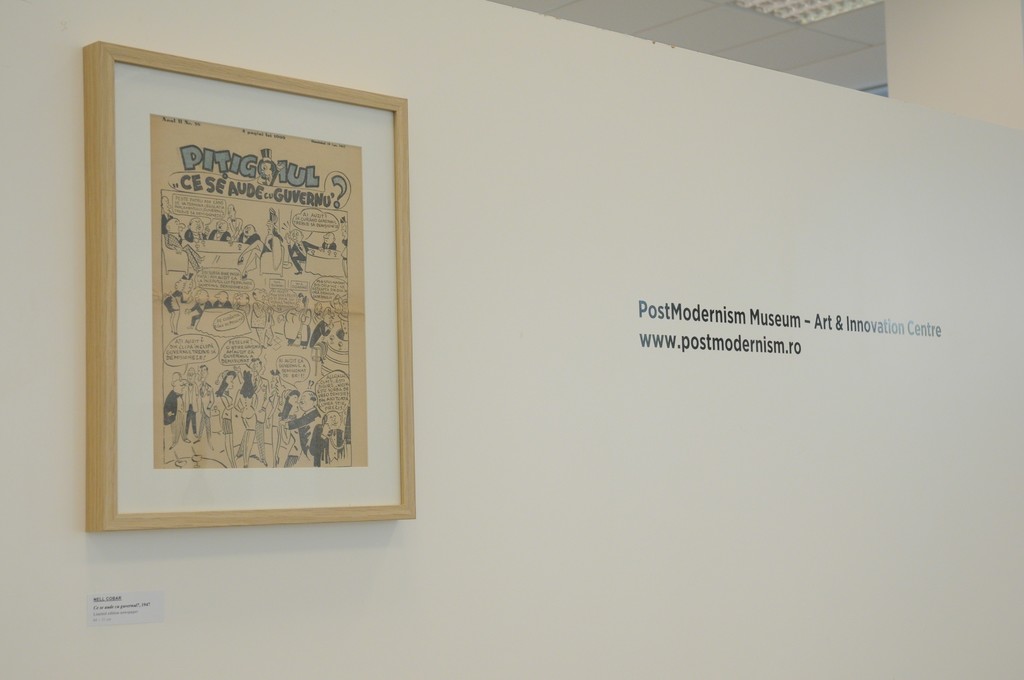 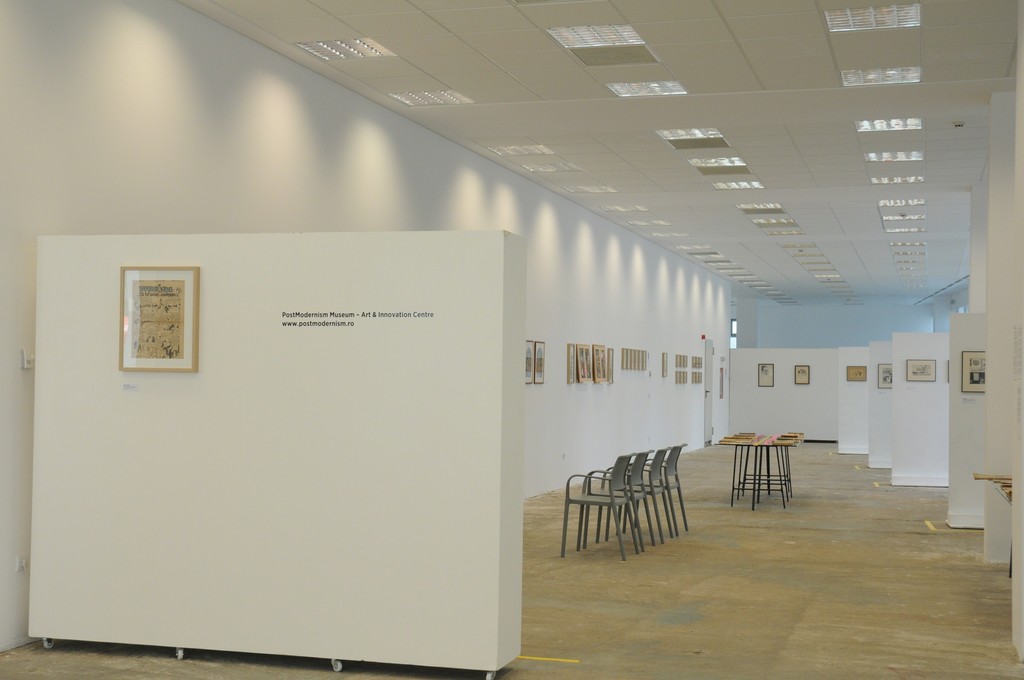 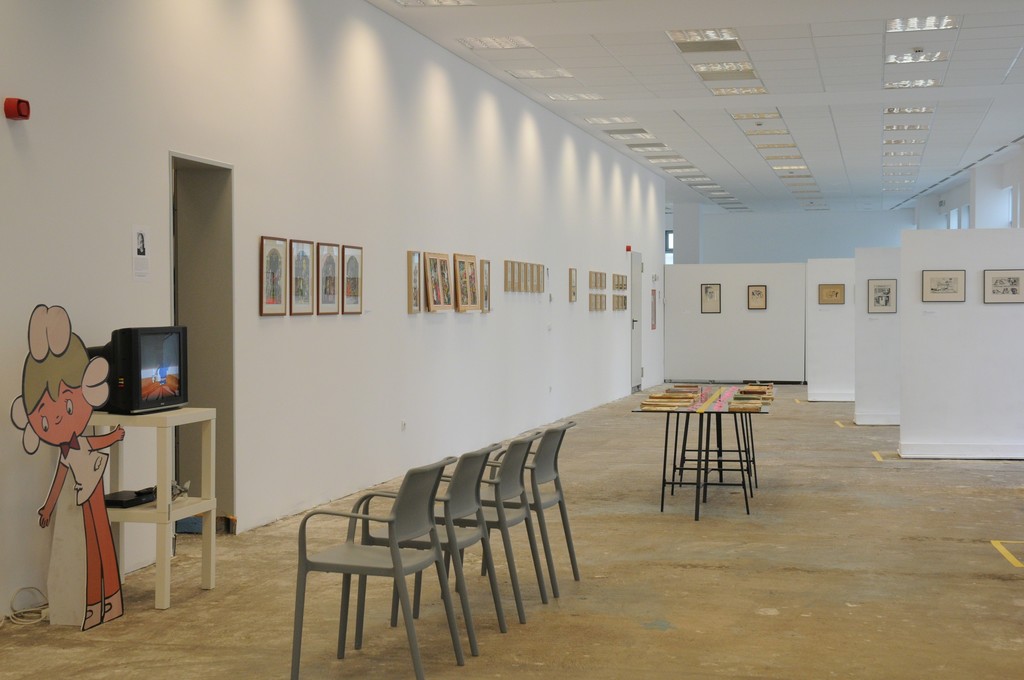 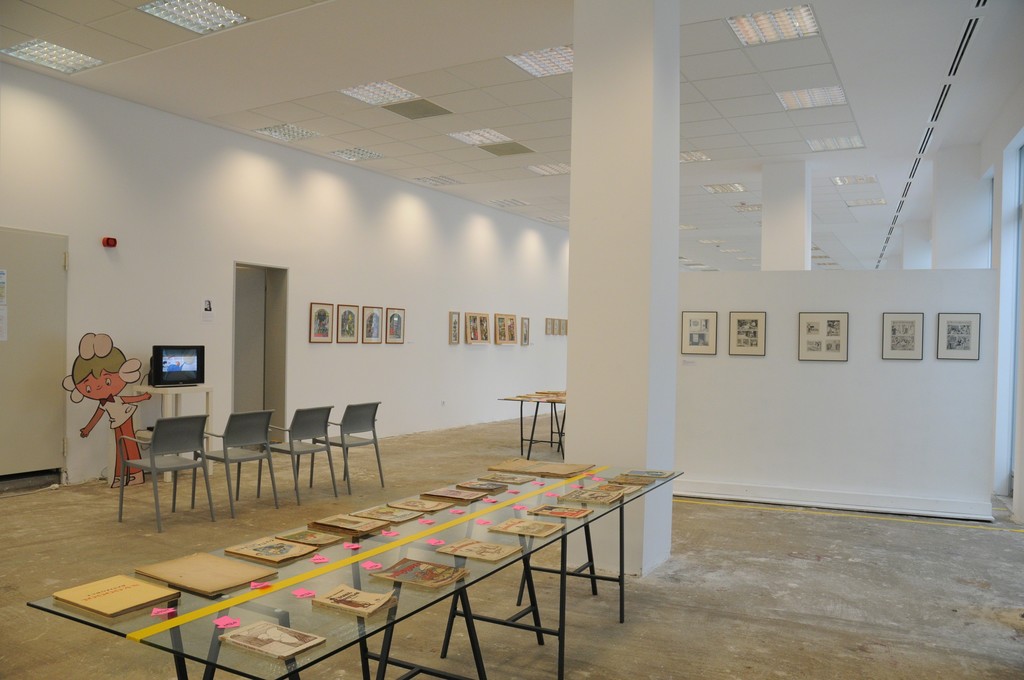 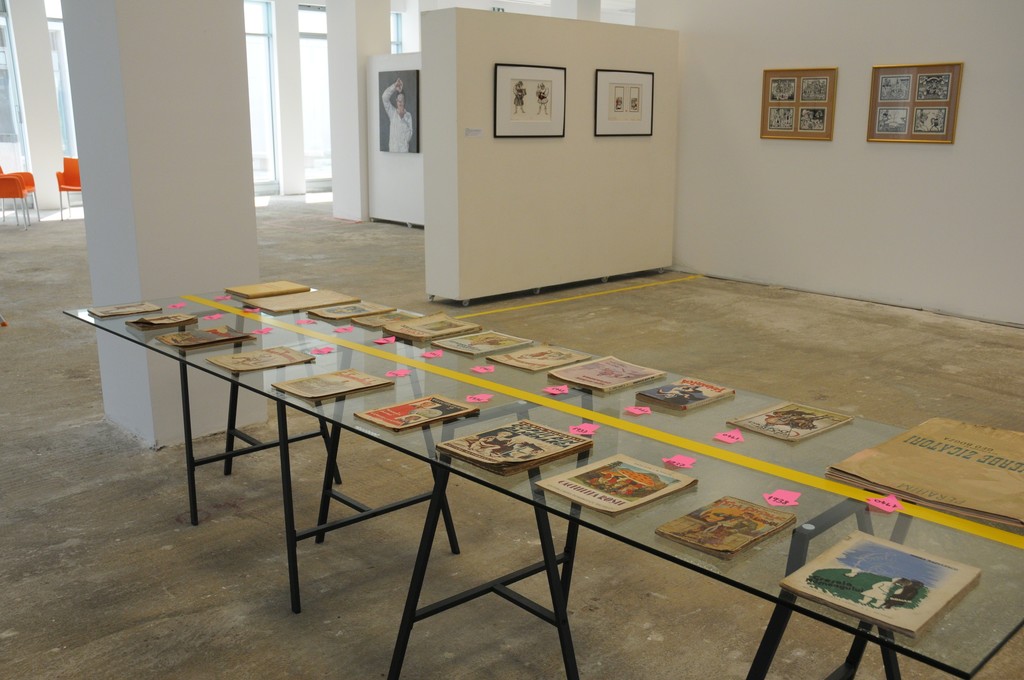 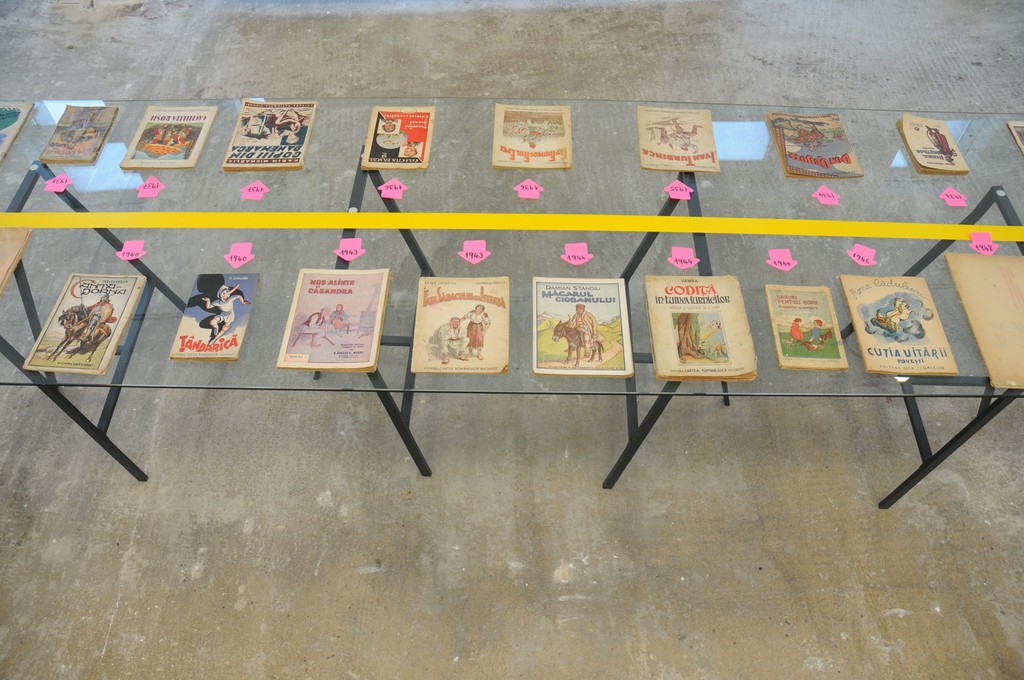 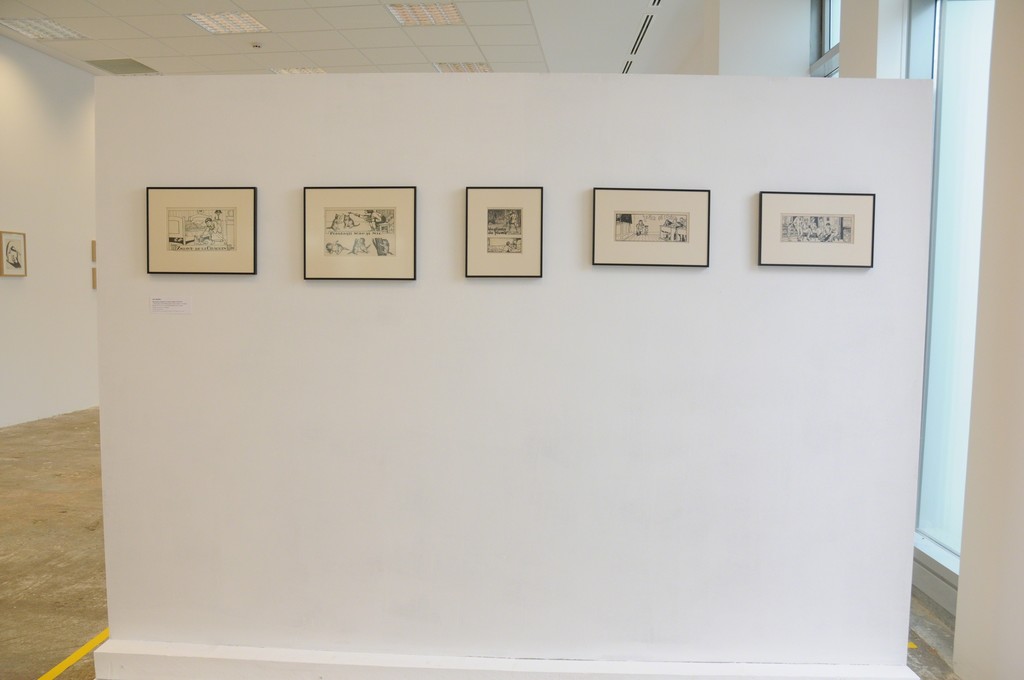 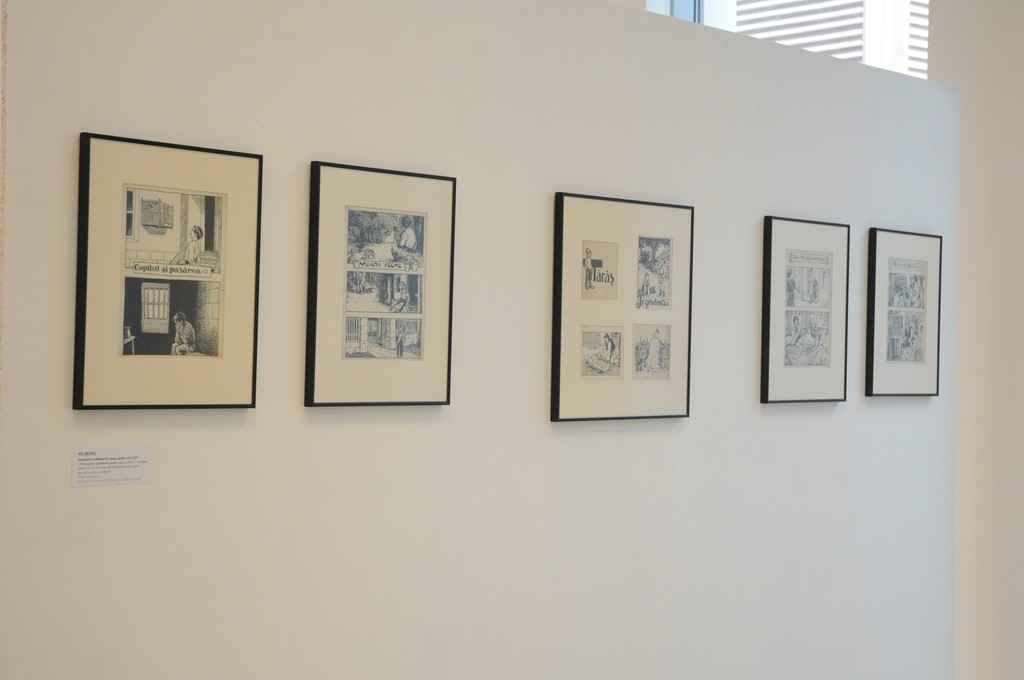 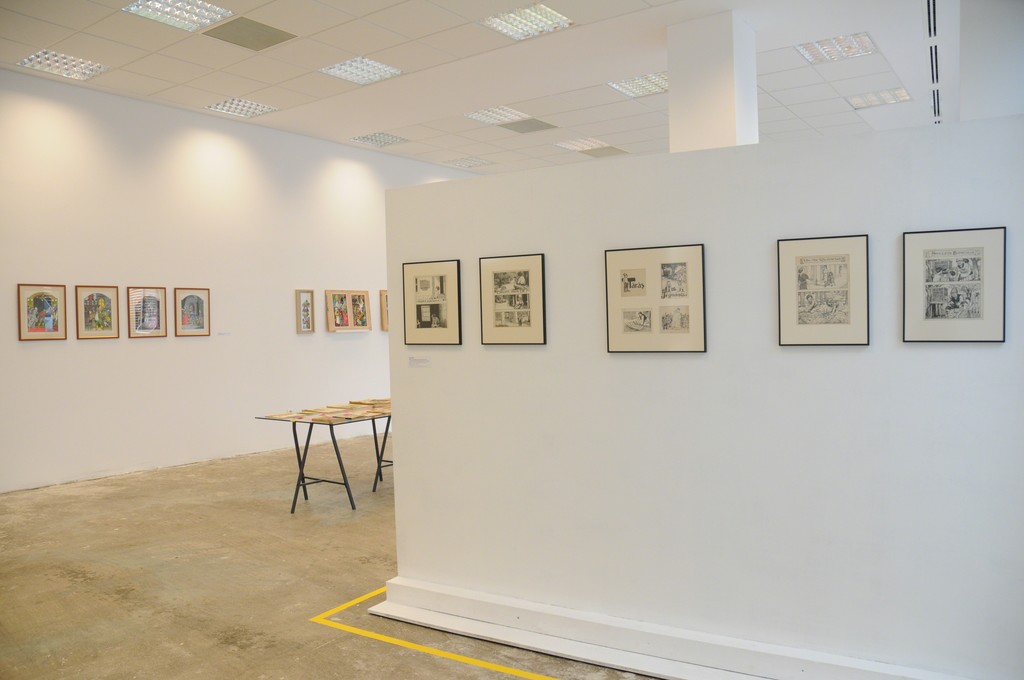 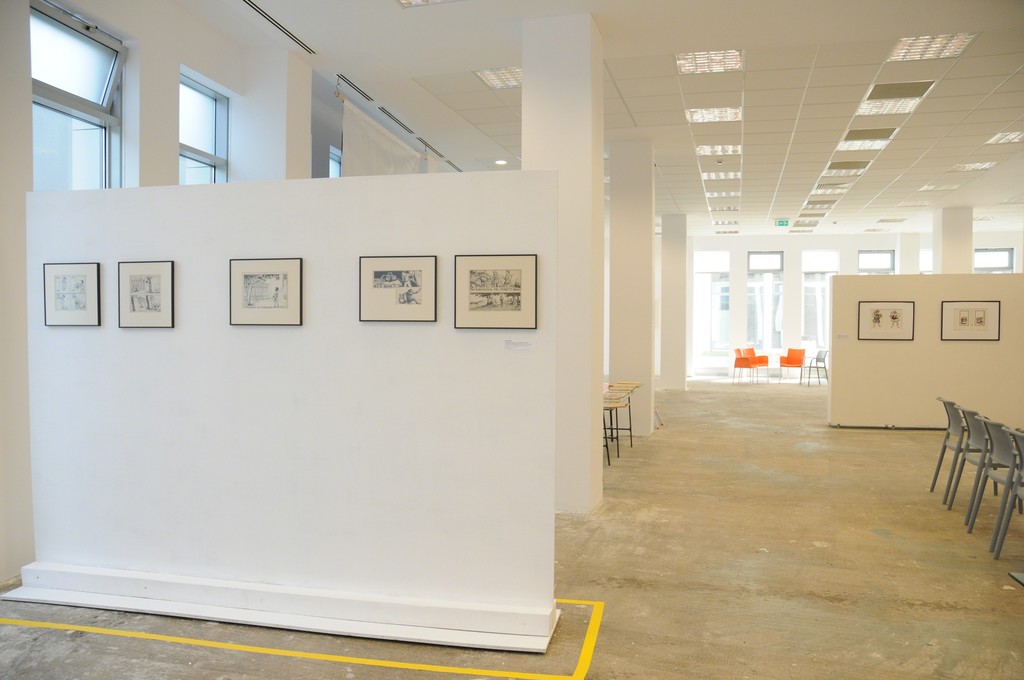 From Political Propaganda to Baby Boom
Artists: Ary Murnu, Jules Perahim, Eugen Taru, Val Muntean, Nell Cobar
June 29– October 1, 2015
Address: SWAN Technology Park, Kingston Building, Șos. București Nord nr. 15-23, Pipera, Bucharest, Romania
Programme:
June 29 – July 10: the Private Weeks (special tours, targeted groups) – by appointment only (please write to info at postmodernism.ro or call (+4) 0730 040 514)
After July 15: Monday, Wednesday, Friday – 12h-14h. All other days and hours: by appointment: please write to info at postmodernism.ro or call (+4) 0730 040 514)
Intro
The curatorial project ”From Political Propaganda to Baby Boom” is the first one out of a series of future researches analysing the relationship of Romanian artists to different political ideologies and social climates of the historic periods such as interwar 1918-1945, post-war and communist 1946-1989.
As an art history research project, ”From Political Propaganda to Baby Boom” is presented as a dynamic panorama, including the latest findings in the study, for a duration of over two months.
A special interest is given to the artworks which were commissioned and made especially for multiplication, either using printed versions or filmed ones, for cinema and TV. These particular media are and were viewed as a principal vector of dissemination and distribution of propagandistic messages.
The exhibitional architecture is constructed on three coordinates: artworks – original illustrations and drawings, prints – books, magazines, book mock-ups and a video room – moving images and a very well-known cartoon in the Romanian communist period, ”Mihaela”. The curatorial circuit also has a ”timeline”, which runs along with a remarkable artworks selections and artist special presentations.
Artists, who were active in the above mentioned periods of time, were many times confronted with multiples fractures of the Romanian society and incorporated those historic realities within their artistic approach.
Some of the most interesting ruptures are noticed in the dramatic changes of style and subjects, sometimes for several times in an artistic career.
”From Political Propaganda to Baby Boom” proposes, as central axe of the exhibitional flow, a passage from the militant, anti royalist, anti Nazi graphic to children book illustration. This rapid change of course is speeded by the complex needs of the society but also by the demographic phenomena massively modifying the structure of the population
The Romanian artists presented within the exhibition come with different etnic origins: Ary Murnu, Macedo-Romanian; Jules Perahim, Jew; Eugen Taru, Jew; Val Muntean, Romanian; Nell Cobar, Jew.
The artworks and materials in the exhibition ”From Political Propaganda to Baby Boom” are selected out of three private collections.

Artists
The curatorial flow ”From Political Propaganda to Baby Boom” is illustrated through remarkable artistic approaches:
Ary Murnu (1881-1971) worked as a painter and graphic artist for several publications: ”Reforma”, ”Belgia”, ”Dumineca”, ”Paravanul”, ”Furnica”, ”Dimineaţa”, ”Adevărul”, ”România muncitoare”, ”Acţiunea”, ”Calendarul Minervei”, ”Lumea copiilor”, ”Lumina copiilor” etc. He illustreated numerous Romanian and international literature books and school hadbooks. Murnu was the artist commisioned to illustrate the entire series of highschool drawing guides in the 1930 Romania.
The drawings and illustrations within ”From Political Propaganda to Baby Boom” exhibition were first published in ”Lumea copiilor” and ”Lumina copiilor” children magazines. The illustrative approach is one of rural influence, clearly showing the appetence for folkloric resources in exemplifying the children world.
Eugen Taru (1913-1991) made his debut within the exhibition of painters from Craiova (Romania) in 1927. Beginning with 1931 he had constantly published caricatures and illustrations in the newspapers ”Tânărul muncitor”, ”Scânteia tineretului”, ”România liberă”, writers’ portraits in ” Gazeta literară”. In 1949 he became regular contributor to ”Urzica” magazine. In the early 50-es, he dropped the architecture practice for good and exclusively dedicated himself to book illustration and graphic.
The drawings within ”From Political Propaganda to Baby Boom” exhibition are illustrations for the satirical books series ”Paravanul de aur” by Isac Ludo and other political drawings from 1958.
Jules Perahim (1914-2008) collaborates with the Avant-Garde magazines ”Unu” (1930-1932) and ”Alge” (1930-1933) – the latter he founded with Gherasim Luca and Aurel Baranga. His artistic career started with a drawing and painting exhibition in 1932 in Bucharest. Threatened for his anti-capitalism and anti-Nazi drawings published in the mass media (”Cuvântul liber”, ”Reporter”, ”Pinguin”), he fled in USSR. Perahim continued to work as book illustrator and graphic designer for his entire artistic career; the exhibition ”From Political Propaganda to Baby Boom” presents several selections on different media.
Remarkable and versatile graphic artist, Nell Cobar (1916-1993) worked in different drawing styles, adapting to several graphic genres: illustration, caricature, cartoon, calligraphic drawing etc. Cobar made his debut as a cinema graphic artist in 1939. The first cartoon he made in 1940 was actually a stockings commercial ad. Nell Cobar created over 40 animation films; he is the creator of the popular Romanian communist cartoon character ”Mihaela”. In 1971 he was awarded a prize at Venice Children Film Festival for the animated film ”Mulțumesc, Mihaela”.
A selection of caricatural drawings from ” Pițigoiu” magazine in the 50-es and ”Mihaela” cartoons series are shown In the exhibition ”From Political Propaganda to Baby Boom”.
Val Munteanu (1927-1996) began his career in 1946 with illustrations and caricatures in the left wing propagandistic newspapers and caricatures inserted in the satirical magazine ”Urzica”. Starting with 1949, he had taken part to the Annual Saloons of graphic art, thus beginning a prolific career in caricature, newspaper and book illustration, advertising and book graphic design, stamps, decorative art.
A large selection of well-known and awarded illustrations are presented within the exhibition ”From Political Propaganda to Baby Boom”.

///
Research and exhibition programme
The exhibition ”From Political Propaganda to Baby Boom” is part of PMM’s 5-year initiative, a programme of documenting, archiving, exhibiting and revaluing the art produced in Romania in 1945-1990. So far, no private or public institution has assumed an initiative of research recovery for this historic period of time.
///
PostModernism Museum Association Bucharest, Romania, produces and promotes contemporary culture projects and develops cultural and visual arts research programmes.
In 2014 the Association have prepared and delivered the first Cultural and Creative Strategy of Bucharest (2015-2025), a project initiated by Arcub – the Bucharest Centre for Cultural Projects.
The Association implements one of its strategic objectives by leading the development of the art & innovation centre PostModernism Museum (PMM), opened in spring 2015 in Bucharest. PMM is part of the first Association of Private Museums in the World and the only entity in Central and Eastern Europe.