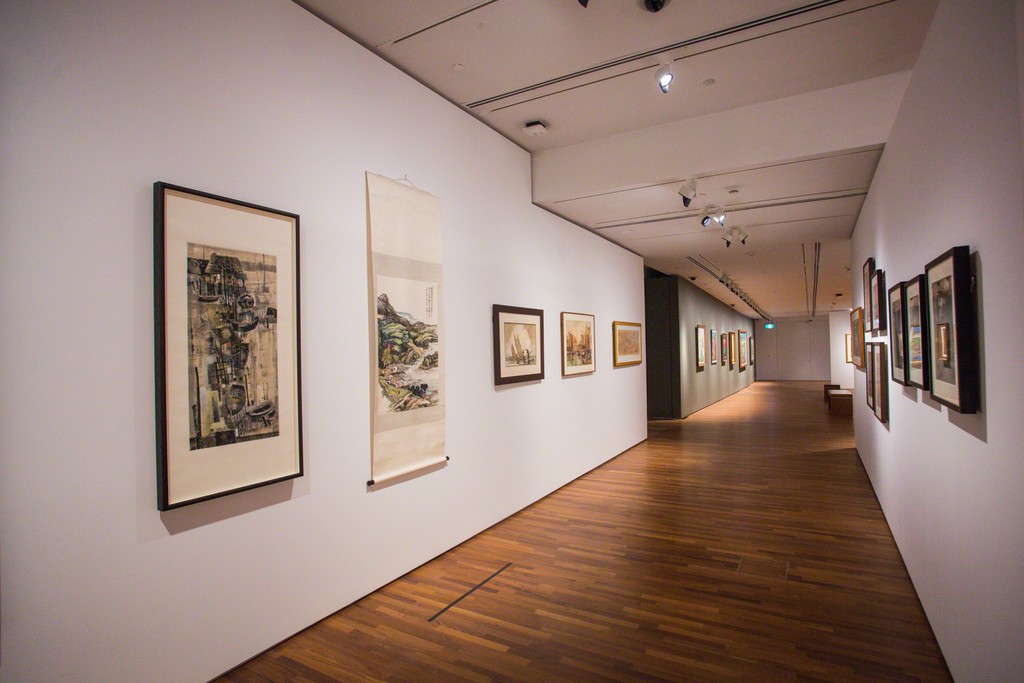 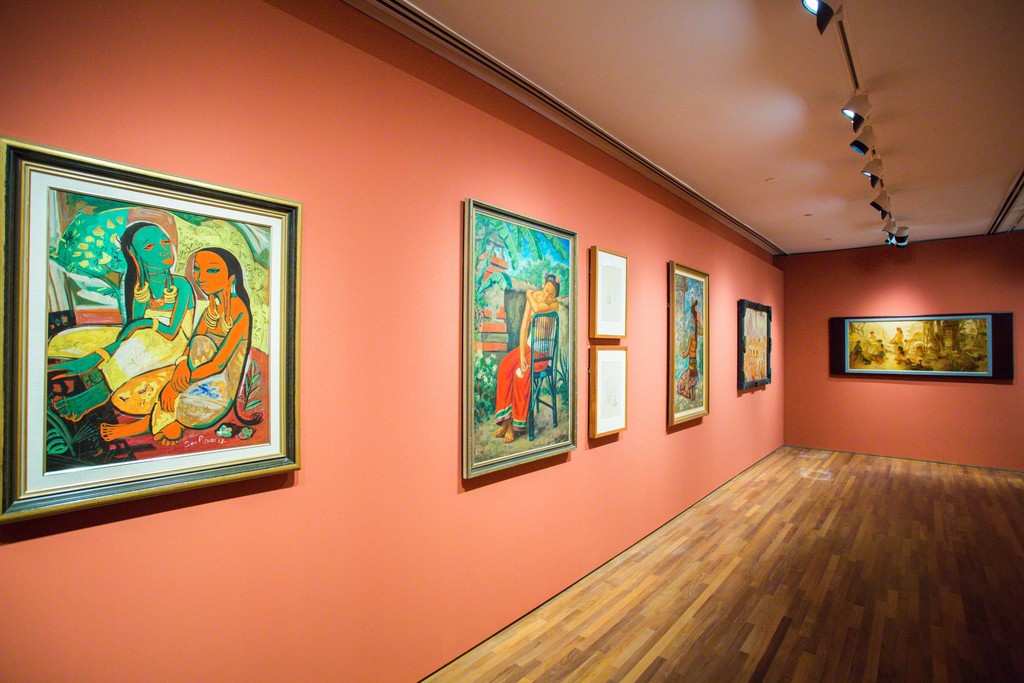 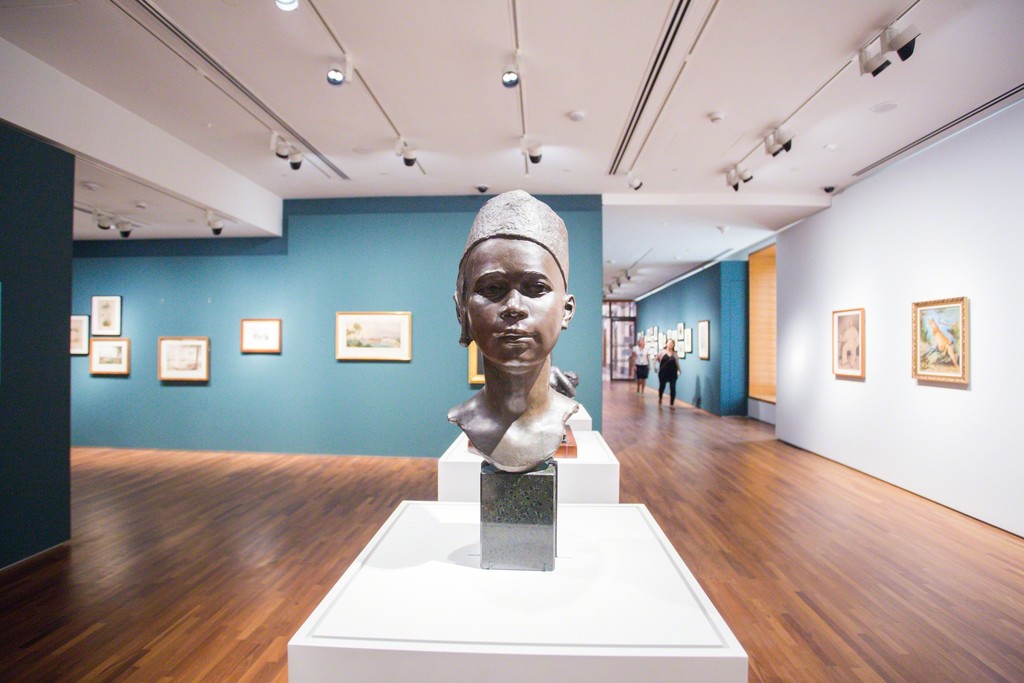 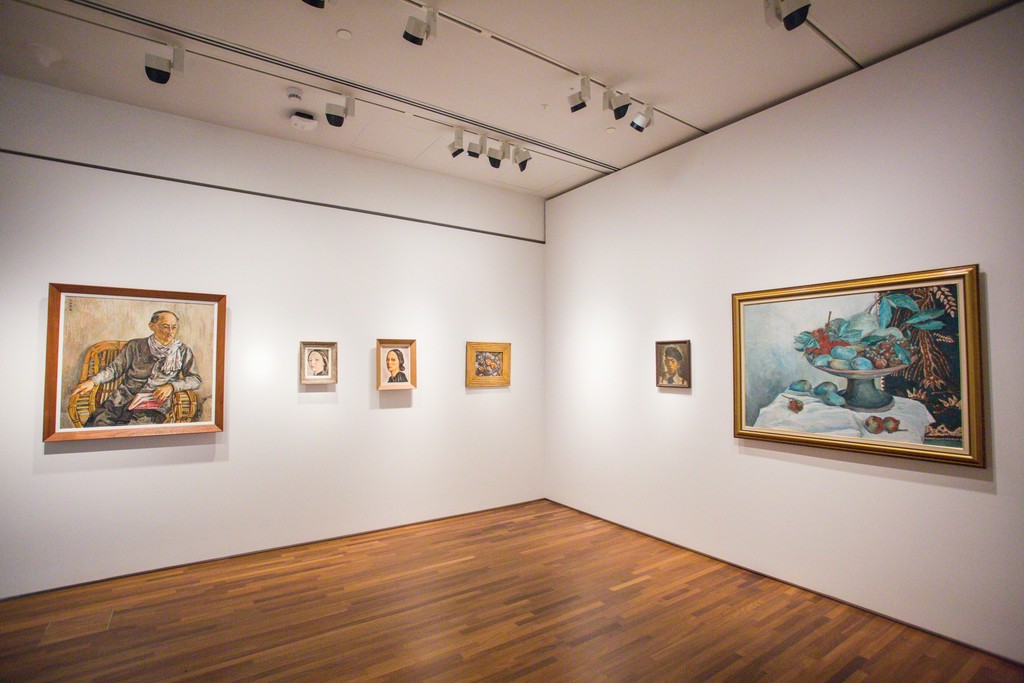 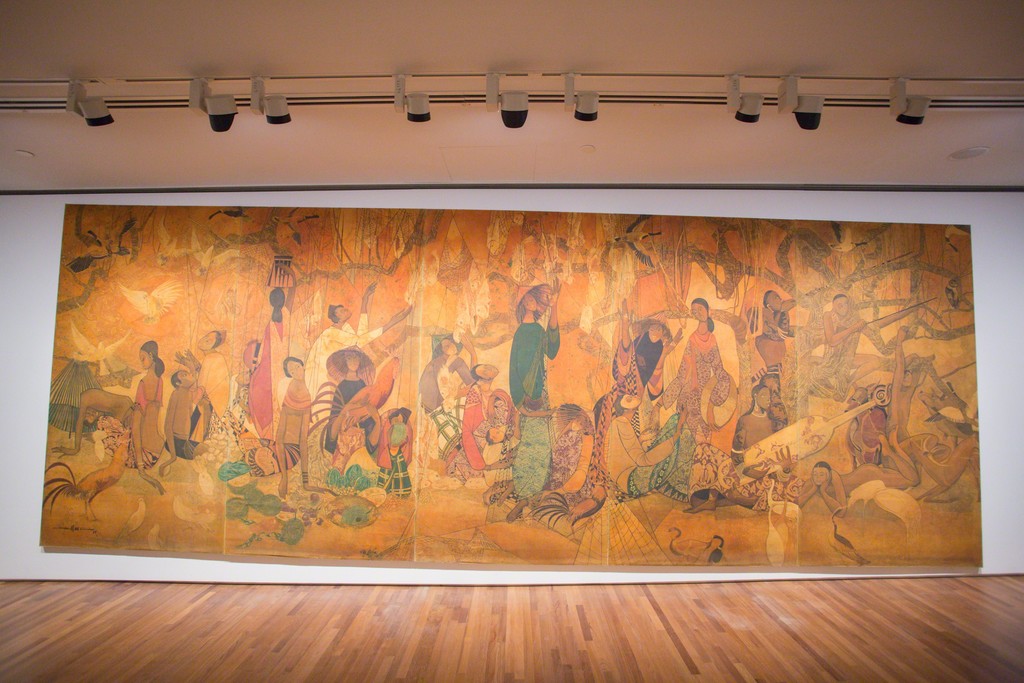 Singapore, 19 October 2015 – National Gallery Singapore today unveiled iconic works that paint the story about art in Singapore during the 19th and 20th century. The inaugural long- term exhibition, Siapa Nama Kamu? (What is Your Name? in Malay) will be presented at the DBS Singapore Gallery, where visitors can experience the timeless appeal of about 400 key artworks.

The exhibition examines Singapore’s identity and links to Southeast Asia and the rest of the world by reflecting how artists in Singapore grappled with diverse values, ideas and tensions since the 19th century. Visitors will come to appreciate the multiple facets of Singapore art, arising from the interweaving of diverse cultural values and expressions, fluid exchange of ideas, and continuous experimentation by local artists.

The title of the exhibition Siapa Nama Kamu? is based on the words on the chalkboard in Chua Mia Tee’s painting National Language Class. The work was created in 1959, the year Singapore gained self-governance from the British. This artwork was later displayed in the former City Hall in the 1960s where the Ministry of Culture was located.

“National Gallery Singapore is the first museum in the world dedicated to modern art from Singapore and Southeast Asia, and will present the most-extensive long-term exhibitions of art from the region. Through Siapa Nama Kamu?, we want to present a cohesive narrative of Singapore’s art history and engage our visitors with lesser known aspects, such as developments in the 19th century and the formation of art groups resulting from anti-colonial sentiments in the 1950s,” said Dr. Eugene Tan, Director of National Gallery Singapore.
 
“Apart from showcasing works from the National Collection, we also worked closely with artists and their families who have graciously donated or loaned significant works to create the most extensive exhibition about Singapore’s art history. Each painting tells a moving and inspirational story that will go towards creating a stimulating and enriching museum experience for all visitors.”

The exhibition captures the broad sweep of Singapore’s art histories at defining periods. A total of six themes (see Annex for more details) – Tropical Tapestry, Nanyang Reverie, Real Concerns, New Languages, Tradition Unfettered and Shifting Grounds – will present the development of Singapore’s art scene from early visual impressions in the 1900s, the emergence of the Nanyang artists in the 1930s, the rise of Singapore’s cultural identity in the 1960s, to new approaches to art in the 1980s. The exhibits will be updated regularly as the National Gallery Singapore’s curators continue with research work.

Mr Sim S Lim, Singapore Country Head of DBS Bank, said: “We are pleased that a number of artworks that the bank has donated to the National Gallery Singapore are in its permanent collection. In line with DBS’ lineage as the Development Bank of Singapore, our corporate art collection reflects the bank’s strong Asian and Singapore heritage, as well as the evolving local art scene. As Singapore’s largest bank, we wanted to support the Gallery in its outreach efforts to enable more Singaporeans and visitors to learn and appreciate the story of Singapore art.”