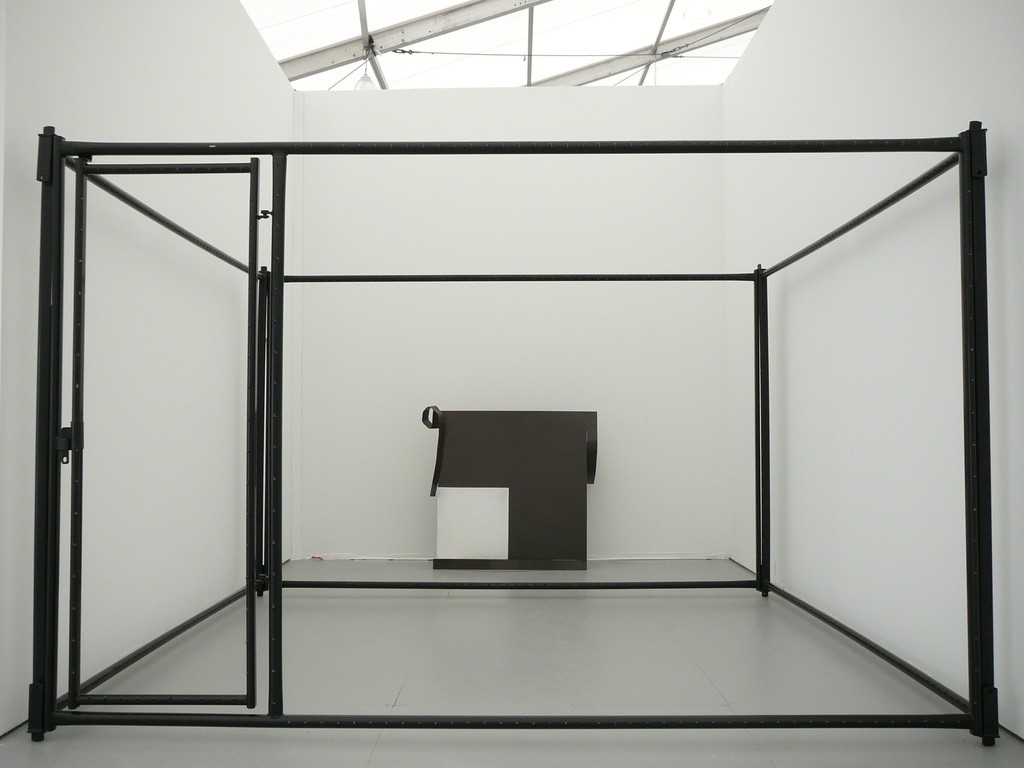 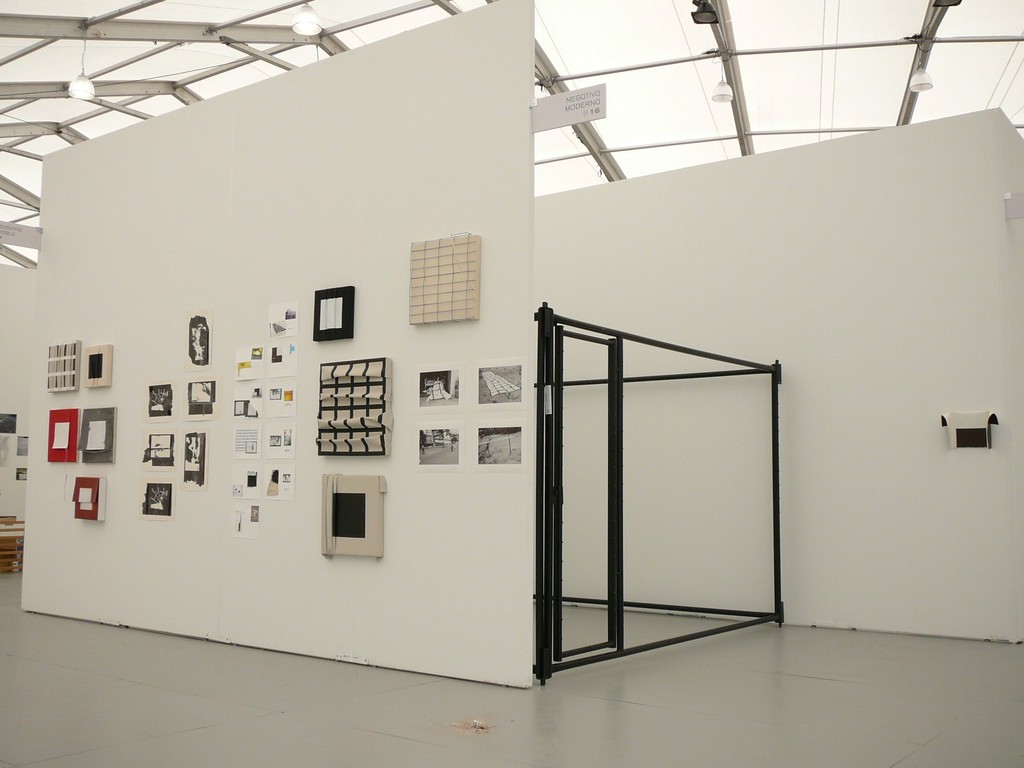 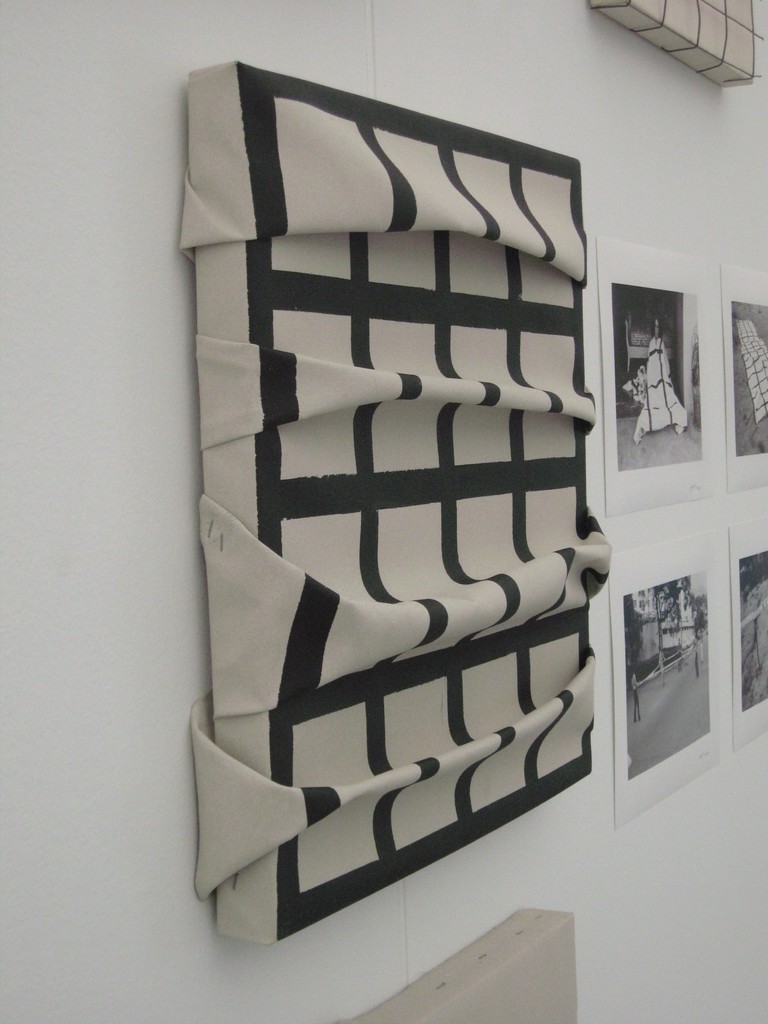 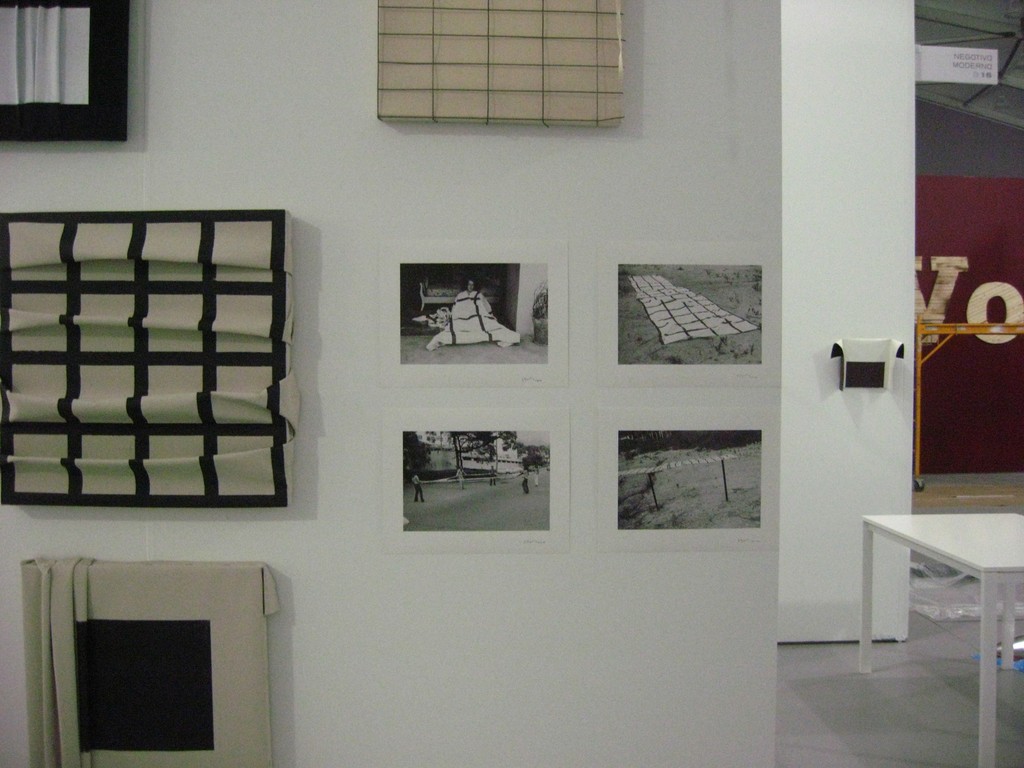 Eugenio Espinoza
Since his first individual exhibition in 1972, Venezuelan-born Eugenio Espinoza has been working in many forms and mediums, such as conceptual, photography, ephemeral sculptures, drawings, paintings and installations. He has a prodigious output with some works created in the 1970s that are thoroughly post-modern, such as: his Impenetrable, now in the Tate Modern Collection; Functional (1971); The Rite of Spring (1977); Circunstancial (1971); Negativa Moderna (2006); the intervened post cards and the grid canvas photographed outdoors (1973).
Eugenio Espinoza's visual language is an amalgam of many modernist traditions such as Minimalism, Arte Povera and Geometric Abstraction. At the same time he remains an intensely poetic spirit that expresses his Venezuelan roots.
Eugenio Espinoza's work Tierra Negra (oil base paint on steel, 48 x 53 x 20 inches) is exhibited with Tom Scicluna's Untitled (modified agricultural pen 10'W x 6'H x 10'D) created for Negativa Moderna's booth at UNTIELD.2012.

Tom Scicluna
Working in an extraordinarily lucid and matter-of-fact manner, Tom Scicluna has created a body of work that reveals the unseen nature of objects and spaces with regards to the given conditions of production and display. His installation for Untitled.2012 is a modified agricultural holding pen (10'W x 6'H x 10'D) with a single door that framed the formal and economic parameters of the booth - the work is priced at the Untitled Art Fair booth rate (per square foot). Functioning as a sculptural armature of sorts, the altered steel construction (minus steel mesh) operates as booth an autonomous architectural entity and permeable space of designation within the art fair environment. The agricultural structure also references the semi-rural Northern Florida location of Negativa Moderna itself.