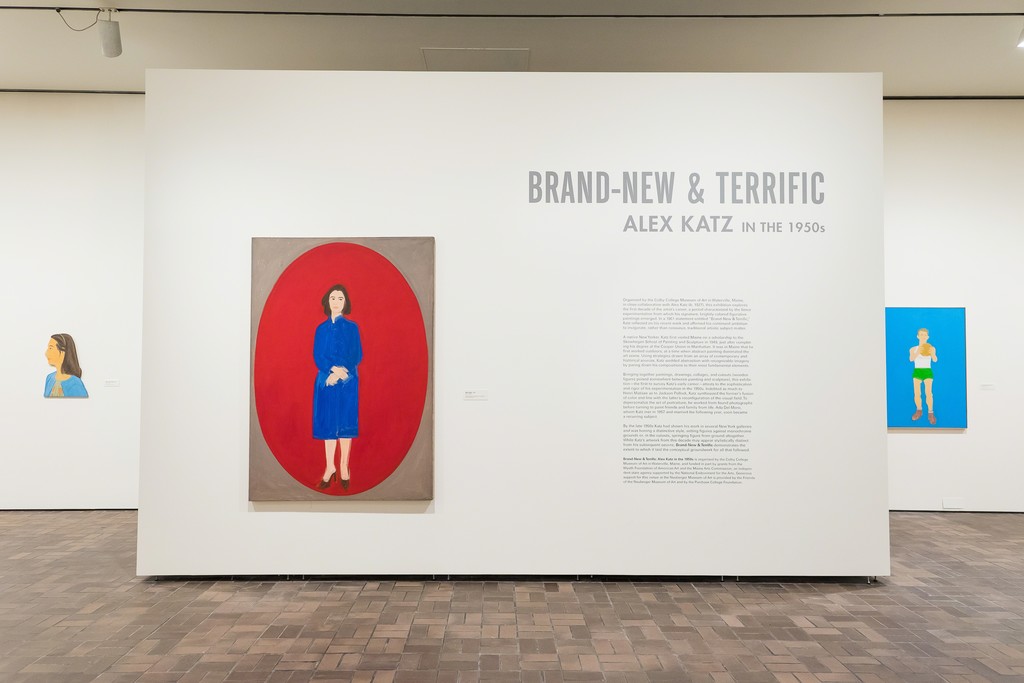 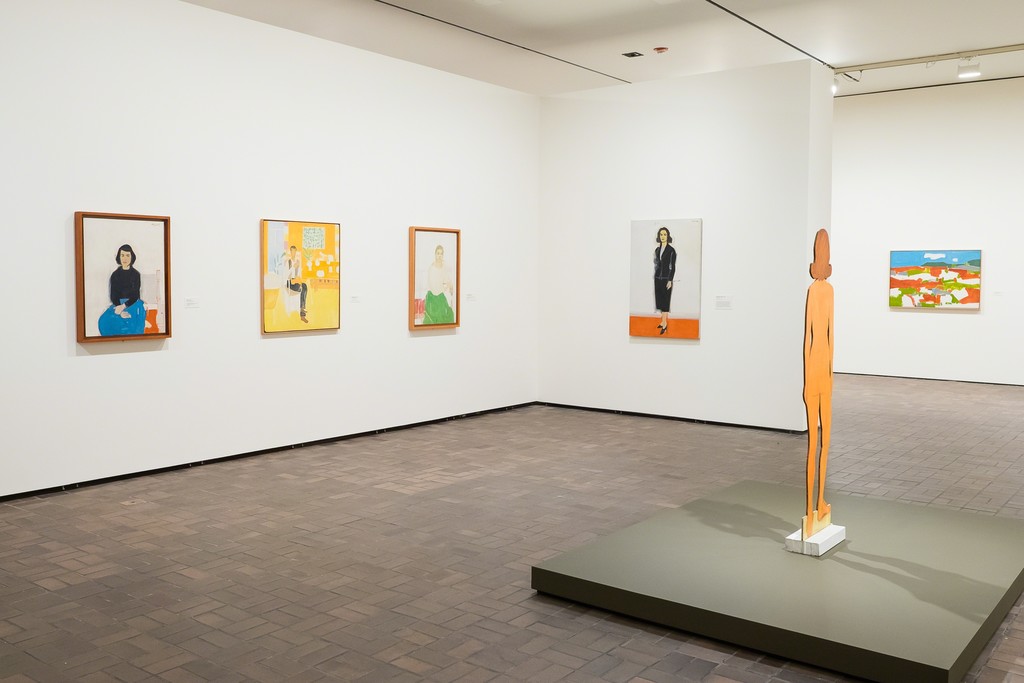 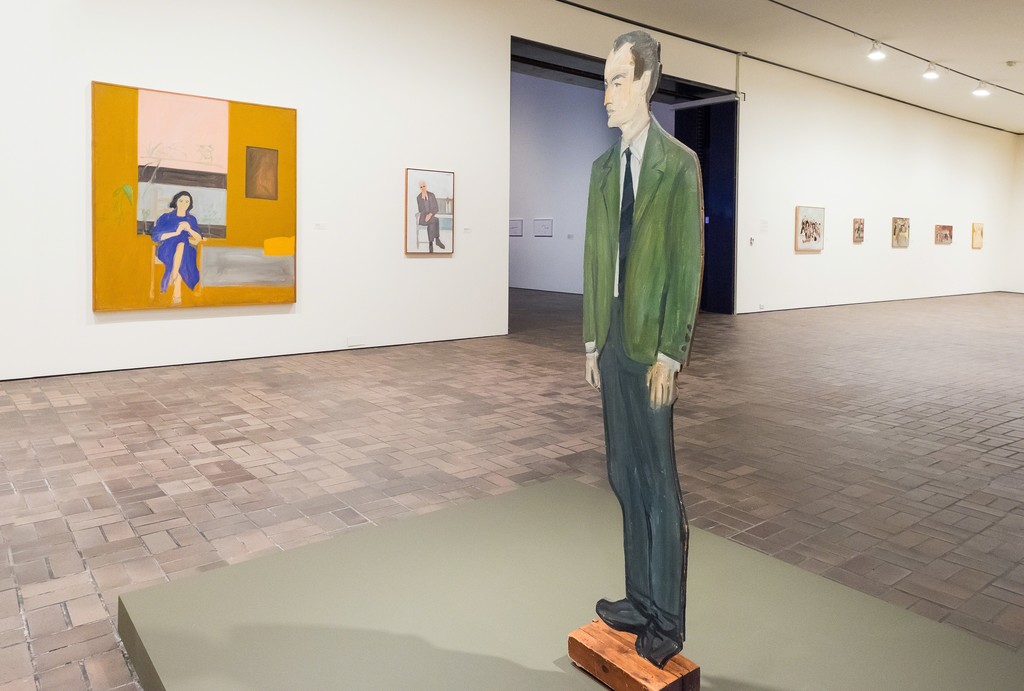 (Purchase, New York....June 7, 2018) For the first time in the New York metro area, Brand-New & Terrific: Alex Katz in the 1950s, the largest museum exhibition to showcase the artist’s work from his pioneering period in 1950s, will go on view at the Neuberger Museum of Art in Purchase, New York. The exhibition, organized by the Colby College Museum of Art in close collaboration with the artist (who will be 91 in late July), is currently on national tour. Featured are more than 60 works from public and private collections, including many rarely seen works from the artist’s own holdings. Brand-New & Terrific will be on view at the Neuberger Museum from July 1 through October 14, 2018.

According to Diana Tuite, curator of the exhibition, which opened at the Colby College Museum of Art in 2015, Brand-New & Terrific brings into focus the artist’s little-known, formative work from which his signature style emerged. “What is especially significant about this work is how much it enriches our understanding of the fluid and adaptive exchanges taking place in the 1950s between New York School painters and artists like Katz who were working within a more figurative tradition,” she wrote.

The exhibition’s title stems from the artist’s manifesto, written in 1961, in which he proclaimed that his brightly colored, flat, recognizable, figurative works were “brand-new and terrific.” They were a response to Abstract Expressionism, which dominated the art scene at the time, and were his contemporary take on traditional painting. Katz pared down and simplified his portraits, landscapes, seascapes, and figure studies to their most fundamental elements, rendering them in blunt, bold, and flat colors with sparse detail, transforming his circle of family and friends, his wife (and muse), seaside bathers, and everyday scenes in middle-class America. His subjects might be two city kids standing in a field in front of two telephone poles; a woman standing on a beach at the water’s edge; or an outdoor group portrait. The subject matter was instantly recognizable, despite the absence of carefully delineated features. By reintroducing and reinterpreting the figure, Katz was, in fact, a game-changer; he opened the door for the subsequent Pop Art movement. “I feel art is for all people and should be accessible to all people,” he once wrote.

Born in Brooklyn in 1927 to Russian immigrants, Katz studied at The Cooper Union, where he was taught to paint from drawings, and exposed largely to modern art, then at the Skowhegan School of Painting and Sculpture in Maine, that exposed him to painting from life (“en plein air”). Beginning in 1954, he was a summer resident of Lincolnville, and developed a close relationship with nearby Colby College. By the late 1950s, he developed a technique of painting on cut panels, first of wood, then aluminum, calling them "cutouts".

In the early 60s, influenced by film, television and advertising, Katz began painting large-scale works, with dramatically cropped faces, and, increasingly, complex groups of figures, portraying the social world of painters, poets, critics, and other colleagues. In 1965, Katz also embarked on a prolific career in printmaking, producing over 400 editions in lithography, etching, silkscreen, and woodcut. At this time he also produced works in billboard format and was commissioned to create large murals by corporations and government agencies.
Katz's work has been the subject of more than 200 solo exhibitions and nearly 500 group exhibitions throughout the United States and internationally. Numerous retrospectives of his work were presented by at museums including the Whitney Museum of American Art, Brooklyn Museum, Jewish Museum, Colby College Museum of Art, Staaliche Kunsthalle, Baden-Baden; Fondazione Bevilacqua La Masa, Venice, Centro de Arte Contemporáneo de Málaga and the Saatchi Gallery. In 1998, a survey of Katz' landscape paintings was shown at P.S. 1 Contemporary Art Center, featuring nearly 40 paintings of urban or pastoral motifs. His work is in the collections of over 100 public institutions worldwide, and has received numerous awards.
Brand-New & Terrific: Alex Katz in the 1950s is organized by the Colby College Museum of Art in Waterville, Maine, and funded in part by grants from the Wyeth Foundation of American Art and the Maine Arts Commission, an independent state agency supported by the National Endowment for the Arts. Generous support for this venue at the Neuberger Museum of Art is provided by the Friends of the Neuberger Museum of Art and by the Purchase College Foundation.