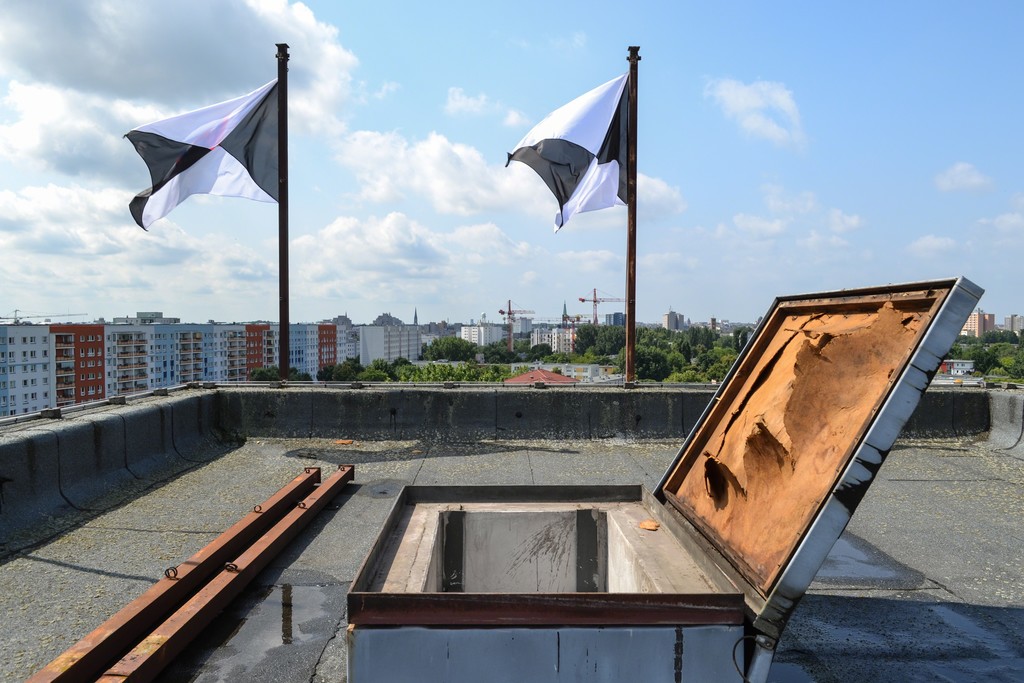 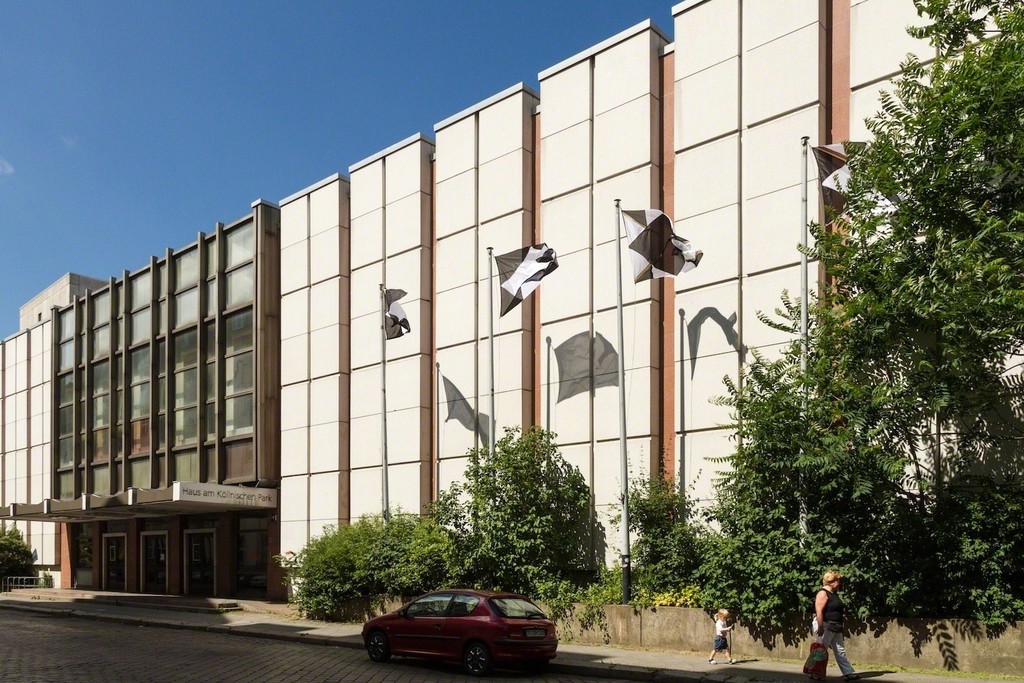 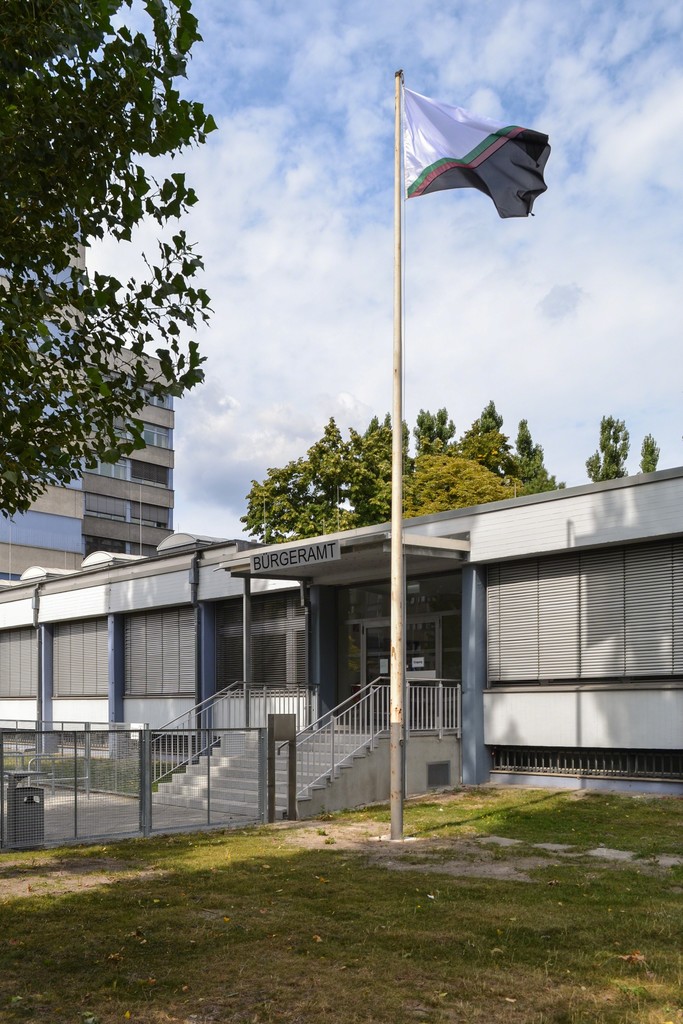 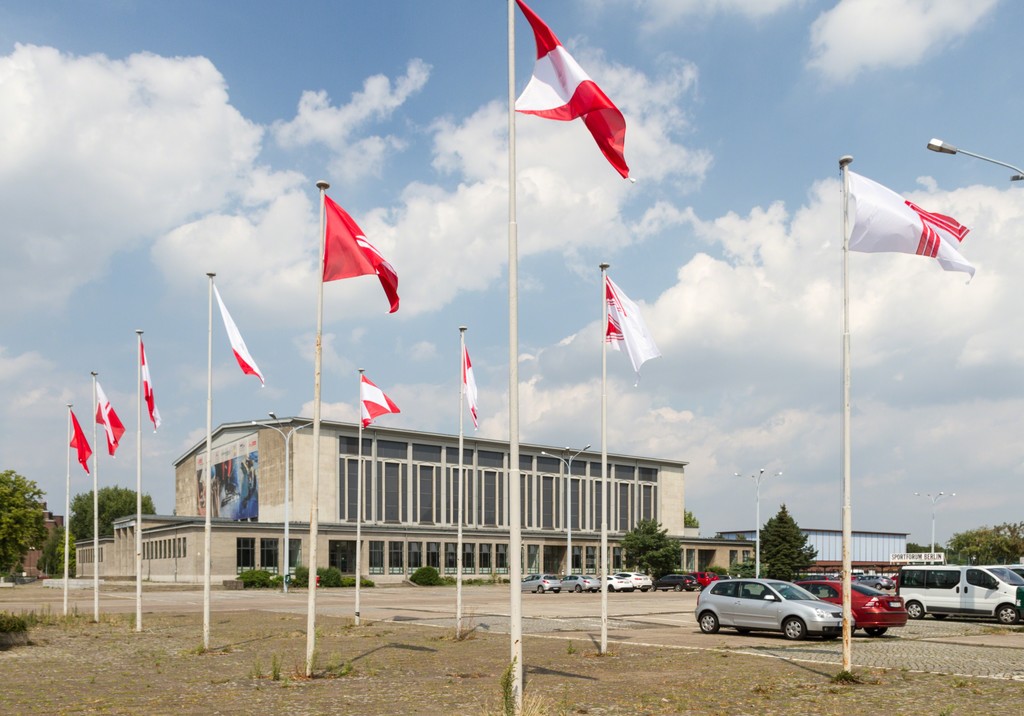 Public space plays a central role in this exhibition project, insofar as the artist uses her work to bring into focus concepts of statehood and the significance of territorial spaces. Using installation and public intervention, Sonja Hornung attempts to approach a representation of a borderless political space. In the process, the artist annexes used and unused flagpoles within the city, hoisting flags that have no meaning whatsoever.

Ordinarily, flags carry cultural, religious, ethnic, or ideological messages. Loaded with historical and geographical significance, they are symbols of domination and power, predetermining identity, including some and excluding others. The symbolism of flags is part and parcel of a system of order that influences, at any given moment, each and every individual.

Using a self-devised system, Sonja Hornung generates patterns for flags that have no historical basis. Instead, these new flags are formed – as much as possible – by chance. The artist uses emptied flags to scrutinize the mechanism at the heart of the process that anchors a flag to its symbolic meaning and its actual territory.