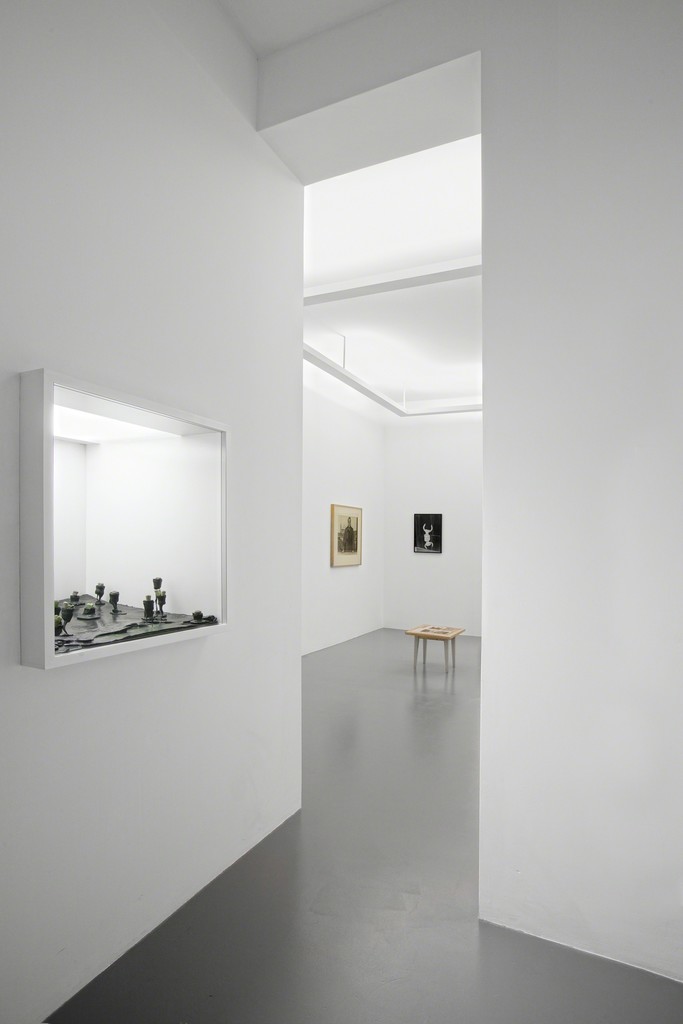 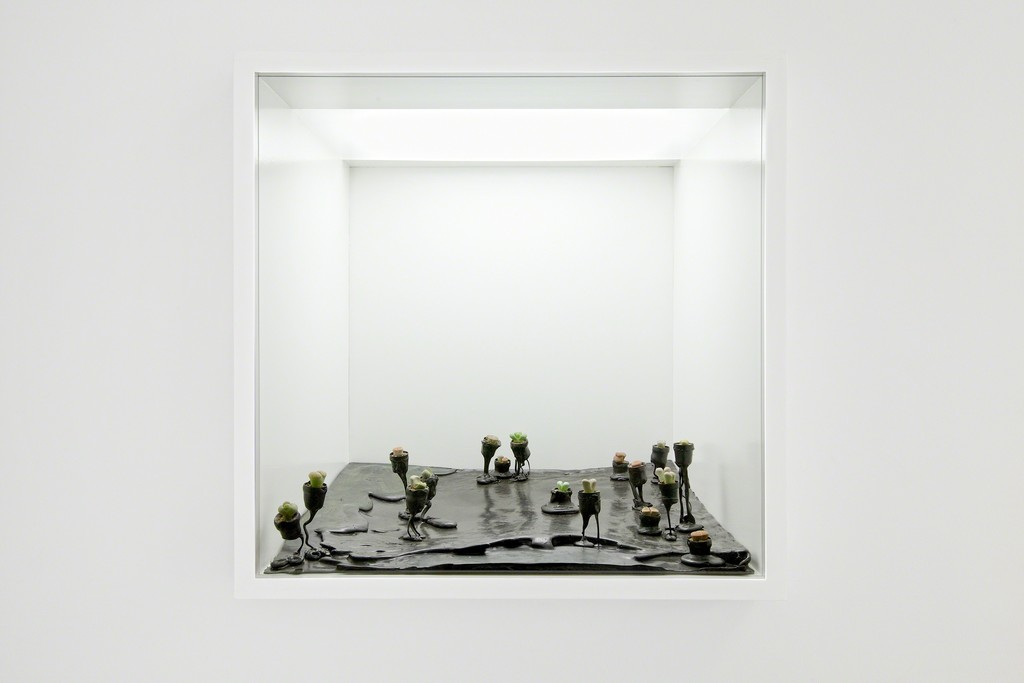 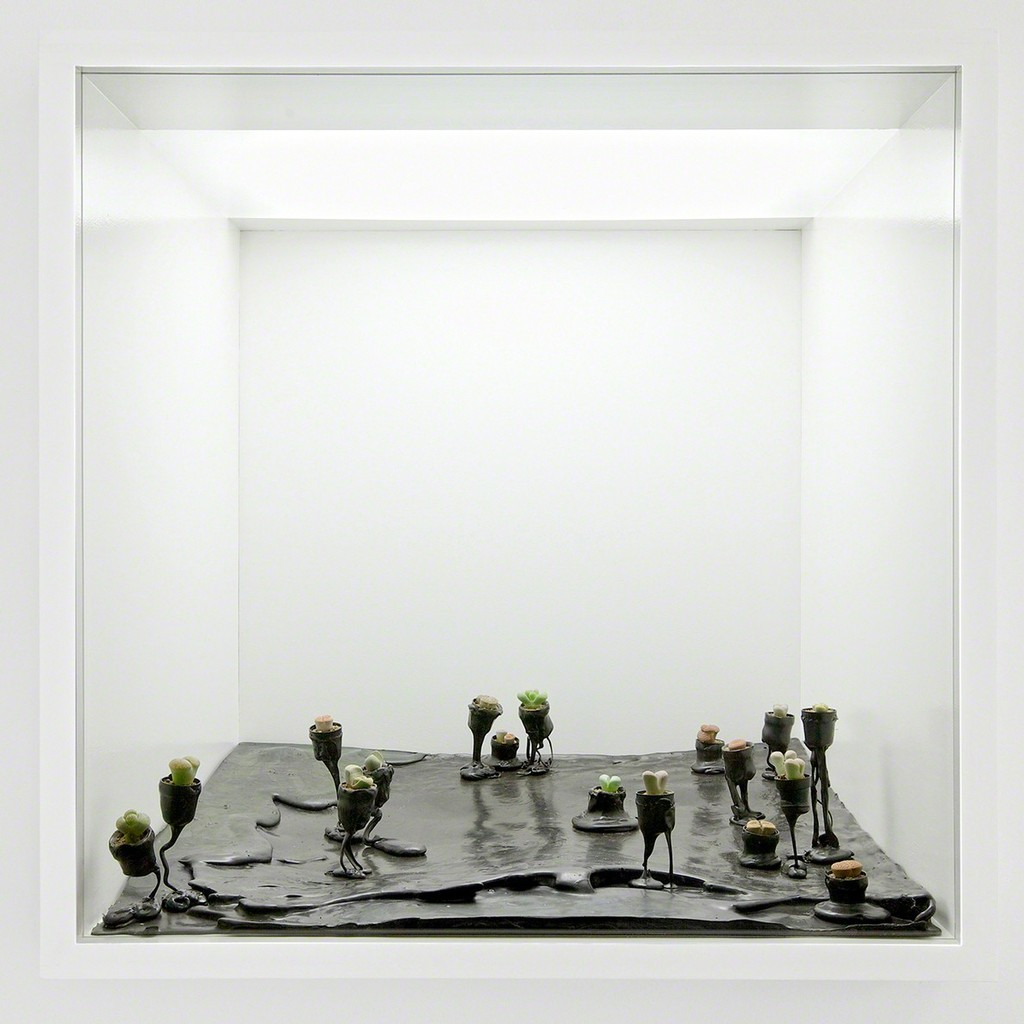 Alien Verein is a filmic landscape, a stage set dominated by an abstract life-form. The growing lithops (a genus of succulent plant native to southern Africa), are chosen for both their stone and face-like appearances (from which their name is derived; Ancient Greek words λίθος (lithos), meaning “stone,” and ὄψ (ops), meaning “face”) as well as their resilience, while the surface the lithops emerge from is lava-like, made from black capa resin, it is synthetic and smothering.

In a (nightmarish) reoccurring dream, Missika witnesses a rapid germination of a community of cartoonish botanical characters from a seemingly uninhabitable terrain. The transformative and apocalyptic landscape could be related to the 1965 sci-fi ‘The Day of the Triffids’ in which the “plants pull themselves out of the ground and chase you!” following a meteor shower that results in chaos on earth.

Similarly to a dream, or a film, we are distanced in our vantage point of Alien Verein. Through the vitrine, we see the plants grow from an extraterrestrial landscape and become animated (assisted by a grow lamp they transform quickly). This perspective is typical of Missika’s practice, which has a somewhat photographic framework, what he has described as ‘image-centered’, often unified with an exploration of fictional and literal borders. The aliens, in this case becoming specimens brought back from a far-away land–or maybe dimension.