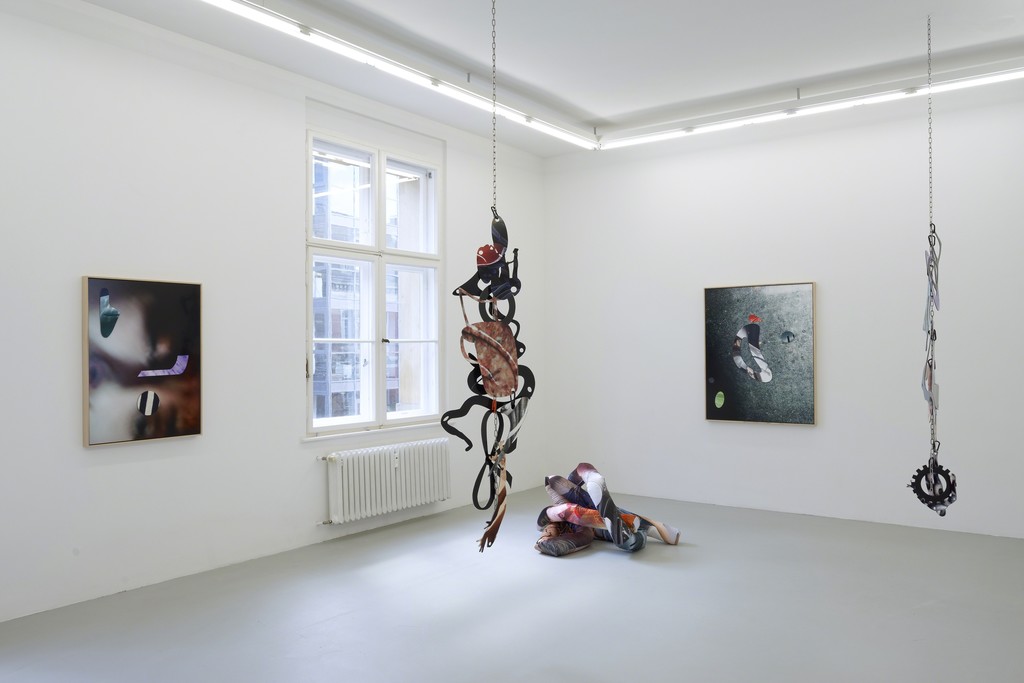 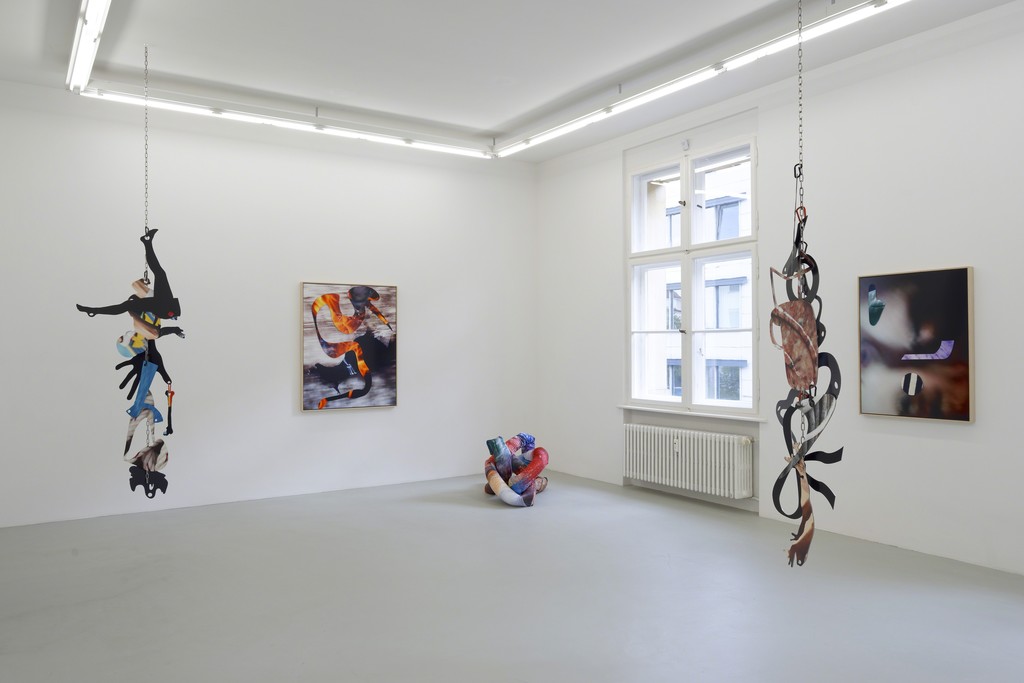 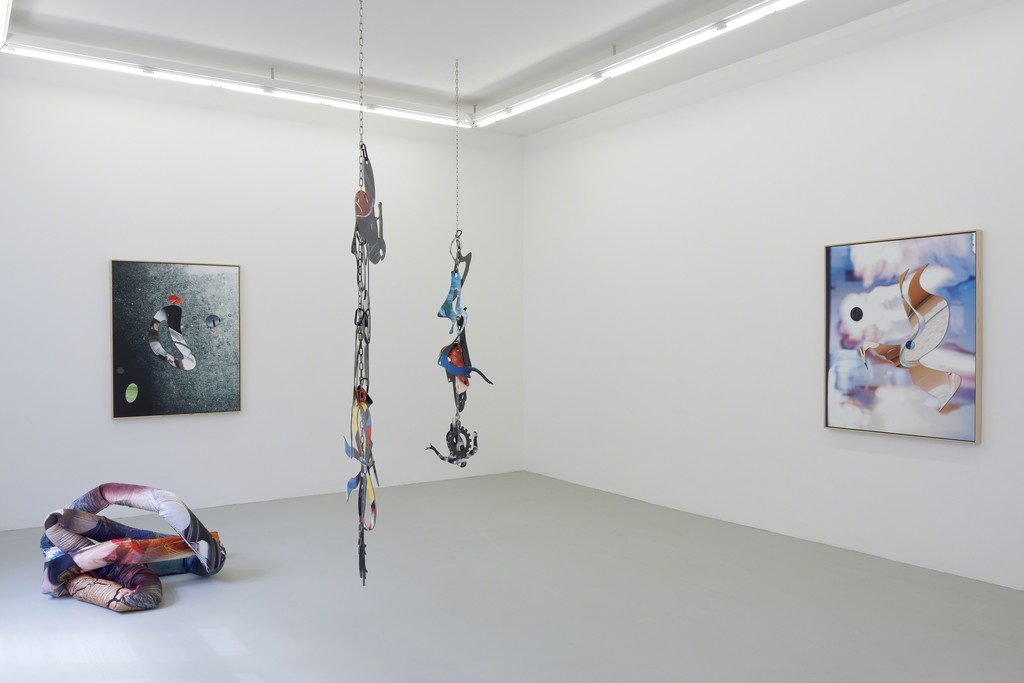 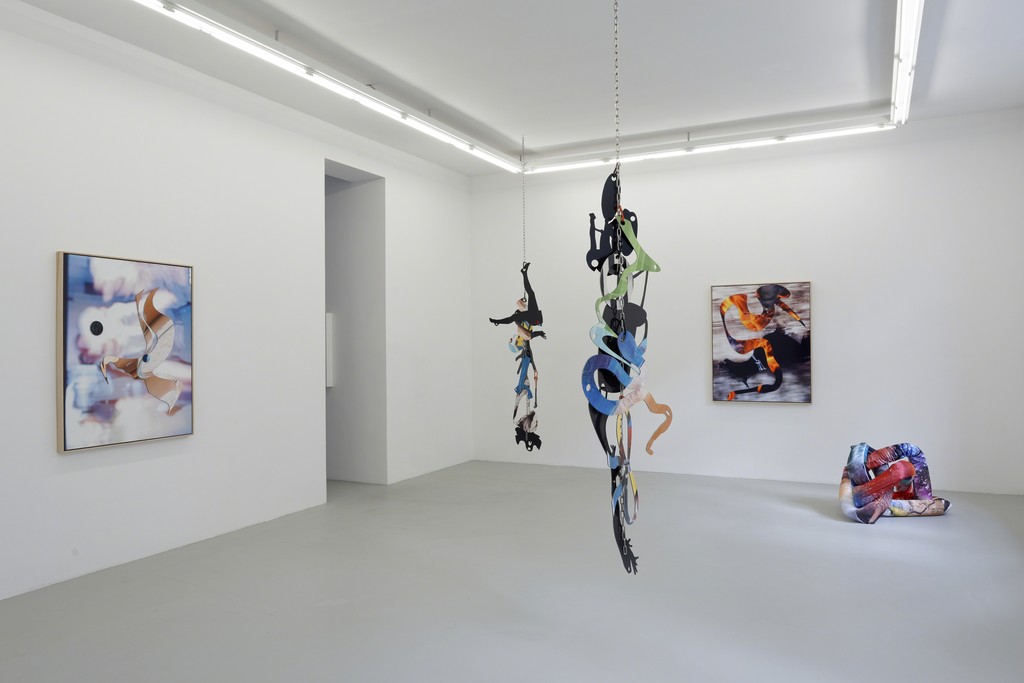 Several hanging sculptures and four large rectangular wall works (127x101cm and 101x76cm) make up the exhibition. The works are composed of multiple image cut-outs, in both positive and negative form, as the result of CNC routing shapes – such as; hands, hats, cogs and squiggles – from a single rectangular printed image on aluminium and mounted to Dibond.

Unlike in her past practice where Steciw manipulated images in photoshop to create complex abstraction from stock images, her new work creates compositions by hand, post print. For this series she also abandoned the rule of strictly using the stock image, incorporating images she has taken herself, and even used in earlier work.

Recalling her 2011 essay ‘Capture Culture’ in which Steciw describes the JPEG as “not a tool of precision but rather of subjective storytelling” these works seem to achieve her aim of manipulation to the “symbolic language of technologically mediated images”, creating new narratives from recognisable forms.