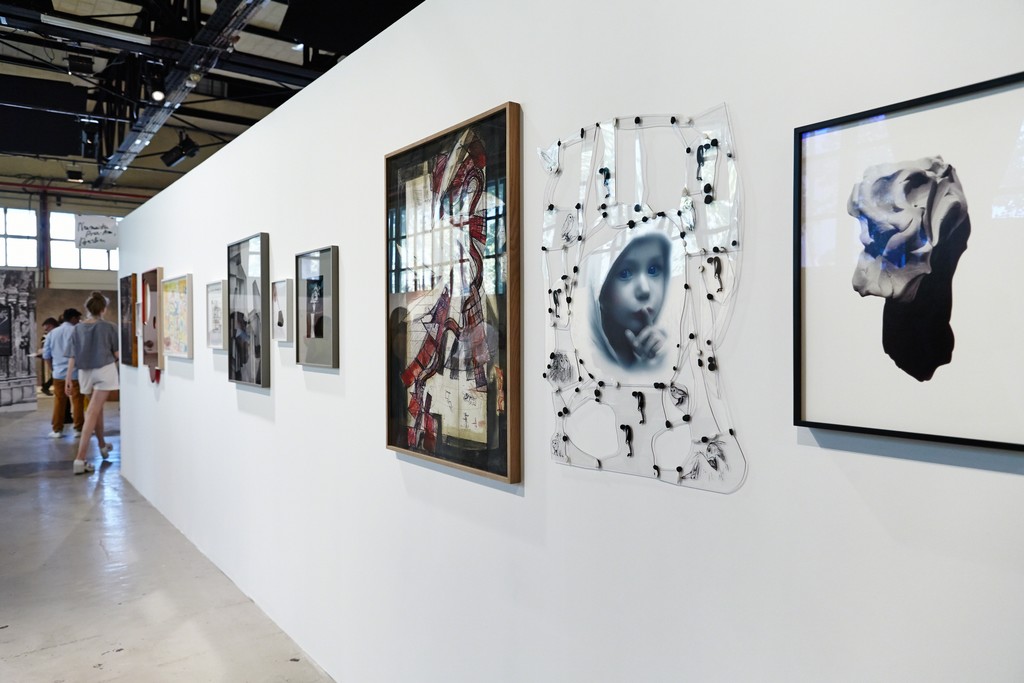 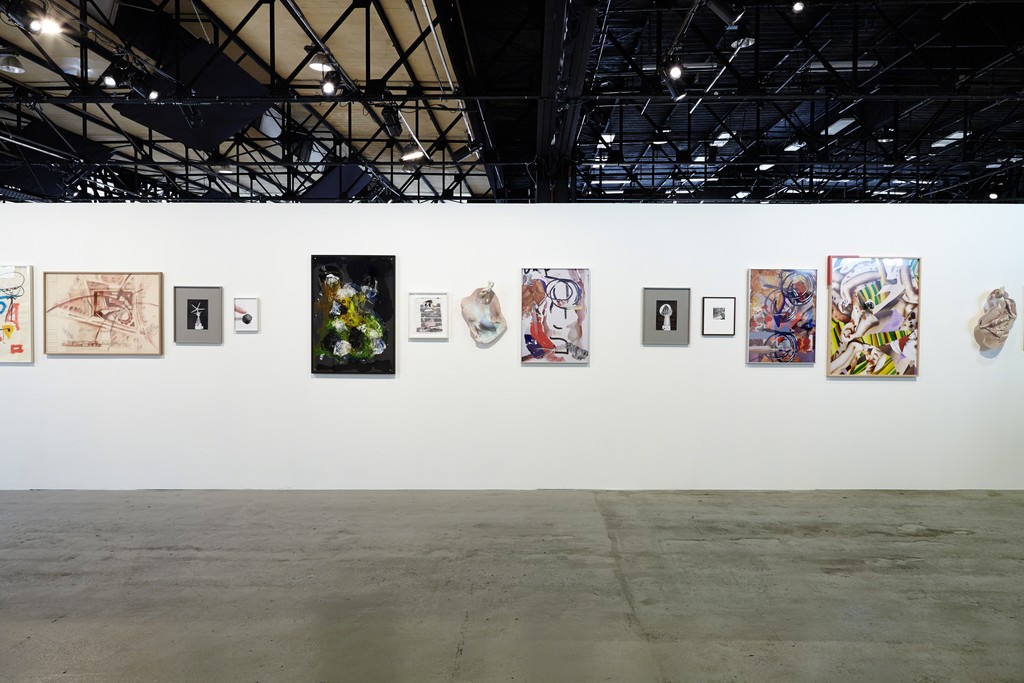 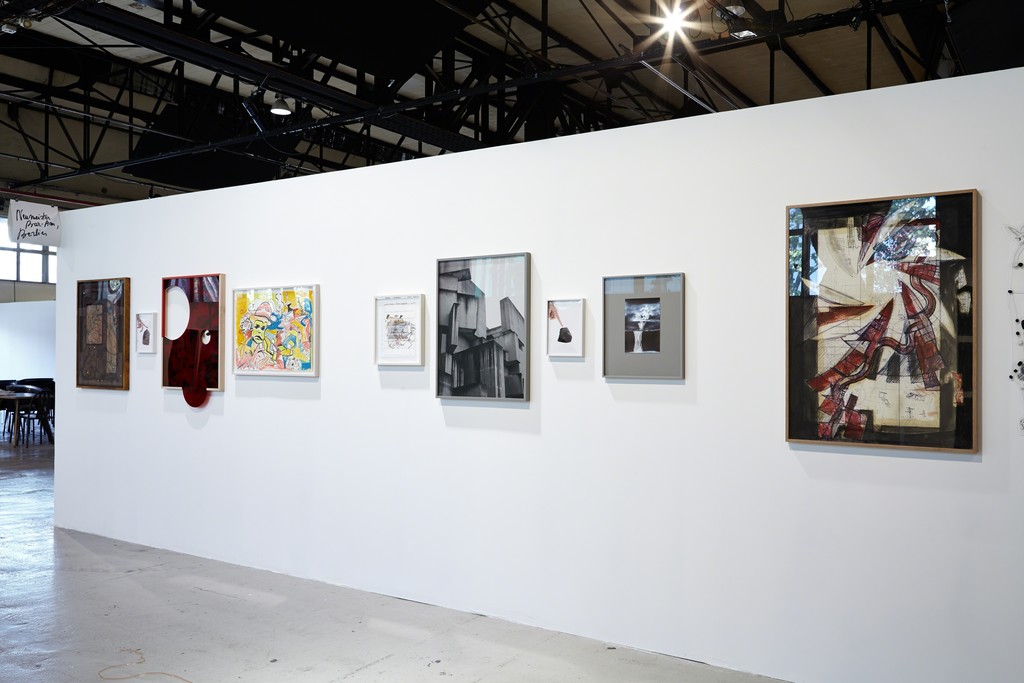 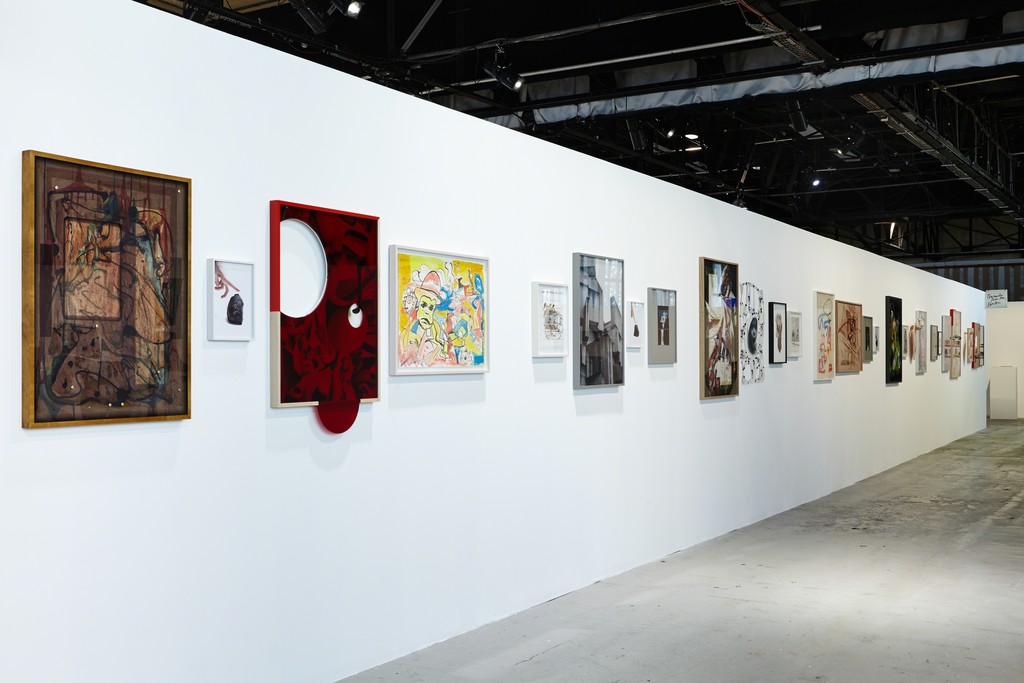 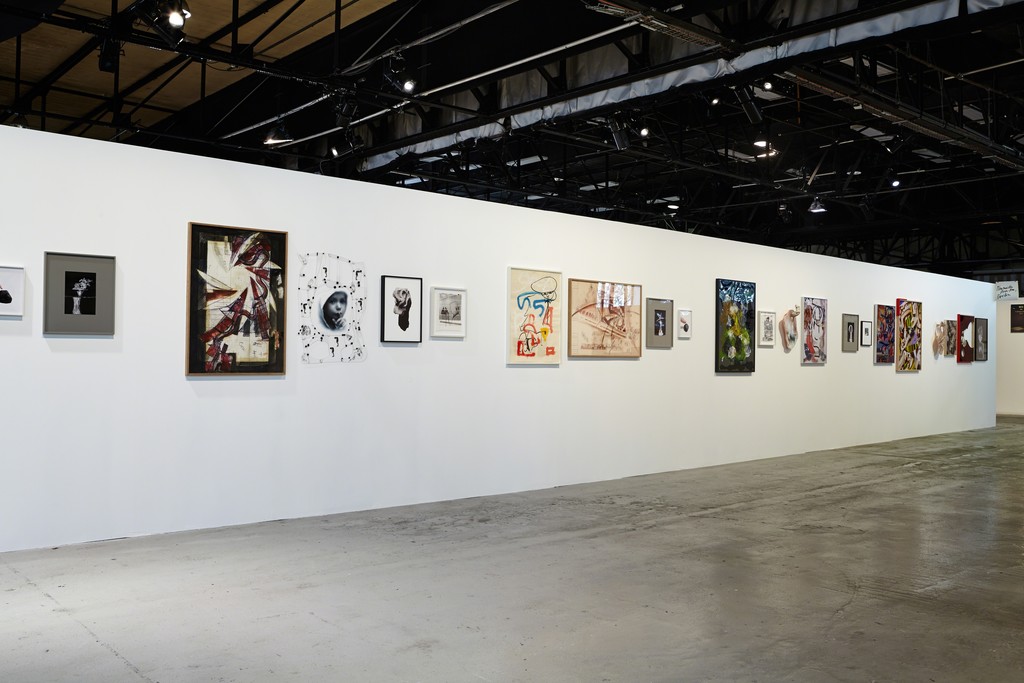 The theme could be related to the recent quotation made by the artist on ‘the law of the good neighbor’:
“The set’s most striking feature was its principle of organization. Elements were not classified by their own factual properties, but instead by what the founder called “the law of the good neighbor.” Although grouped under general rubrics, both the various groupings and the items within them were arranged according to their ability to engage with the things on either side of them. A line of speculation opened in one volume was attested to or attacked, continued or contradicted, refined or refuted in its neighbor. Each item was to answer or ask a question of the one next to it.”

A 20 meter long wall displays a selection of works according to the algorithm including the works of the galleries artists.