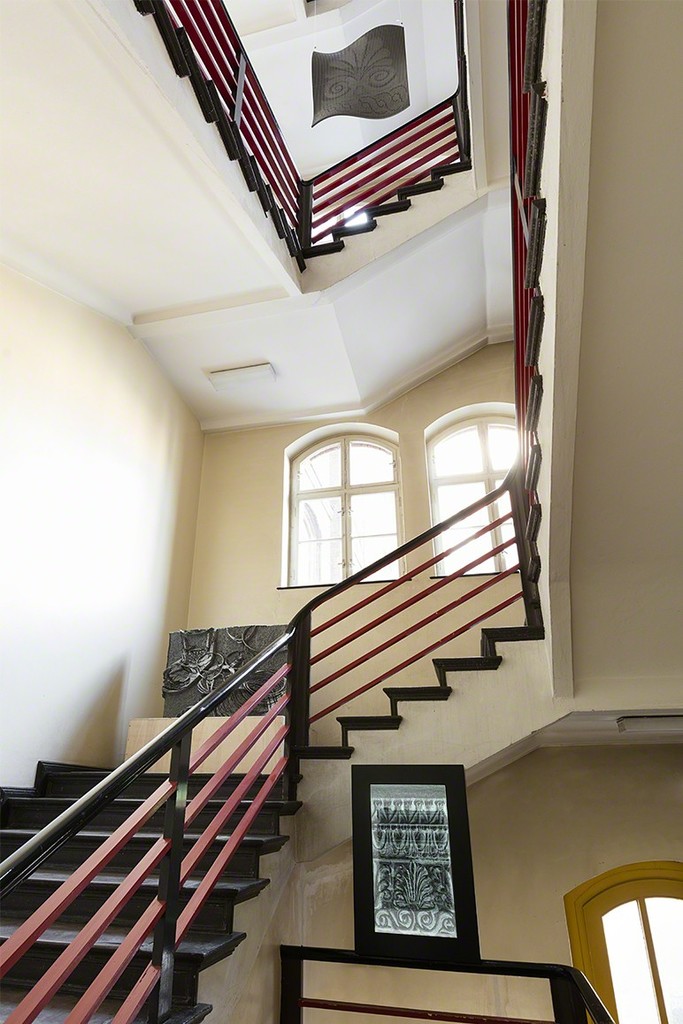 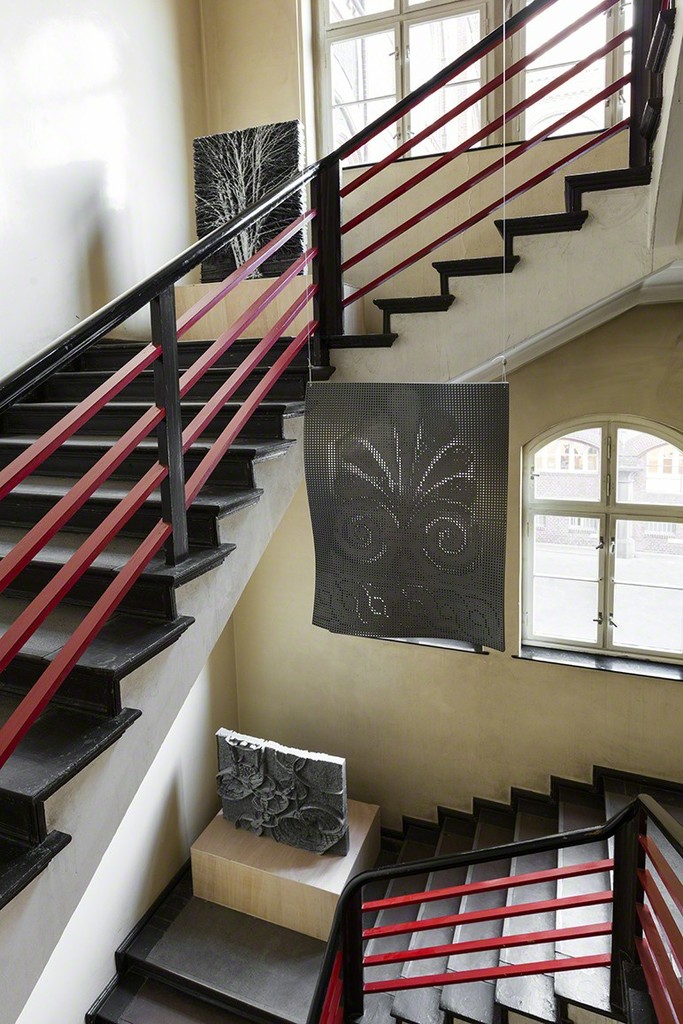 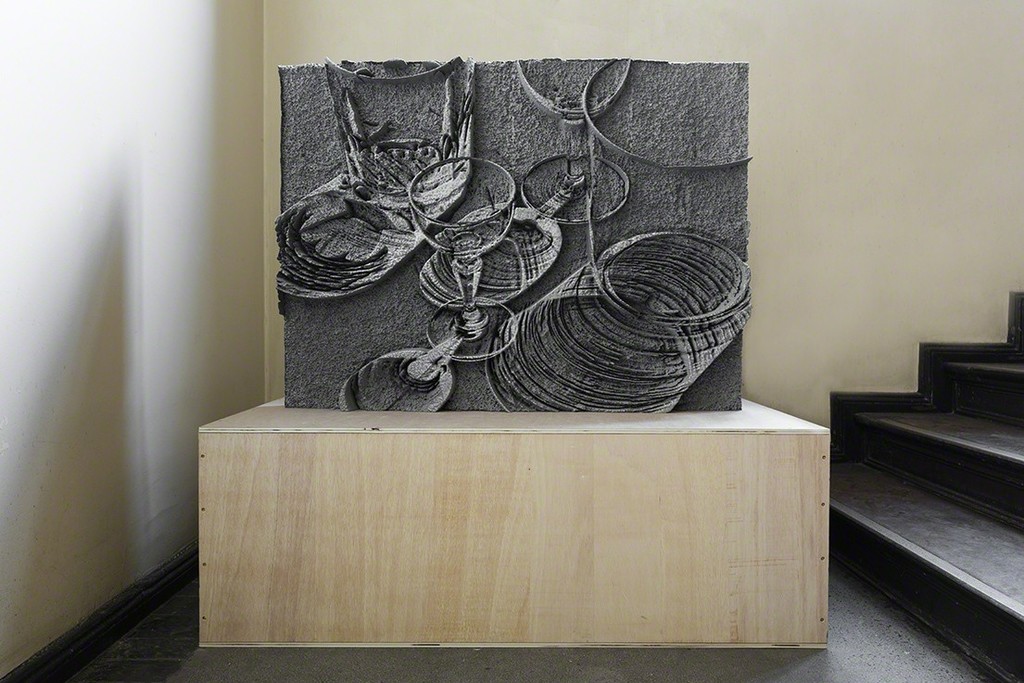 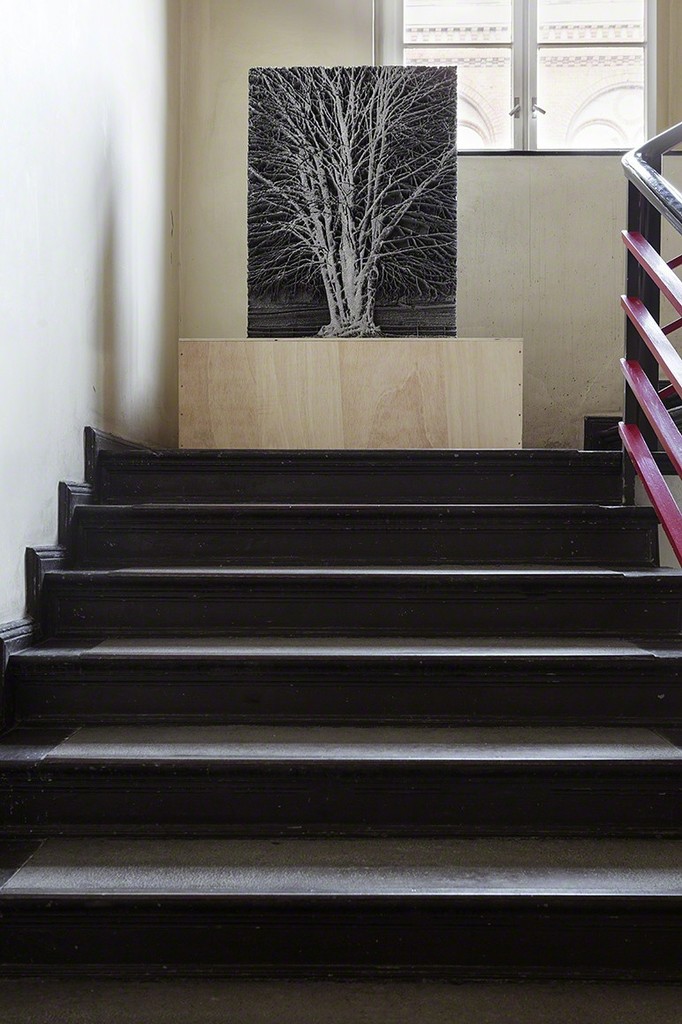 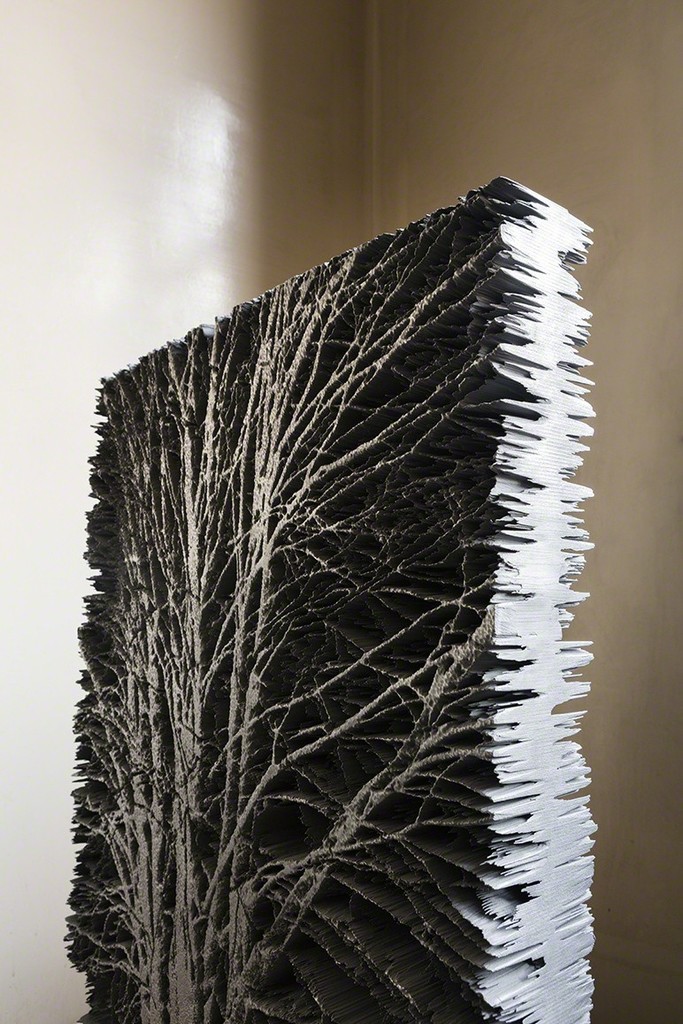 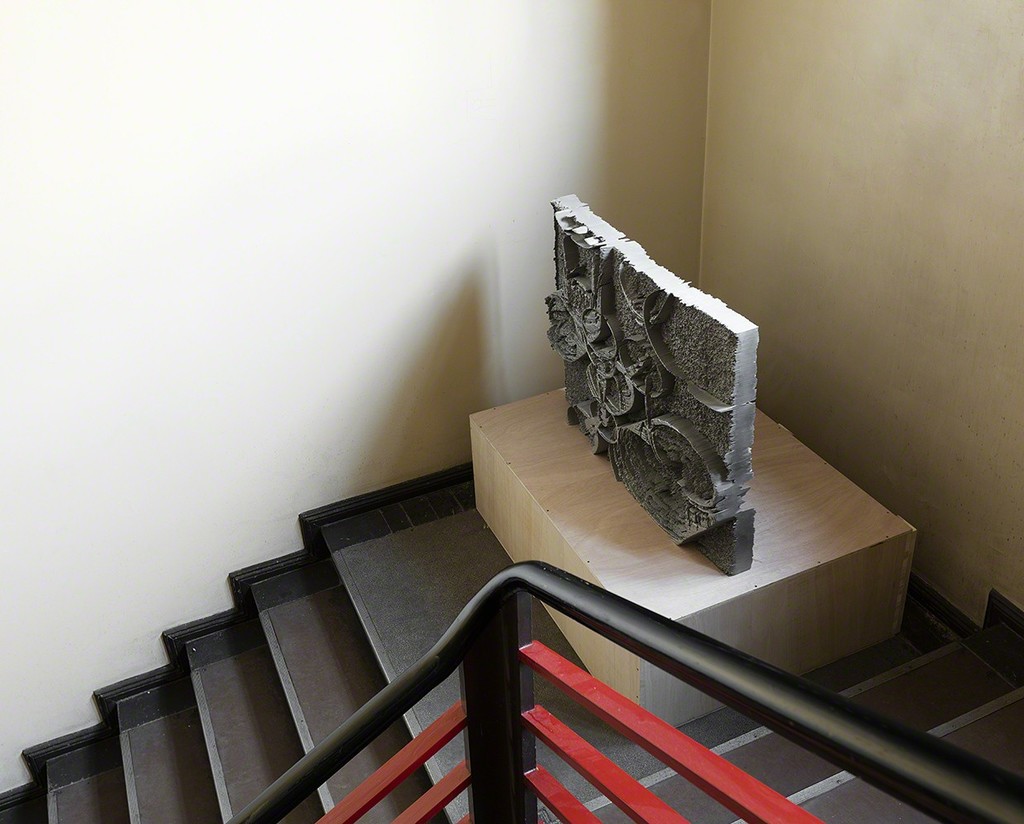 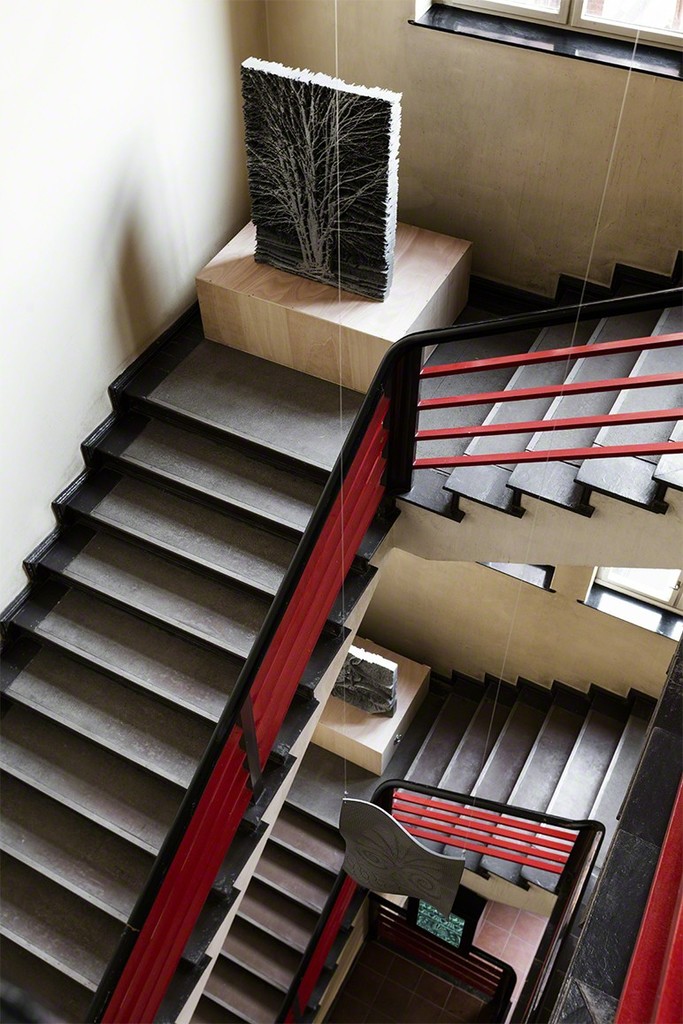 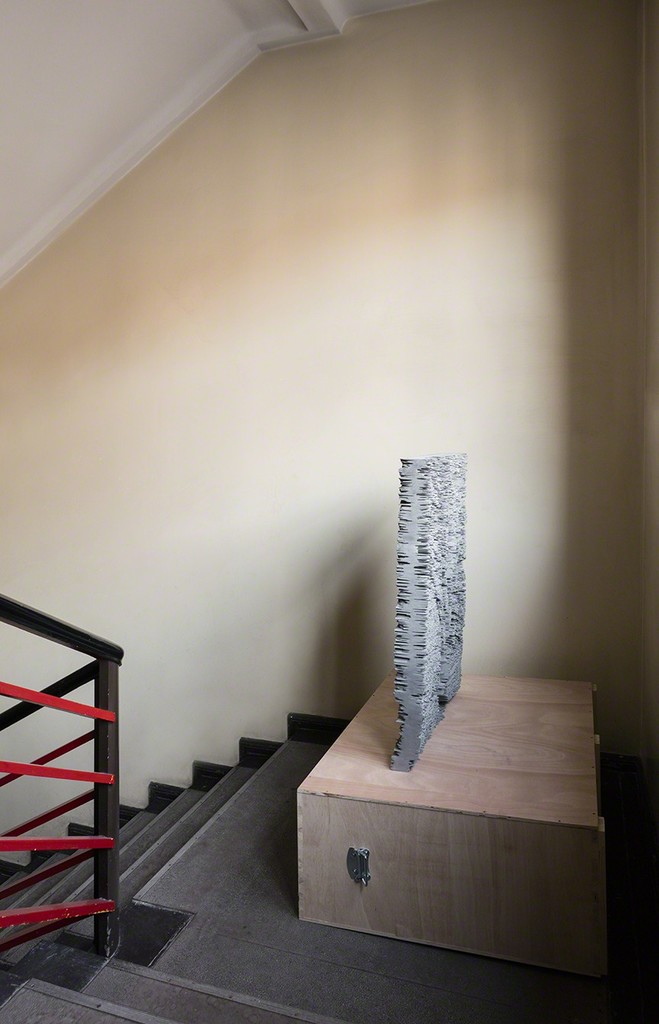 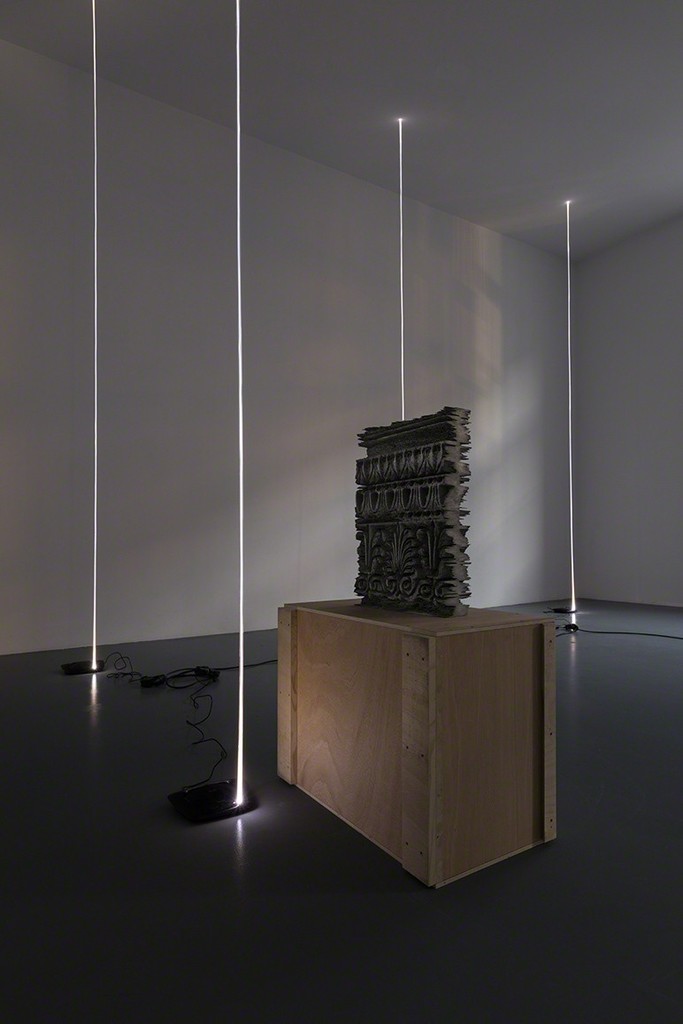 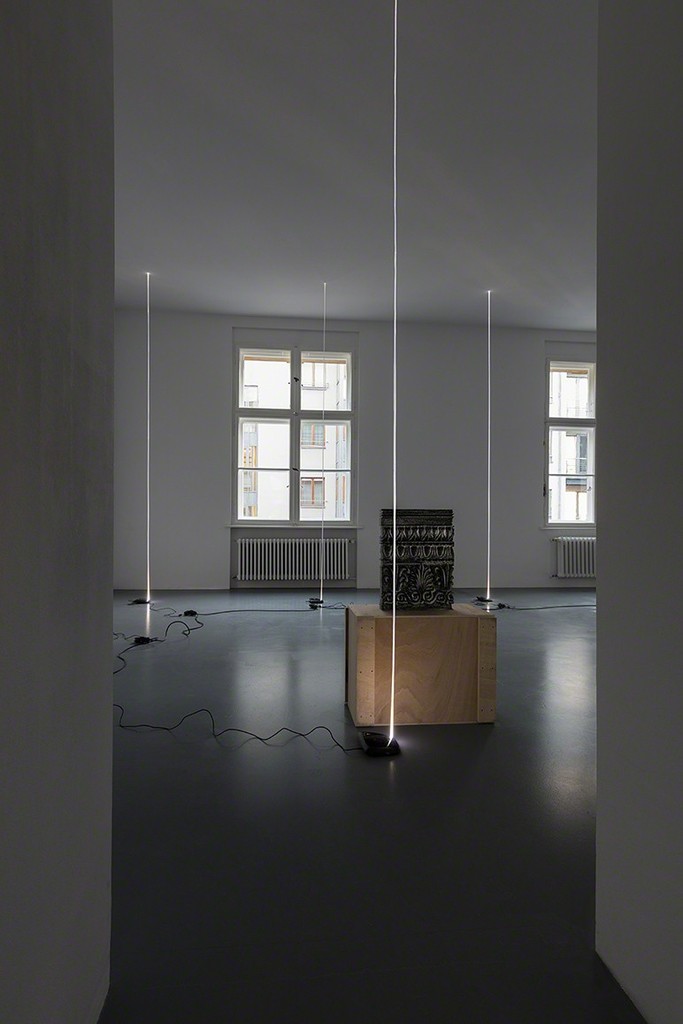 Hadjidjanos notes that photography looked to art for its subject matter since its appearance in Paris in 1839, and has since had a lasting impact on “our collective art-historical imagination as the product of photography”. Photographs of Greek Ornaments from the late 20’s and the ‘New Objectivity’ movement, specifically those taken by Renger-Patzsch are of specific interest to Hadjidjanos as they depict a similar unsentimental approach to the objective documentation of art.
Select images have been used as material to create new three-dimensional depth map sculptures which draw on the formal relationship of both the photographic negative and the binary relationship between cast and mould. They are double sided, one side a positive extrusion and the other negative, and form a direct relationship to the original sizes of the objects documented in the photographs they’re derived from.
Spatially the sculptures form a unique dialogue to the architecture of the gallery building, being hung in the staircase. While a site-specific networked installation will take over the entirety of the gallery space. Throughout the works there is an interest in the mutability of symbolism held in form. To illustrate this Hadjidjanos uses the example of the changing use of the Erechtheum which over years functioned as; a Greek temple, a Christian church, a house, a ruin, and a warehouse.