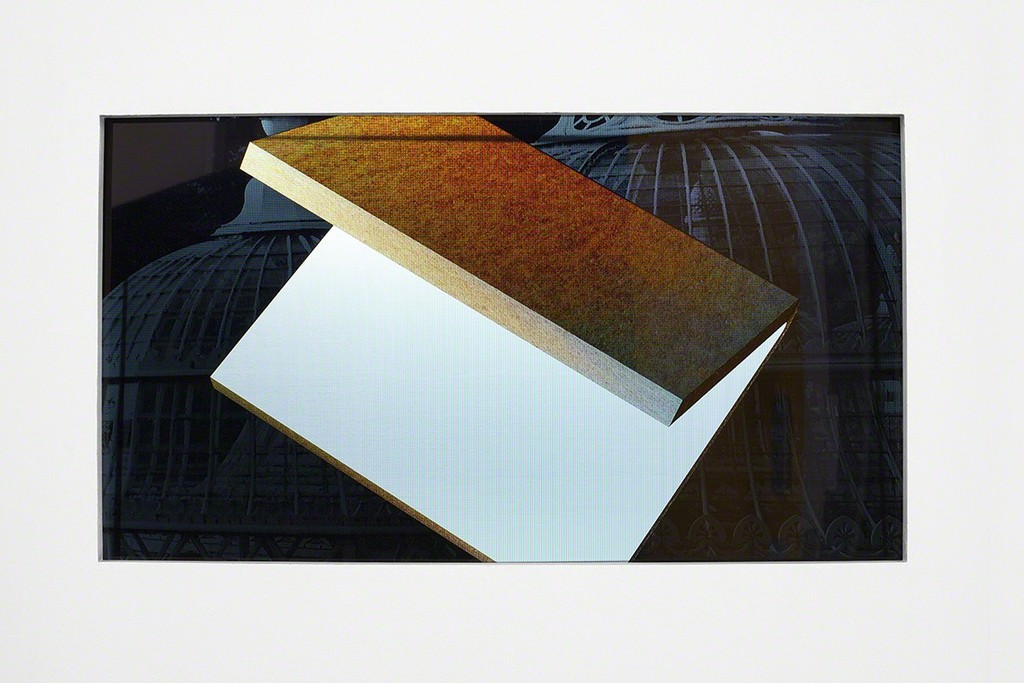 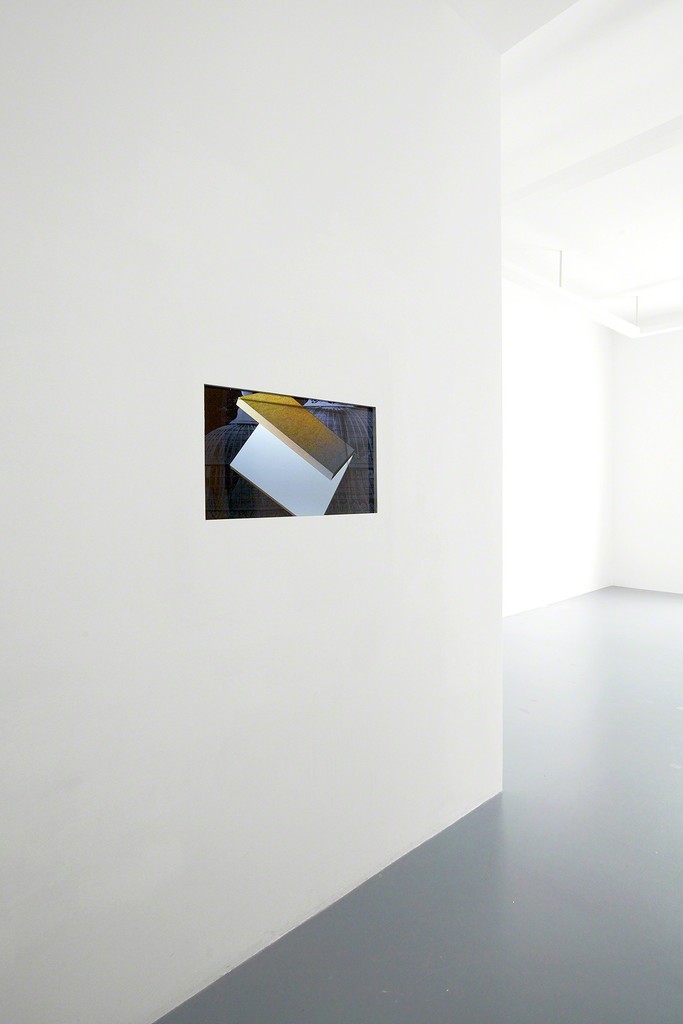 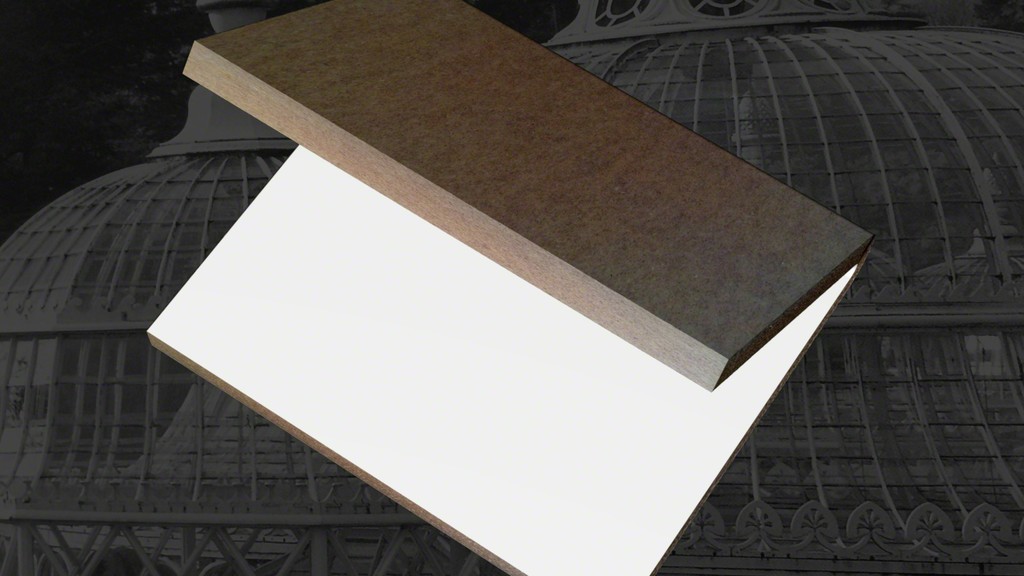 Der Würfel became inspiration for a new series of works in which he uses transparency as a mechanism to simultaneously embody an idea of something and render it inaccessible.

By isolating an object behind a surface it becomes synthesised. Derived from Greek origins, synthesis means “with” and “placing”. It refers to creating something by artificial means, or combination of two or more entities that together form something new. Hadjidjanos does both: by exploiting technological processes he arrives at new forms.

In ‘Transmission in Itself’ the synthesis is literal: a transparent screen inserted into a wall displays an animation of the section of wall it replaces. The real becomes a backdrop, still visible through the screen, while the digital version is integrated into the architecture of the gallery.