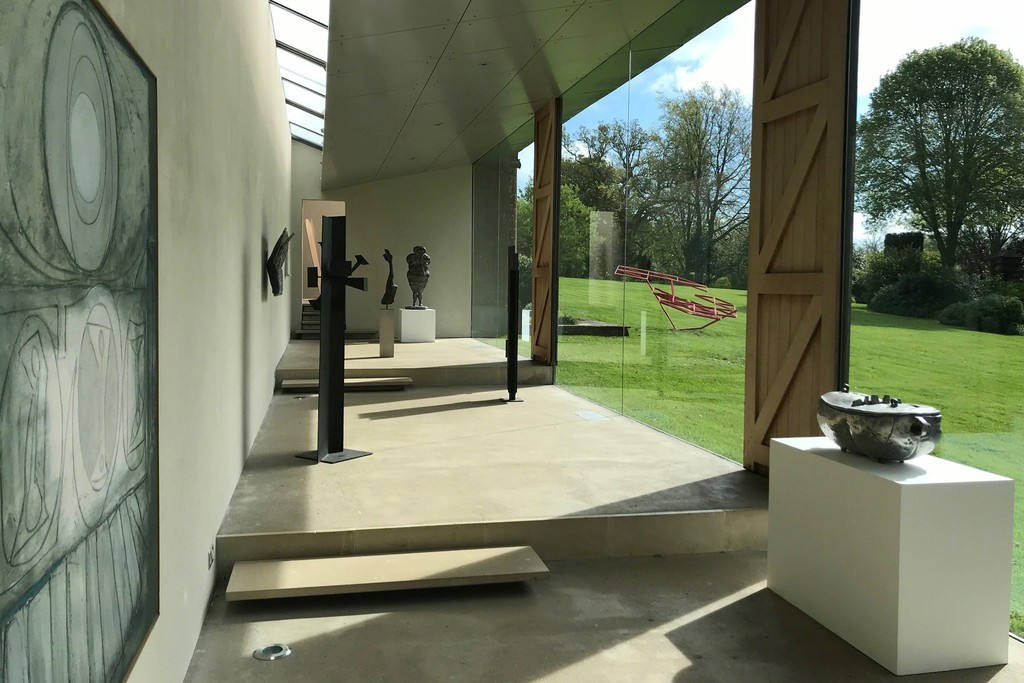 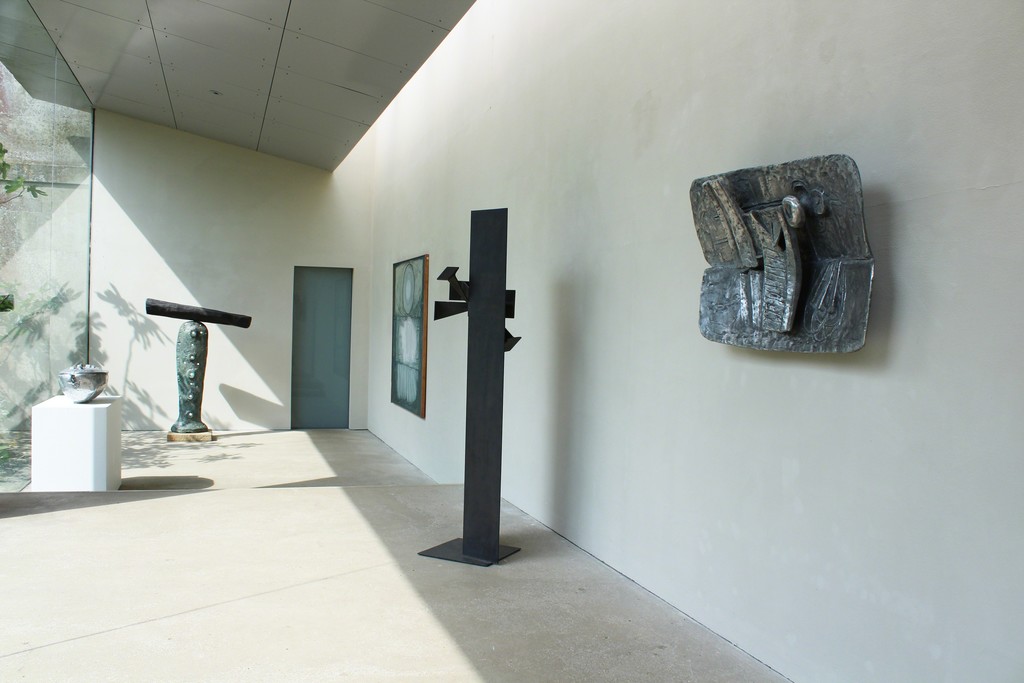 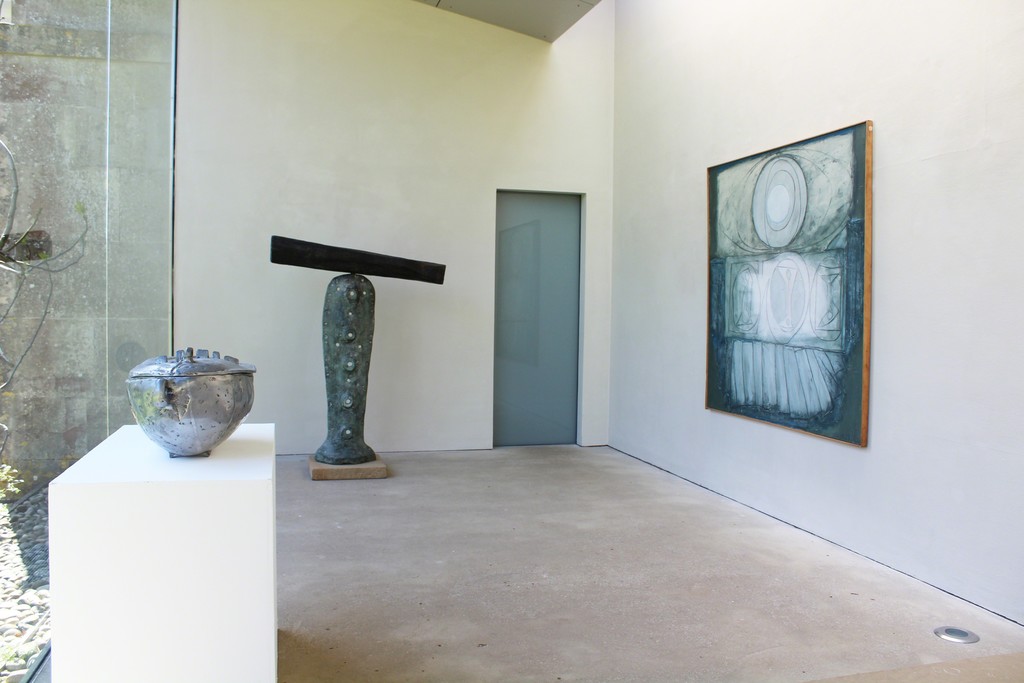 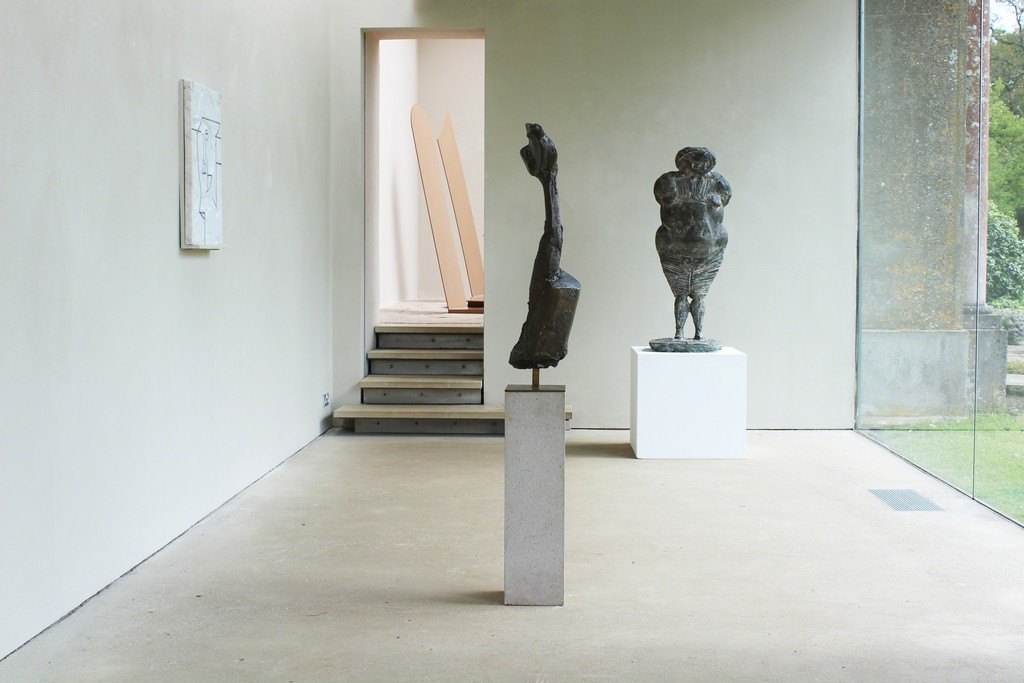 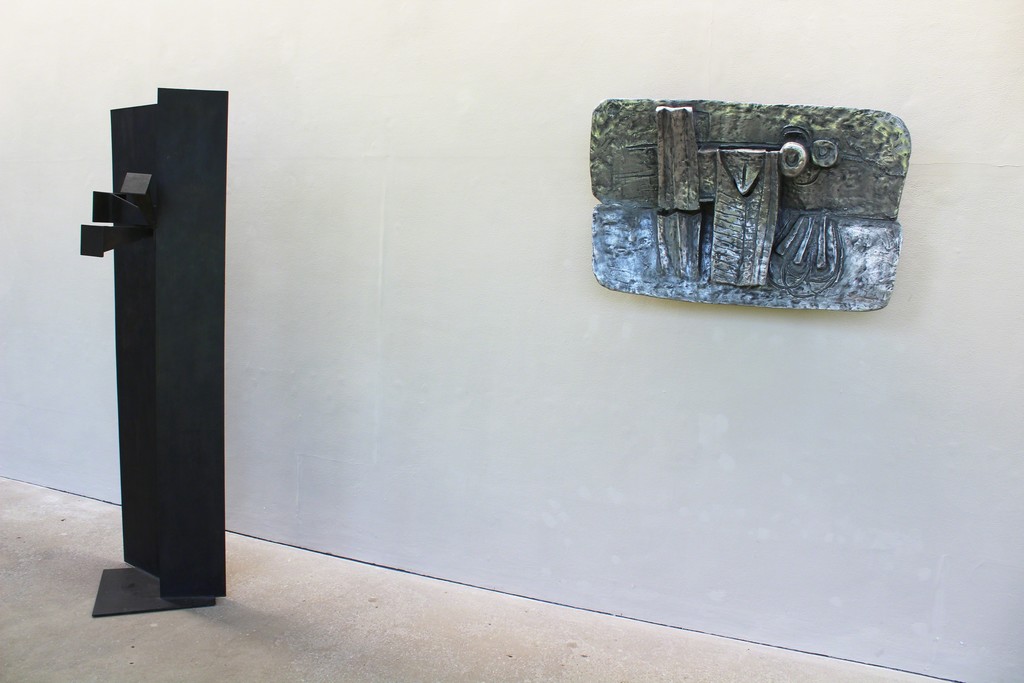 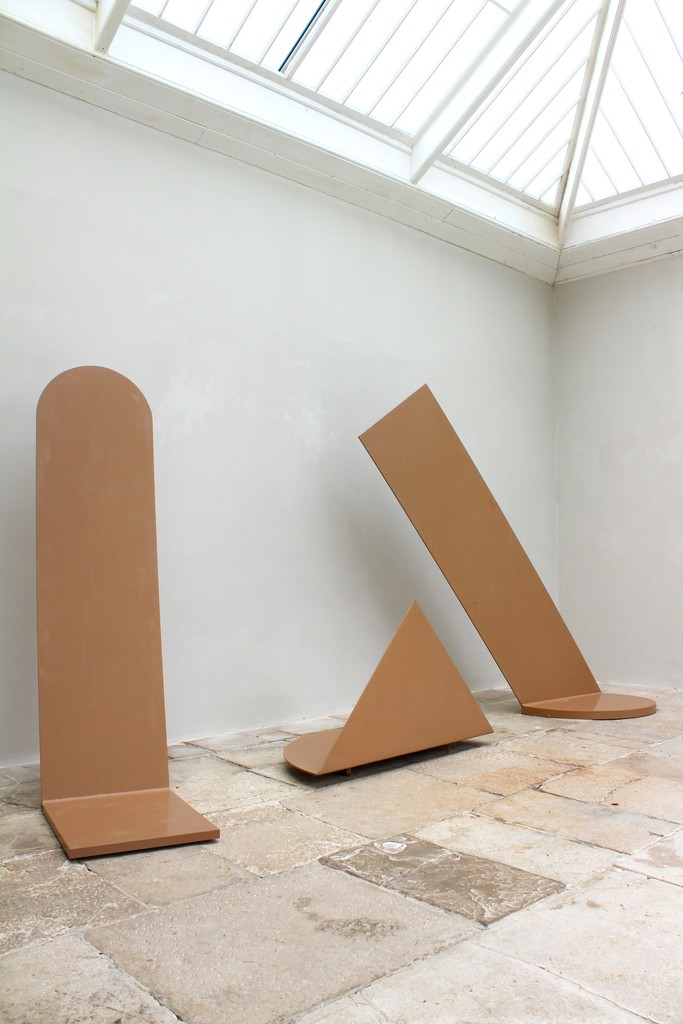 We are delighted to announce an exhibition in the gallery at Roche Court comprising important works by some of the most significant British artists of the last century, including sculpture by William Turnbull and Kenneth Armitage alongside paintings by Ceri Richards and Merlyn Evans. By juxtaposing diverse works from the 1960s and beyond, this new show will examine the contribution made by British artists - both formally and materially - which helped shape an art that was truly international in scope and significance. It also highlights the intersection between the different disciplines of sculpture and painting. Seen together, these works demonstrate the provocative impact the art of the 1960s had and its enduring appeal today.

A highlight of the exhibition is an important early sculpture by William Turnbull, one of a small number of unique works he made which explored ideas of balance and height through the totemic form. 'Pandora' combines wood and textured bronze. It refers to the human figure but is also completely abstract. This abstraction was important to Turnbull at this early stage of his career, and he explained that "once you move away from the naturalistic image you have so much more ability to put things where you want them, instead of working anatomically. You can deal with the relation between the work as shape and as a thing". 'Pandora' also illustrates Turnbull's fascination for the arresting frontal image, as opposed to sculpture viewed in the round: "the work must be perceived instantly, not read in time".

Moreover, 'Pandora' was inspired by Turnbull's interests in archaeological and anthropological artefacts, pre-classical forms of art and religious statuary as well as ancient mythology. Archaic imagery held a sense of timelessness for Turnbull. During visits to museums across the world he noticed that certain shapes recurred throughout history and he found that "something 3000 years old can look more modern than something made yesterday".

Alongside 'Pandora', the exhibition will feature works by Turnbull's peers including key examples by Robert Adams, Kenneth Armitage, Hubert Dalwood, Merlyn Evans, Bernard Meadows, Ceri Richards, and Isaac Witkin amongst others, as well an important drawing by Barbara Hepworth. Whilst in the sculpture park, there are also large-scale works by David Annesley, Michael Bolus, Anthony Caro and Gertrude Hermes. These pieces from the 1960s are shown in the park alongside works by subsequent generations, offering a unique survey of British art of the last 60 years which is our continued focus at the New Art Centre. In the Artists House we are also showing new work by Bruce McLean who made his own considerable mark in the 1960s.