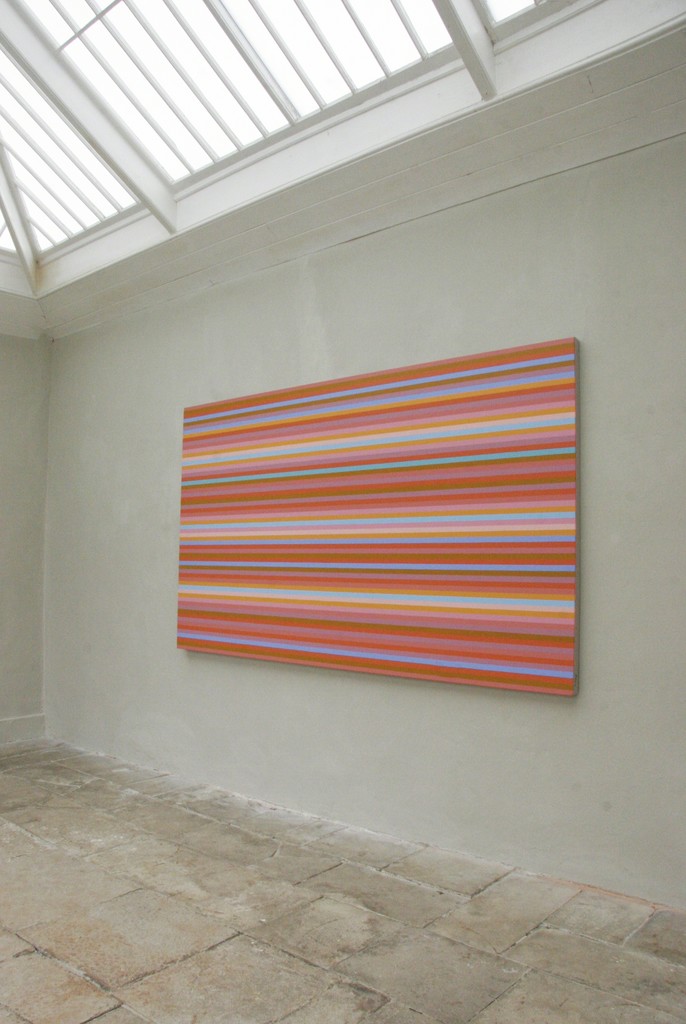 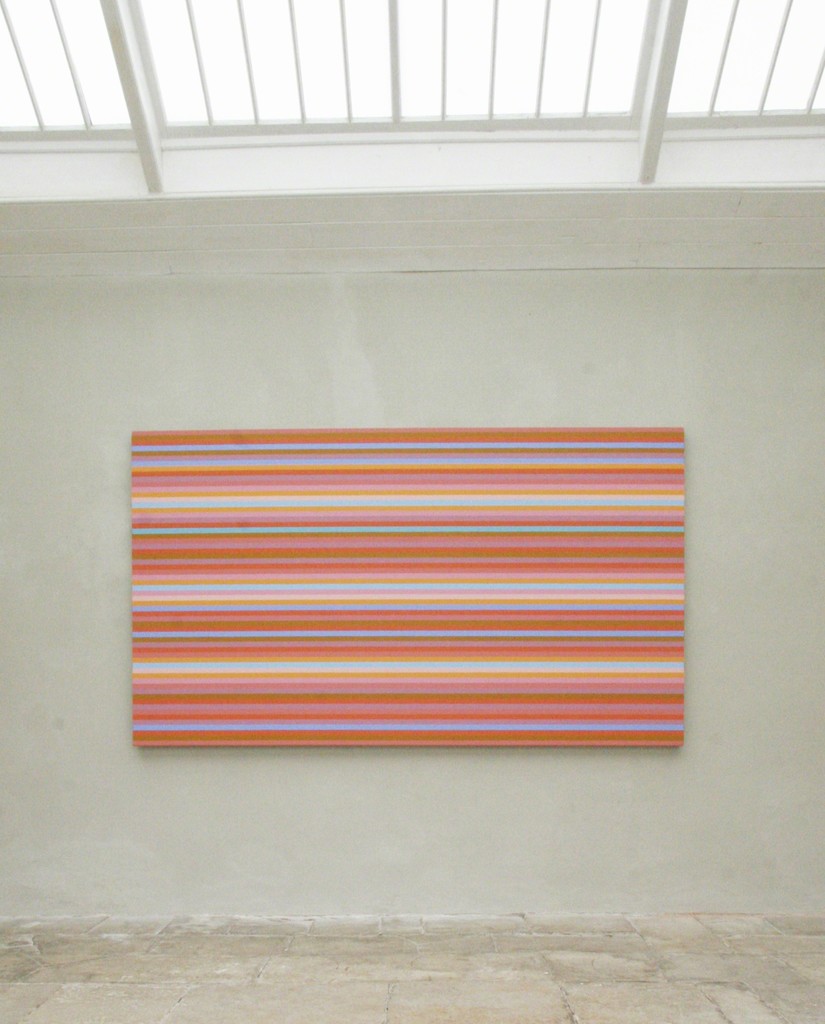 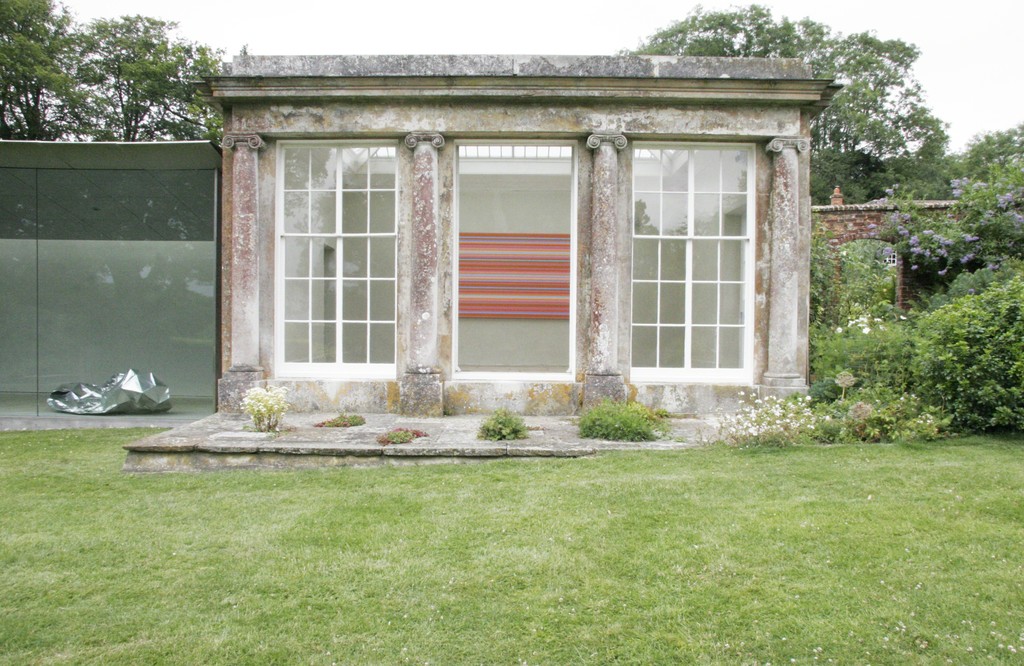 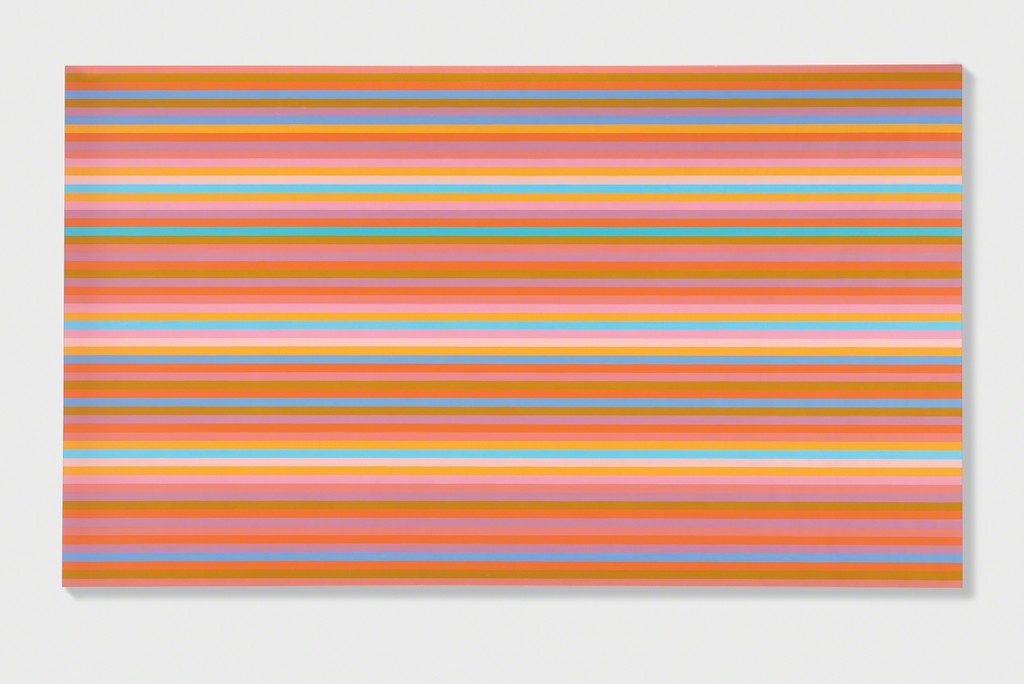 he New Art Centre is delighted to announce the unveiling in the Orangery at Roche Court of a large new painting by Bridget Riley in which she revisits her use of the stripe motif. In her most recent work, Riley has concentrated on these horizontal bands of alternating colours. The visual effect of their rhythm and dissolution is reminiscent of landscape painting, yet her investigation of perception is beyond representation or depiction. Instead, she has developed an analytical approach to building form with colour.

In the 1960s, Riley evolved a style in which she explored the dynamic potentialities of optical phenomena, mainly using black, white and grey; her so-called 'Op-art' paintings produced a disorienting physical effect on the eye and attracted international acclaim. She began working with pure colour in 1967, adopting stripes to create a structure which allowed cadences of colour to pulse and bring the paintings to life. Carefully choosing sequences of paint, Riley explored the subtle effects of each colour upon the next and created a kind of visual instability. Aligned horizontally, her use of colour even seems to extend beyond the picture plane. Since 2009 the stripe paintings have featured a warmer and brighter palette, while their structure has been opened up creating the impression of fleeting sensations of light and colour.