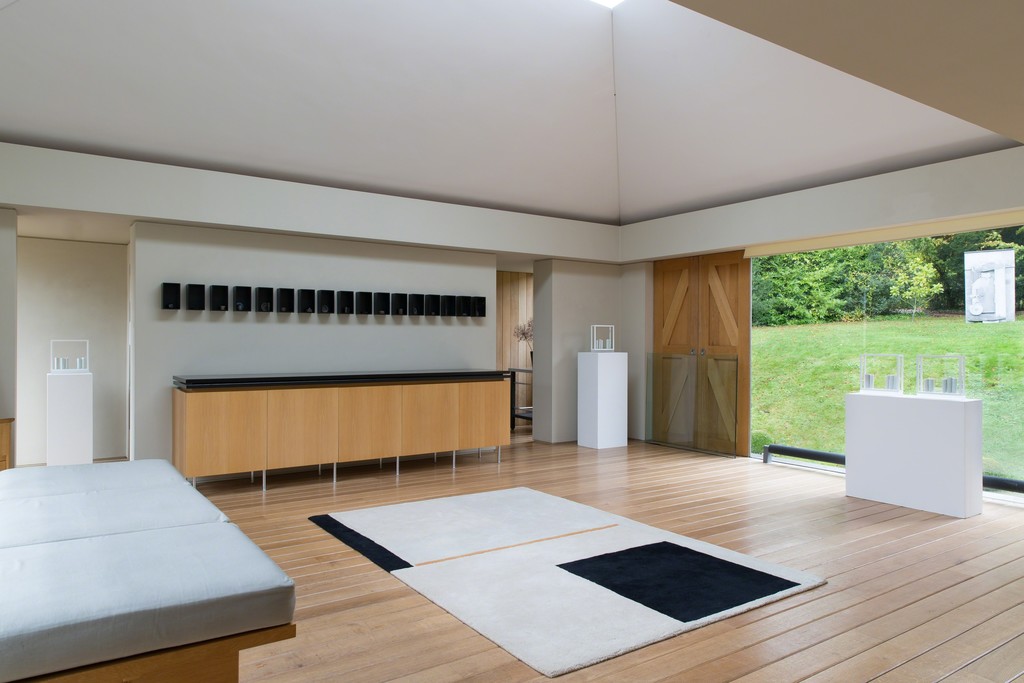 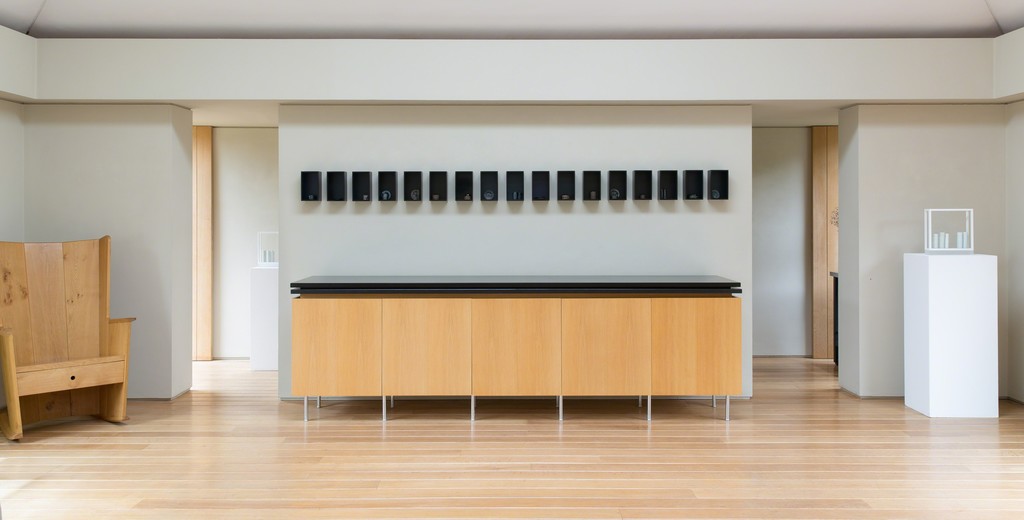 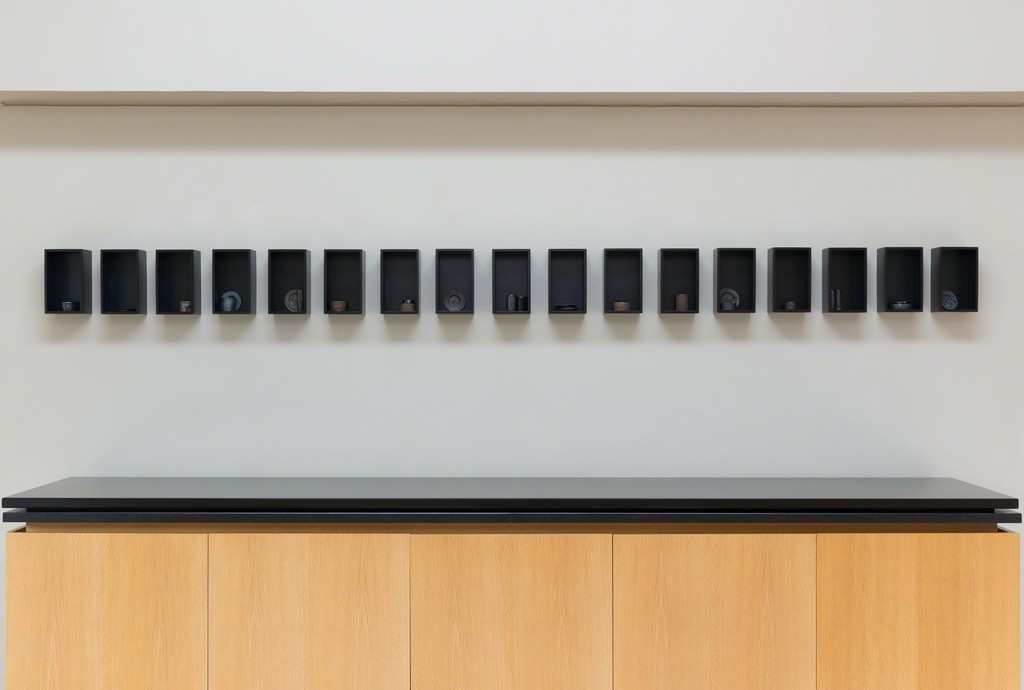 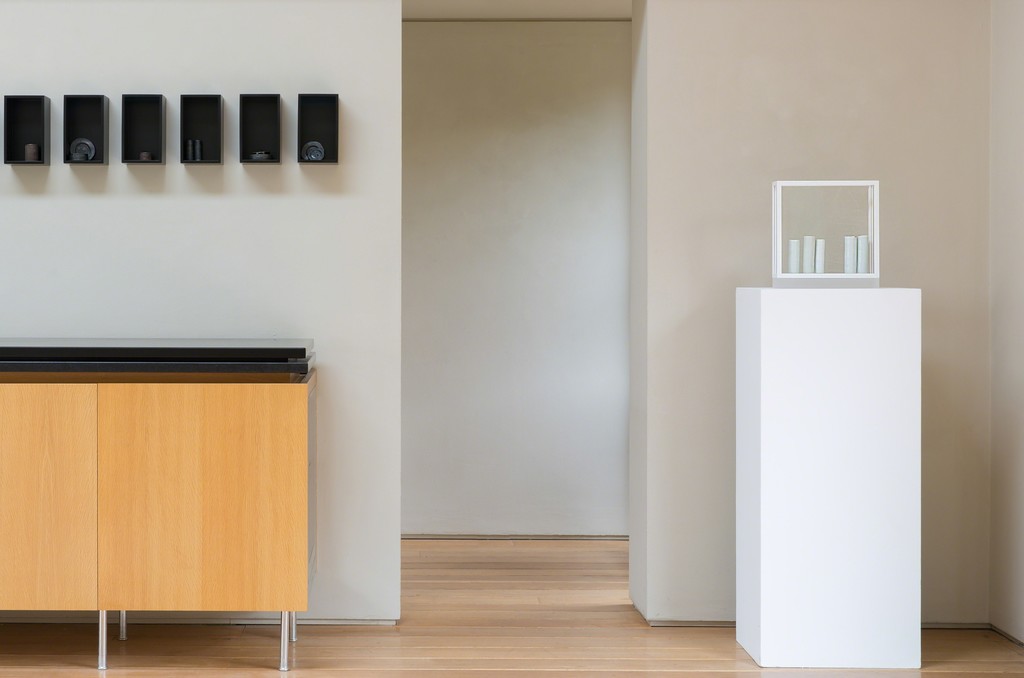 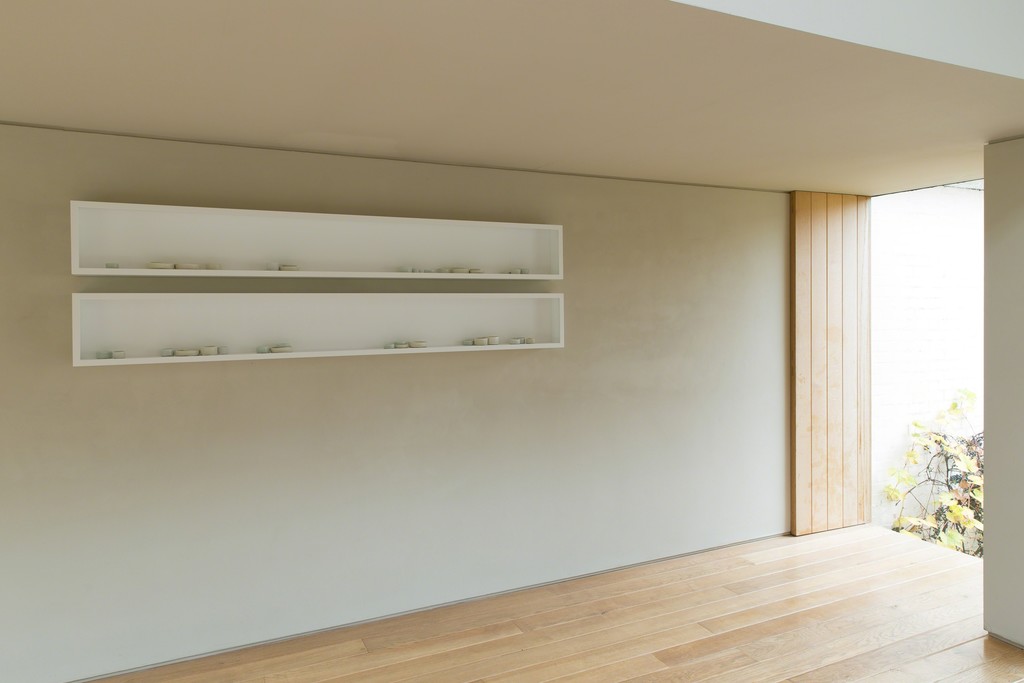 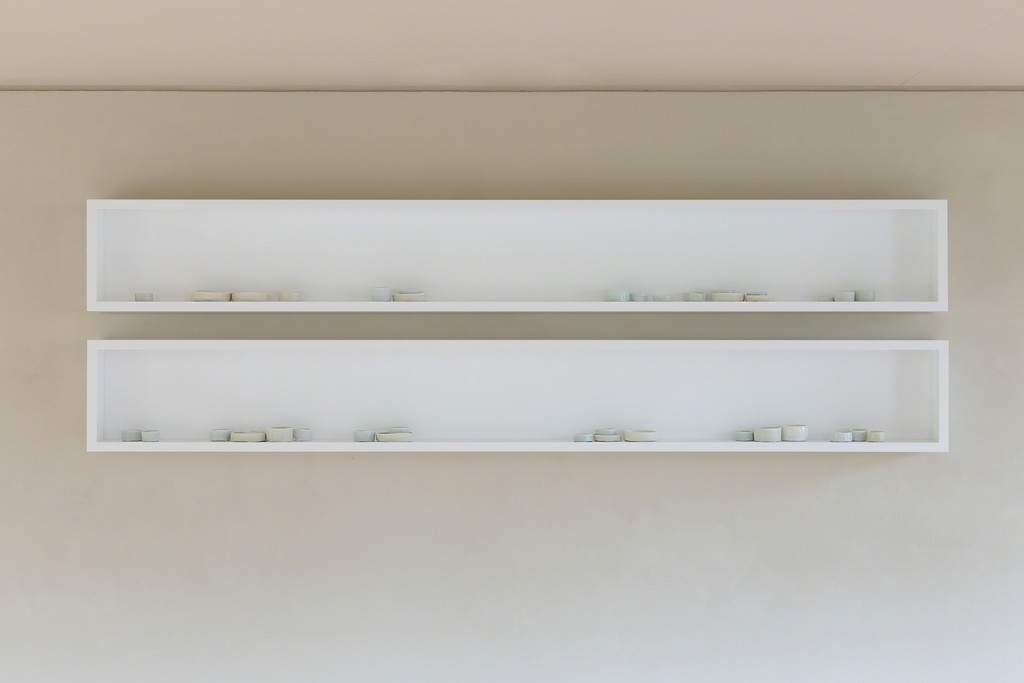 We are delighted to announce the exhibition of a body of new work by Edmund de Waal in the Artists
House at Roche Court. Originally conceived for the Pier Arts Centre in Stromness, these pieces
evoke a sense of place inspired by the unique light, landscape, mythology and history of Orkney.
They were first shown alongside works by David Ward and the collections donated by Margaret
Gardiner.

The title of our show is taken from a group of seventeen wall-mounted, glazed vitrines containing
various types of vessel in dark coloured glazes. The scale and texture of the porcelain is redolent of found objects, like sea-worn artefacts washed up on an Orkney beach. Moreover, with their stony
and metallic glazes and blistered or punctured surfaces, they suggest the kind of Neolithic or Iron
Age relics previously unearthed on the island. The title of another work, 'sgeir', is Gaelic for skerry or a small rocky island. The two lines of vessels in celadon and cream glazes contained in a pair of vitrines, appear like the distant horizon. A further six freestanding vitrines are like a series of islands scattered through the Artists House; their collective title 'holmr' is taken from an Old Norse word meaning a small island.

Our exhibition of Edmund de Waal's work coincides with two major events this autumn. In September, The White Road will be published. It is de Waal's memoir of making, in which he charts a journey through a thousand years of stories about porcelain. In addition, there is white: a project by Edmund de Waal in the Library and Print Room at the Royal Academy, which will interweave words and books with sculpture, paintings and photographs which de Waal has selected; white runs from 26 September 2015 - 3 January 2016. De Waal has also collaborated with the Aurora Orchestra to create 'On White', a festival of music and poetry at venues across London. See
www.auroraorchestra.com/events/ for the full programme.

Edmund de Waal has exhibited with the New Art Centre since 2004. He has made major installations for Chatsworth; Kettle's Yard; the Fitzwilliam Museum, the Victoria and Albert Museum; Waddesdon Manor; the Alison Richard Building (University of Cambridge); Southwark Cathedral; Turner Contemporary and the Theseus Temple in Vienna for the Kunsthistorisches Museum. He has exhibited internationally and his work is in major private and public collections throughout the world. His book, The Hare with Amber Eyes (2010), was recently awarded the Windham-Campbell prize for non-fiction by Yale University.