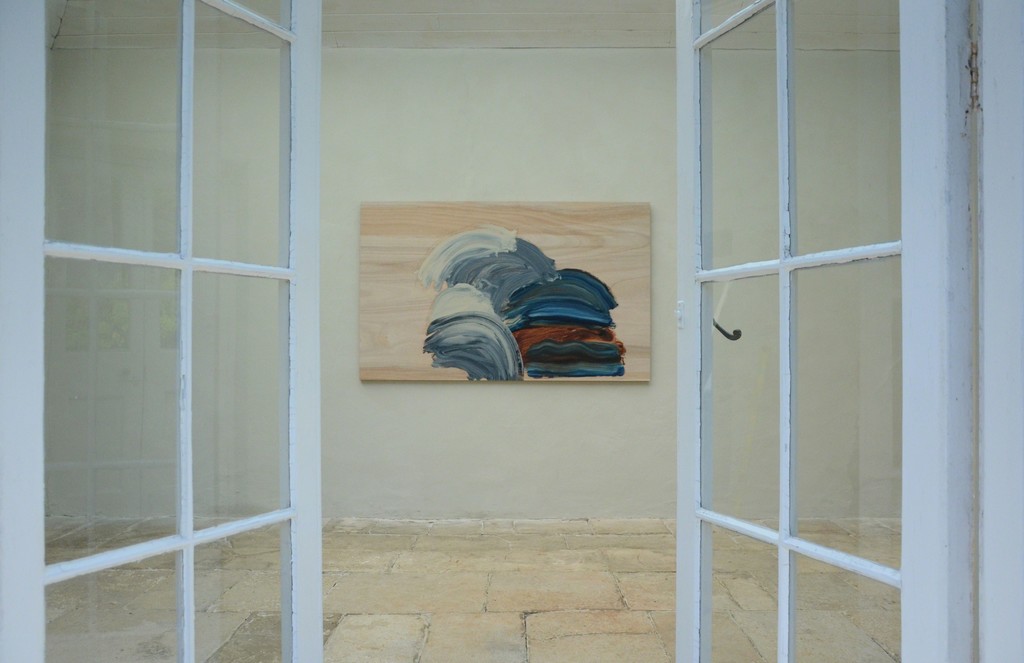 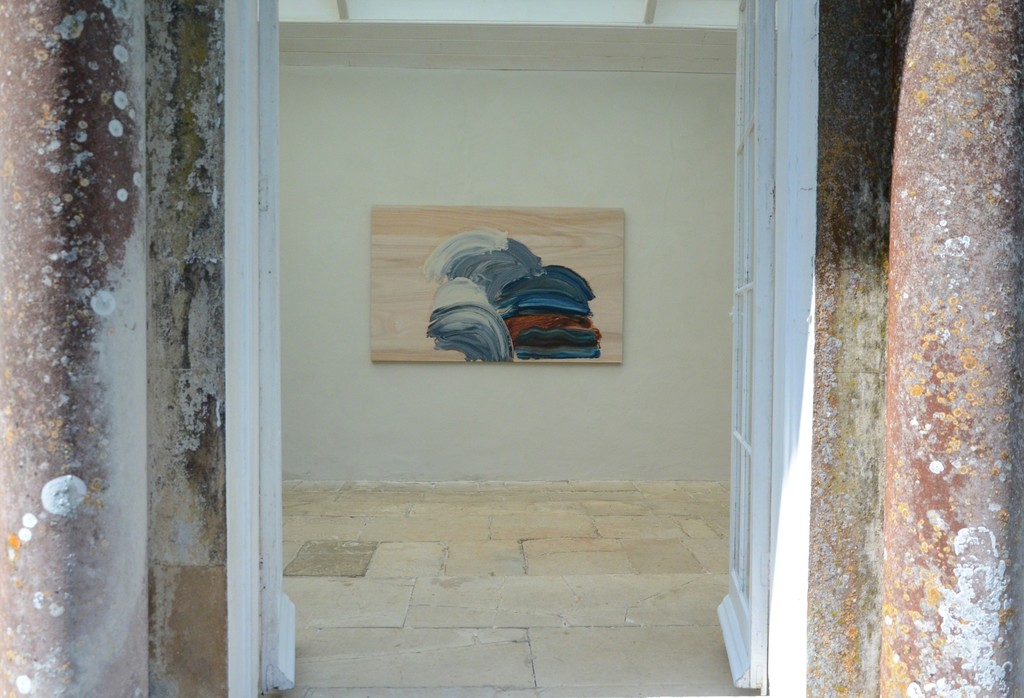 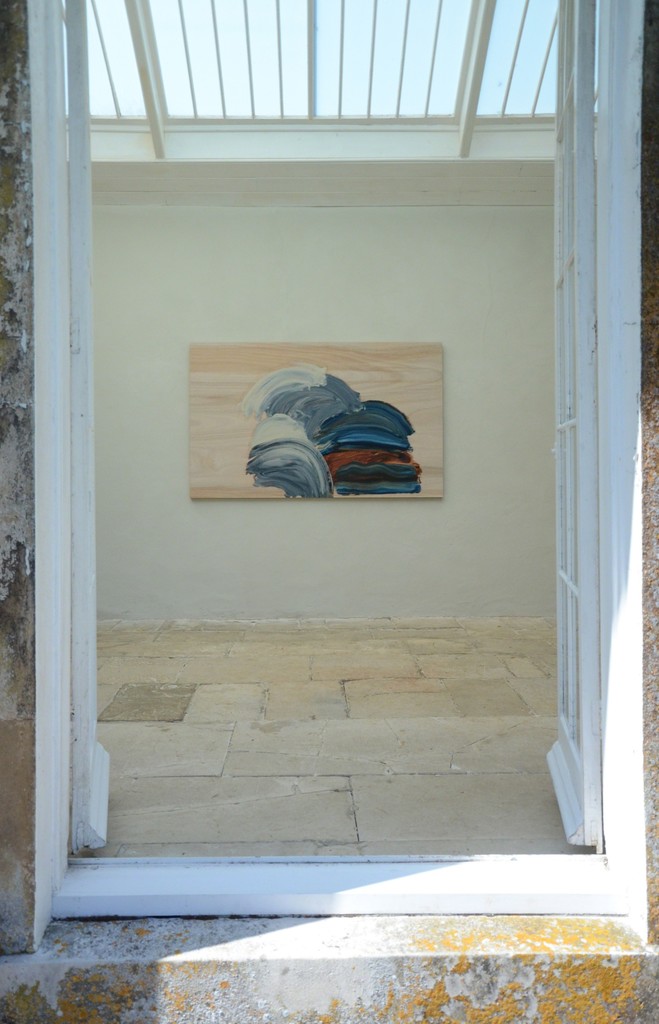 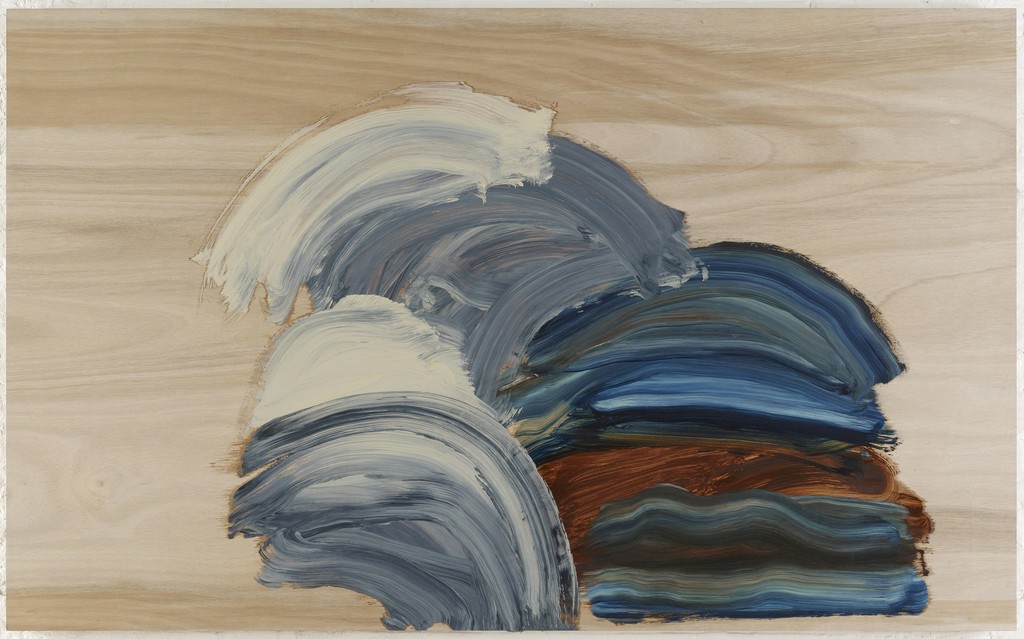 The New Art Centre is delighted to announce that Howard Hodgkin will be showing a large, new painting in the Orangery at Roche Court, entitled 'Arriving' it is the second in the series of single-picture exhibitions which began last year with Bridget Riley's 'Sentito (Blue)'. 'Arriving' revisits Hodgkin's preoccupation with the theme of travel, particularly through India, and with a sweeping tide of colour and gesture he recreates a sense of place combined with more ineffable qualities such as mood and emotion. As Shanay Jhaveri has written in the catalogue accompanying Hodgkin's most recent exhibition in Mumbai (2015):

Over the years, Hodgkin has repeatedly journeyed through India. He has looked on its landscape, meditated upon it, luxuriated in its beauty, confronted its toughness, and permitted the sensations that it provoked to remain, linger, and on occasion overwhelm him. The emotional effects stimulated by these moments are distributed across his work, as for example, in 'Indian Views', a series of twelve prints from 1971, inspired by how Hodgkin's vision of the Indian countryside was framed by the rectangular windows of the railway carriages he travelled in across the country... Over forty years later, the oil painting 'Arriving', with its vast tracts of exposed wood and buoyant curves gliding left and right, carries forward those comparable sensations of fluid apprehension, of the passing world, of a traveller en route.

Howard Hodgkin was knighted in 1992, awarded the Shakespeare Prize in Hamburg in 1997, and made a Companion of Honour in 2003.