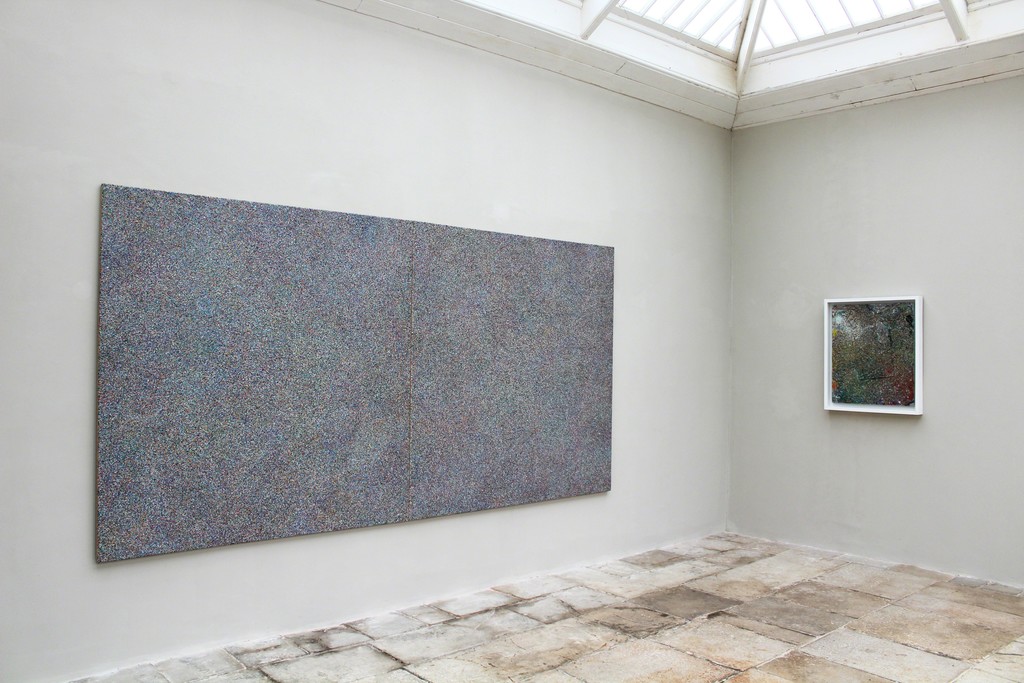 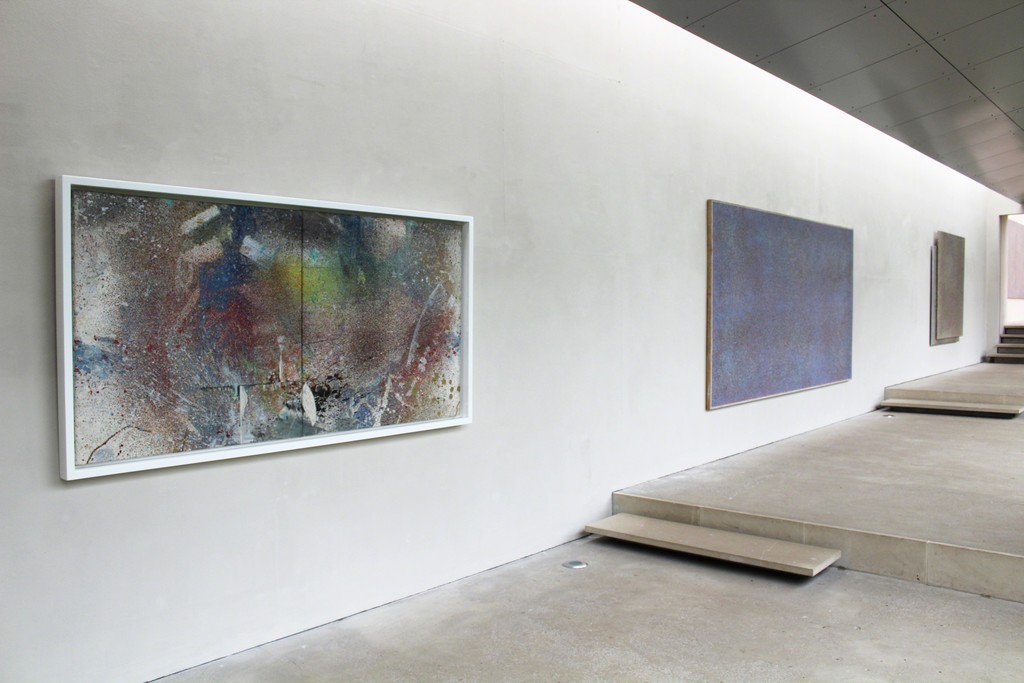 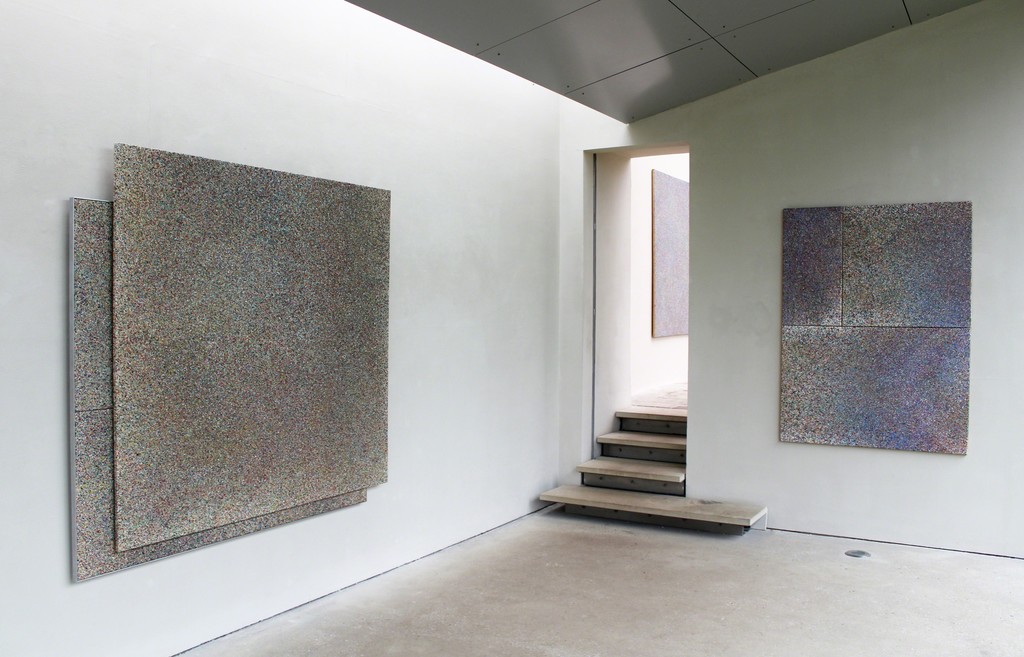 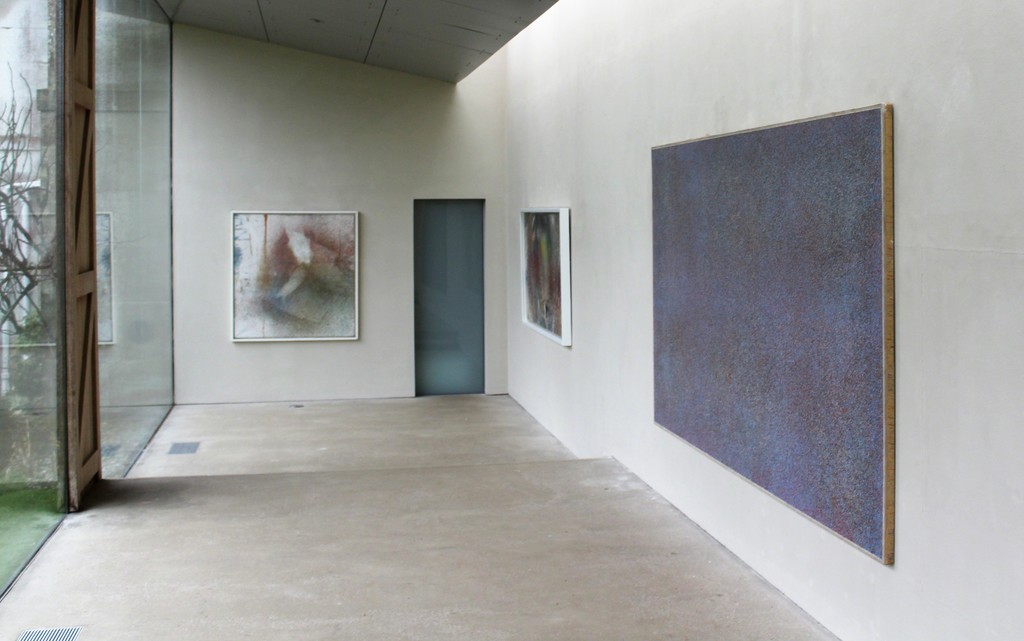 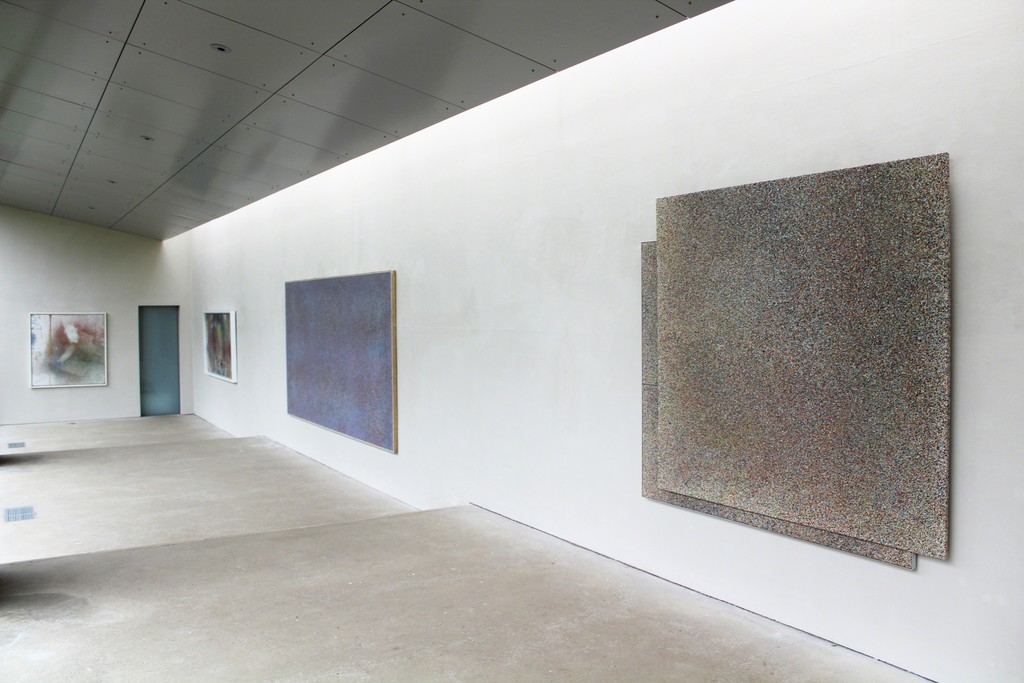 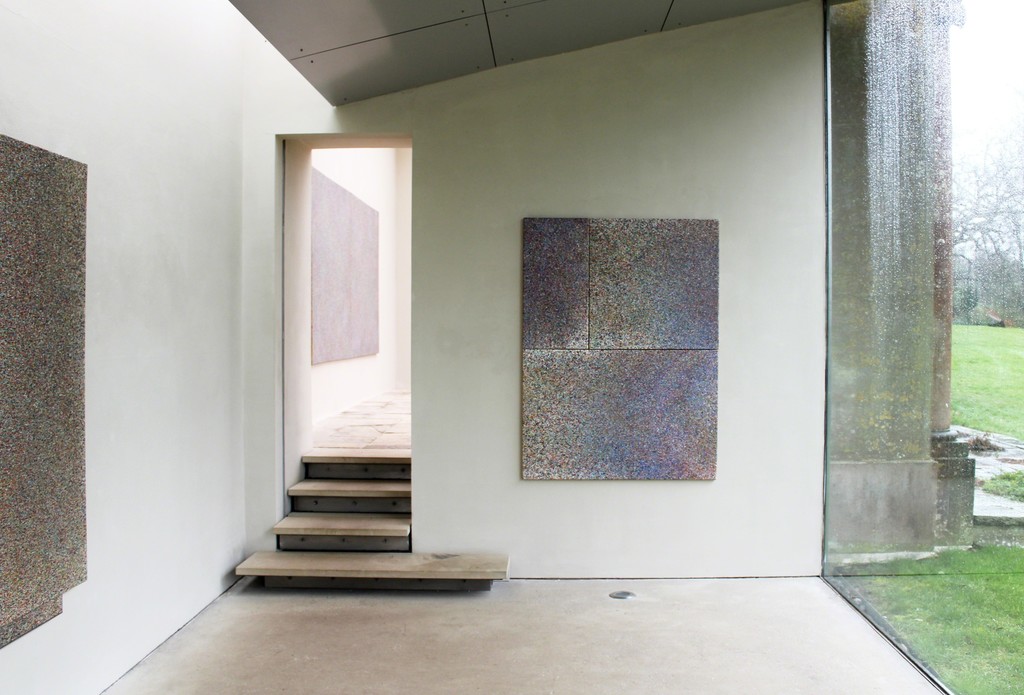 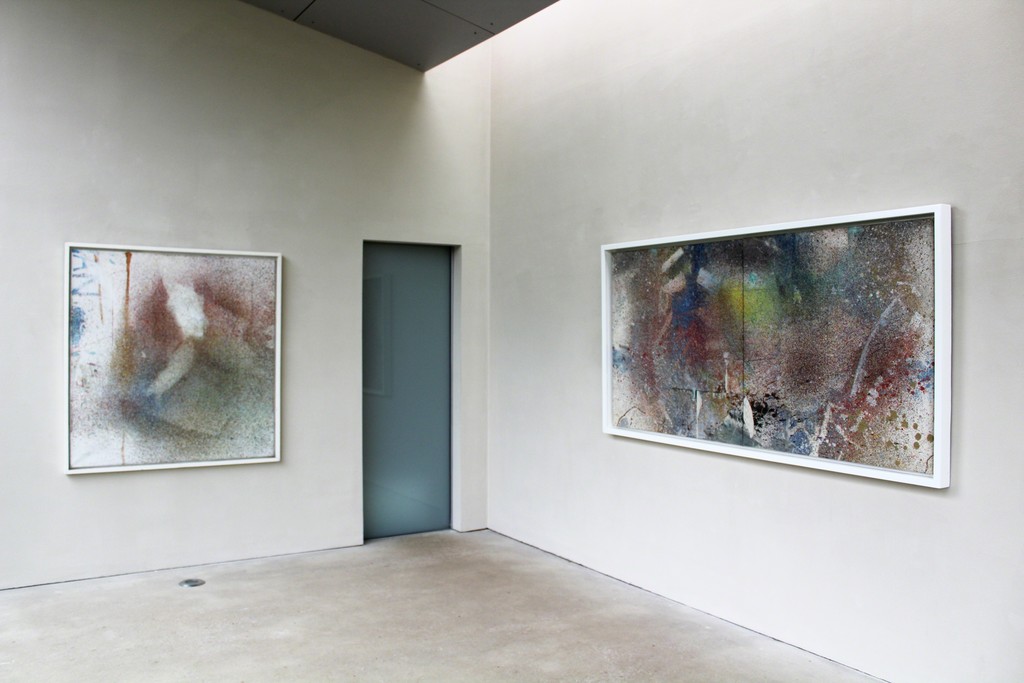 Ian Stephenson, alongside Hodgkin and Hockney, was one of the most important British painters of his generation. His works were regularly described as ‘the most beautiful being made in this country’ when they were first seen in London in the 1960s (as quoted in Joanna Drew’s introduction to the catalogue for Stephenson’s exhibition at the Hayward Gallery in 1977). Mesmerising and immersive, they are made up of thousands of tiny dots of paint, each individual and distinct, yet together forming constellations that float over their surfaces, whether canvas or paper.

Stephenson was born and brought up in Northumberland, and something of that county’s big skies and uncertain boundaries seems to underlie his work. As a young man, he had painted topographical watercolours of the North-East coast with his father, an amateur painter and journeyman. Later, as a Studio Demonstrator at King’s College, Newcastle, he worked with Richard Hamilton and Victor Pasmore on their influential ‘Basic Design’ course, relishing its radicalism. He experimented with scale, depth, form and function, painting on objects such as boards or palettes rather than from them, and ridding himself of that art-school chestnut, the subject, by smothering it in a plethora of dots. The dots gradually assumed a life of their own, teeming across expanses, collecting into pools or clusters, or swarming over fields until they became fields in themselves. Stephenson even took to writing the words ‘any orientation’ on the back of his canvases, to emphasise the fact that traditional composition had gone out of the window, structure no longer applied, and subject-matter was indefinable. Yet somehow, his works give out a tremendous feeling of physical space. His first critic, Andrew Forge, called them ‘pictures of nothing which are about everything’. It is as if he were synthesising abstraction with his earliest experiences of the natural world, and orchestrating them into a rhythmic equation, in which space and matter, time and process are all suspended in a single dynamic image.

Stephenson’s fascination with the formal possibilities of painting are part of their seduction. The minute particles of paint that he flicks or sprays from a brush can both reveal and obliterate. Planes can be read as solid or void. Edges as central or peripheral. Objects as subjects, or subjects as objects. Even where a picture begins or ends is open to question, especially in the large, all-over canvases, where millions of dots form into continuous clouds, dissolving or expanding depending on where you stand in relation to them. These are works suffused with Stephenson’s excitement at the ambiguities and nuances that painting can offer. They are full of minute particulars, heading towards infinity.

Ian Stephenson RA (1934-2000) studied Fine Art under Professor Lawrence Gowing at King’s College, Newcastle and was awarded a first-class BA at Durham University. The New Art Centre gave Stephenson his first solo show in London in 1962 and continued to exhibit his work throughout the 1960s. Stephenson also exhibited across Europe and in the UK including major solo exhibitions at the Laing Art Gallery (1970); the Hayward Gallery (1977) and at Birmingham Museum and Art Gallery (curated by Andrea Rose) in 1978. His work is in the collections of Tate, Arts Council, Whitworth Art Gallery, British Council and the Fitzwilliam Museum amongst many others. Famously, Stephenson's work was selected by Antonioni to be included in his seminal film Blow-Up of 1966. Most recently, Stephenson's work has been the subject of exhibitions at Roche Court in 2005 and a retrospective at the De La Warr Pavilion in 2006 which toured to The Baltic Centre for Contemporary Art. Ian Stephenson’s work is also on permanent display at the Watchtower Gallery, Berwick upon Tweed which is run by his wife Kate.