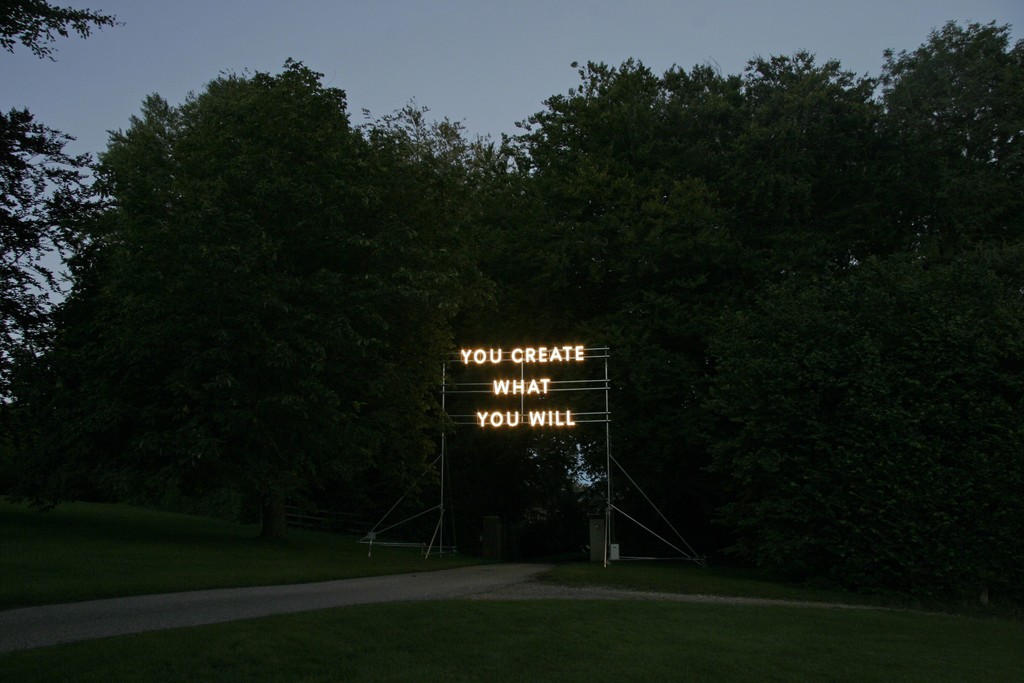 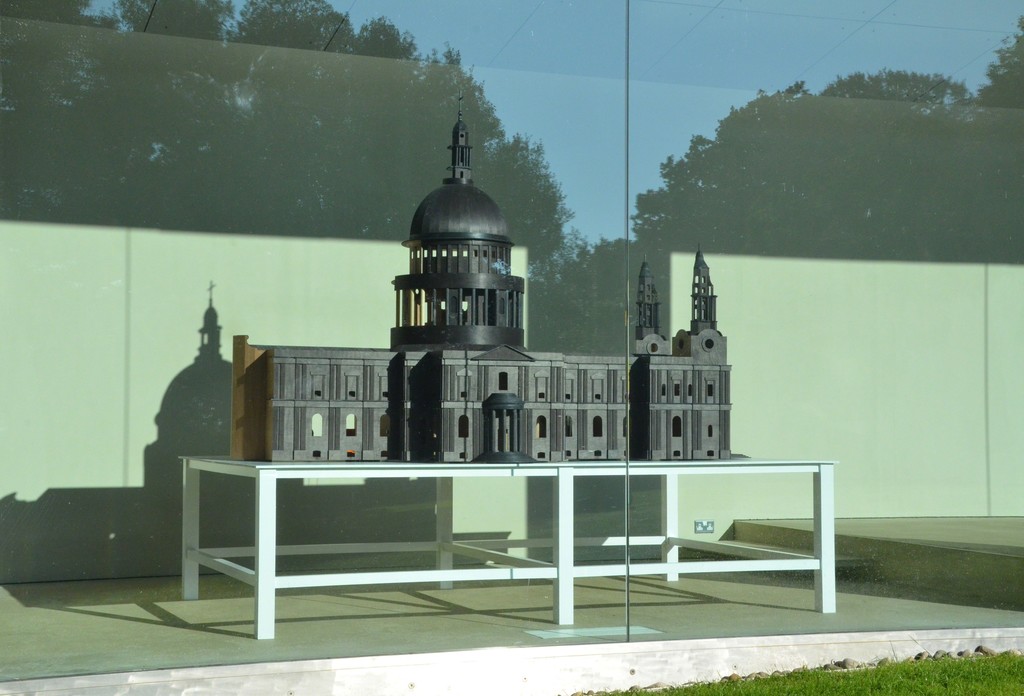 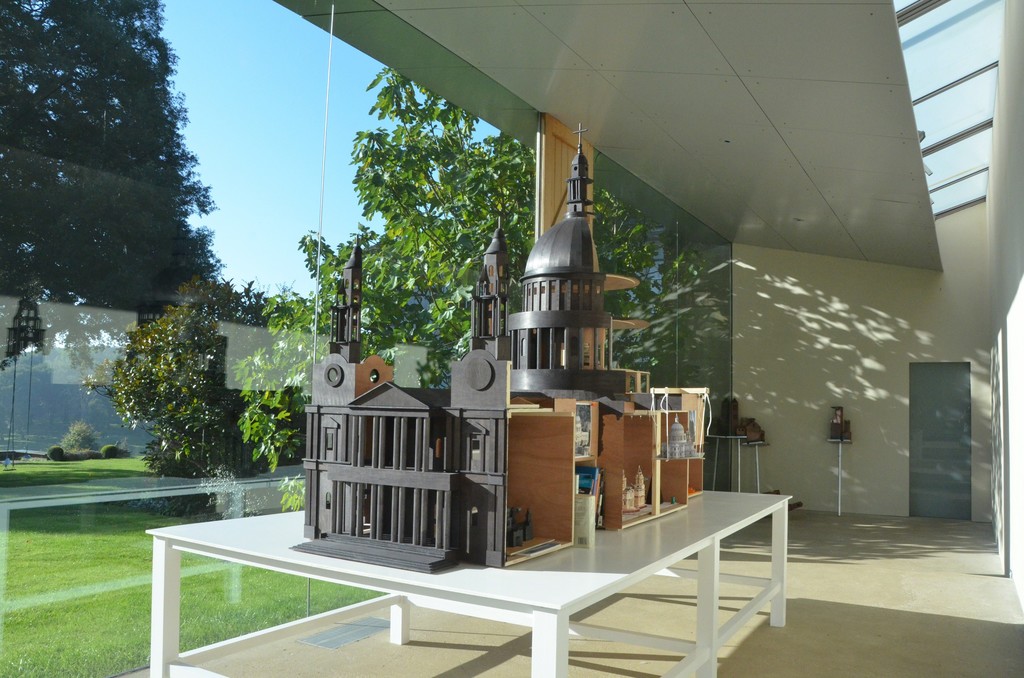 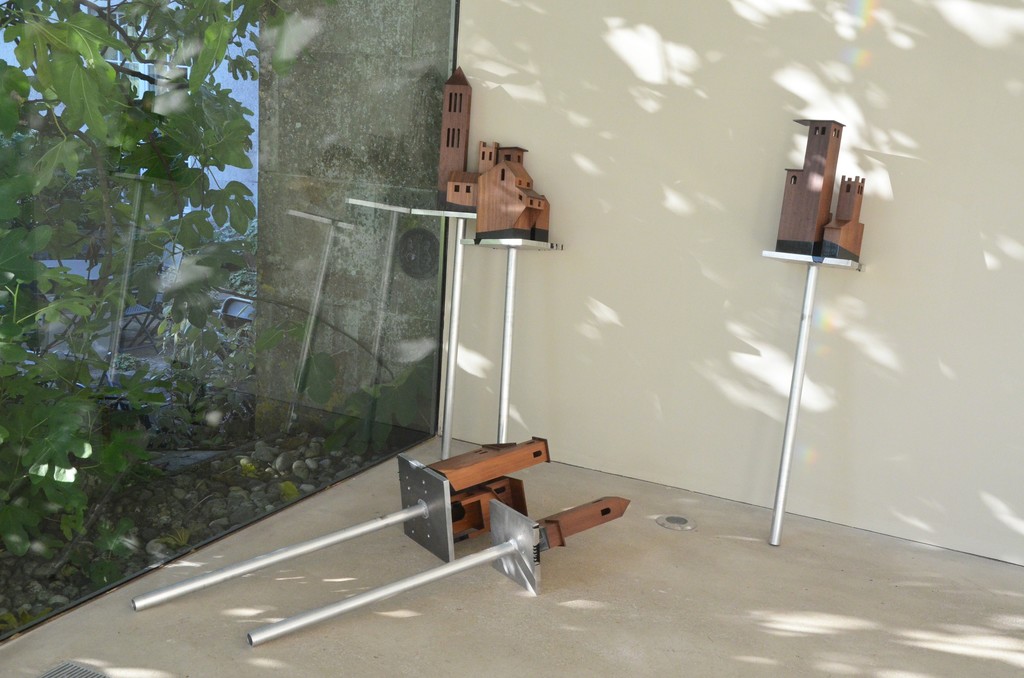 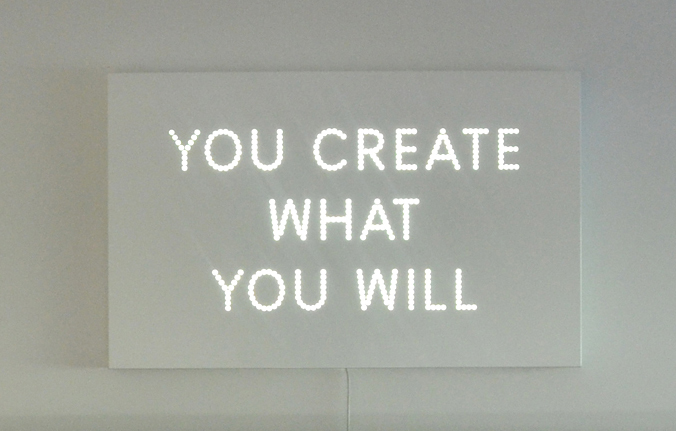 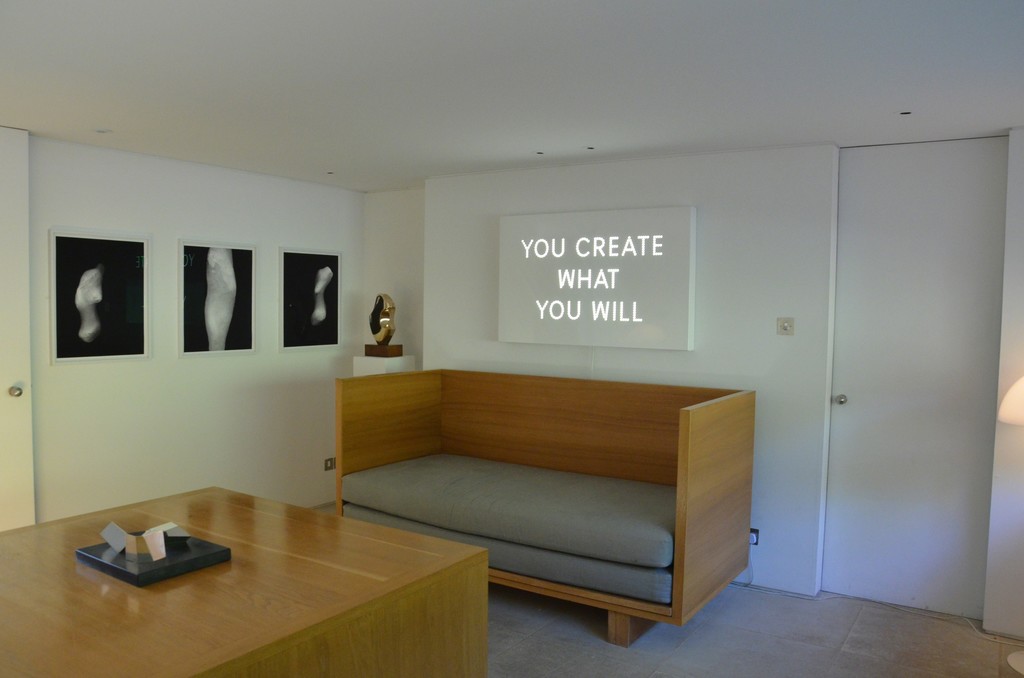 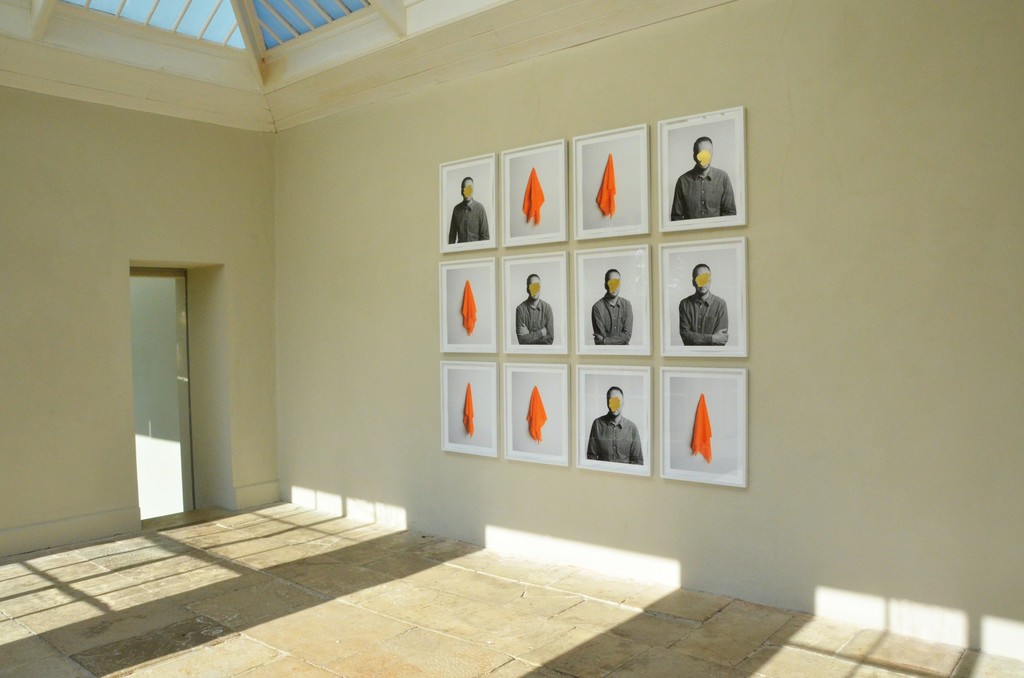 'THE SERPENT: She told it to me as a marvellous story of something that never happened to a Lilith that never was. She did not know then that imagination is the beginning of creation. You imagine what you desire; you will what you imagine; and at last you create what you will.'

Bernard Shaw, 'Back to Methuselah:
A Metabiological Pentateuch', 1921

This outdoor work by Nathan Coley proclaims in illuminated text on a scaffolding support some seven metres high that 'You Create What You Will'. Coley's series of similar public announcements have been shown around the world to great acclaim, however 'You Create What You Will' has never been shown in the UK before. The text originates from Bernard Shaw's play 'In the Beginning: B.C. 4004' (published as part of a collection of 5 plays in 'Back to Methuselah') and is an allegorical tale of Adam and Eve, as avatars for aboriginal humanity, set at the dawn of creation. For this, Nathan Coley's first exhibition at the New Art Centre, it forms an appropriate gateway to the sculpture park at Roche Court as it is a unique place of imagination, creation and will. Further new and recent works by the artist will be shown in the gallery.

Emanating from a re-envisioning of an Old Testament text, 'You Create What You Will' is typical of Coley's practice, which is based on an interest in public space, and how systems of personal, social, religious and political belief structure our towns and cities, and thereby ourselves. One of his most famous works, 'The Lamp of Sacrifice, 286 Places of Worship, Edinburgh', (2004) is an installation comprising cardboard models of the 286 religious and spiritual buildings that were then listed in the Yellow Pages under "places of worship". With it Coley explored the notions of faith and community in a modern world, but also the idea that buildings and architecture are two separate things - one being functional and the other art. He has continued to explore such ideas in the more recent works such as 'Paul' and a series of 'Parade Sculptures', which he will show at Roche Court. For 'Paul', St Paul's Cathedral has been recreated as a large-scale wooden model in minute detail containing a collection of cathedral paraphernalia; it is at once a cabinet of curiosity and a signifier of faith, but is also redolent of the church as a site of conflict, scrutiny, questioning, unrest and occupation. His collection of 'Parade Sculptures' are likewise small-scale architectural models which look at first like the kind of buildings found in medieval donor portraits, in fact are taken from photographs of housing blocks, partially destroyed by terrorism, war or UN-sanctioned military action.

Nathan Coley was born in 1967 in Glasgow. He studied at The Glasgow School of Art from 1985 to 1989 and in 2007 he was shortlisted for the Turner Prize. His work is represented in many international public and private collections. Most recent exhibitions include solo presentations at the Brighton Festival; Gallery of Modern Art, Glasgow; Future Perfect, Singapore; Kunstverein Freiburg and Jupiter Artland. His work has been included in exhibitions at: Centre for Contemporary Art, Derry/Londonderry; Triennial Brugge; Sydney Biennial; Istanbul Biennial and the Folkestone Triennial. Nathan Coley lives and works in Glasgow.