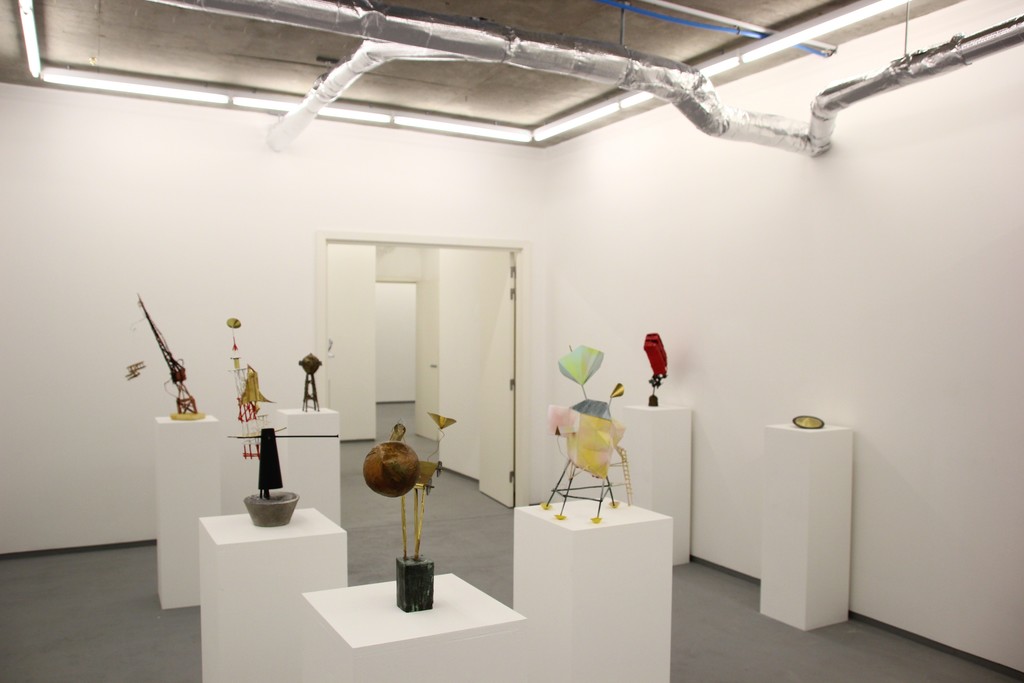 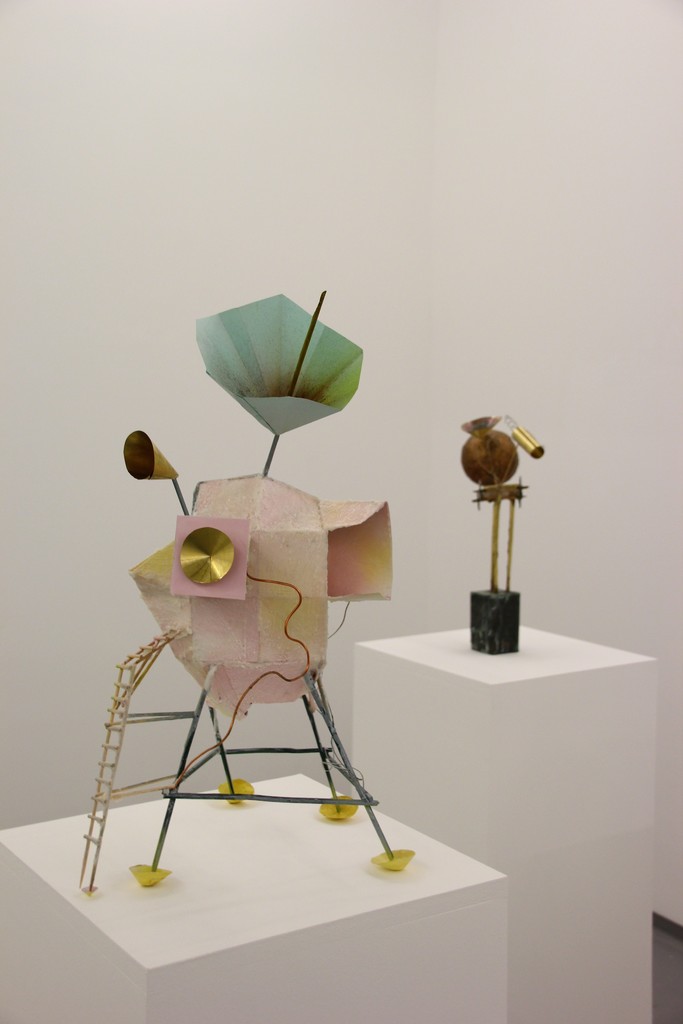 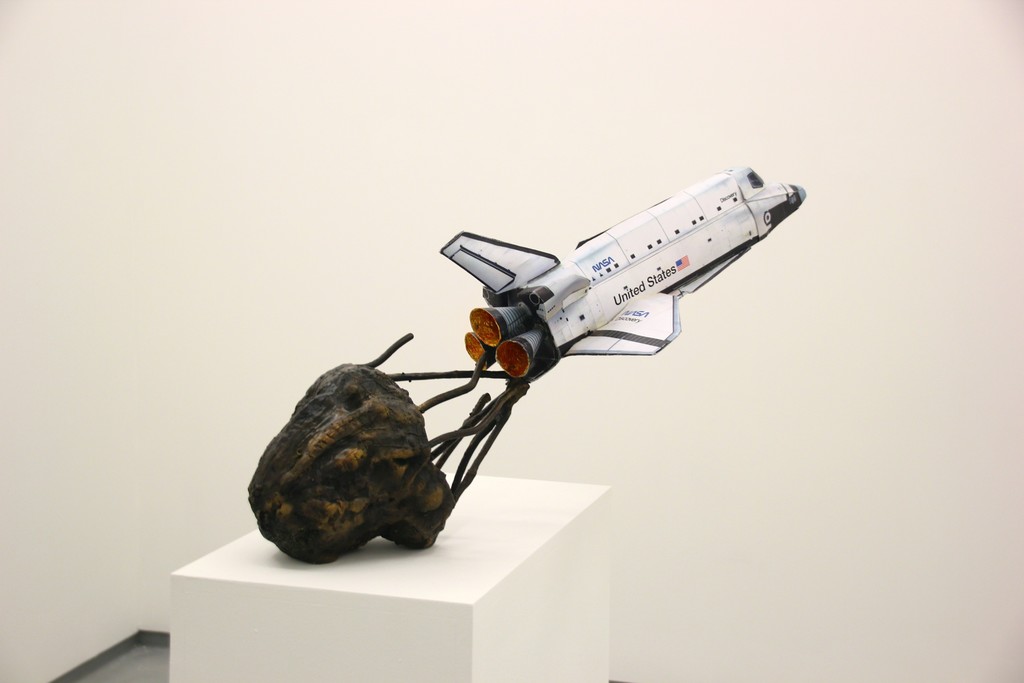 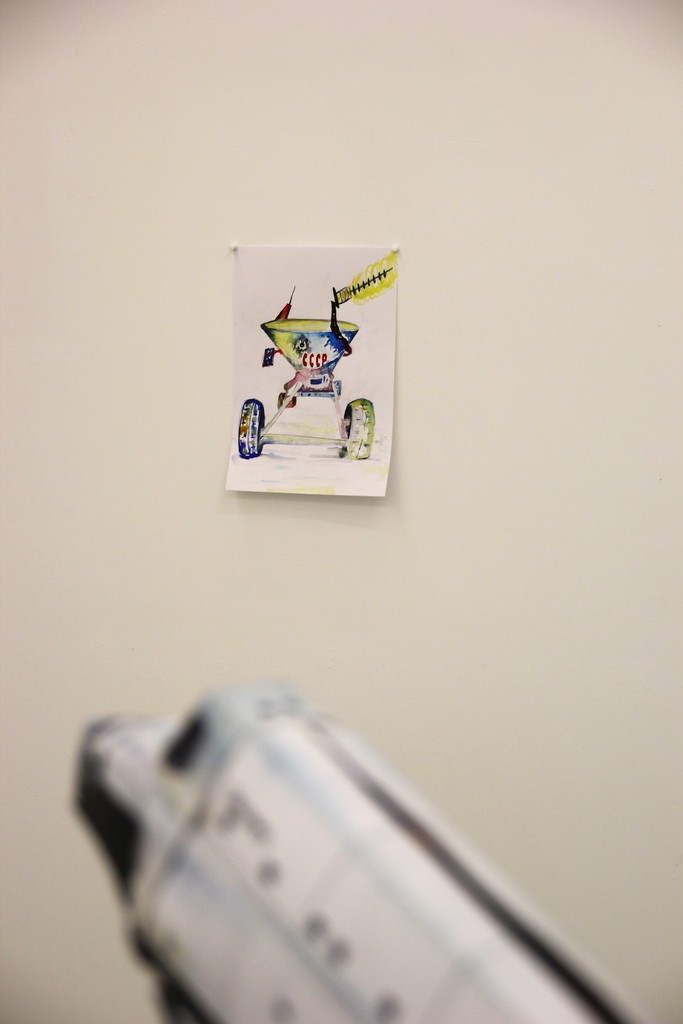 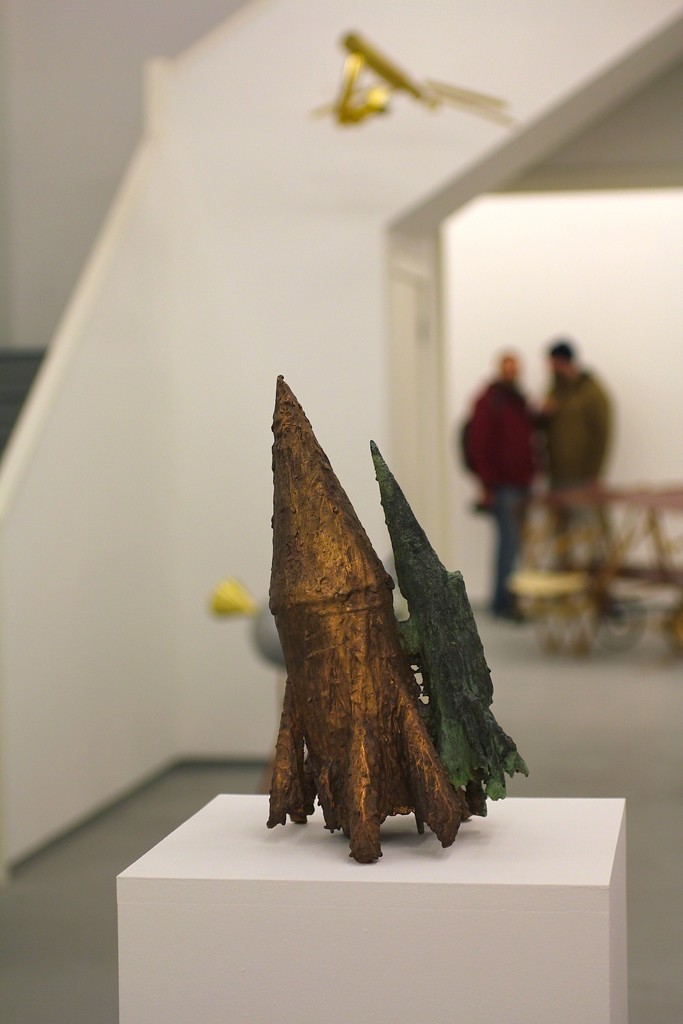 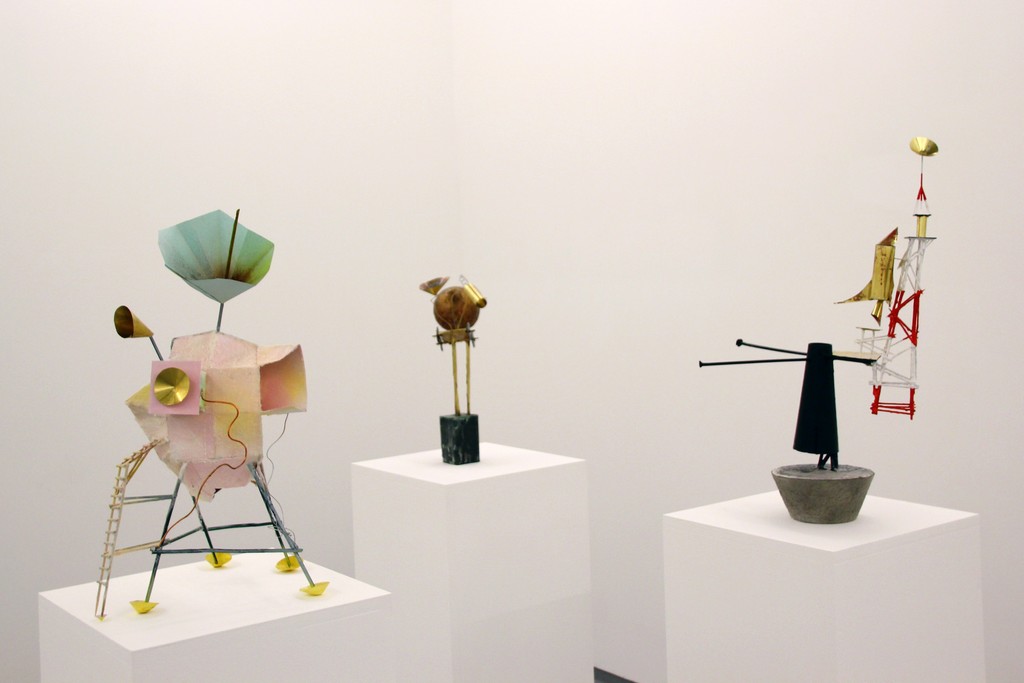 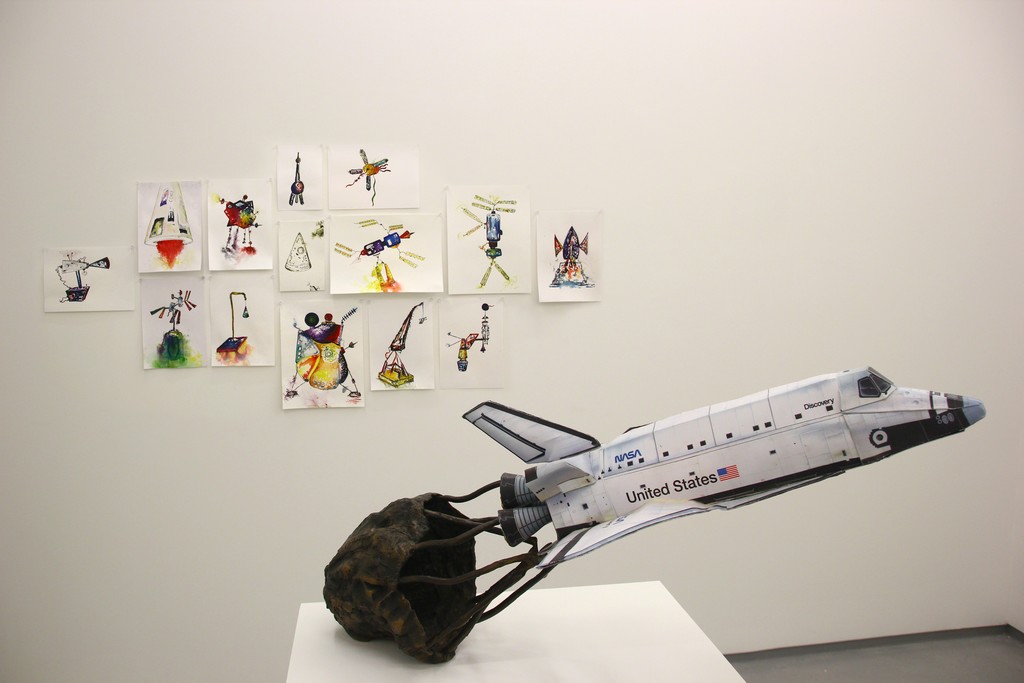 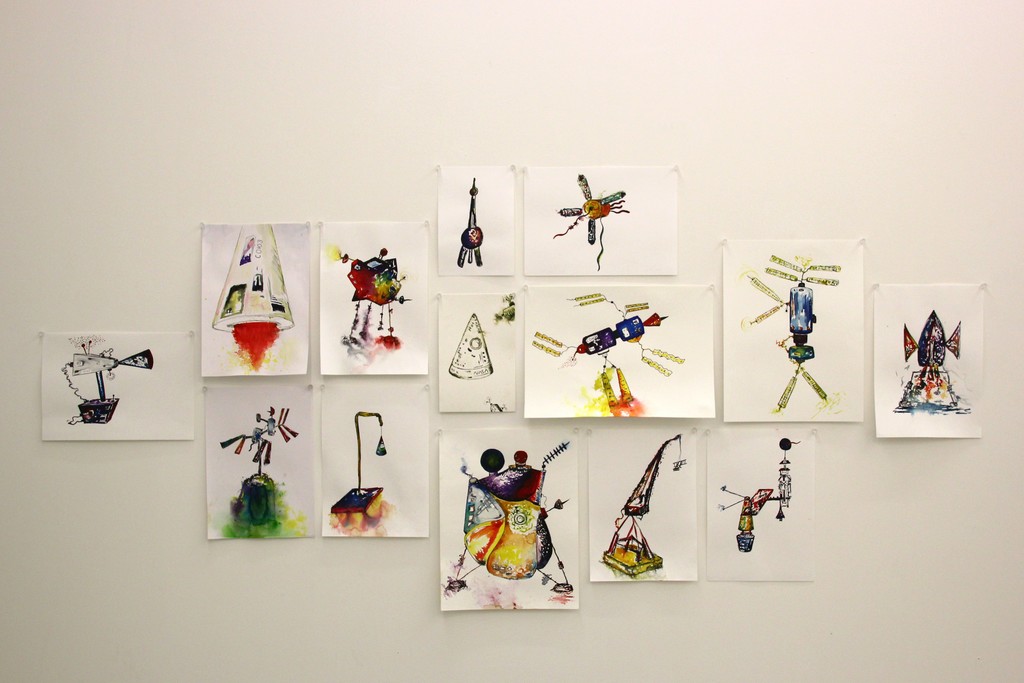 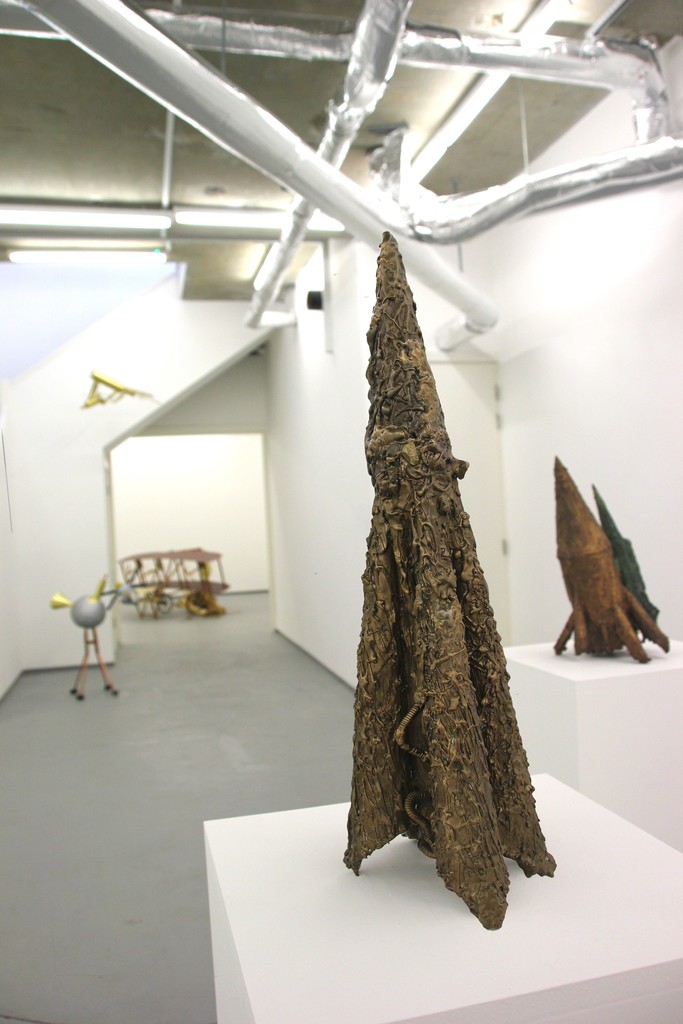 British eccentricity and obsessiveness is a significant area of Alex's practice through the creation of painstaking and intricate models. His works celebrate the combination of lo-fi materials such as paper or wax with a high art material such as bronze. Wood juxtaposes the two materials together to create amusing and unique sculptures that portray narratives relating to human endeavor or indeed failed attempts! His subject matter has included everything from the Titanic, to the world’s first ever flight in the Montgolfier balloon, which famously caught light over the roof tops of Paris.

But what intrigues and delights is the physical presence of his work. He uses unique bronze casting as a kind of drawing. First making complex armatures from cocktail sticks, wax and found objects, he then makes beautiful one-off casts that are then often juxtaposed with nearly weightless elements. It is these contrasts between a featherweight paper ship and a heavy bronze balloon that bring humour and a note of pathos into his pieces.

Human endeavor, science, sailing, the industrial revolution, space travel and risk are all displayed as if looked at and examined through a home made nineteenth century lens with charming results.

Notes for editors:
In 2014 Alex was selected as the first Foundry Fellow at Camberwell College of Arts where he created a series of space travel inspired bronzes including ‘Fly Me to the Moon’, a bronze space rocket based upon the 1902 Georges Méliès film“A Trip to the Moon”. ‘Hidden Depths’, is verdigris green patinated bronze with an ambiguous form now in The Patrick and Kelly Lynch collection. In ‘The Plume’ Alex created a Prussian blue coloured smoke plume, an almost ethereal object yet cast in bronze and in ‘Out of this World (Bus Number 9 to Aldwych)’ the wax bus rather than being discarded is elevated to the equivalent level of the bronze.

Alex was recently chosen winner of The Picton Art Prize and is currently embarking on a monumental sculpture. He has also been awarded in October 2015 a grant from The Elizabeth Greenshields Foundation in Canada. In 2015 he was shortlisted for both The Mark Tanner Sculpture Award and The Henry Moore Plinth Prize, and in 2014 selected for art residency in Beijing, China. Alex was resident artist at Tokyo Wonder Site in Japan in April 2013, where he exhibited in Tokyo and London.

He was recently commissioned by Penguin Books in 2015 to create a sculpture for Foyles Flagship London store. Whilst on MA Fine Art at Chelsea Alex was the 2013 recipient of The Patrick and Kelly Lynch Scholarship where his work is held as well as in various other private collections in the USA and Europe as well as the University of the Arts London collection. In both 2013 and 2014 he was shortlisted for The Clifford Chance Sculpture Award.