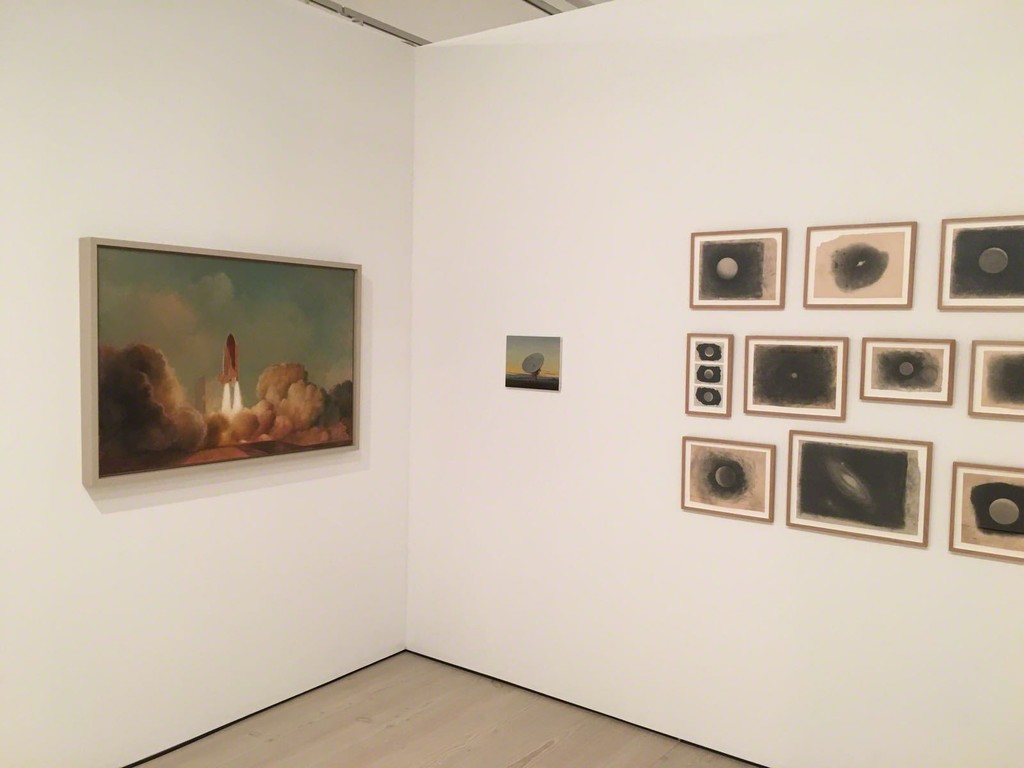 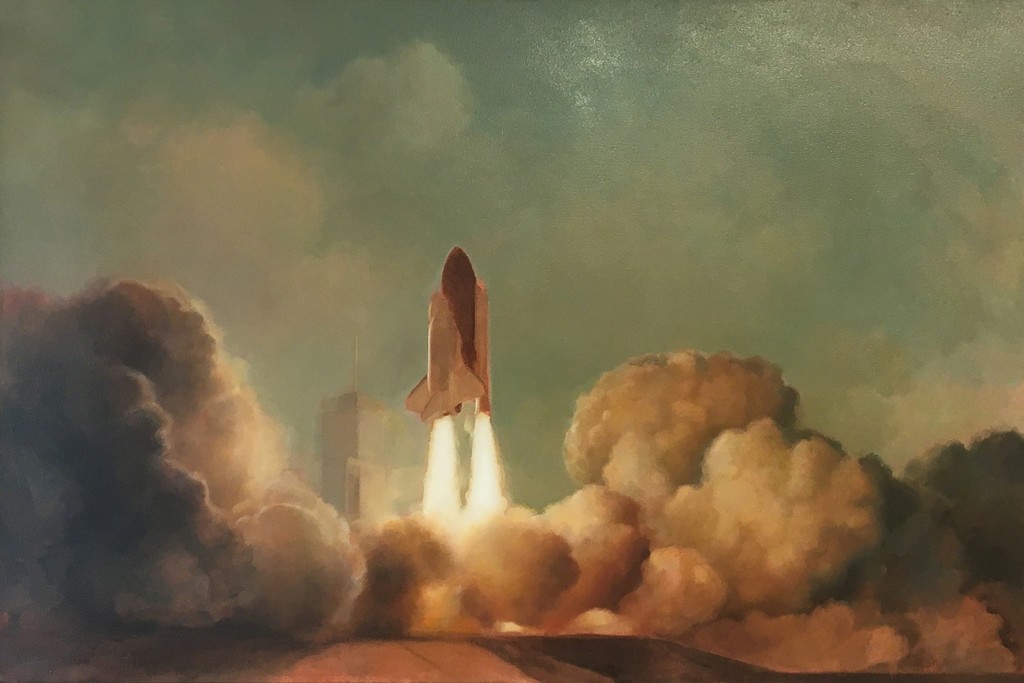 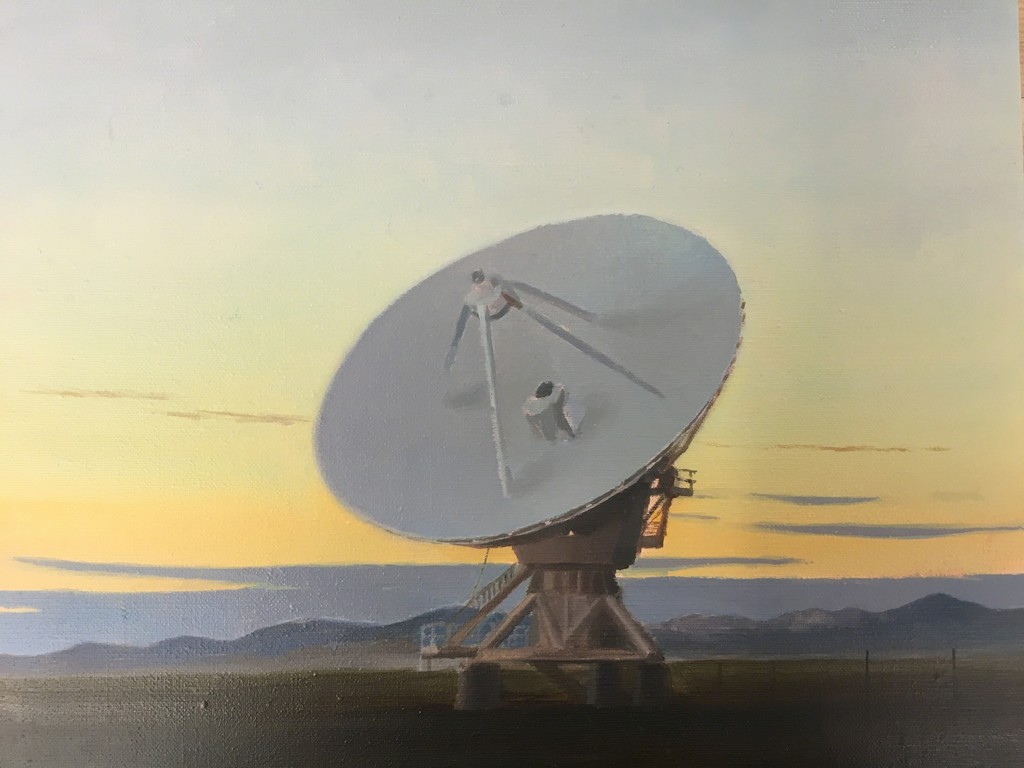 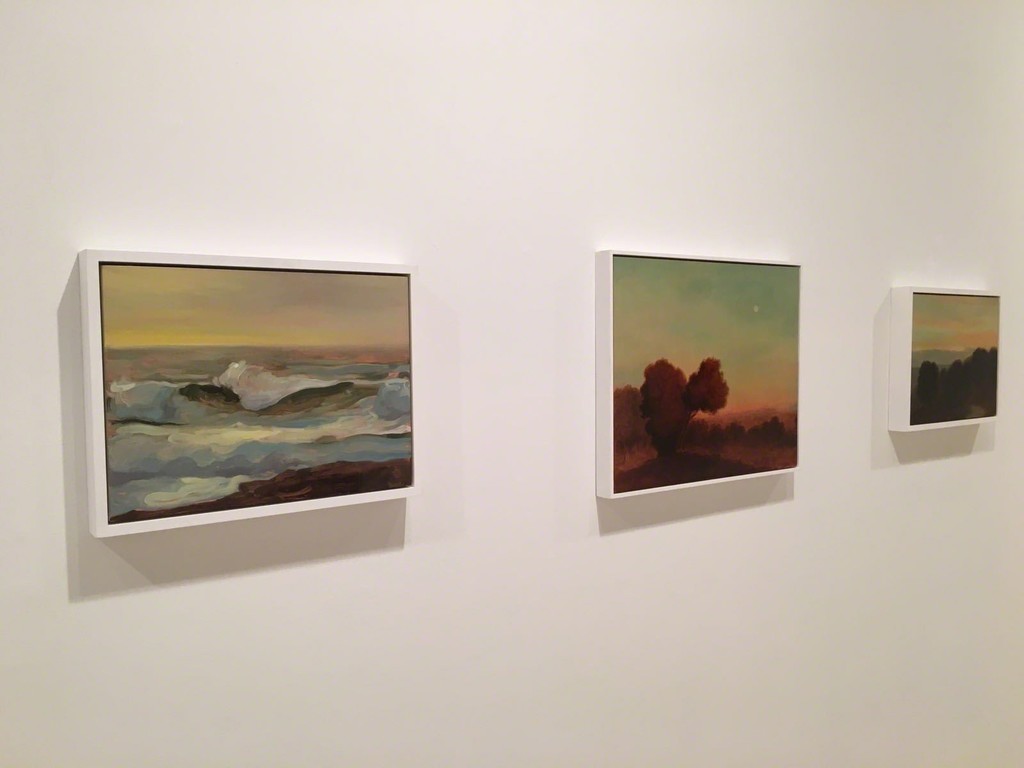 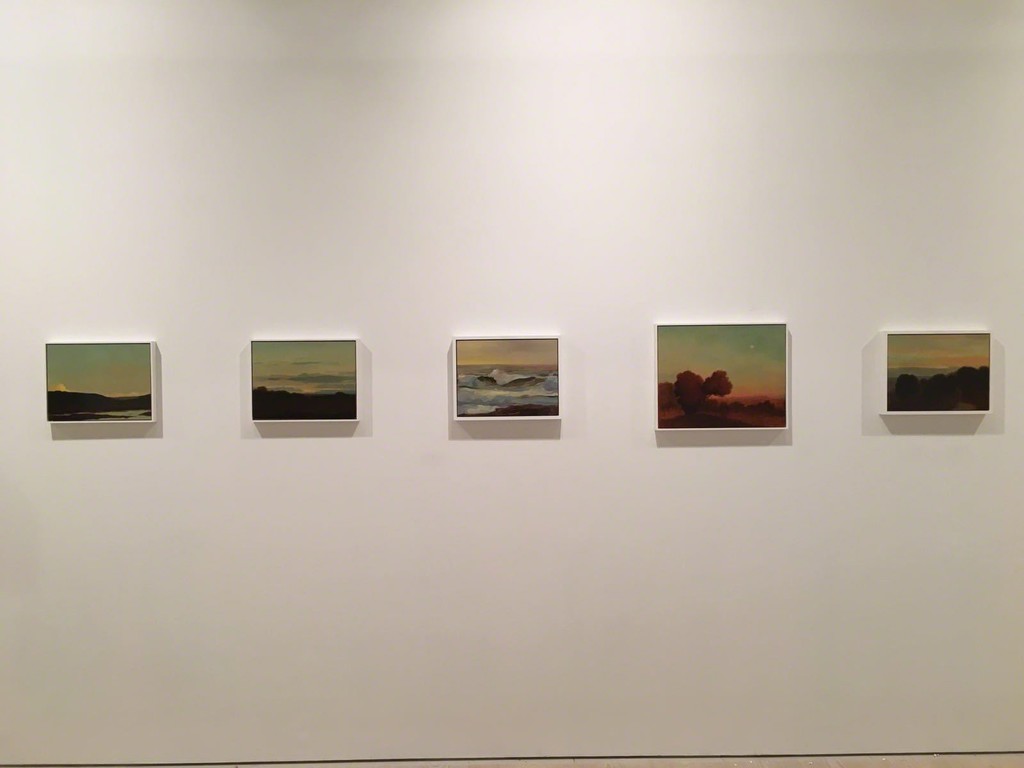 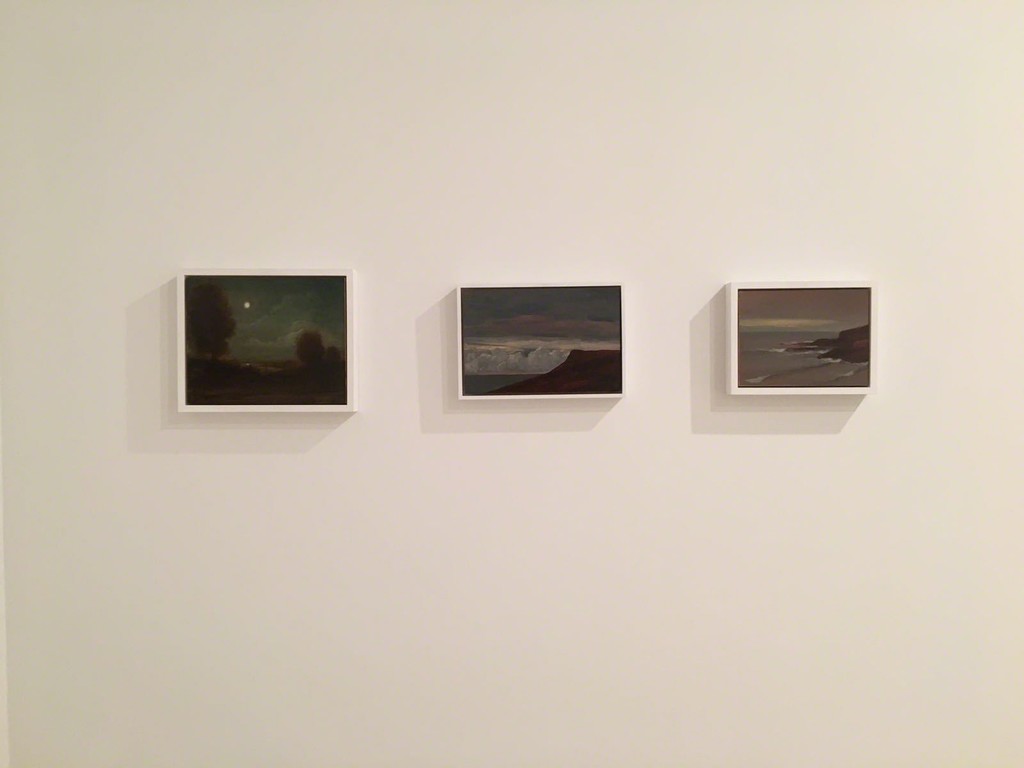 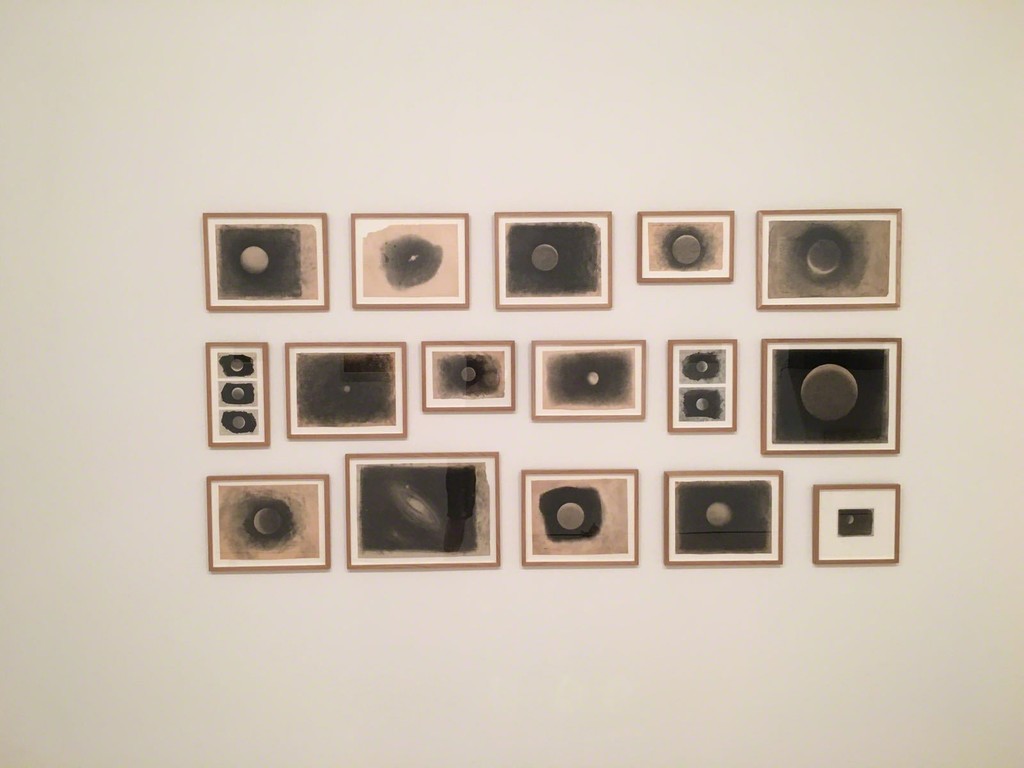 REVIEW OF ENGLISH MAGIC AT NEW ART PROJECTS 2015 by Mickey Georgeson
Fergus Hare has the clearest art-historical link to a Neo-romantic English kind of magic. His chosen motif of the moon illuminates a direct passage to the ethereal realm of Samuel Palmer’s cocooning countryside. Hare’s work is as much an essay in the alchemy of ostensibly traditional painting techniques (glazing, scumbling, al la prima) and their ability to summon up a fleeting glimpse of wonder as it is about the history of English painting’s connection to the spiritual essence of landscape. Standing before his nocturnal scenes one is reminded of the ever-receding possibility, in a digital age, of escaping context when gazing up at the night sky. Like all good magic there is an element of risk to Hare’s work because the moon itself has always been an immutable symbol right from when it was first witnessed. To make the moon reappear as object of wonder is the show’s finale.